This is currently the most difficult hunting ground in the world of Black Desert.

It is harder than the infamous Hystria Ruins in Valencia, but the rewards are even more amazing. Only the greatest Adventurers with the best gear can survive in this hunting ground.

But, this can also be the land of opportunities as well.

You will also find the structures Tower of Restoration, Sycraia Force Field Defender, and Sycraia Eye of the Deep Sea.

Abyssal Zone of Sycraia Underwater Ruins is a large scale hunting ground. There are areas in between where you have to swim across to get to another part of the ruins.

Similar to the Upper Zone of Sycraia Underwater Ruins, you will not be able to find your location in the world map. You will need to familiarize yourself to the surrounding elements. 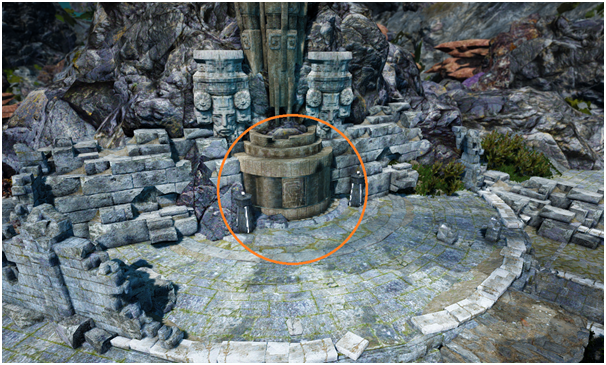 ▲ Look for the structure shown in the picture above, inside the Upper Zone.

You need an item to interact with the structure shown above to enter the Abyssal Zone.

The item is obtainable from the Upper Zone and Protty Cavern.

If you were not able to get them, you might be able to find them available on the Central Market. 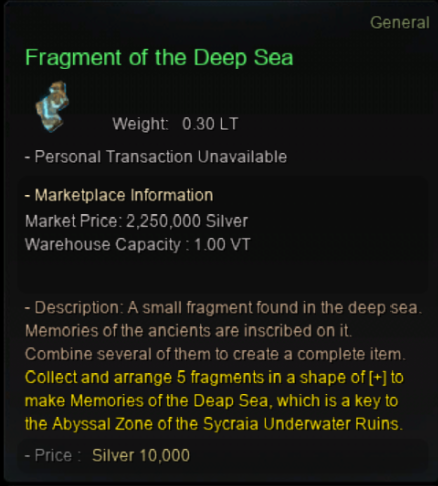 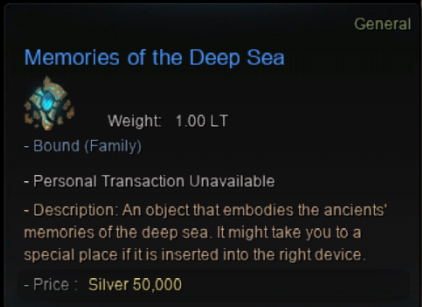 All monsters in the Abyssal Zone of Sycraia Underwater Ruins are melee. 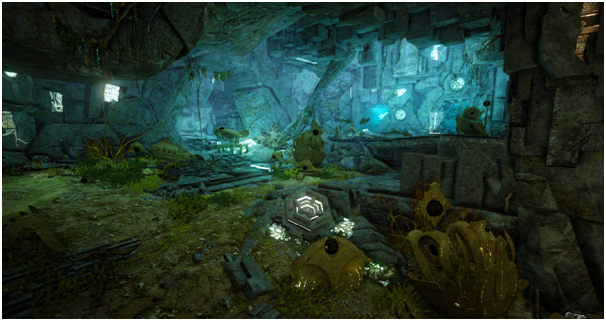 ▲ The view inside the Abyssal Zone where you can find the remains of the ancient ruins.

- It is harder than the previously hardest hunting ground - Hystria Ruins.

- If the Sycraia Force Field Defender, Sycraia Eye of the Deep Sea, Sycraia Tower of Restoration are left to their own devices, you may not survive the fight. Be sure to take them out first.

- The area is large enough that even if you see another Adventurer here, you should be able to go on your own route without much trouble.

- You will need to stay on high-alert the whole time you are here, so defeating monsters for a prolonged amount of time may be difficult.

As it was mentioned before, this hunting ground is harder than Hystria Ruins in Valencia.

We are providing guidelines for how much AP and DP you will need, but the most important factor is your skill and concentration.

If you find this place too difficult to tackle on your own, ask a friend or Adventurers in world chat to form a party with you.

This place may be difficult for a single Adventurer to go on their own.

As it is the hardest hunting ground available, it may be hard even for Adventurers of high level, AP, and DP with the best gear.

It is recommended for you to go as a party, but you can try it out solo once you're used to the area.

You can never let your guard down, especially at night when the monsters grow stronger.

Despite all this, the allure of the expensive loot is sure to keep top tier Adventurers coming back.

You will also not be able to find your location in the world map like the Upper Zone. You will need to familiarize yourself to the surrounding elements and make your own route.

You can enter different caves that are separated by water. Explore the whole place to find your own spot.

As this is the hardest hunting ground, fights may break out often. Make sure you are ready to face any opponents at any given time.

Tungrad Ring, Ancient Power - Black Shard, Ancient Creature's Scale, and other drops from here are sold at high prices on the Central Market.

However, that goes without saying, this place is a challenge even for the best out there.

Many will die at the hands of the <Ancient Weapons> if they lose their focus for even one moment.

Still, if you feel like you’re ready for the challenge and want to try getting these great items, then dive in to find the Abyssal Zone of Sycraia Underwater Ruins.