Guild mounts are not owned by an individual but the actual guild.

Anyone that is a member of the guild can use the guild mount if their guild has them.

As such, they are useful to the guild as a whole.

One type of guild mounts are elephants, which play an important role in Node War and Conquest War.

They are great at destroying barricades and defensive structures. 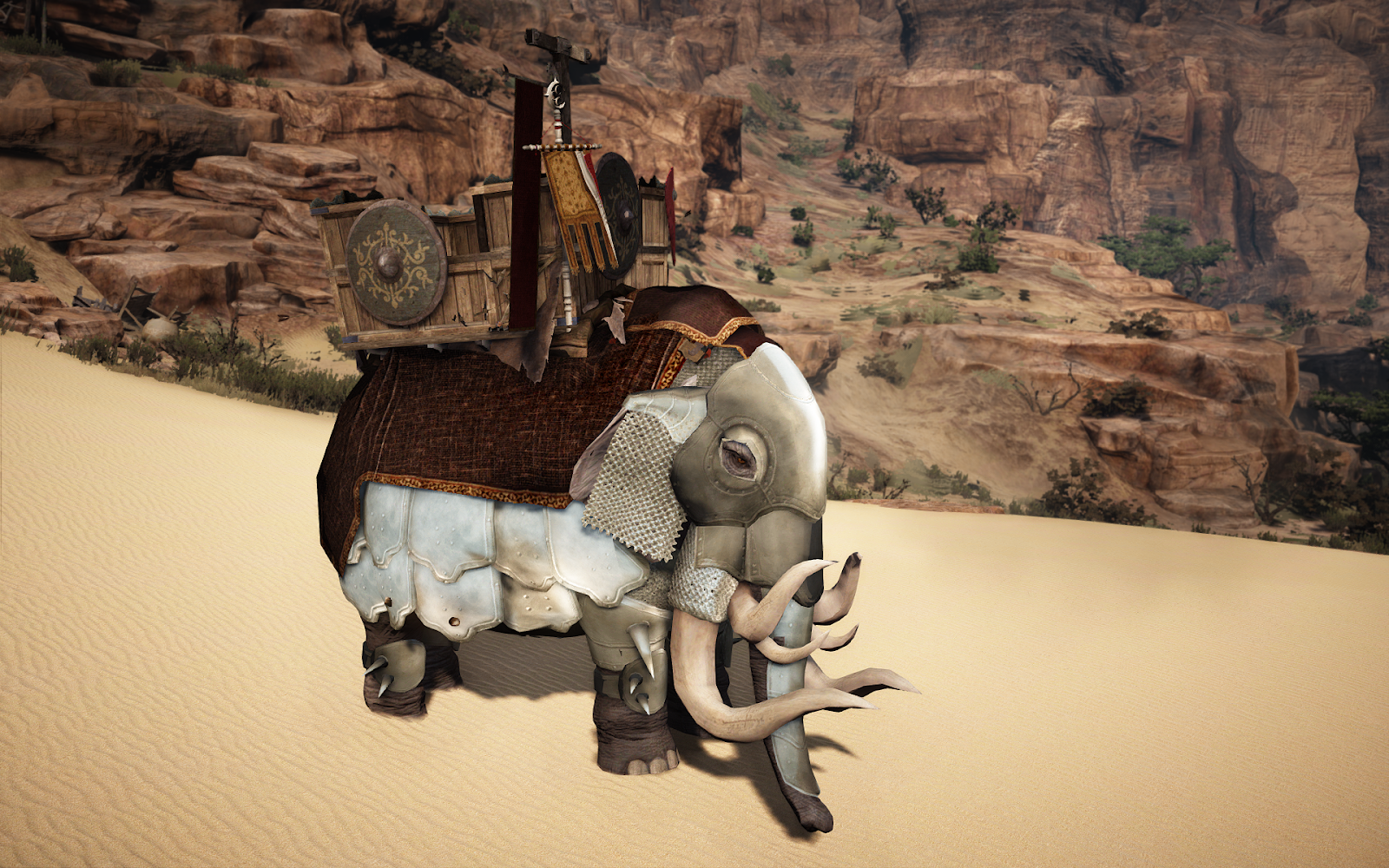 To get guild mounts you must either complete a special quest, or win the in an auction to get a permit to a guild house and have guild skills.

Getting the Elephant I: Completing Quests

One option is to start the quest ‘[Guild] Gathering everyone’s strength’ that only the guild master can complete. If you are the guild master, you can find the quest by opening the quest list using the hotkey ’O’ and going to the ‘Suggested’ tab. This quest later continues onto ‘[Guild] Gathering strength once again’ and ‘[Guild] Our Guild’s Capability’. You will get the ‘[Guild] Registration: Valencia Elephant’ once you complete all of these quests. A guild can have up to 3 elephants. 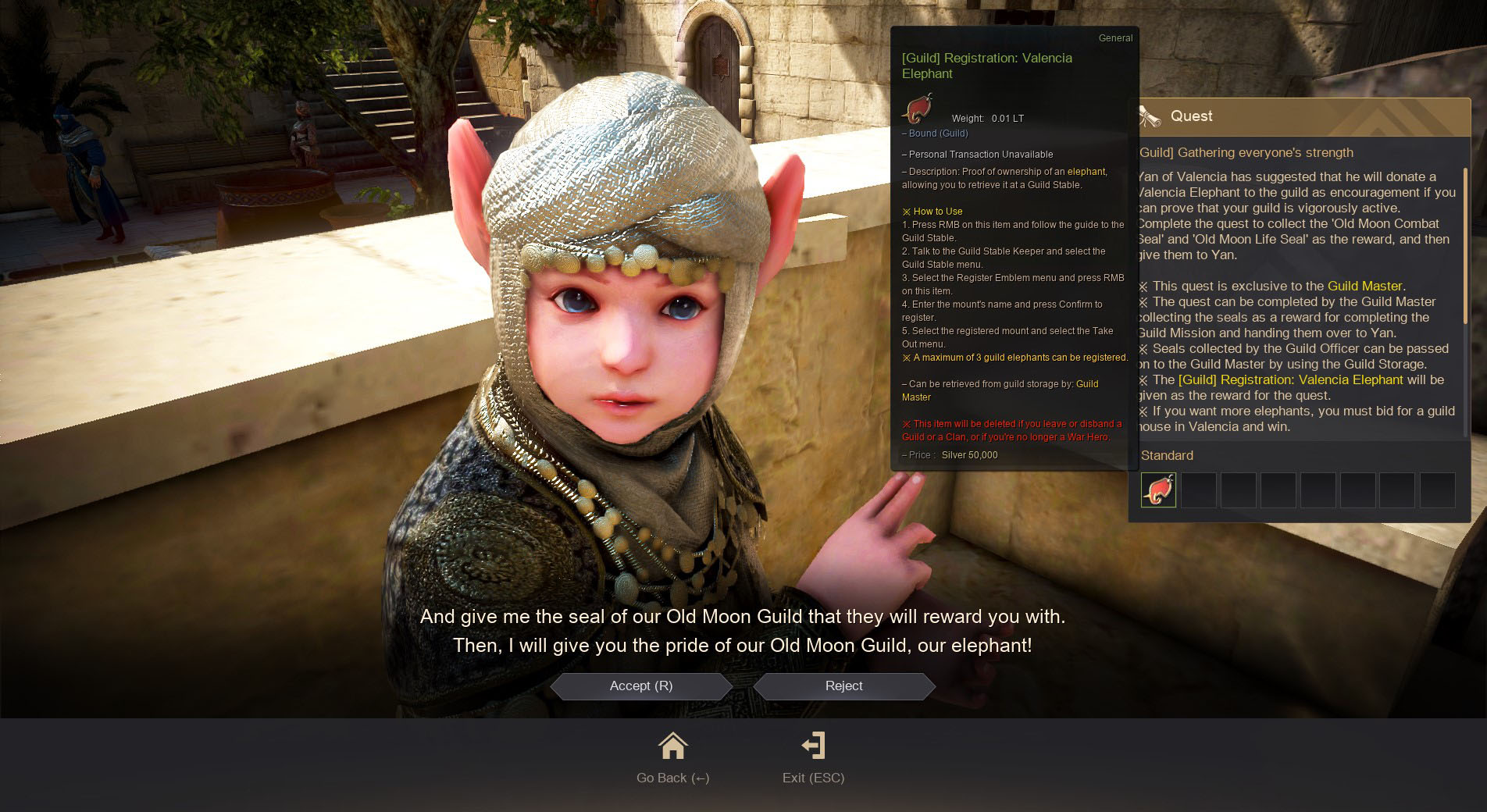 ▲ You can start the quest for the elephant registration by talking to Yan in Valencia.

Getting the Elephant II: Guild House

The other option required you to get a guild house through an auction and open an ‘Elephant Nursery’. You’ll need the guild skill ‘Monstrous Force’ to open the nursery. The guild house auctions in the Valencian continent are held at the capital city Valencia and Sand Grain Bazaar. 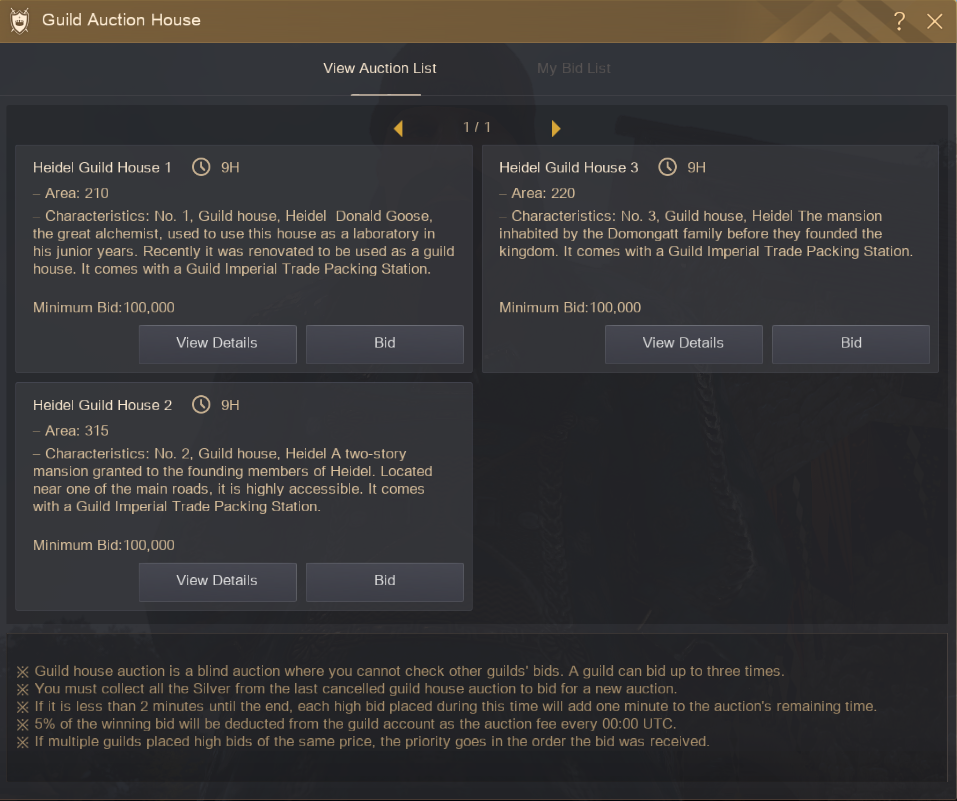 ▲ Guild house auction is nerve wracking as it is a blind auction.

First, you will need to tame a baby elephant and raise it.

Baby elephants can be found on the plains and in wild regions of Valencia.

You tame baby elephants the same way you tame horses.

Use a rope then left click to toss it towards the elephant and tie it. Then use the direction keys to move towards it. Also, continuously hit the spacebar to calm the baby elephant if it raises its front legs.

Once you reach the baby elephant, open your inventory and feed it ‘[Guild] Desert Peanut’ until it‘s satisfied. You can purchase the peanuts through the Guild Stable Keeper using your guild fund. You will successfully tame the baby elephant as long as the baby elephant doesn’t kick you and runaway.

The baby elephant will follow you if you have successfully tamed it.

Bring it to the Guild Stable Keeper and click on the ‘Register’ button.

The baby elephant will be exchanged for an item used for guild crafting. The item will appear inside your inventory. 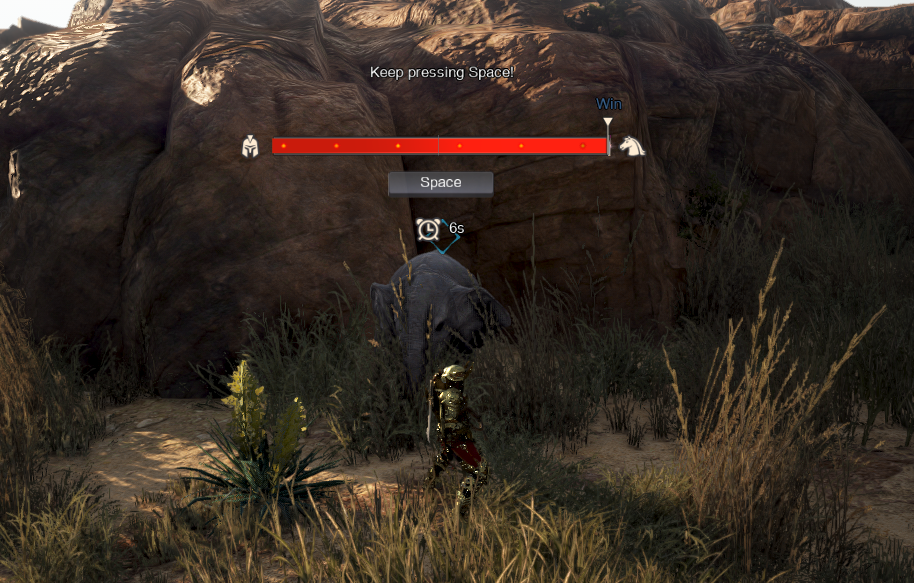 ▲ The baby elephant will try to resist you by doing wild movements.

Now you can place the baby elephant in your guild storage and send workers to raise it.

Please note, you cannot raise the tamed baby elephant before you register it.

The rest of the materials required can be bought from the Guild Shop.

You can craft the elephant using the special process called ‘Guild Manufacture’. It can only be done in the guild house. 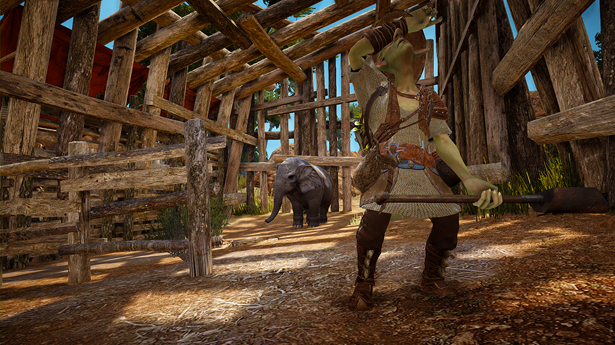 ▲ You can watch the elephant actually grow in size in real time.

▲ Some of the materials needed can only be made in the guild house through Guild Manufacturing.

The fully grown elephant will be placed in the guild storage as a registration.

Take it to the Guild Stable Keeper and register it to complete the elephant. The elephant can make a big impact on the battlefield.

You need the ‘[Guild] Registration: Valencia Elephant’ to raise the Cadria Elephant (Tier 2).

That’s because you need to use special magic on the Valencia Elephant (Tier 1).

So do not register the Valencia Elephant when its made.

The registration is a material for the Cadria Elephant.

The registration must be completed before the other materials can be used.

It isn’t cheap to raise a Cardia Elephant. However, it is faster, has more HP, better acceleration, handling, brakes, and physical abilities. It is also born with a maximum of 3 skills that are useful on the battlefield. Of course, you could get unlucky and it could be born with only 1 skill. 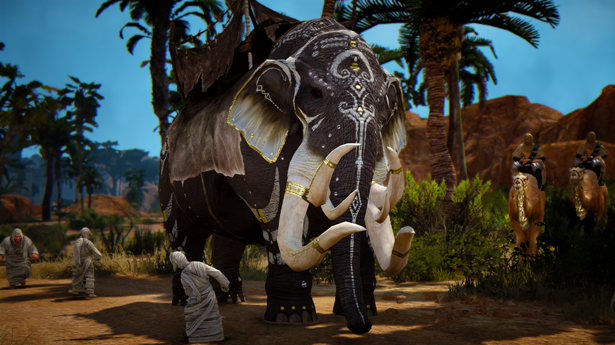 ▲ Even the appearance of the tier 2 Cadria Elephant intimidating appearance.

Making a guild mount is a difficult process.

Guild Mounts are made with the sacrifice and support of your guild members.

The elephants can be used to help your guild achieve victory in Node and Siege War.

The elephants can be used for both offensive and defense during Node and Siege War.

Especially on offense, they are effective in destroying barricades and defensive structures.

The elephants can block the access point of enemies if they have the skill ‘Fore Chop’.​​​​​​​