Removal of the Imperial Delivery Limit 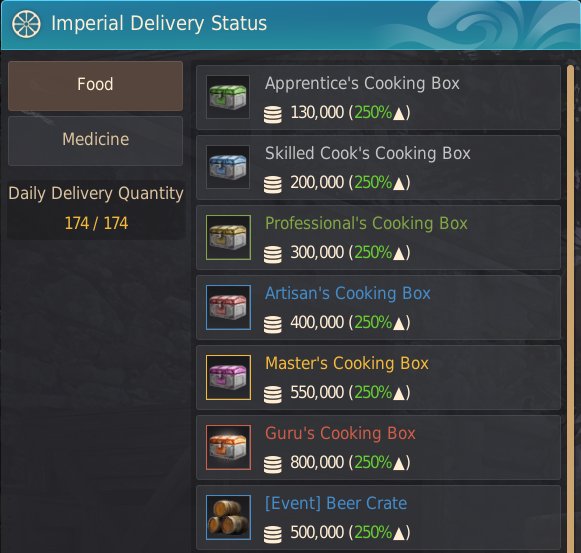 In our last update to Imperial Delivery, we had added the Heavy Duty Packaging Cord item, which you could use to mass package imperial cooking/alchemy boxes. For this update, we made changes so that you can deliver imperial cooking/alchemy boxes regardless of the limit set for each territory and server. We recognized that the limits set on the number of boxes that you can deliver for each territory and server was unnecessarily tiring for our Adventurers. With this change, you will no longer have to compete with other Adventurers to deliver your beautifully packaged boxes to a nearby Imperial Delivery Manager NPC.