The last set of awakenings has finally reached the world of Black Desert Online!

Witch and Wizard can now commune with the primal power of the elements through their new weapons, the Aad Sphera and Godr Sphera. The mighty combinations of earth-lightning, and fire-water await you!

A society of knowledge, the sages of Labreve,

an organization of delightful, flourishing Witches.

nurtured the group to push boundaries.

Let their imagination bloom and soar,

Their efforts bore fruit, the fruit of enterprise.

Exciting news, Teleport is here! But

Under no circumstance would she cease to inquire.

Toward different dimensions, joyfully she hopped.

There she made an astounding discovery,

Marvelous, but not quite a magical encounter.

She must pursue, such is her desire.

Beware of the dangerous moves of Wizard, freely switching between fire and water!

Hope this letter finds you well. How have you been doing these days? As you may already know, things have been quite hectic. I have been worrying that your great mind might have been bothered too much because of all this.

Let me save your precious time, if I may. Our plan was successful. The young Wizard, who normally goes by the nickname “Lord Red,” was obliterated and reappeared in another dimension. To our surprise, we did not have to lift a finger, for his own pride and enormous power did our work for us. What a waste of talent. He was by far the most gifted Wizard this world has ever seen, but his hubris and ambition consumed him in the end. That is how I assess this incident.

My dearest, most revered Master,

The day of Red’s rampage was pure horror. Do you remember when Red invented a new form of magic gear called Sphera? What a marvel. But the fire-type Sphera was the problem. Its power was too great for anyone to properly handle. Red could somehow manage it, but not for long. As we all know, Red totally lost his mind when he tried to take control of the entire Gord-Ayed Tier using that fire Sphera.

But rest assured, most admirable Master.

Lord Red is no more; he has disappeared into another dimension. The stress and pressure he is enduring there must have taken much of his power, and his youth. I heard that a brilliant young Witch from Labreve has successfully executed a teleport and entered another dimension. I am a bit worried that Red might encounter that Witch. She is full of pure curiosity, just like Red used to be. I just hope that the Witch does not rekindle the dying curiosity in Lord Red’s mind. We cannot afford to lose such a great talent once again, can we?

I already did this in person, but again, congratulations on taking the reign of the Godr-Ayed Tier. A commemorative supper I will be preparing is quickly approaching. I will be counting days until then. I hope you like King of Jungle Hamburg!

P.S. The falcon has the egg.

Summon a couple of reliable keepers, and your Witch should have various combat options at her hands. 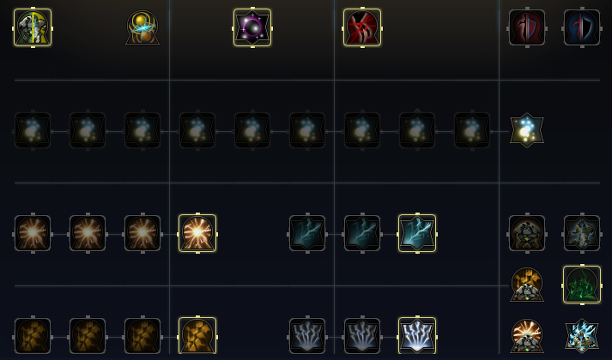 With the new awakening weapon, Witches can literally sweep the battlefield with disastrous skills.

Summoned Gorr will perform melee attacks and protect the Witch.

Summoned Tett will perform ranged attacks and protect the Witch.

Instantly decreases the attack, movement, and casting speed of the target.

Your MP will slightly be recovered upon using the skill, and the target will be launched and fall to the ground.

Maximizes the force of the lightning and inflicts an enormous explosion ahead.

Learn the “flow” skill to inflict even greater damage by summoning Tett.

Lifts up the energy of the ground and successively projects that energy forward.

Wizard’s mercilessly destructive awakening skills are based on fire and water elements.

Learn to work with the two guardians you can summon to expand the horizon of Wizard’s combat ability. 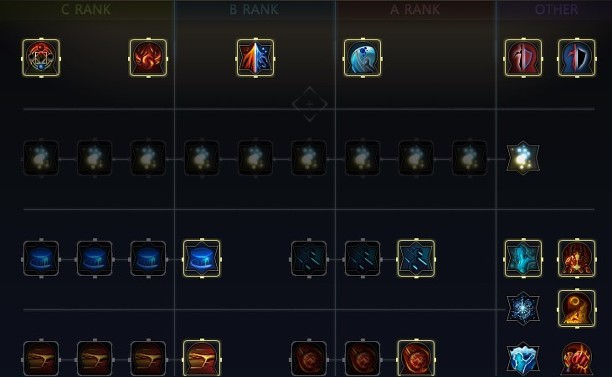 In addition to the stronger combat abilities, players will enjoy the spectacular and vivid skill effects based on fire and water elements.

Summons Marg, the keeper of fire. Summoned Marg will perform melee attacks and protect the Wizard.

Summons Arne, the keeper of water. Summoned Arne will perform ranged attacks and protect the Wizard.

Creates a huge barrier of water to lock up the target and inflict considerable damage.

Using the power of fire magic, it instantly captures the target and throws it to the ground.

Summons an enormous flame of doom and lets it fall onto a designated area.

The flame is supposed to leave nothing behind.

Arne will create a massive wave ahead.

Anything swept by the wave will hardly survive.

Be the first to check out the new and improved Witch and Wizard!

Enjoy the long-awaited awakenings. Thank you. 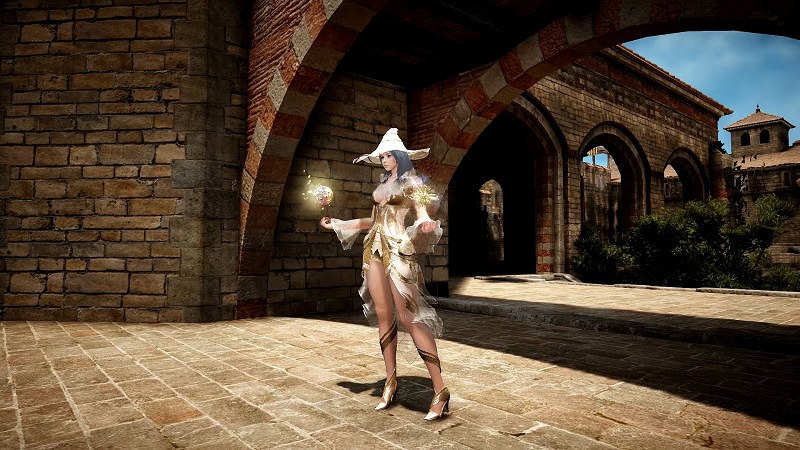 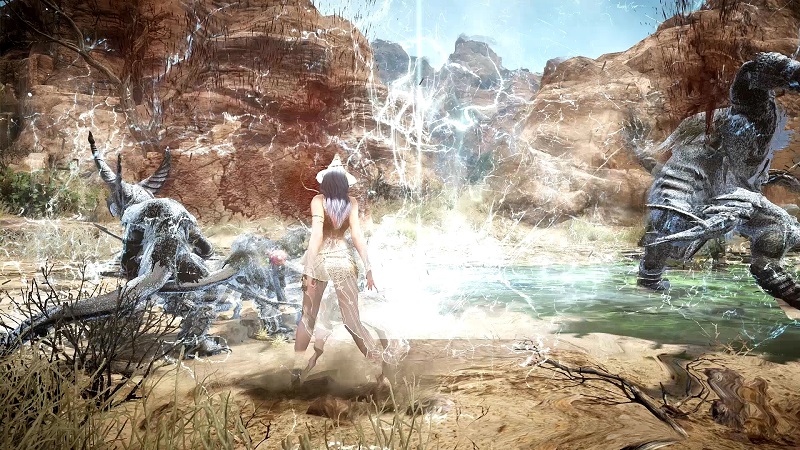 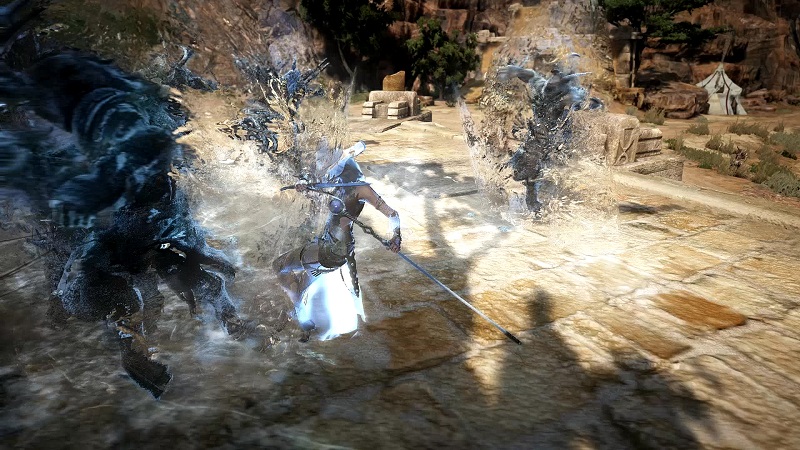 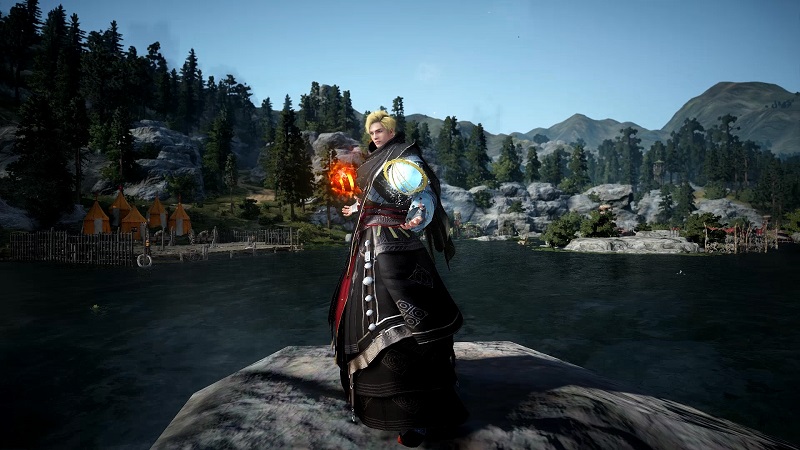 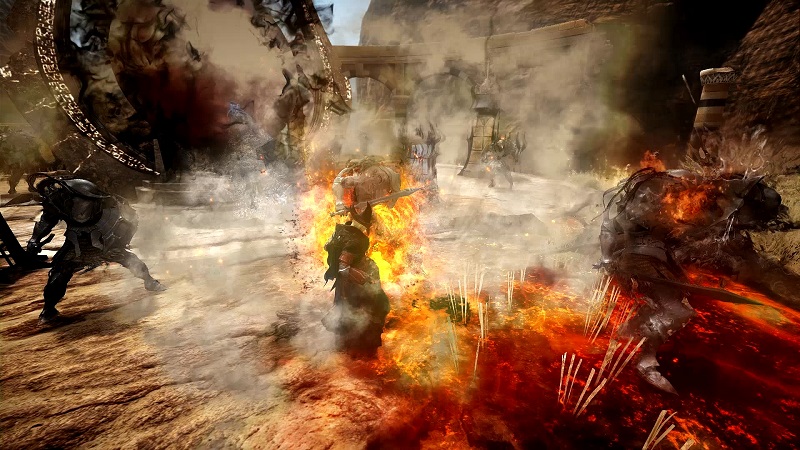 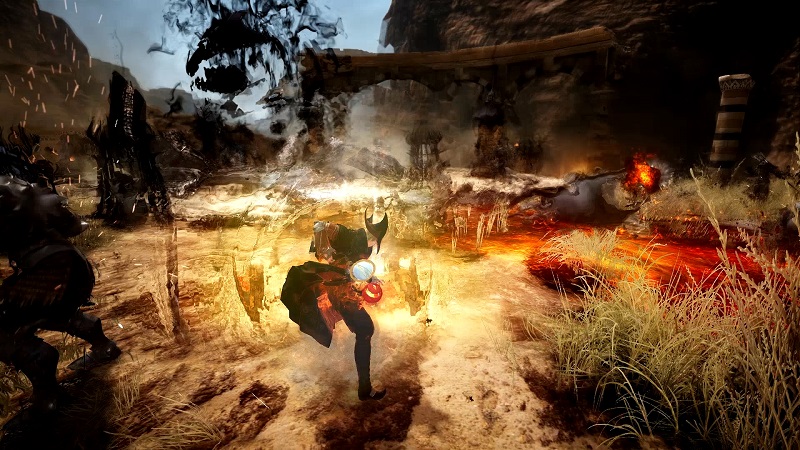 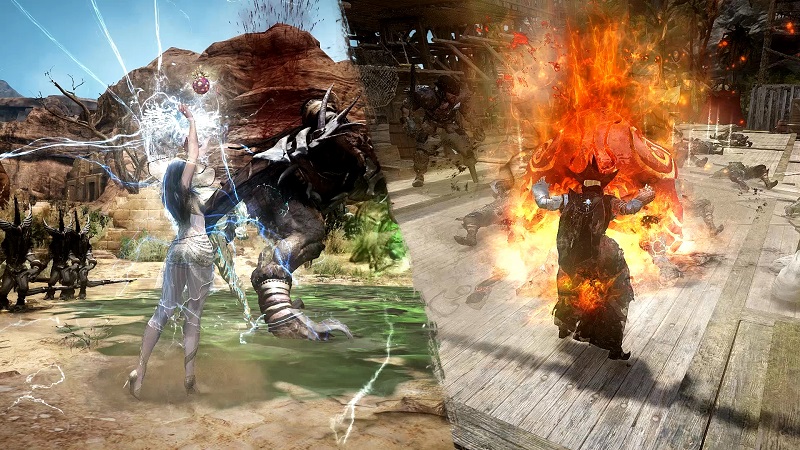