Today, we introduce the Awakened Ranger and the story behind her power.

Ages ago, the children of the Goddess Sylvia, Ganelle and Vedir, descended on Kamasylvia. In the wake of their destructive conflict, the Kamasylven Sword was created and granted to Rangers who displayed a great strength of will and physical prowess.

On October 12th, 2016, the Ranger will be awakened by the true power of the Goddess!

“The Last Gift from the Goddess: The Kamasylven Sword”

At the beginning of time, before recorded history, a sacred tree took root at the highest point of the forest.

The Goddess Sylvia descended upon the forest with the Elves of Nature, and gave the tree a name: Kamasylve. Using the energy of the Sun and Moon, she created life to fill the forest that would be known as Kamasylvia.

In addition to the beings she created to fill the forest and land beyond, the Goddess also bore twins. The first, who resembled the Sun, she named Ganelle. The second, who resembled the Moon, was named Vedir. Once her children had grown, Sylvia granted them dominion over the land she had filled with life, and sealed her will into Kamasylve, the sacred tree, before ascending back into the heavens. The twins established a civilization which prospered under the sheltering branches of sacred tree and watchful eyes of the Elves.

The power of Kamasylve was abundant, allowing the descendants of Sylvia to grow complacent and ungrateful for the blessings the sacred tree granted. This lack of vigilance allowed the Dark Elves to infiltrate Kamasylvia, ravaging the land and leaving devastation in their wake. The descendants of Sylvia were unable to defend themselves from the Dark Elves and turned to the Kamasylve for protection, draining its bounty of energy dry. As its last task before entering into hibernation, the sacred tree granted Ganelle and Vedir some of its oldest branches.

Ganelle and Vedir studied the tree, attempting to understand the power it once held. The branches Kamasylve left them could be altered with the power and strength of their spirit, transforming it into a blade they could use to protect their home. This ability, along with the art of wielding the new Kamasylve Sword, was passed on to their kin. This, in turn, created an army of guardians. These Rangers would be responsible for protecting and safeguarding the citizens of Kamasylvia from invasion.

Though the tree was dormant, the Rangers repelled many invaders who came in search of the power that Kamasylve once possessed. In order to remain triumphant and free, the Rangers continued to improve their skills with the Kamasylven Sword and adopted the use of longbows. This allowed them to fight more efficiently; using the forest as a shield and picking off their enemies at range.

Though the Rangers remained victorious, Ganelle and Vedir began to disagree over the use of the Kamasylven Sword. Ganelle, descendant of the Sun, sought to commune with the spirit of the sword while Vedir, descendant of the Moon, wished only to dominate the spirit of the sword and bend it to his will. This argument grew until the Rangers were embroiled in a civil war. As hatred and bloodshed spread across the land of Kamasylvia, the sacred tree awoke.

In its sorrow and pain, Kamasylve revoked the power imbued in its branches, preventing the Rangers from continuing their war with weapons intended to protect the land that was their home. This was not enough to heal the schism between the two clans, however, and the descendants of Vedir left Kamasylvia in search of a new power. The descendants of Ganelle, however, erected a temple around Kamasylve, and remained to protect it.

In order to prevent another war, Kamasylve decided to only reveal the power of the sword to a chosen few who could be trusted to repel invasions and avoid conflict within the clans. These Rangers had to prove themselves to have great strength of will and battle prowess before being able to receive the blessing of the Goddess.

Before returning to its hibernation, Kamasylve left this message:

"Only those who can commune with the spirt and control the will of their hearts shall fully realize the power of Kamasylve."

Unlike the Ranger’s previous skills, Awakening Skills using the Kamasylve Sword are melee to mid-ranged.

Commune with the spirit and perform powerful attacks using the Kamasylven Sword. 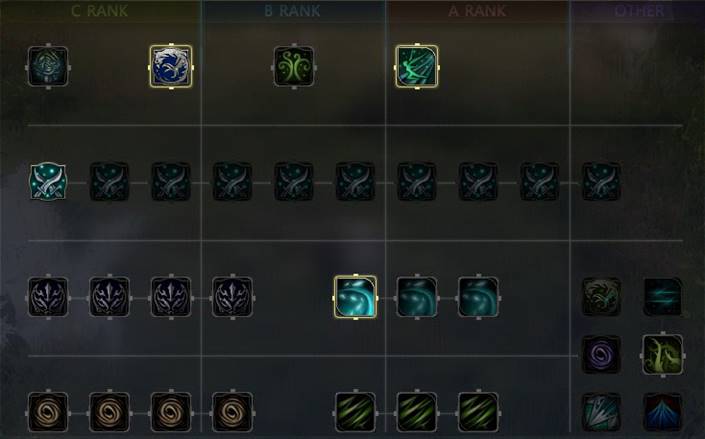 The following are some of the Ranger's core awakening skills:

This grapple attack allows you to springboard off your enemy, knocking them to the ground as you land some distance away.

This attack creates an illusion that deals damage to a group of enemies from mid-range, causing them to bleed and knocking them to the ground.

This skill is used while running, causing you to instantly dash and attack multiple targets.

Project the collective rage of the elves at the target. Keep in mind, however, that defensive mode is engaged while the rage is being charged.

Summon the spirits of Kamasylve in front of you to mercilessly attack the target, dealing tremendous damage.

Instantly disappear from the target’s sight and reappear above them to deliver a spin attack and inflict powerful damage to the targets within range.

At the top of Longleaf Forest, discover a book read and beloved by an old hero of the Rangers to start the quest “Last Gift from a Leaving Goddess.” You can get a glimpse of Ranger’s history from this story.

There are seven main quests, and you will have to finish an additional three "ordeal" quests on the way.

The foes you will have to defeat are located in the Mediah region, and should present you with little in the way of obstacles. 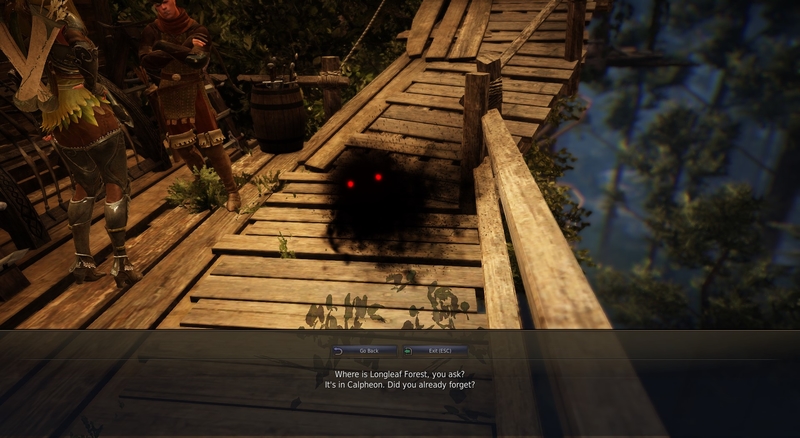 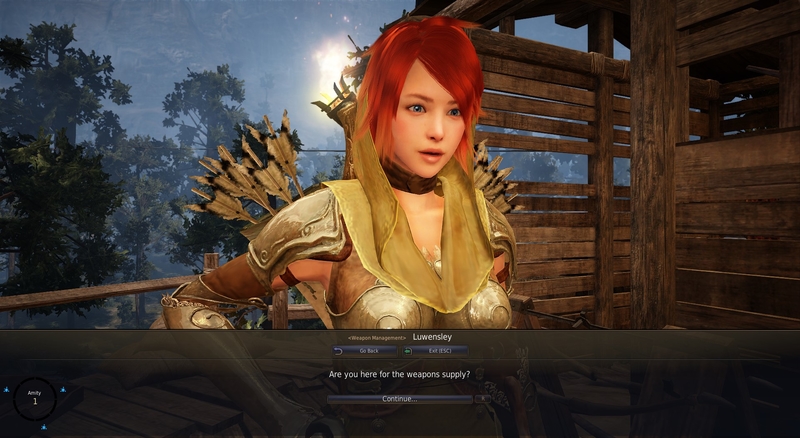 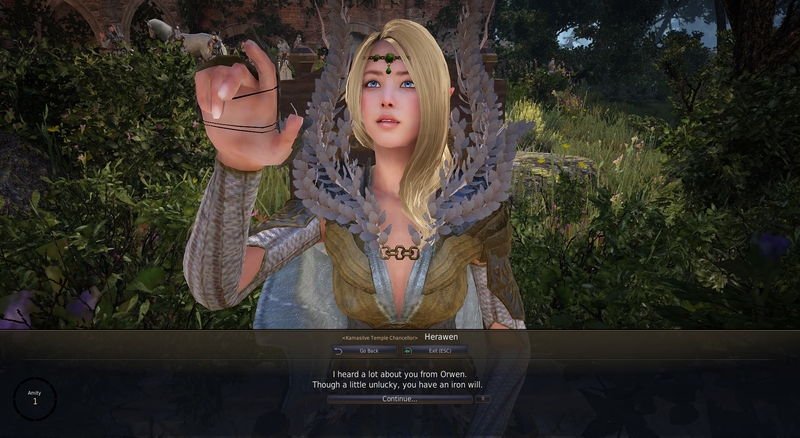 We hope you are thrilled about this new chapter in our Awakening Series. 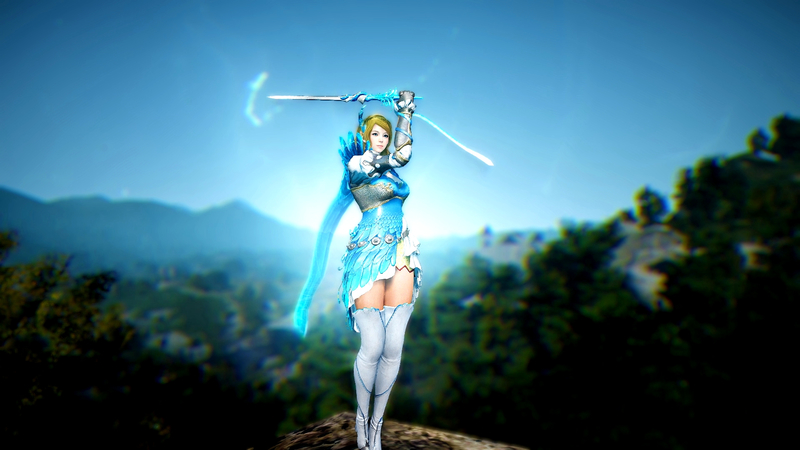 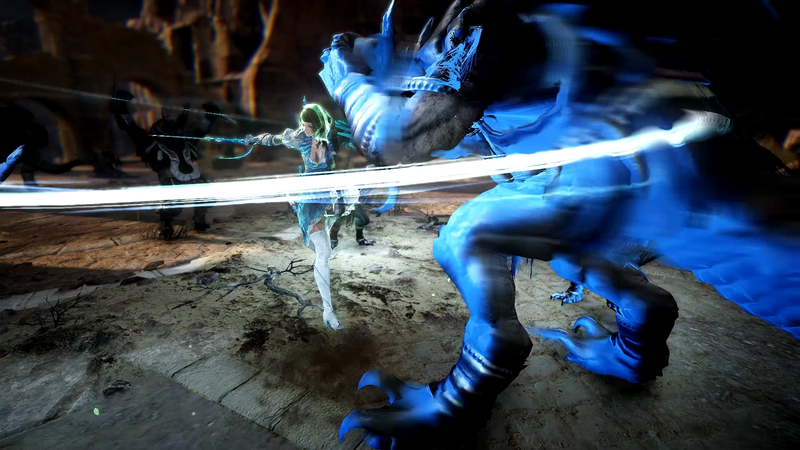 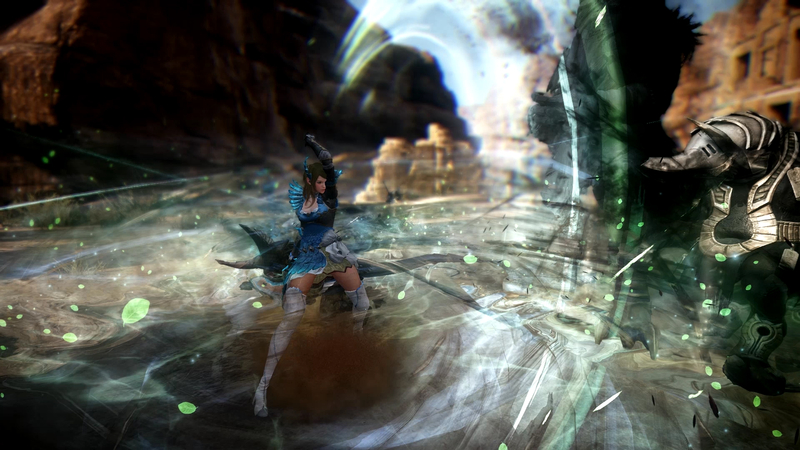