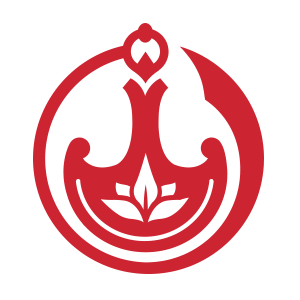 “Protector of the weak and annihilator of evil.”

In a faraway eastern kingdom, there was a towering castle, called Kirin. The growth that covered the back of Kirin Castle began creeping towards the inner walls of the castle.

The most prominent noble families of the kingdom were discussing the implications of this omen when a shadow started to creep upon the full moon. Then, a light started glowing from a distant part of the forest nearby.

The nobles also noticed a soft and gentle fragrance coming from the forest and surrounding Kirin Castle.

One of them, a reputed scholar, said, “This is the scent of an orchid. Isn’t it the most elegant of smells? This smell has been permeating the village nearby for several days already. Wouldn’t you agree it would be the most auspicious omen, and the plant giving off this fragrance would be priceless?” The king, hearing the scholar’s acclamation, commanded his soldiers to search the forest and bring him the source of the fragrance.

The king’s soldiers chased after the light in the forest for many leagues. They finally came across a glorious orchid flower. Underneath it was a baby as delicate and magnificent as the flower itself.

Soon, a rumor spread that the baby was a goddess of orchids who was reborn into this realm as a blessing from above to the kingdom.

The entire kingdom rejoiced. Even the king, who was reviled throughout his kingdom for his cruelty, vowed to raise the baby himself to become a protector of the kingdom.

The child had an unimaginable latent potential. Many martial artists of the kingdom, recognizing this, wanted to be the one to teach her. However, the king had his own ideas about what her education should be like.

She was taught to perform ceremonial sword dances at festivals and other special events. Even though she performed beautifully, she was not allowed to pursue any further swordsmanship.

At 16, the child became a shrine guardian and she took on many new roles. She did her best to advise the kingdom with her peerless mind and rhetoric. She wanted to put kingdom back on the right track after many years of rule by the reviled king.

The common people came to adore her for this. However, there was someone who distrusted her.

A man who was tired of being overshadowed by the shrine guardian’s spotlight.

This man was a treacherous courtier who schemed his way to his position and to become a confidant of the king.

One day, this treacherous courtier met with the king. He whispered into his ears, “For many years, I have been a loyal servant and advisor to this kingdom.

Isn’t it preposterous, even treasonous, that some flower child is acting like she has the right to give advise and decide the fate of our kingdom?”

This fed into the king’s existing fears. He had taken the orchid child in to try and win his people’s support. However, he had begun to worry that she was a threat to him, and was scheming to take his rightful throne. Knowing that she was immensely popular with his subjects, the king wholeheartedly agreed with the treacherous courtier’s whisperings.

He put the shrine guardian under house-arrest and only allowed her out to perform rituals for the shrine.

One day, a young man climbed over the walls and snuck into the shrine guardian’s residence.

The young man introduced himself Yeung Reung-Hyang. He was already a member of the court, but he claimed that one day, he will be the strongest person in all of the kingdom, as well as the most learned.

“I know that you have great potential, shrine guardian, and it’s just waiting to be released. Anyone can tell by how skillful you perform your ceremonial dances. Everyone who sees them is instantly captivated by your skills. Do you really want to spend the rest of your days with only your books to learn from?”

And so, they started their training together, unbeknownst to anyone else in the kingdom.

The shrine guardian, who was smart and gifted, was soon matched in skill with Yeung. As they trained together, both of their martial arts skill grew more and more.

As the years passed, the shrine guardian grew to be a graceful and wise woman and she was adored even more by the people in the kingdom. Meanwhile, words of Yeung’s martial prowess spread throughout the kingdom, and he became a hero figure to the common people.

During this time, the king fell more and more paranoid due to the schemes of his treacherous courtier. The king became jealous of the shrine guardian’s popularity. He wanted to banish her from his kingdom, but also didn’t want to give his subjects more reason to hate him.

One day, the courtier said to the king, “ I am fearful. That woman, that shrine guardian...I am sure she is trying to win over your people so that she can take your rightful throne.

You should command her to take Eshi Castle with that troublemaker Yeung. Can you believe he’s been trying to rally up the common people to his side?

You can use the opportunity to ensure they both will be killed. Only then can Your Grace rest easily once more.”

For countless years, the kingdom has been trying to take Eshi Castle. However, it was impregnable.

After the king gave the orders for Eshi Castle to be attacked again, Yeung and the shrine guardian started marching there straightaway. Although he thought it was strange that very little resources were allocated to this expedition, he did not dare question the king’s orders.

Besides, he believed that with the shrine guardian on their side, victory would be certain.

After all, although everyone knew of her mental prowess, no one else knew about her martial skills.

Six days they marched, and Eshi Castle was still nowhere in sight.

They ended up in a vast open field. The reeds swayed in the wind like the waves of a turbulent sea. Suddenly, as if all given an invisible signal, the vanguard turned their spears toward the shrine guardian and Yeung.

At that moment, Yeung knew...the lack of resources, the aimless wandering with the castle nowhere in sight...it was all a ruse planned so that they could be killed.

They both felt conflicted. It is one thing to lose one’s life to an enemy’s blade in the heat of a battle; it’s another thing to be fight your own fellow countrymen, the same people whom you thought were your comrade in arms.

The vanguard soldiers did not fear Yeung nor the shrine guardian and charged forward with their spears.

As Yeung and the shrine guardian stood still, shocked and conflicted, Yeung’s own men fought to protect him against the vanguard soldiers. As they fell one by one, Yeung could not help but cry out in sorrow.

He grabbed one of his fallen men’s weapons and started attacking with a vengeance.

However, he was greatly outnumbered.

When he was about to give up, he saw a Crescent Pendulum swinging and cutting through the attacking soldiers.

It was the shrine guardian. She had the Crescent Pendulum on one end and a sword on the other end of the piece of cloth Yeung gave her so many years ago. With this strange contraption, she was cutting through her foes in an elegant display of martial arts, the likes of which Yeung had never seen before.

She had apparently kept this skill secret even from Yeung.

He wondered...many countless hours, even years, went into perfecting this deadly art?

Watching her fight, Yeung felt a renewed surge of energy. If she hadn’t given up, he wouldn’t either.

Finally, the last treacherous soldier fell. The field was now well watered with blood, but despite the carnage around Yeung and the shrine guardian, they somehow smelled a strong fragrance of orchids.

Yeung, who was in bad shape and leaning heavily on his sword, said to the shrine guardian,

“Get away from here...and go west. If you go back home now...they will find another way to...try...and kill you. So head west...and keep on training. Maybe one day...when you are strong enough...you can come back home...but now...you have to leave.”

The shrine guardian was confused by Yeung’s rambling and tried to take his hand. However, Yeung slapped her hand away.

The shrine guardian suddenly noticed a sword piercing through Yeung’s chest. She understood then what Yeung was trying to say to her.

When Yeung saw that the shrine guardian was close to tears, he tried to comfort her.

Those were Yeung’s last words. As she gathered his dead body into her arms, those words kept going through her head.

Yeung was clever and fearless, and this was not how she had envisioned his life to end.

After she buried him, she found herself unable to leave his body.

She thought back to her life, how she was kept away from people and shut up indoors. She didn’t want to go back to that life.

She didn’t want to run away and become a sage either, living her life through books. She had fought and killed. She was a warrior now.

She had lost the person closest to her, but her story had just begun.

Thus, the shrine guardian promised herself.

She will go west, and she will keep training. And one day, she will be strong enough to come back home and face those who betrayed her and Yeung.

From now on, she will be the protector of the weak and annihilator of evil.

Lahns are agile and quick on their feet, and can quickly deliver devastating attacks by swinging their Crescent Pendulum. By careful manipulation of the swinging motion, they can even deliver back attacks with the Crescent Pendulum from the front as well as various combo attacks.

Here are some characteristic Lahn skills:

Delivers a sudden kick to the Crescent Pendulum, sending it flying towards the enemy.

Sends the Crescent Pendulum hurtling towards where the enemy stands.

Jump into the air to move a far distance swiftly.

Delivers a powerful spin attack that floats the enemy.

Charges toward the enemy rapidly, with the possibility to also attack.

See the unpredictable and devastating force of the Crescent Pendulum!