Savage Rift is a defense game where you and your allies must protect the Sealed Tower from what seems to be an endless wave of monster attacks.

Monster raids will flood in periodically and aim straight for the Sealed Tower.

Every adventurer participating in the Savage Rift must take down all monsters charging towards the Sealed Tower. 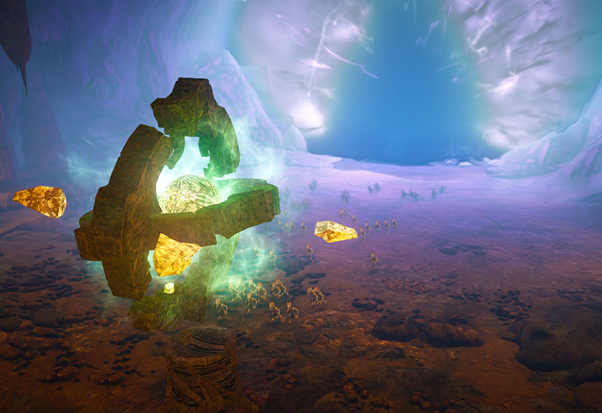 ▲ Protect the Sealed Tower from the monster raids!

Savage Rift is available for any character Lv.56 and up.

Press menu [ESC] - [Savage Rift] to check the status of the defense game.

You can enter any Savage Rift available for entrance.

Savage Rift can be accessed from 1st, 2nd, 4th, 5th, and 6th servers from the server groups excluding Olvia and Arsha Servers. 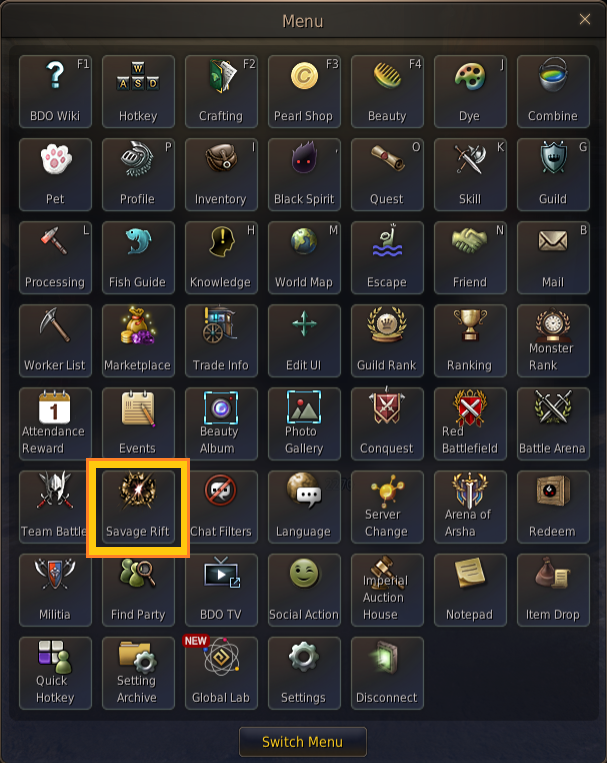 A maximum of 10 adventurers can participate in the event. The game will start automatically if at least 8 adventurers are participating.

From the start to the end of the 4th stage of Savage Rift, new participants may join the current party.

For a Platoon of less than 10 participants:

The Platoon Leader has to click on Enter Savage Rift button in order to participate in an available Savage Rift with his/her party members.

However, clicking on Enter Savage Rift button of a different server will only move the Platoon Leader and not the members.

Monster raid is composed of 25 stages, for about 20 minutes in total.

Monster raid will continue unless all the participants are defeated or the Sealed Tower is destroyed.

Stronger and fiercer monster raids will sweep in every next wave.

In certain stages, bosses like Red Nose and Giath will also appear.

Taking down such bosses will give you a chance to loot precious and rare items.

Utilize your Points to Succeed!

When you take down a monster, you can accumulate certain amount of Points which you can use to assist in your defense of the Sealed Tower.

Defeat the weaker monsters in the earlier stages of the monster raid to build up on points.

You can use these points to purchase exclusive items for Savage Rift such as Matchlock, Hwacha, and more.

Utilizing these exclusive items will help you take down monsters faster and with ease.

The go-to item in the beginning stages of the monster raids is definitely the Matchlock.

Make sure to have a Matchlock handy as early as possible.

Imp Soldier monsters can be taken down with just 2 shots from the Matchlock which enables even faster points build-up. 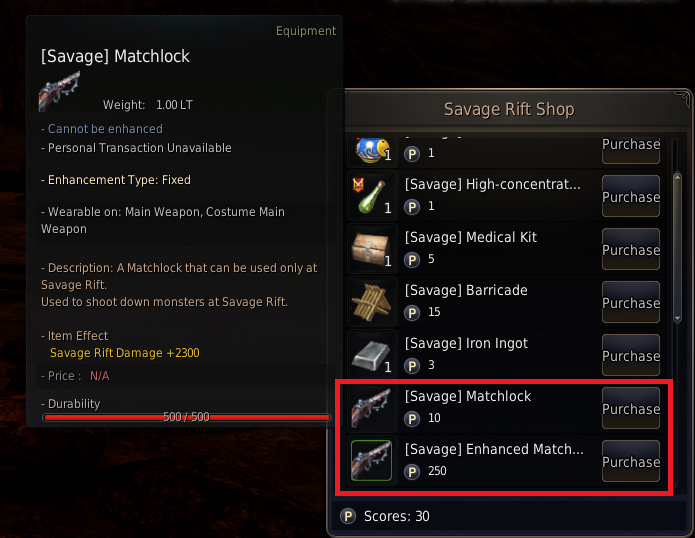 ▲ Points build-up will stack much faster if you have a Matchlock from early stages.

Co-op is also a crucial factor in the success of Savage Rift.

You can even transfer the points you have accrued to a fellow party member.

At times it might be a good strategy for multiple members to transfer points to a single party member to acquire a stronger weapon quicker which cost a considerable amount of points.

- Items purchased in Savage Rift can only be used inside Savage Rift and not anywhere else.

Points need to be used carefully to make sure you don’t run out for unexpected occurrences.

If you fall, resurrection cannot be done by yourself, but you need the [Savage] Medical Kit to be used by another party member.

(Resurrecting skills of a Witch or Wizard cannot be applied)

If the whole party is defeated, you fail the Savage Rift entirely so make sure to have some points left over or [Savage] Medical Kit purchased and stocked beforehand. 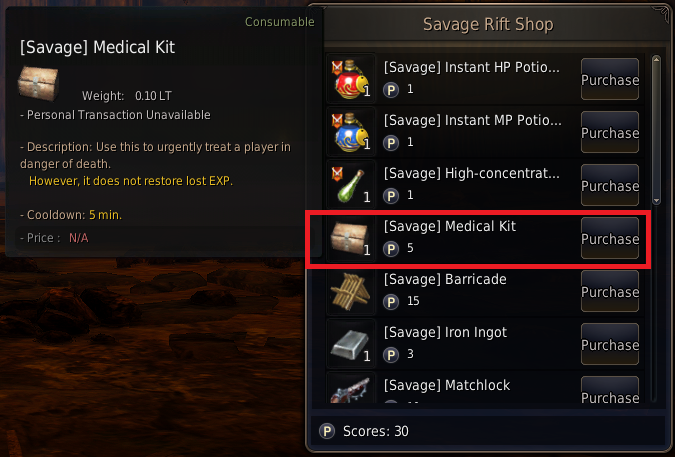 ▲ Use of [Savage] Medical Kit may decide on success and failure.

Even if Medical Kit is not available in certain situations, defeating the boss monsters that appear on stages 5, 10, 15, 20, 25 would resurrect any fallen members.

Monsters that appear in Savage Rift do not attack only by land.

If you do not have a [Savage] Matchlock and [Savage] Ammo handy, you will be helpless against the air strikes.

[Savage] Matchlock aids not only in shooting down Harpies, but it is effective on most of the monsters on earlier stages. 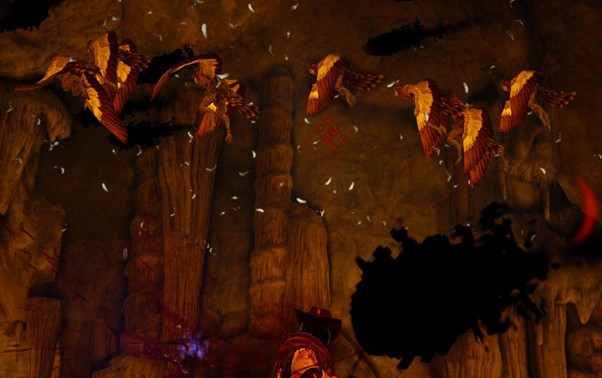 ▲ [Savage] Matchlock is key against monsters that attack by air.

Blocking and hindering the path of the monster raids are also important.

Set up a [Savage] Barricade up front and place Flame Towers or Hwachas behind to tighten your defense.

As the stages progress, it will take longer to take down stronger monsters so effective use of barricades is key.

Purchasing a [Savage] Iron Ingot will allow you to turn your barricades into [Savage] Iron Barricades which are much stronger and can help greatly in the later stages with powerful monsters charging at the Sealed Tower. 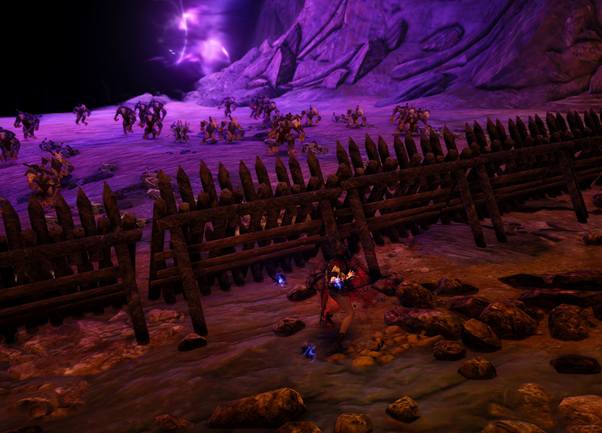 ▲ Barricades are key as you go up the stages. 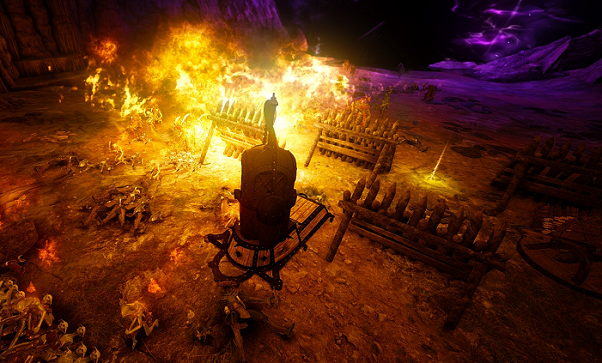 ▲ Flame Tower, Hwacha, and defense installments can strengthen your defense.

Savage Rift is composed in total of 25 stages and successfully protecting the Sealed Tower will end the Savage Rift.

Failing to protect the Sealed Tower or having all of your party defeated will also end it.

The rewards for the highest stage you and your party reached will be given out in the form of Silver.

For better understanding, if your party is defeated or Sealed Tower is destroyed during Stage 6 wave of monster attack, your party will receive the completion reward for Stage 5, the one prior.

However, if you exit Savage Rift when the Sealed Tower isn’t destroyed or your party hasn’t fallen, no rewards will be given out.

In addition, you must have had at least 1 point for yourself in order to receive any rewards.

Any points transferred from other party members does not count as your voluntary points so every party member must build his/her own points as well.

Keep in mind that rewards are given out starting Stage 4 of the monster raids.

This simply means monsters that appear on Stage 5 are the first ones to give you any rewards.

This is not the end!

Taking down boss monsters in certain stages will loot you valuable items that range from Bheg’s Gloves, so-called the ‘boss gear’ as well as Serap's Necklace and Mutant Enhancers.

Please note that rewards can be claimed even when you do not attack the boss. All rewards will be given out via in-game mailbox (B) after the Savage Rift concludes.