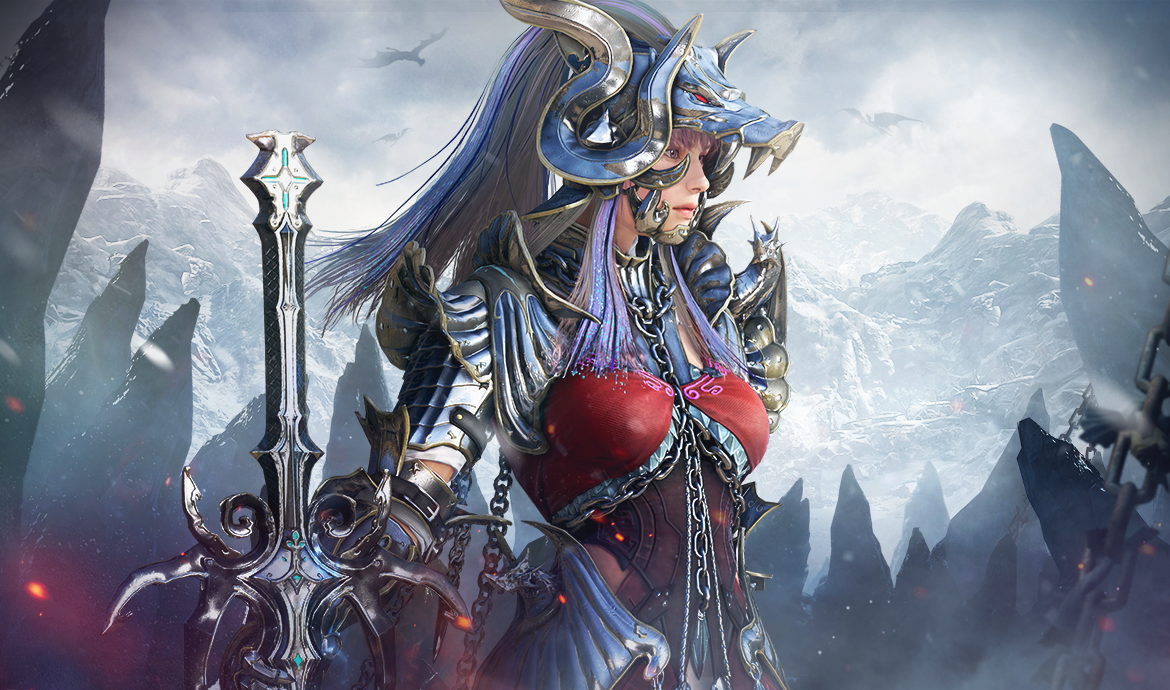 "Only the destruction of the god-consuming flame will restore the long-lost paradise of dragons."

Born after the reign of Labreska, the Golden Dragon and scourge of dragonkind, Drakania is the last hope of the dragons in reclaiming their long-lost paradise.
▲ Watch Drakania’s dev commentary to learn more about her story!

Drakania wields her Slayer, forged from the desires of slain dragons, and her Shard, forged from the scales of their bodies, in her quest to restore the paradise of dragons. Her Shard gathers ions from the air around her and directs this energy to her Slayer, allowing Drakania to unleash powerful attacks and destructive strikes.

As the last hope of the dragons, Drakania has a second dragon heart, enabling her to recover quickly from injuries and race across the battlefield like a raging storm. When she steps onto the battlefield, all will know the new era of dragons is nigh.

Gathers ions in her Slayer to unleash a potent assault.

With enough ions, enemies will be flung upwards and struck down.

Releases the ions gathered in her Slayer to deliver a powerful strike.

Her follow-up attack transforms her remaining ions into a crashing wave of brimbolts.

Spins with her Slayer, gathering ions.

Draws in enemies in a wide area and sweeps them away.

Plants her Slayer into the ground and absorbs ions

The incoming ions surround Drakania and form a barrier, protecting her.