Defeat the Bosses from the Dark Rift!

Dark Rifts have been added to Black Desert with 02/13 (Wed) maintenance.

Bosses are appearing from the Dark Rift throughout the Monster Zones, shall we go to see what it’s like?

Adventurers that have completed the prerequisite quests can encounter bosses from the Dark Rift in Monster Zones.

The Dark Rift, and the bosses from the Dark Rift have one thing in common: they both can only be seen by “You”.

Therefore, these bosses must be defeated alone.

There is a chance you can obtain a box with accessories after defeating a boss that spawns from the Dark Rift.

However, the difficulty level of each boss varies based on which Monster Zone it appears in, so exercise caution when attacking one. 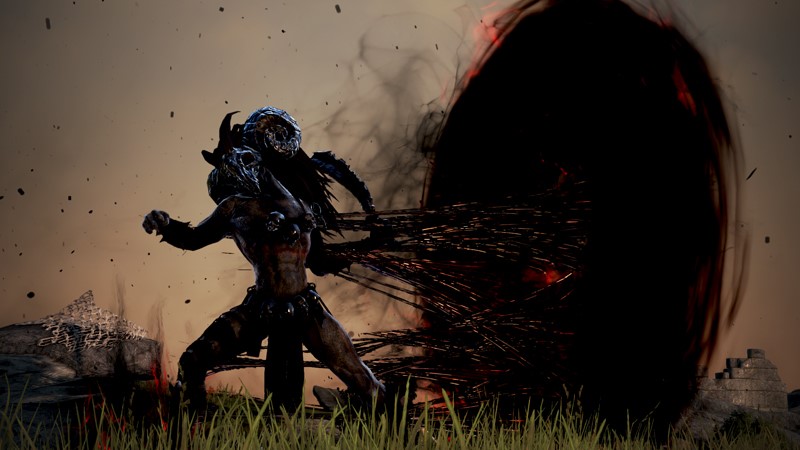 ▲ Giath appearing from the Dark Rift. Their appearance and combat-style isn’t any different from usual.

How do you know if a boss has appeared from the Dark Rift?

A large notification message will appear on the upper-center of the game window, then a message and a mark will also appear on the lower-right UI of your game screen as well.

If you do not know the location of the Dark Rift after receiving this message, please check the World Map (M). 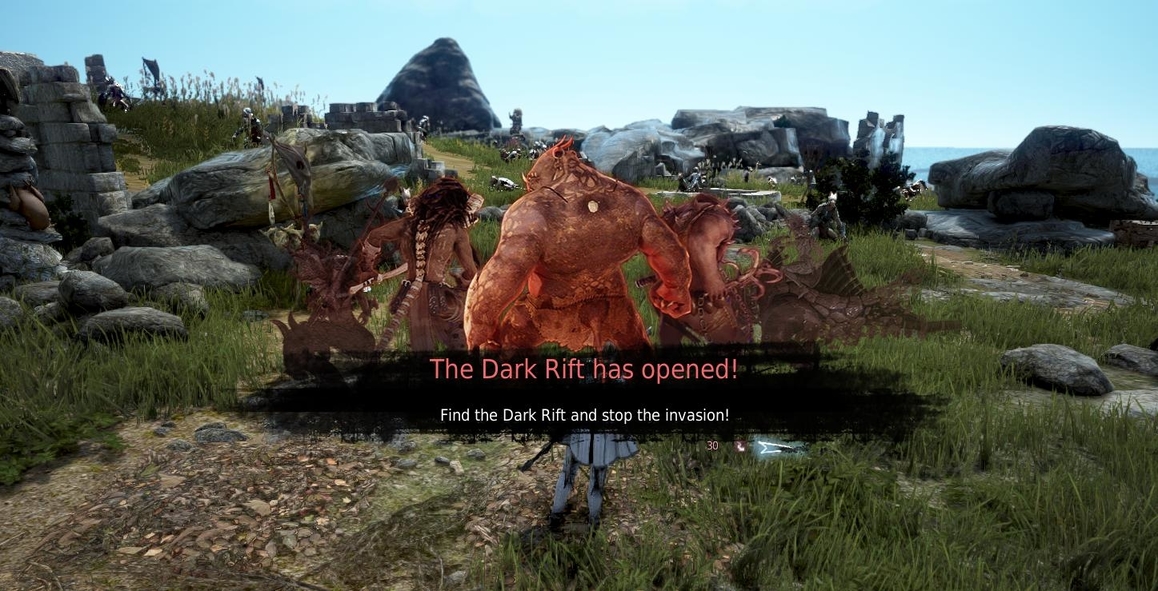 ▲ As shown above, a large notification message will appear alongside a separate smaller one on the bottom-right corner. 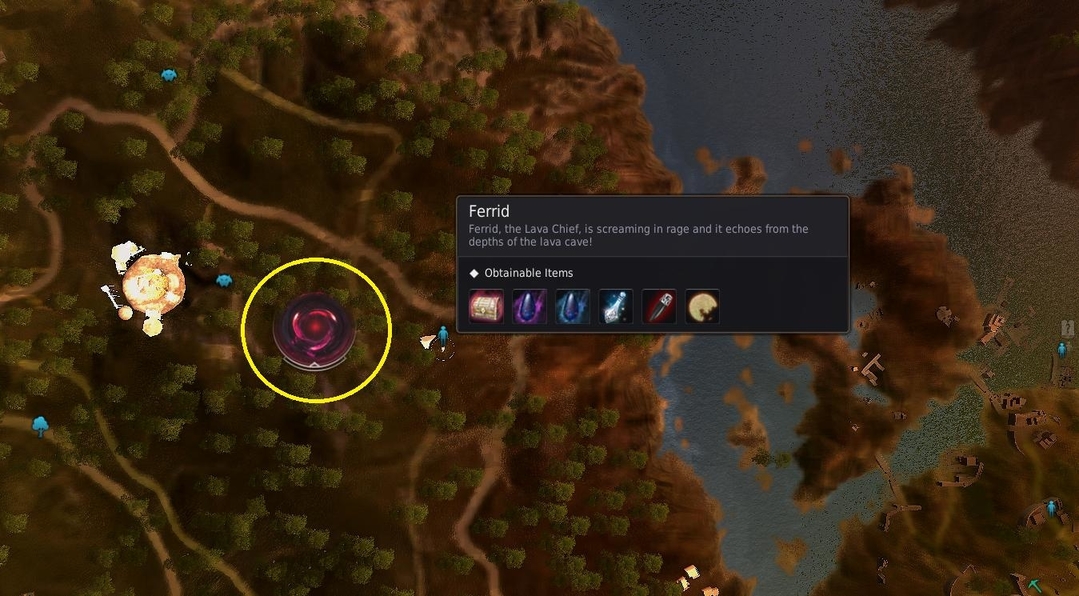 ▲ World Map (M) mark. Clicking on the Dark Rift mark will guide you to the appearance area. Keep in mind, only “You” can see it.

What if you’ve confirmed the appearance of a boss? Well it’s time to fight them of course!

When you are in combat with a boss, other Adventurers cannot see or attack “You”. (Summons and Pets included)
So don’t worry about interruptions and please just enjoy the intense combat between you and the boss.

If a boss does appear, they can only see and attack “You”. So if you’re not ready, you can take time to make your preparations before attacking.

Additionally, since there is no death penalty for dying against a boss that spawns from the Dark Rift, you can challenge them freely!

※ The bosses from the Dark Rift do not naturally die or despawn.

Once you’ve defeated a boss from the Dark Rift, it’s time for some rewards. 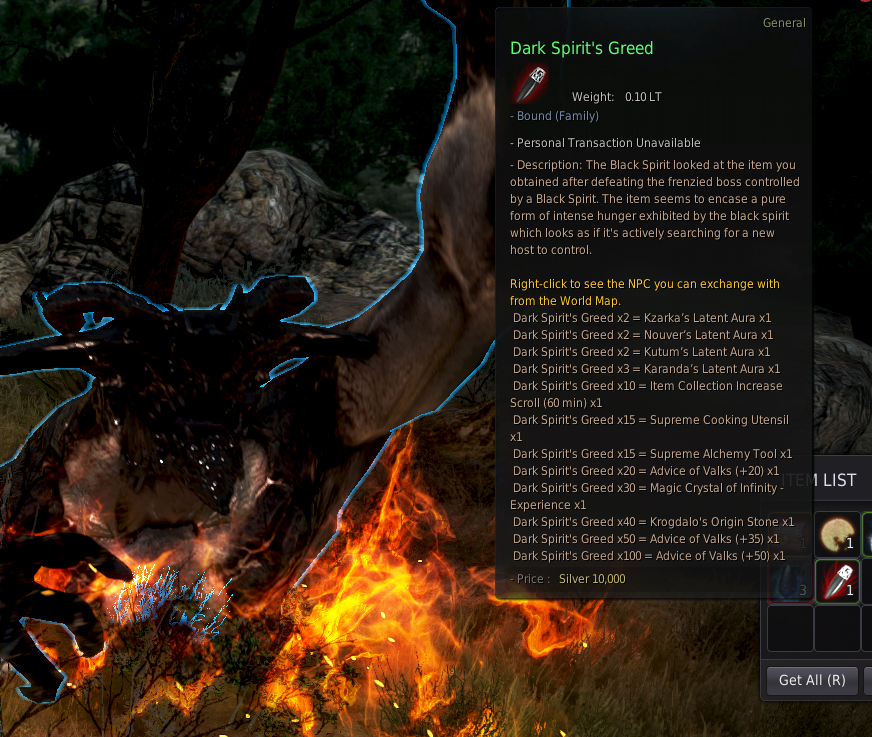 ▲ Make sure to loot the boss monsters you’ve defeated!

Based on the difficulty, you can obtain a Box of the Silent/Distorted/Desperate Dead. The items that can be obtained from each type of the Box of the Dead are shown below.

▲ If you obtain a Box of the Dead, test your luck by opening it.

Depending on the number of Dark Spirit’s Greed, you can exchange them with a NPC for various items.

Exchange Dark Spirit’s Greed for items with the following NPCs.

This wraps up the announcement of Dark Rift. We hope to have you instructed you sufficiently and we hope you enjoy fighting your very own boss!