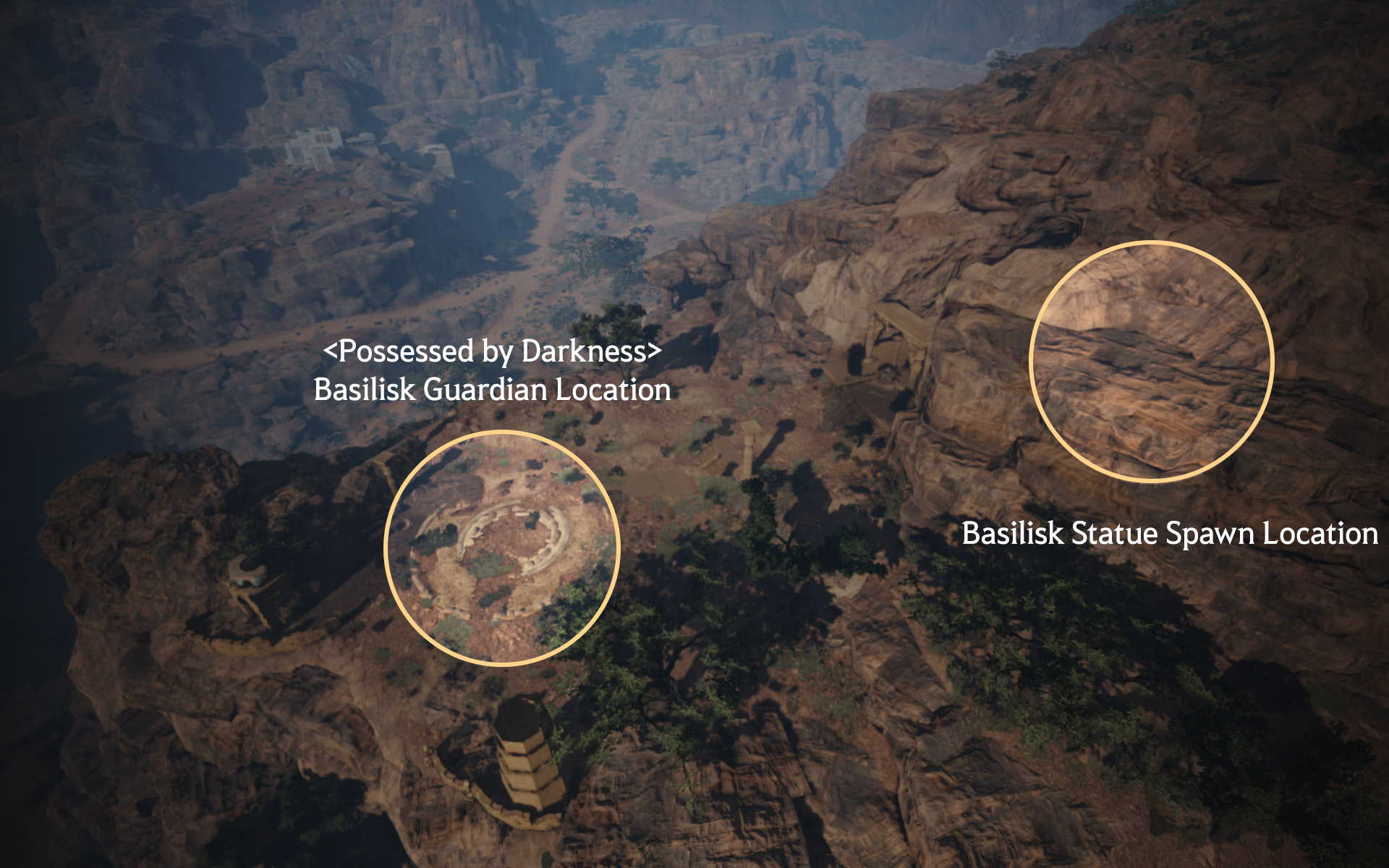 Rumors are spreading all over Valencia that the long-forgotten nightmares of Gorgo in Valencia Canyon have begun once again. Gorgo's Nightmare is a tale found in the first chapter of , written by the ecologist Pitor. It is in regards to the snake possessed by darkness, born within the modern-day Basilisk Den. The Katan Military have found suspicious-looking crow feathers near the place where the snake of nightmares first appeared. They suspect someone may have had a hand in this.

You can purchase "Gorgo's Nightmare Summon Scroll" for a Gold Bar 10G from Tarek Yanzi at Rock Post.

Using this scroll will summon a giant Basilisk Statue along with smaller statues emitting yellow pillars of light on top of the hill.

Destroying the summoned giant Basilisk Statue will reveal the Basilisk Guardian, which will simultaneously activate the smaller statues on top of the hill.

The Basilisk Guardian will draw a greater power from the smaller statues, and thus will require at least two adventurers to join forces to take it down.

The adventurer who hasn't used the summon scroll may preemptively move to the top of the hill to prepare to destroy the smaller statues. Destroying the statues on the hill will greatly weaken the Basilisk Guardian, so fighting with another adventurer is crucial to taking it down.

Effects that increase Item Drop and Amount Rates will be applied to junk loot that drops from Gorgo's Nightmare. However, Agris Fever's effect does not apply here.