Changed Padix Island to a monster zone with a recommended AP of 270.

You can recognize these affected pirates by the "" title over their heads.

After defeating a monster at Padix Island, up to two players can loot from it and get knowledge, but the monsters"" have the same knowledge entries about them as their non-addicted counterparts.

The Loah Flower Pots in the cave at Padix Island release a heavy fragrance of Mutant Loah Flowers at certain intervals, causing the Cox Pirates around them to become violent.

The AP and DP of these violent Cox Pirates rise and they become resistant to guard and Super Armor effects while becoming proficient at knocking back their enemies.

Interact with the Loah Flower Pots and add Mutant Loah Flower Neutralizers to them to stop the pirates from being affected by the flowers' scent and undo the above effects. 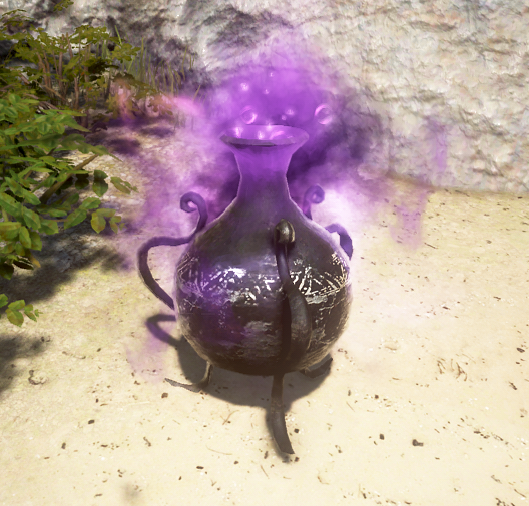 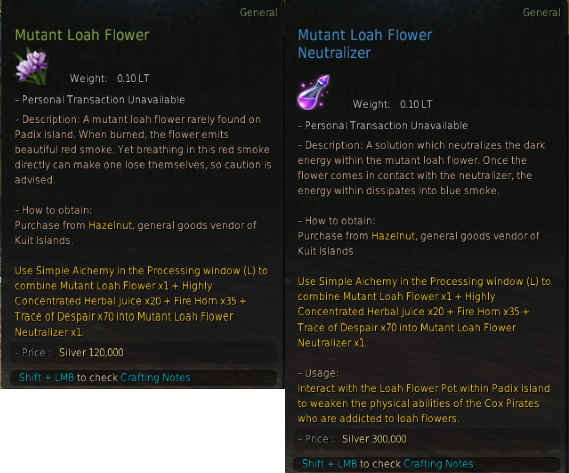 Added quests about Cox Pirates for the Padix Island.

Accept the quests from Lavine the Node Manager of Padix Island with a character that is at least Lv. 61.

You can get an Ethereal Earring from the Padix Island monster zone. 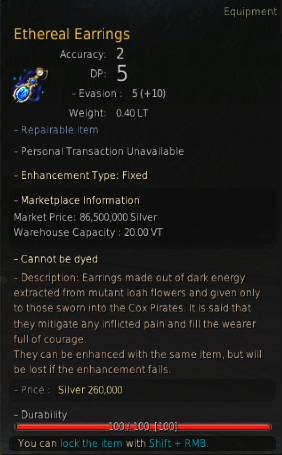