I've been writing short stories for quite some time but usually keep them to myself or only share them with a few.

I decided to go one step further this time and share it with everyone. I hope you'll like it. 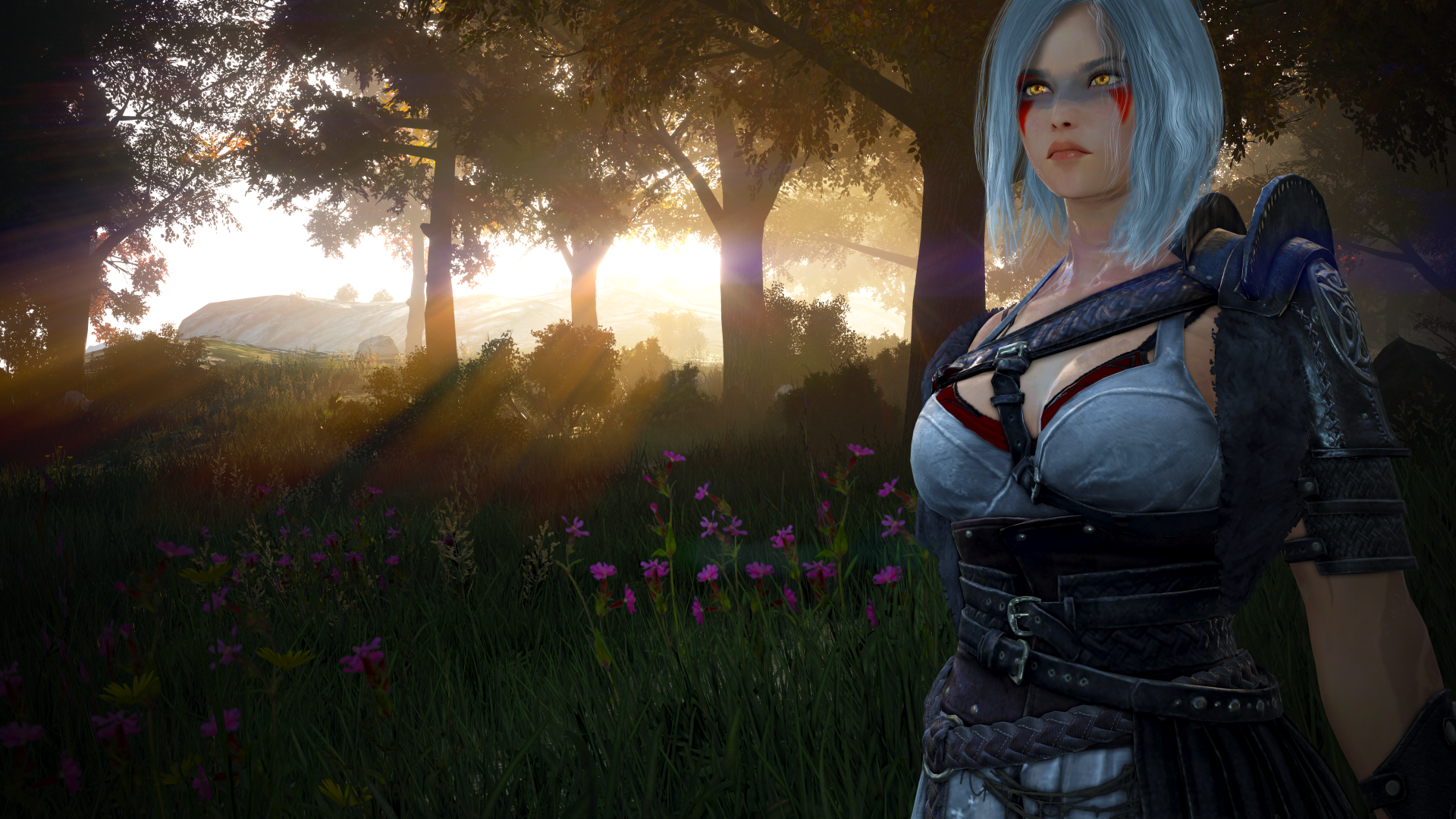 It had been 4 weeks now. 4 long weeks of trying to succeed that PEN Tuvala ring enhancement. Asheldra had probably spent around a thousand Tuvala ores on it already. All other accessories had failed only once or twice. How was that even possible to fail that ring so many times? On a good day, she would have done the maths. Simply to laugh at how unlikely her situation was. But not today. She was exhausted. And it was that time of the year again. When the air gets colder and the days shorter. Still, she decided to sit next to a tree for a moment. After taking a deep breath, she closed her eyes to appreciate the chirping of birds and the whistling of the wind in the branches. Until something fell next to her. 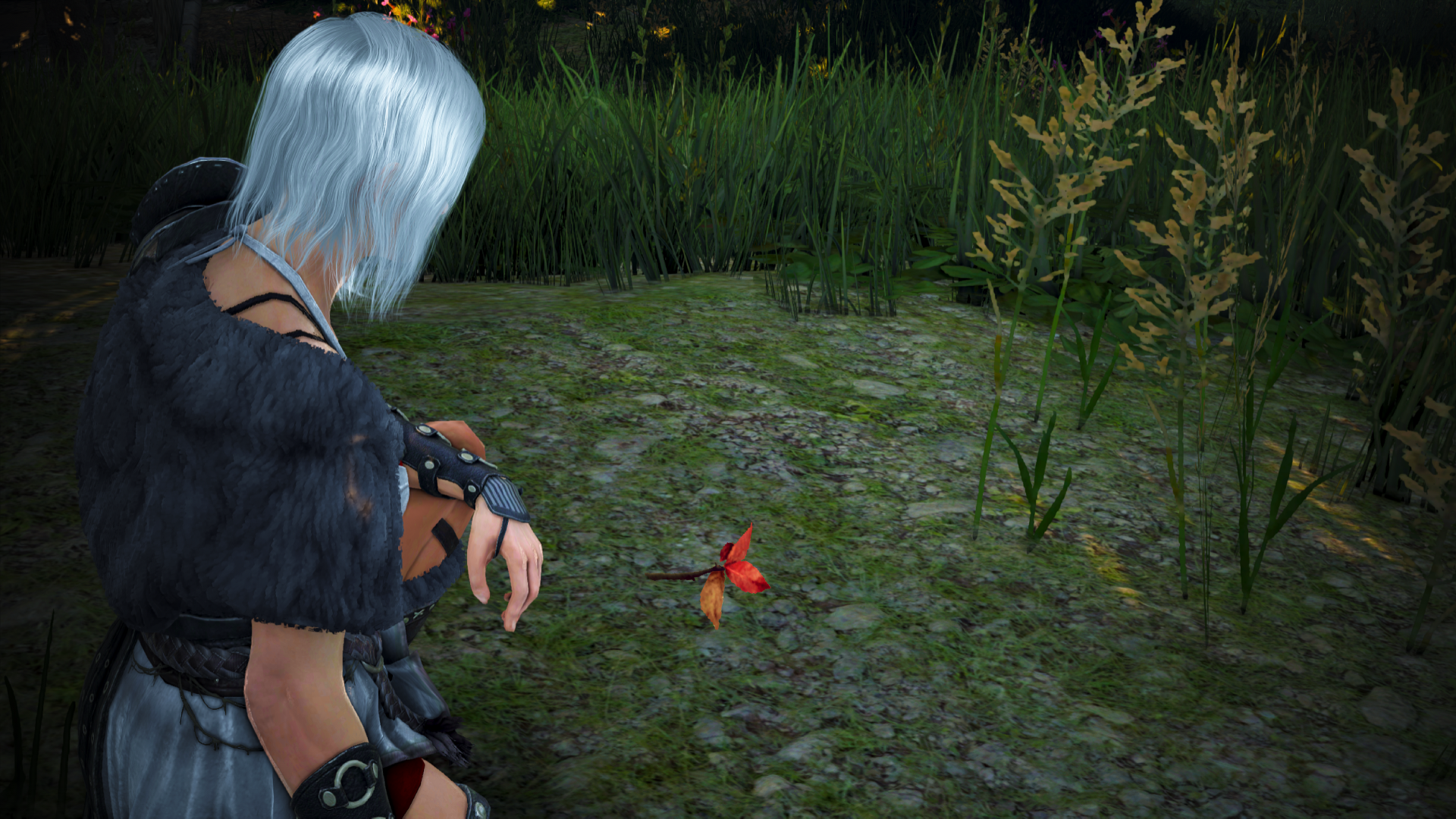 It was a small branch on which still hung a few red leaves. She took it slowly in her hand to look at it better. 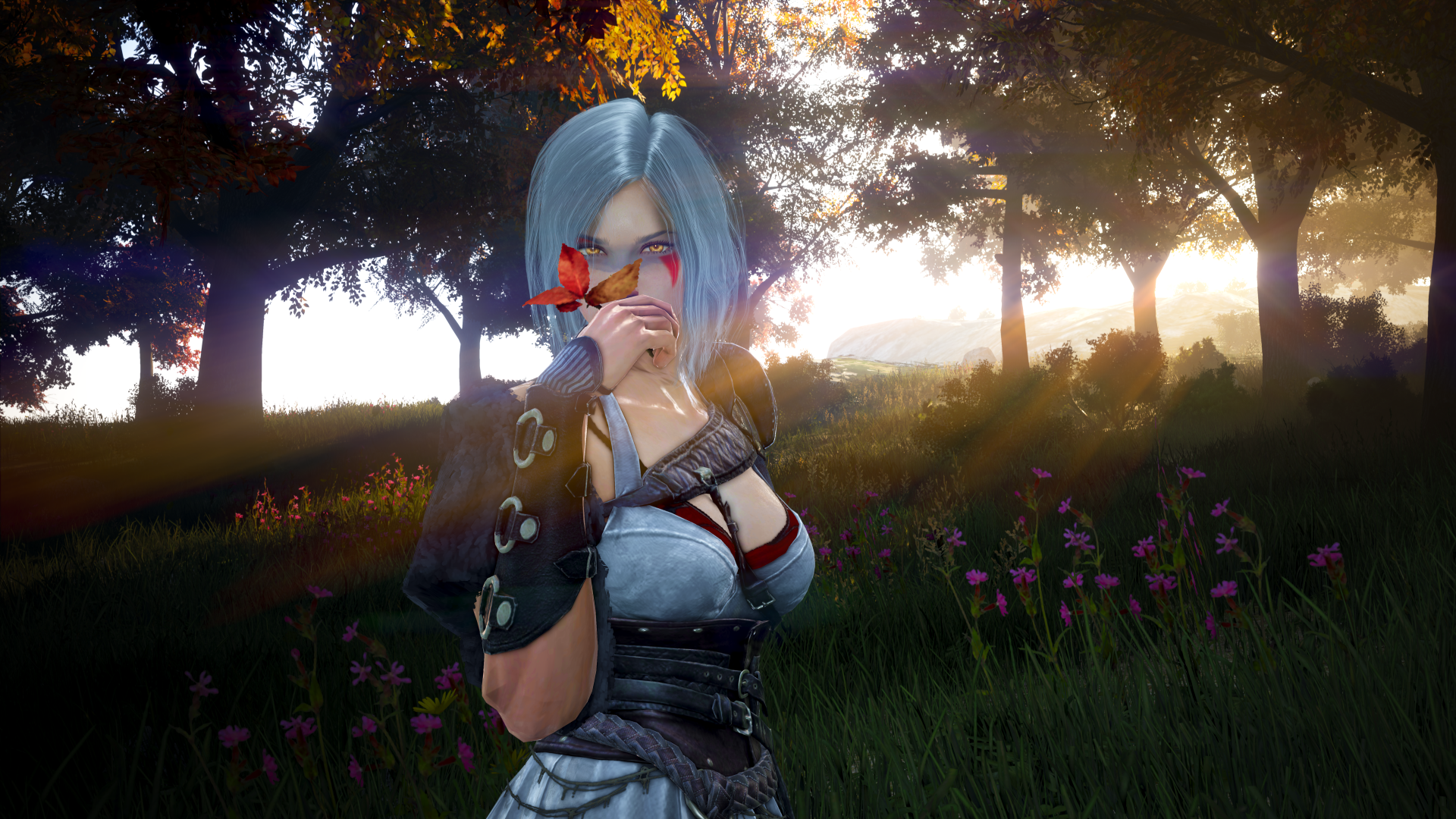 As she was playing with it, looking at it in every possible angles, a shy smile appeared on her lips for the first time in many weeks. And a wetness appeared in her eyes as the memories came flooding back. 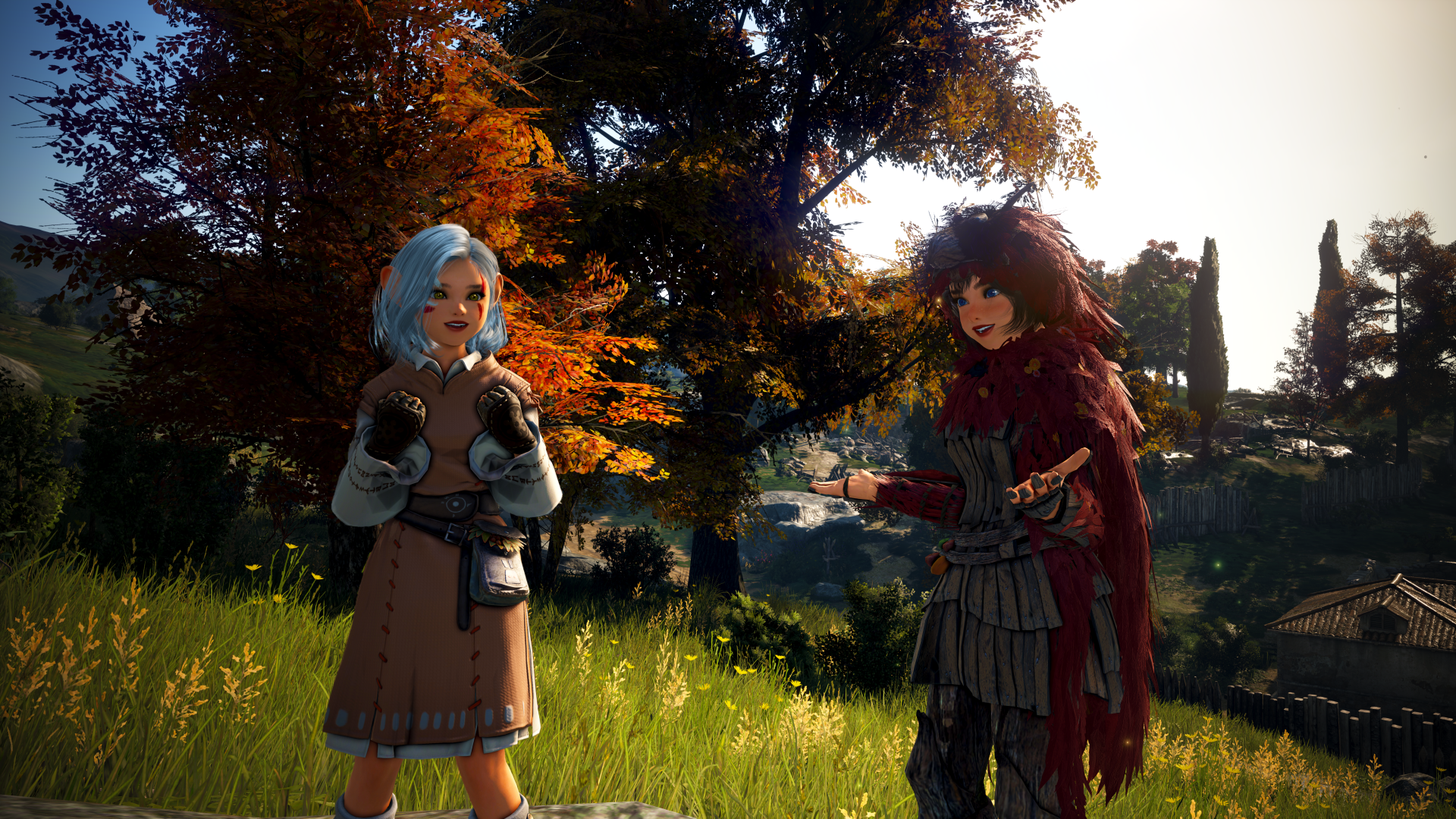 - Vivi : Ash! Ash! Look at my new costume. I made it myself.
- Asheldra : Haha, You look like a giant autumn leaf!
- Vivi : Yes! I'm the spirit of Autumn now!
- Asheldra : You're almost invisible when standing near those trees.
- Vivi : That's the point. I made it so I can move undetected. Now, I can hide in the forest and no one will see me.
- Asheldra : But those leaves are making a lot of noise though. And they'll make even more as they dry.
- Vivi : hmmm, I guess I'll have to move only when there is wind then!
- Asheldra : It must have been a lot of work. Why not picking something easier to make? Like an alpaca outfit?
- Vivi : Fall is nice. I like it. It is usually not too hot and not too cold.
- Asheldra : True. And the colors! It's like nature decided to become an artist and paint. Like you.

- Vivi : My painting isn't that great. I would need to practice more. It's nothing compared to what nature can do.

- Asheldra : I like to sit there, looking at the leaves falling while daydreaming sometimes.
- Vivi: It's even more beautiful when you know it will only last for a moment and that soon, everything will be covered under a blanket of white snow.
- Asheldra : It sure is beautiful. I think I'll call you Vivi the autumn leaf now! Because you are beautiful too. I just wish winter would never come... 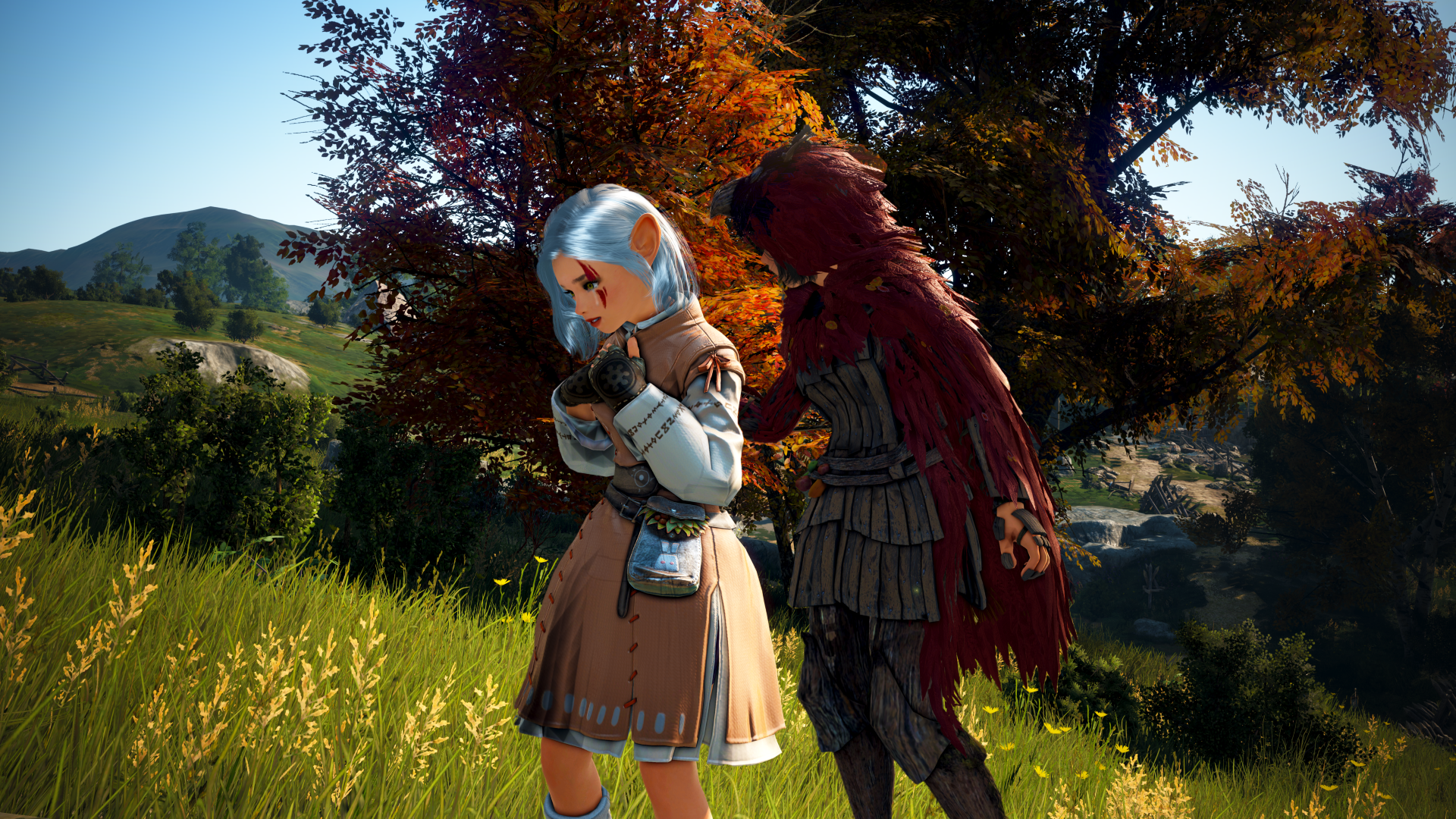 - Asheldra : I heard the news about your sickness and...

- Vivi : And that I won't be here anymore when winter comes? I would like to stay but sometimes, we don't get to decide.
- Asheldra : I know, I know. It's just... It's too soon, it's not fair. I wish we would have had more time...
- Vivi : Me too. But what little time we had was great and I wouldn't change that for anything.
- Asheldra : Me neither. But it will be hard without you.
- Vivi: I'll never be far. Here, I'm your autumn leaf right?
- Asheldra : Yes?
- Vivi : Every year, when fall comes, if you feel lonely, walk into the forest and look around. I'll be right above. You won't be able to see me because of my giant autumn leaf costume, but I'll be there. I'll be carried by the wind from tree to tree and I'll be painting the world in red, orange and gold for you. And when you'll feel down, I'll drop a red leaf from my costume on your head. So you look up and don't forget I'm here, okay?
- Asheldra : Okay. 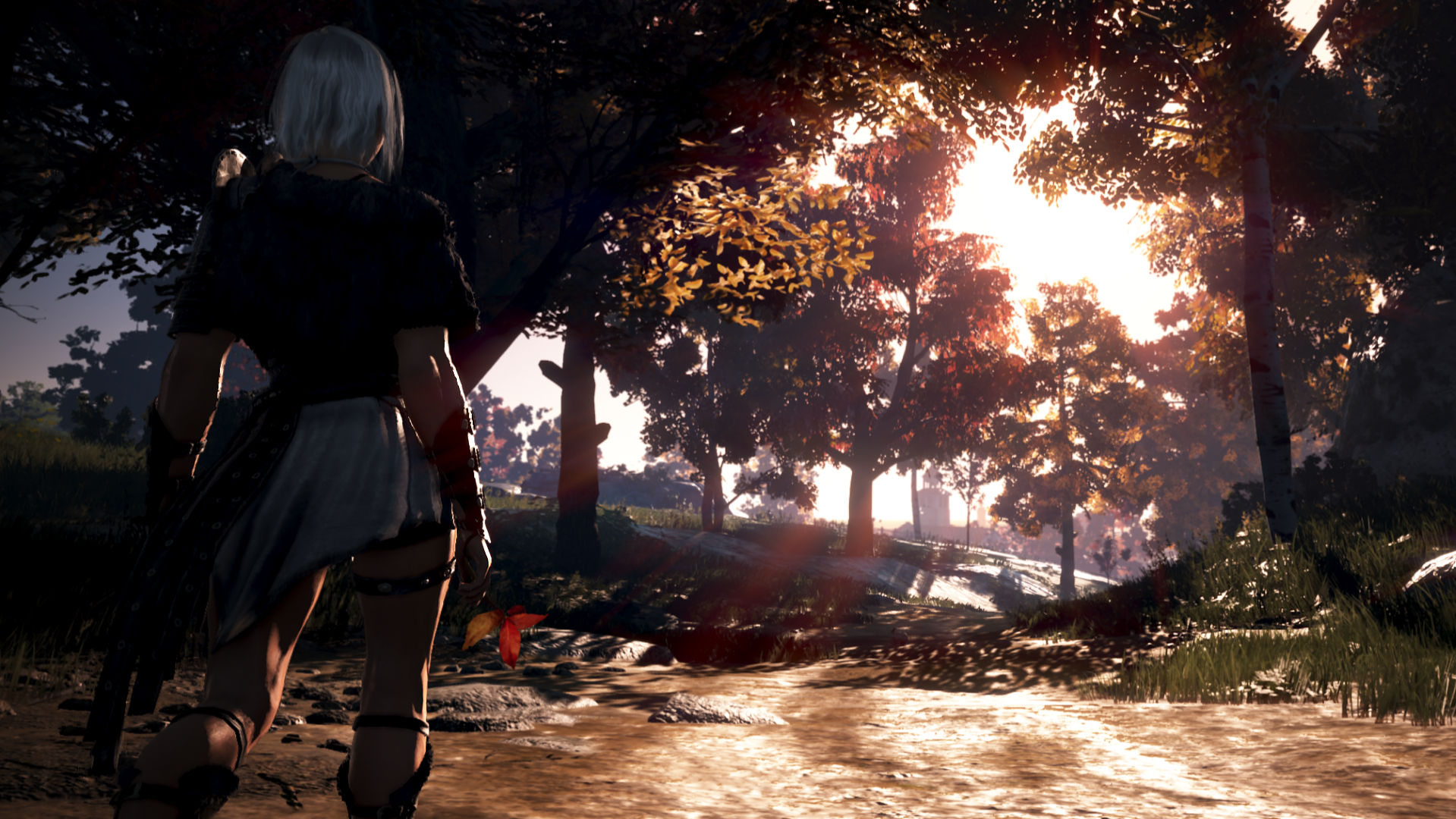 As she got back on her feet, the red leaves still in her hand, Asheldra raised her eyes to look at the trees around her and saw they were starting to turn into the colors of fall. Just like Vivi once promised. And as if to dispel any doubt, a gust of wind rustled the leaves like a comforting whisper.
- Asheldra : Hi Vivi. Your painting keeps getting better and better every year. It's beautiful, once again. Thank you. I'm glad you're here. ...I missed you. 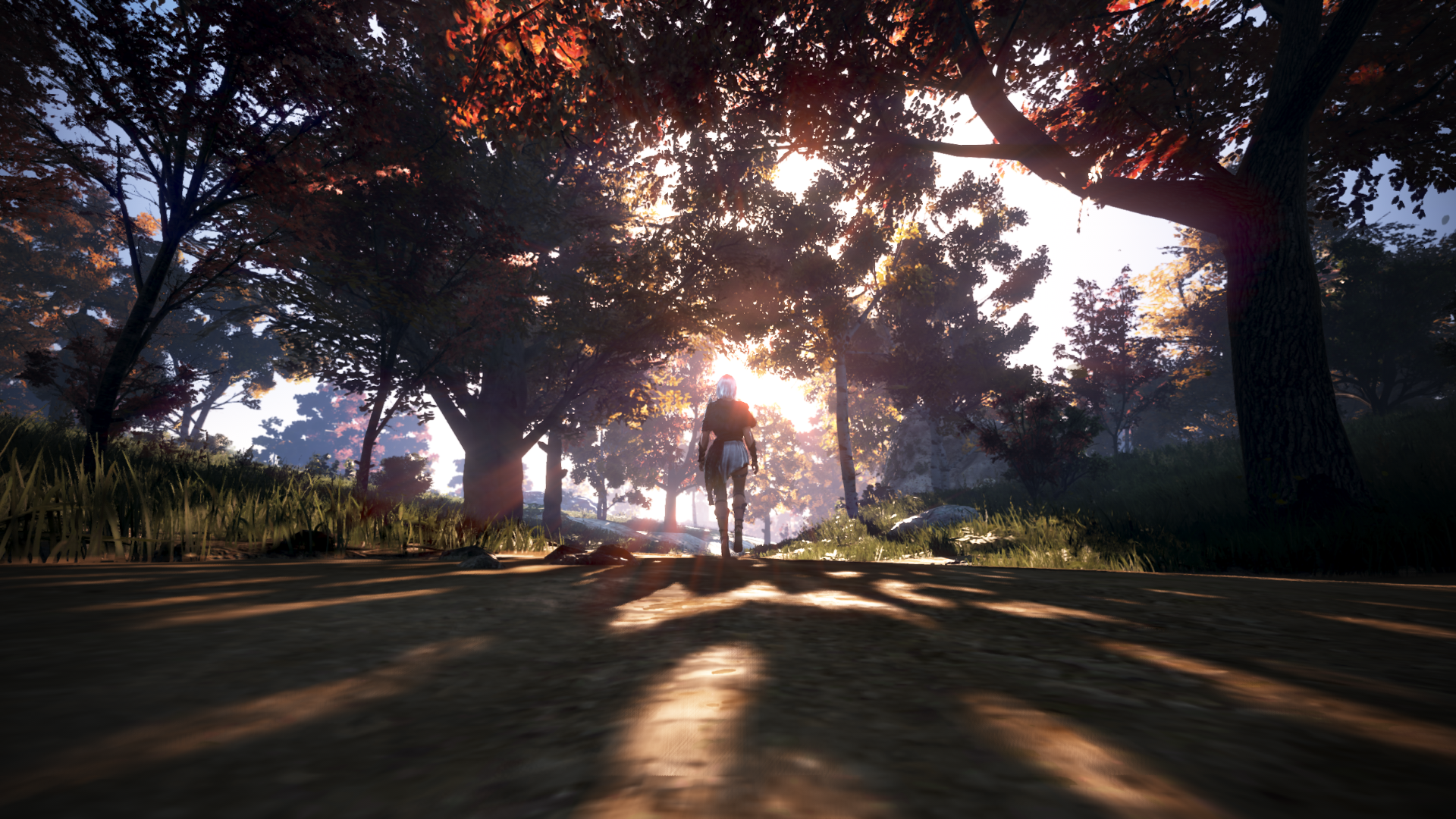 With her newly found strength, Asheldra went back on her way, more determined than ever.

- Asheldra : Time to go get that PEN Tuvala ring now!

- The leaf was taken from a close-up screenshot of a tree in the game, then added to the other screenshots.

- I haven't been able to find anyone to help out and play the second Shai, so both are actually the same Shai with different customizations. One was cut and added on the screenshot of the other. Same location and same lighting (Thanks PA again for that screenshot update!). Still took a while to get it right.

- A tear has been added on the sad Shai (young Asheldra).

Thanks to those who inspired that story ♥

Below are memories of the things received from the event

My main Shai using the Tiger Emissary Outfit received from the event. (Thanks PA!) 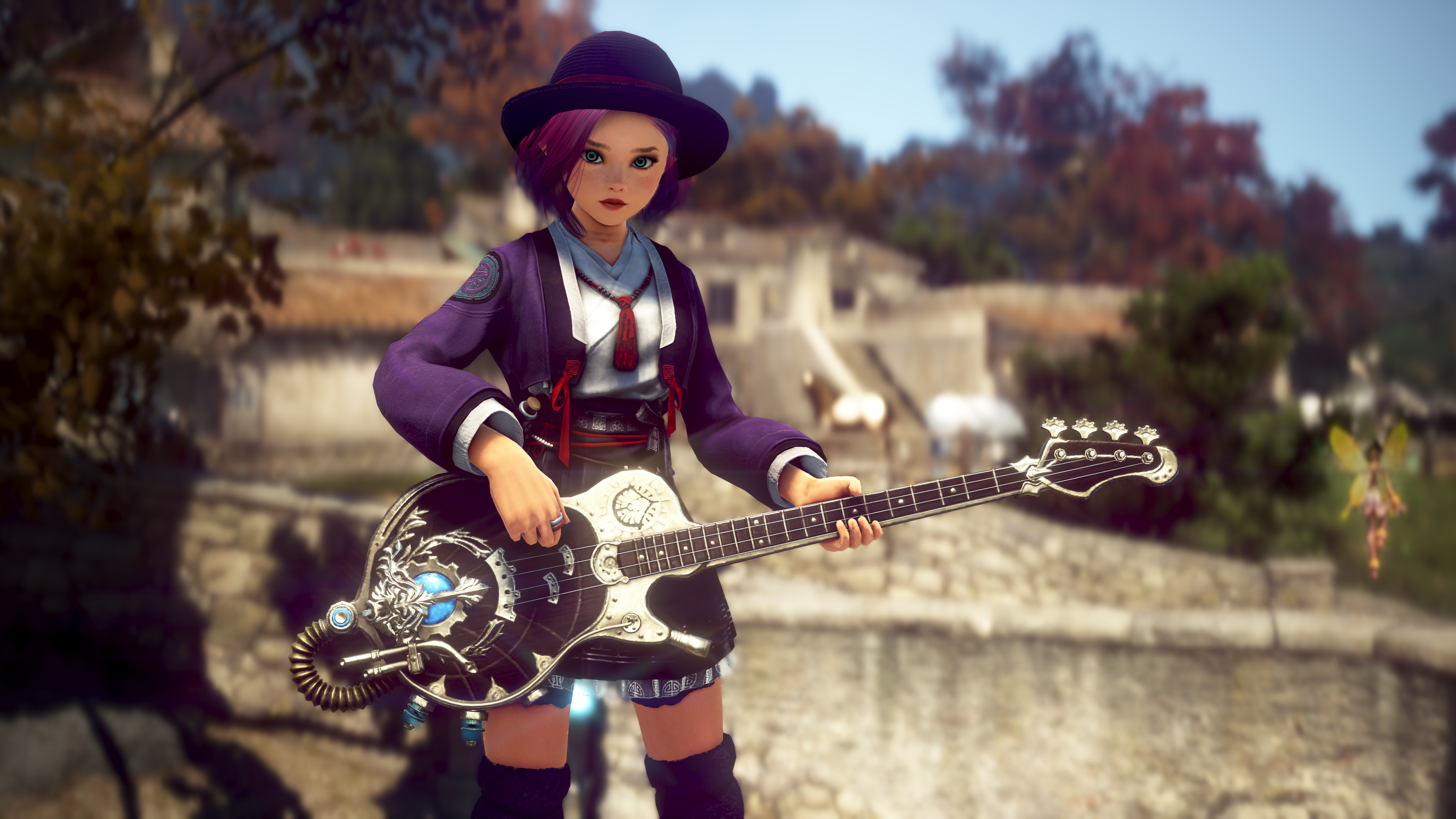 They're like 3x bigger than expected so I have no idea where to put them. But they look nice! (Thanks again PA!) 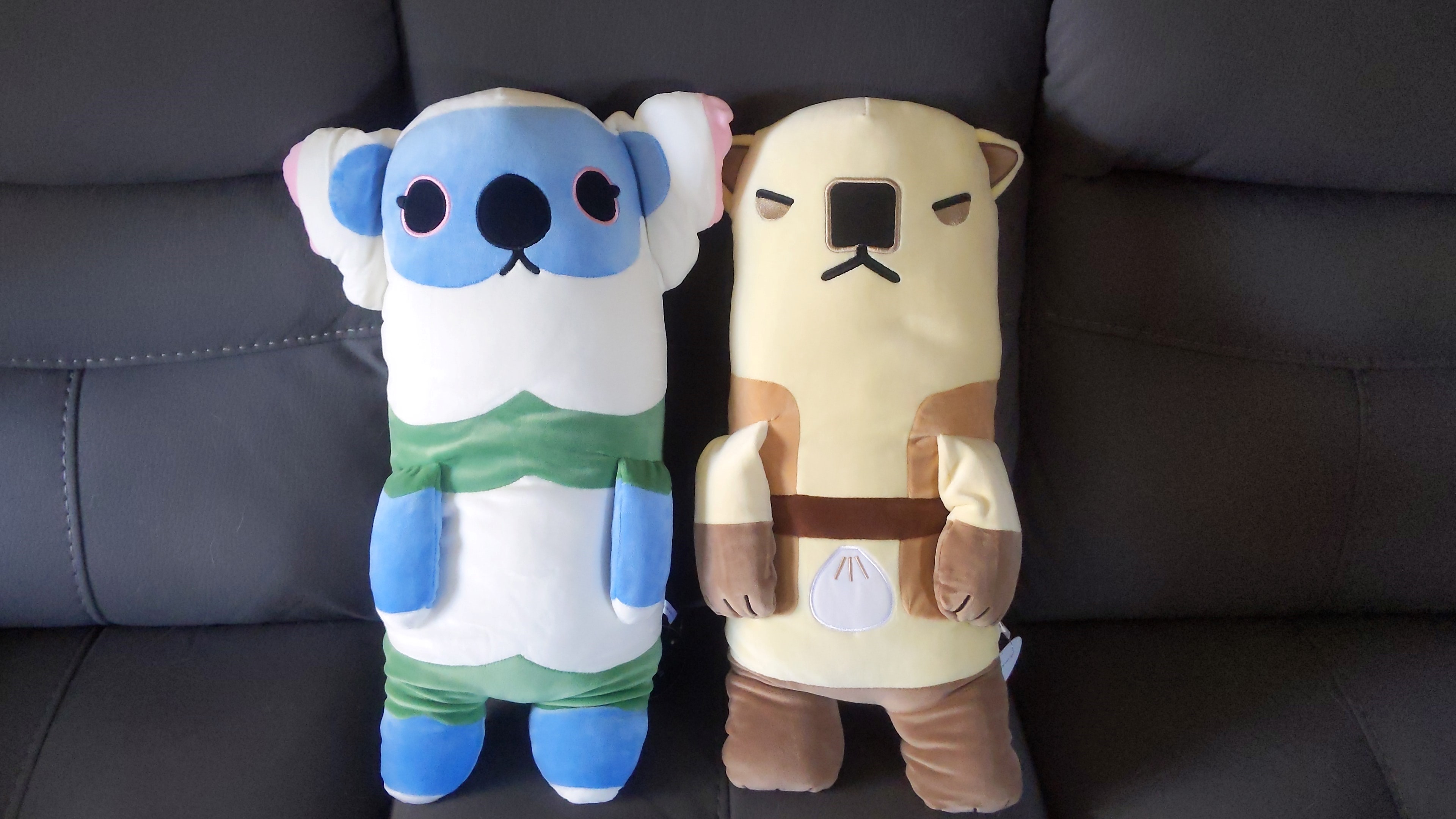 Wow! Your story is amazing, and so are the screenshots! Sad but beautiful at the same time.

Wow! Your story is amazing, and so are the screenshots! Sad but beautiful at the same time.

Thank you! I usually only share my lighthearted stories. I hesitated between sharing this one or keeping it to myself. Happy to know you liked it.  :)

Participate in a Forum Event here!