It’s time for our second lesson about the World Bosses with [GM] Daisy! Today’s topic is Nouver, Master of the Sandstorm. Whether you’re a new Adventurer who’s never even seen a World Boss, or a returning Adventurer who just wants to brush up on what you've forgotten, [GM] Daisy is here for you!

Beginnings of Nouver, Master of the Sandstorm

As you cross the desert, it’s not just the heatstroke or hypothermia you should worry about. They say if you even catch a glimpse of the sand tyrant, Nouver, while adventuring alone, it’s best to start running...

What’s the story behind Nouver? 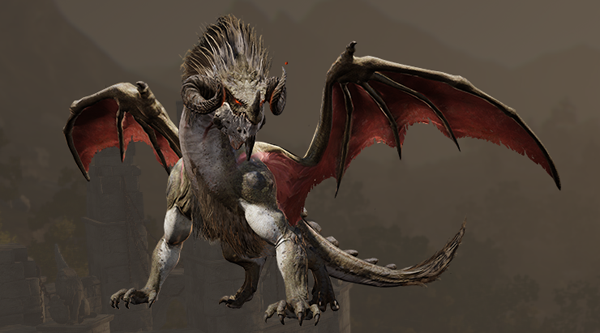 On a certain day, a massive sandstorm swept over the great desert of Valencia. Although sandstorms are an everyday part of life in the desert, this one was different. No one had ever before witnessed a sandstorm of this magnitude.

Nothing was spared where the sandstorm passed through. The people of Valencia tried to discover the cause of this calamity, but none could even approach the storm. Time would eventually reveal the answer, as an adventurer’s journal would be discovered underneath the sandstorm’s passing tracks.

Before he was swept away, the adventurer described in his journal that he had seen a colossal shadow in the midst of the raging storm. The people would later come to name this immense shadow, Nouver, after the adventurer who left the journal.

Where does Nouver appear? What rewards do you get for defeating Nouver? 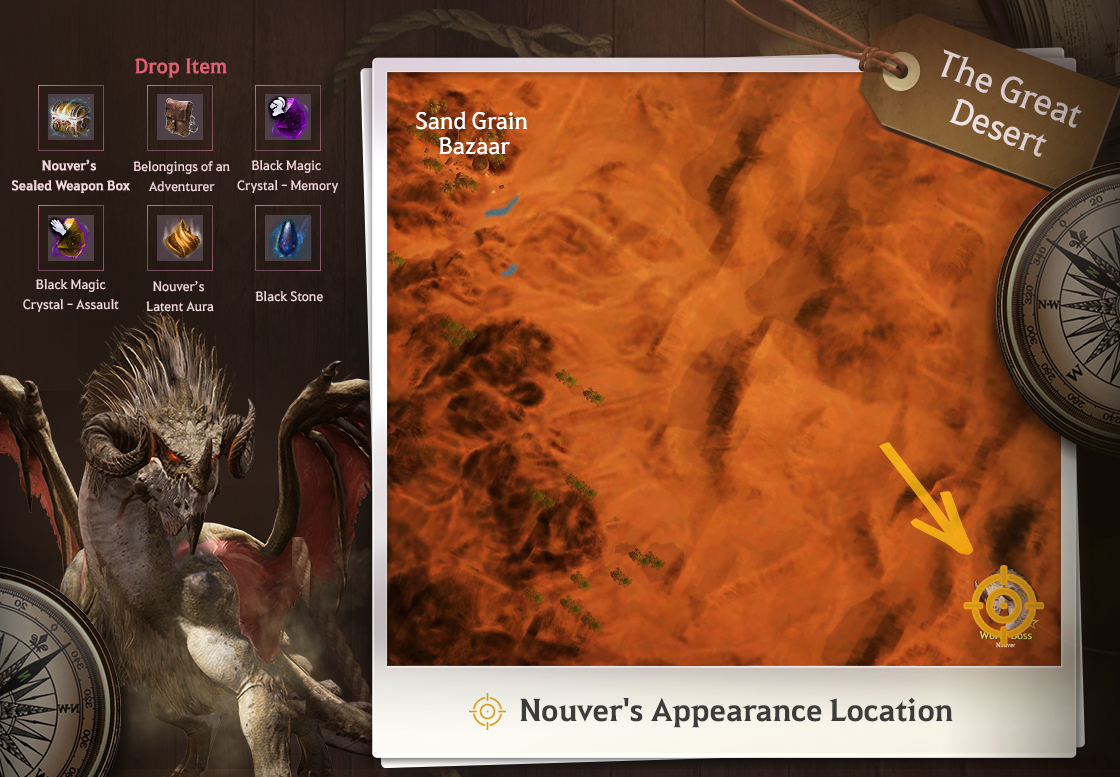 Nouver appears in the great desert on the “Tyrant’s Hill,” southeast of the Sand Grain Bazaar.

Navigating the desert unprepared is a nigh-impossible task, so listen up Adventurers! If you’re afraid of losing your way before you can even face Nouver, visit the Loyalties Shop to nab yourself a compass, which will allow you see your bearings on the World Map and Minimap.

Now for what everyone is here for... the rewards!

Remember that you have a higher chance at better rewards the more you contribute to Nouver’s defeat (that means hitting the dragon where it hurts!), so take heart and fight courageously!

Probably an unfamiliar name to newer Adventurers, this is a box that contains a sub-weapon imbued with the power of Nouver. If you’ve ever seen a weapon with the name Nouver attached to it in a passing conversation or Central Market, this is one of the ways to obtain it.

Before opening Nouver's Sealed Sub-Weapon Box, make sure to open it with the right character, because the weapon you receive will only be for that character’s class.

Fragments of Nouver’s Power, which you can bring 100 of to Atui Balacs in Sand Grain Bazaar to exchange for a Nouver Sealed Sub-Weapon Box.

A thick, tough piece of Nouver's hide that was torn off during battle. It is used as material to make Nouver Statues.

You can place this statue in your residence to receive the following buff: All AP +15, All Resistance +5% for 2 hours!

A scale that grew in reverse on Nouver's neck. It is said to be an important alchemic material for researching Nouver's origins and power.

Once you complete O’dyllita’s main questline, you can right-click the scale in your inventory to find Black Eyeroot of the Thornwood Watch, who is searching for it, and begin the 14-part Orzeca's Records: Time of Dragons questline.

This questline will take patience and an incredible amount of effort, but it’s final reward is the legendary Inverted Heart of Garmoth!

What is the Inverted Heart of Garmoth?

The Inverted Heart of Garmoth is one of the “treasured” items in Black Desert, which can be obtained by combining Garmoth’s Heart with Inverted Energy. This item can be used to awaken the sleeping potential of Awakening weapons and sub-weapons!

Sub-weapons upgraded with the Inverted Heart of Garmoth will be transformed in a Fiery form with Max HP+150, Max Stamina +100, and Special Attack Evasion Rate +10%. While Awakening weapons will gain two crystal sockets and Critical Hit Damage +3%

A precious bag left behind by an adventurer who perished while fighting Nouver...

The Black Magic Crystal - Assault can be transfused into glove sockets, which then grants Attack Speed +2 and Grapple Resistance +5%.

The Black Magic Crystal - Memory can be transfused into helmet sockets, which then grants Casting Speed +2 and Knockdown/Bound Resistance +5%. 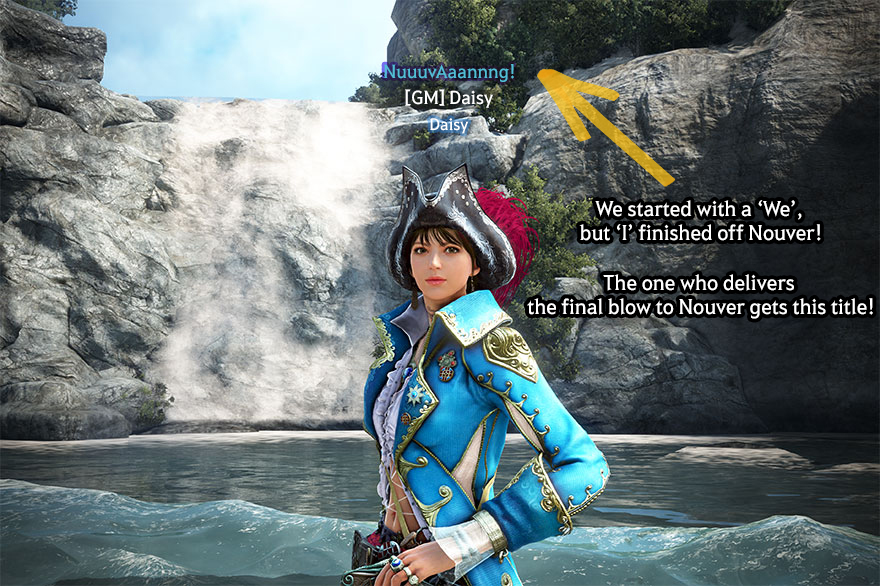 Here’s a look at the special title, NuuuvAaannng!!

The title’s description says, “We started with a 'We,' but 'I' finished off Nouver! NuuuvAaannng!” So, you might be wondering, just how do you get this title?

You obtain it being the one to deliver the final blow to defeat Nouver!

Holding this title is something that truly signifies your bravery, so make sure to keep hitting Nouver until the end!

So, when does Nouver appear? 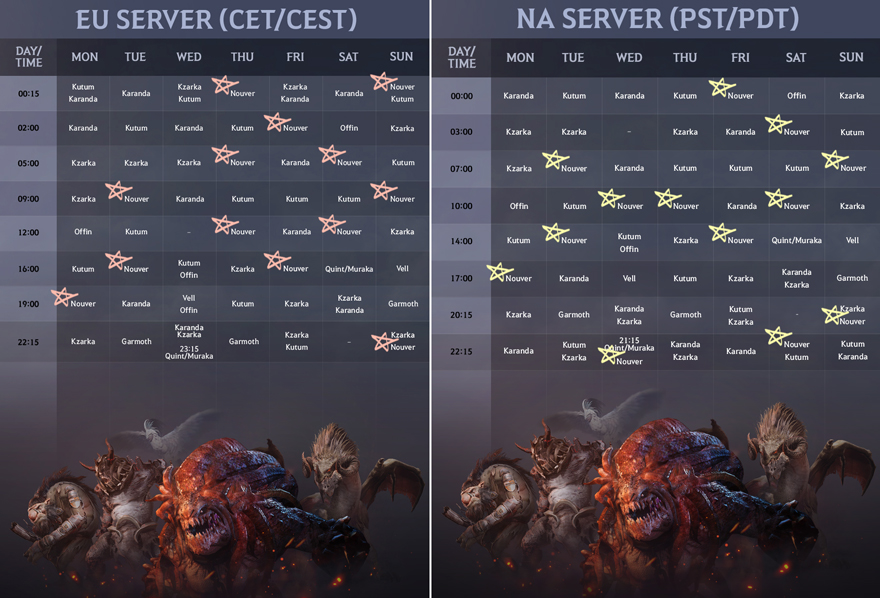 Nouver will occasionally be stained by the blood of victims that died in the desert sandstorms. The sand tyrant is rumored to appear even more vicious than before. This form is called 'Bloodstorm Nouver,' and it is greatly feared by desert travelers, merchants, and even soldiers.

If you’re someone that’s scared of just the plain-old “unstained by blood” Nouver! Make sure to be on your toes whenever you face the sand tyrant. No one knows exactly when Nouver will take his 'bloodstorm' form!

On the other hand, if you’re someone that has no fear, defeating Bloodstorm Nouver will grant you more valuable loot for braving such a powerful foe. You can obtain up to a TET (IV) Nouver Sub-Weapon, materials needed to craft the Nouverikant outfit (Bloodstorm Nouver's Split Horn, Bloodstorm Nouver's Ragged Wing, Bloodlit Eye of the Desert), and you’ll also have an increased chance of getting the Belongings of an Adventurer, Gold Bar (up to 1KG), or a type of Magical Black Stone.

What is the Nouverikant outfit? 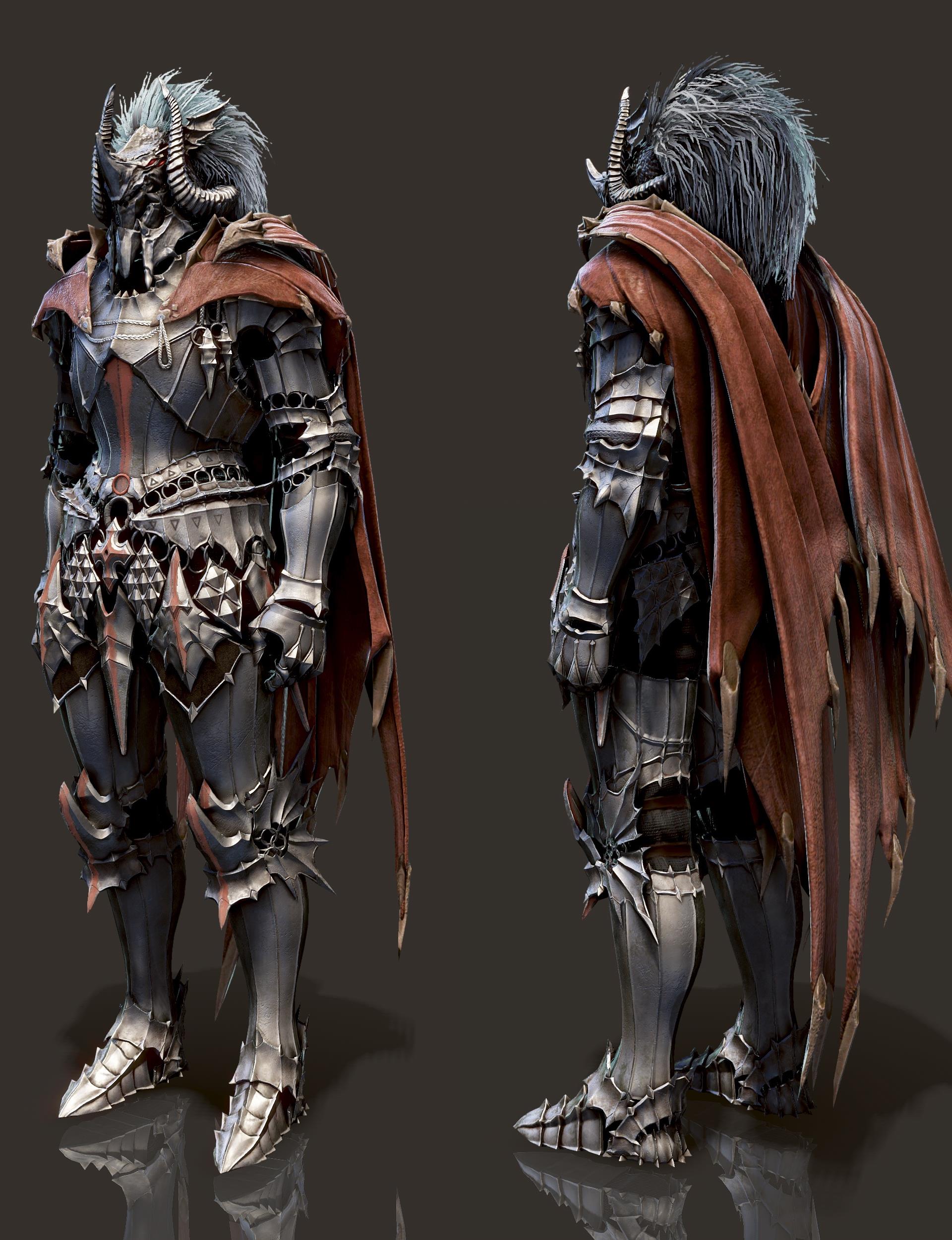 Modeled after the might of Bloodstorm Nouver itself, this is the Nouverikant outfit! Pretty cool, right?

That covers pretty much everything about Nouver, Master of the Sandstorm. All that’s left is for you to experience the sand tyrant for yourself!

Worried about taking on Nouver? Scared to brave it alone? For Adventurers that are unsure or for Adventurers who just want to go together in a group, join the GMs at the following times:

Come to the Sand Grain Bazaar on the Season1 (Novice only) server at the times listed above to meet the GMs and try defeating Nouver together! See you there!

That wraps everything up for Part 2! Stay tuned for Part 3 with Daisy!

Take a look at all the new Adventurers who helped us defeat Nouver, Master of the Sandstorm! 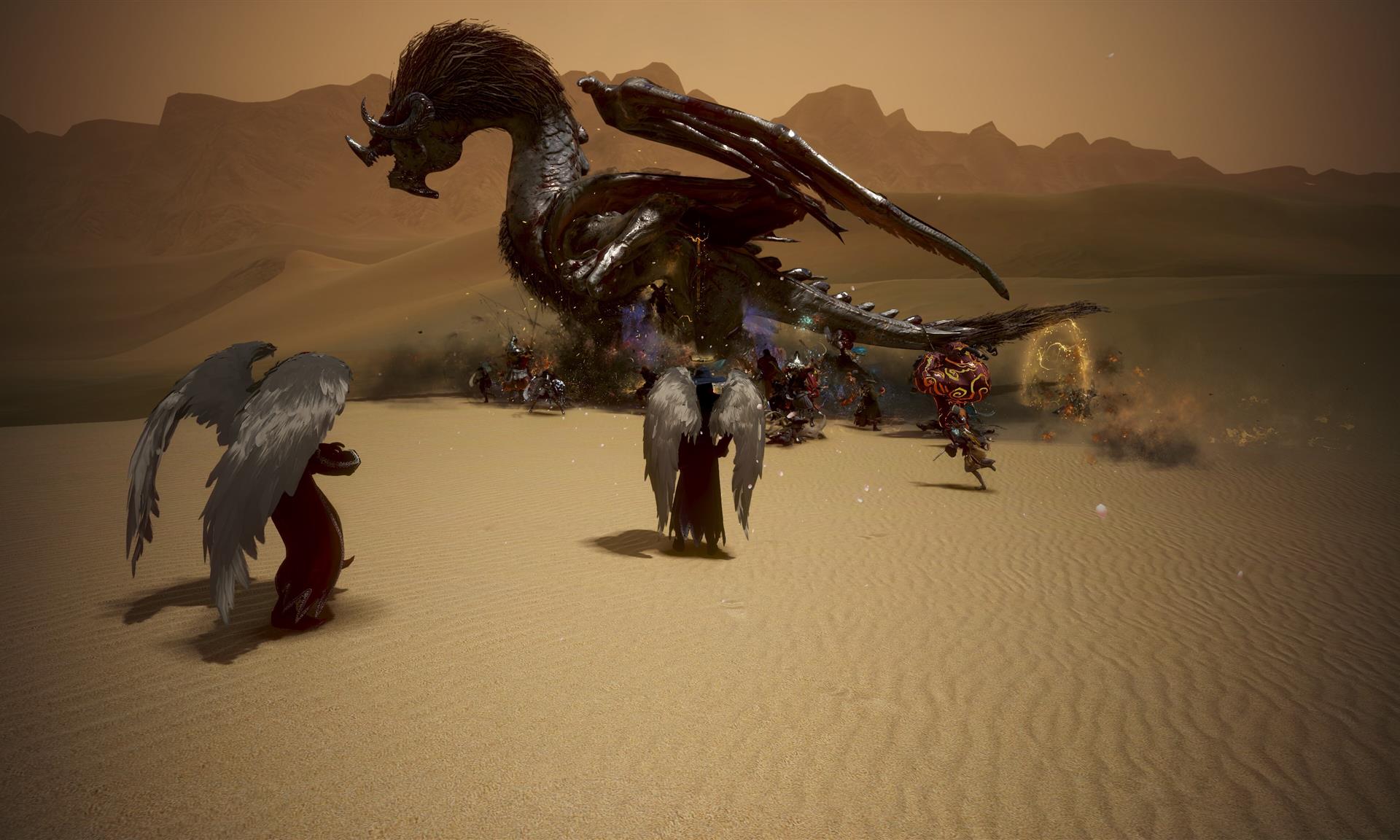 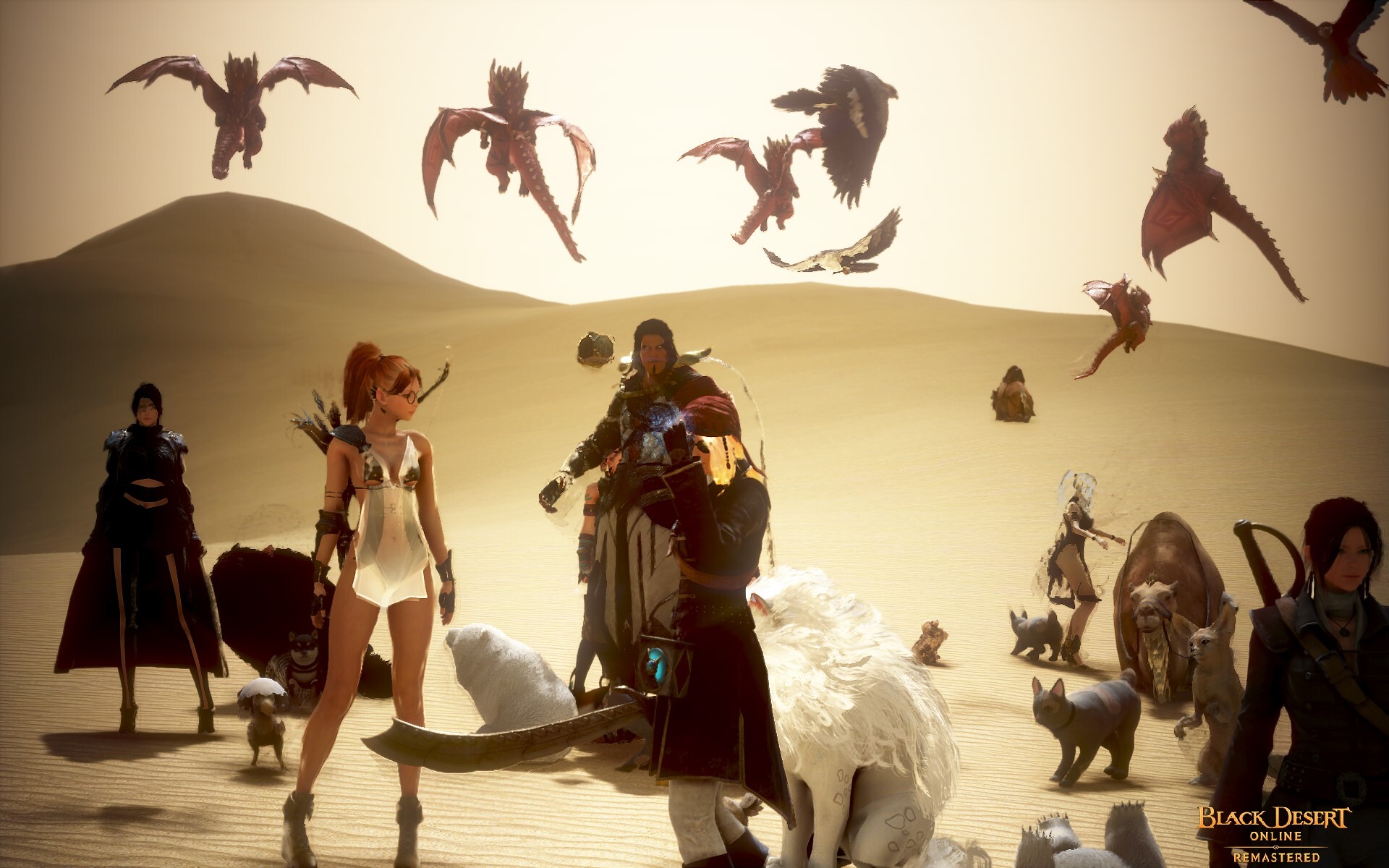 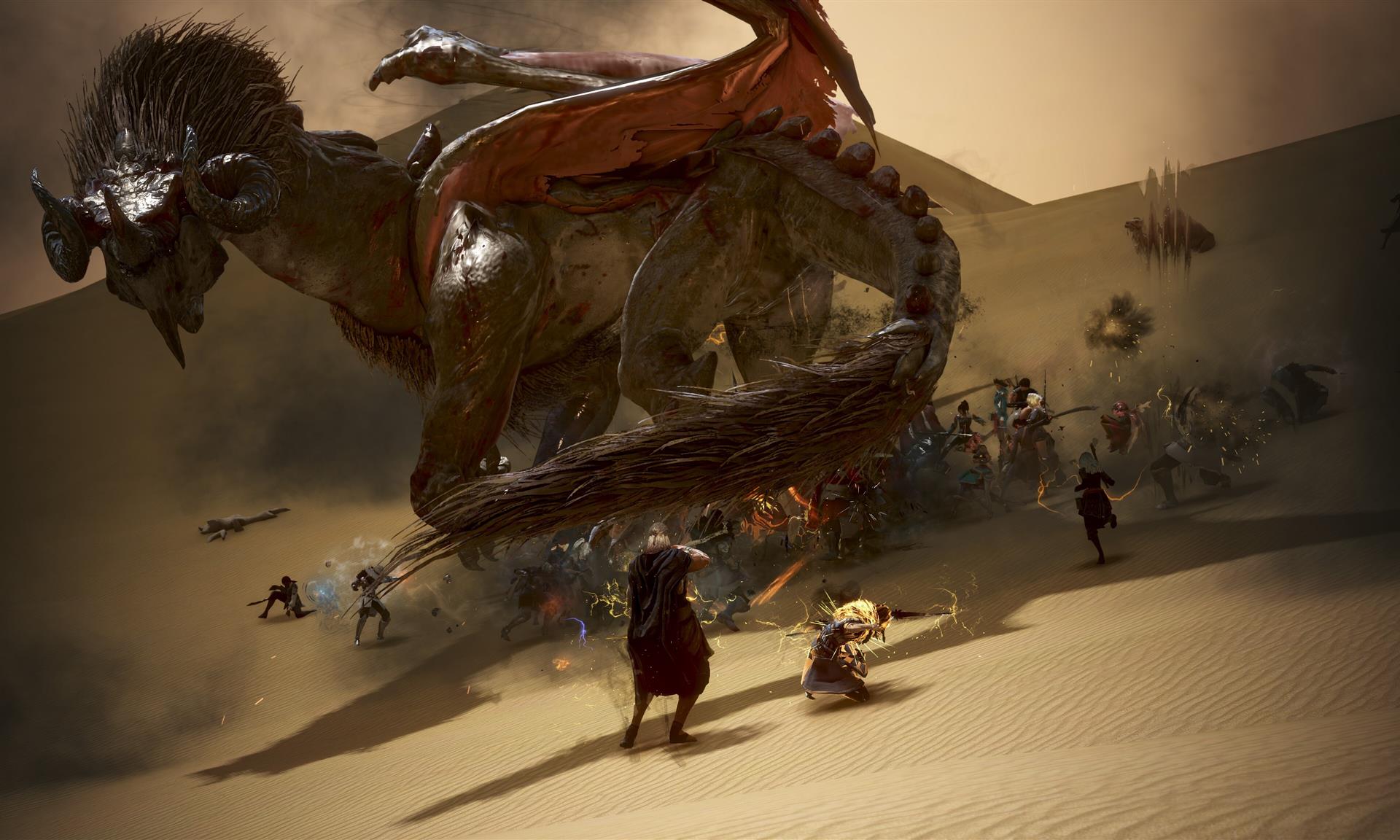 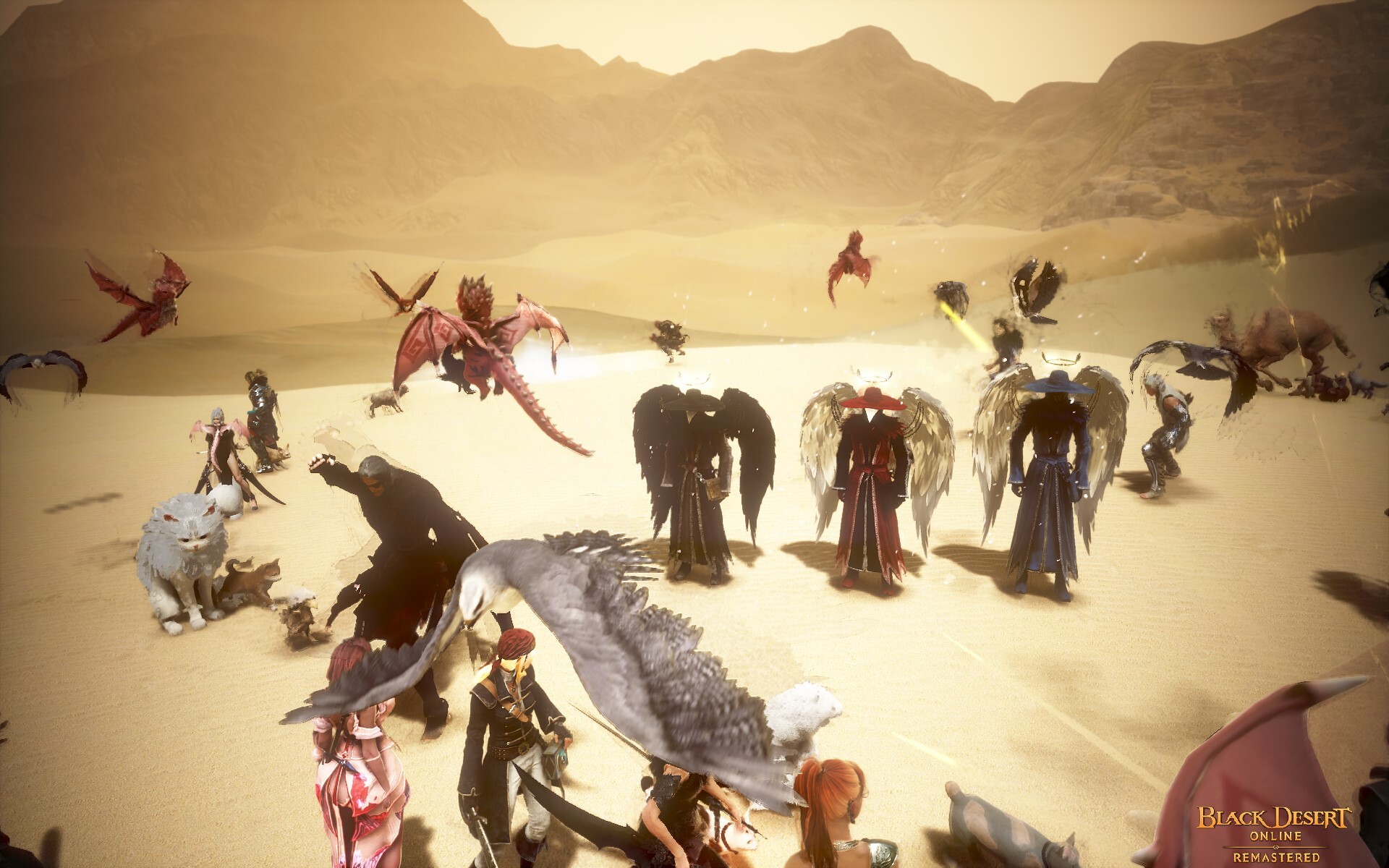 View list
2
LastiQ
Thanks for the guidance! More guides like this !!! This is especially useful for beginners!
ZackGains
Will there be a garmoth outfit?
If so I hope it will be very epic and cost at least 80,000,000,000 silvers
Cancel Submit
Cancel Submit
1
View list