[GM] Daisy is back with the fifth lesson about World Bosses! In this lesson, we’ll be learning all about Mirumok Destroyer Offin, a name that may sound unfamiliar to those of you who are new. But whether you’re a new Adventurer who has no idea what World Bosses are, or a returning Adventurer trying to remember where Offin spawns, everyone is welcome!

Mirumok Destroyer Offin is a weapon created by the ancients who built the Mirumok Temple. This gigantic weapon first made an appearance in the world of Black Desert on May 2, 2018.

What’s the story behind Offin? 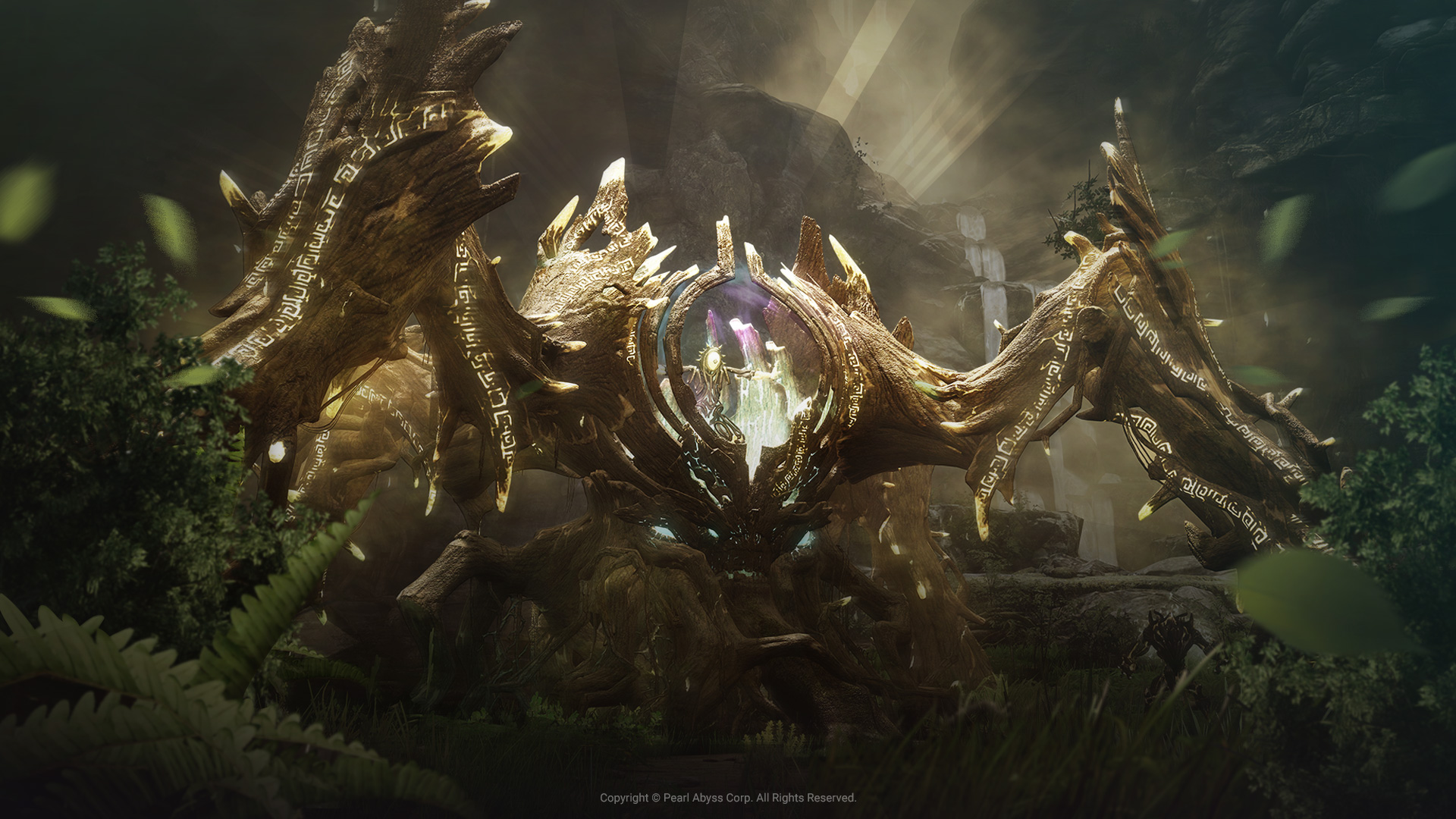 Mirumok Destroyer Offin is an ancient weapon that absorbs energy from the spirits of the forest and delivers nothing but destruction to temple invaders. The colossal tree with roots is “Offin” and the pilot inside protected by the magic shield is “Offin Tett.' Judging from their defensive nature, it is presumed that the ancients created Offin and Offin Tett as guardians of Mirumok Temple to protect the secrets and treasures that lie within.

The ultimate goal in fighting Mirumok Destroyer Offin is to take out the Watcher Offin Tett. Unlike the World Bosses introduced in previous lessons, Offin needs to be fought strategically due to its special form; a useful tip is to use a matchlock. Once the fight commences, focus on destroying one of its roots to get Offin Tett to dismount the destroyer. Then use your matchlock to destroy the shield before Offin Tett’s HP drops to 70%. If the shield is broken, Offin Tett won't be able to get back inside the destroyer, meaning you can then finish Offin Tett off without worrying about the destroyer. 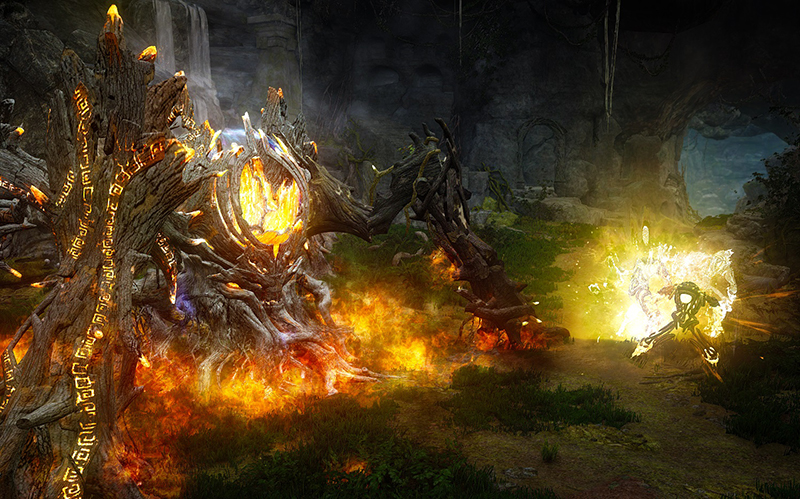 ▲ Offin Tett, Outside the Destroyer!

Where does Offin Appear? What rewards do you get for defeating Offin? 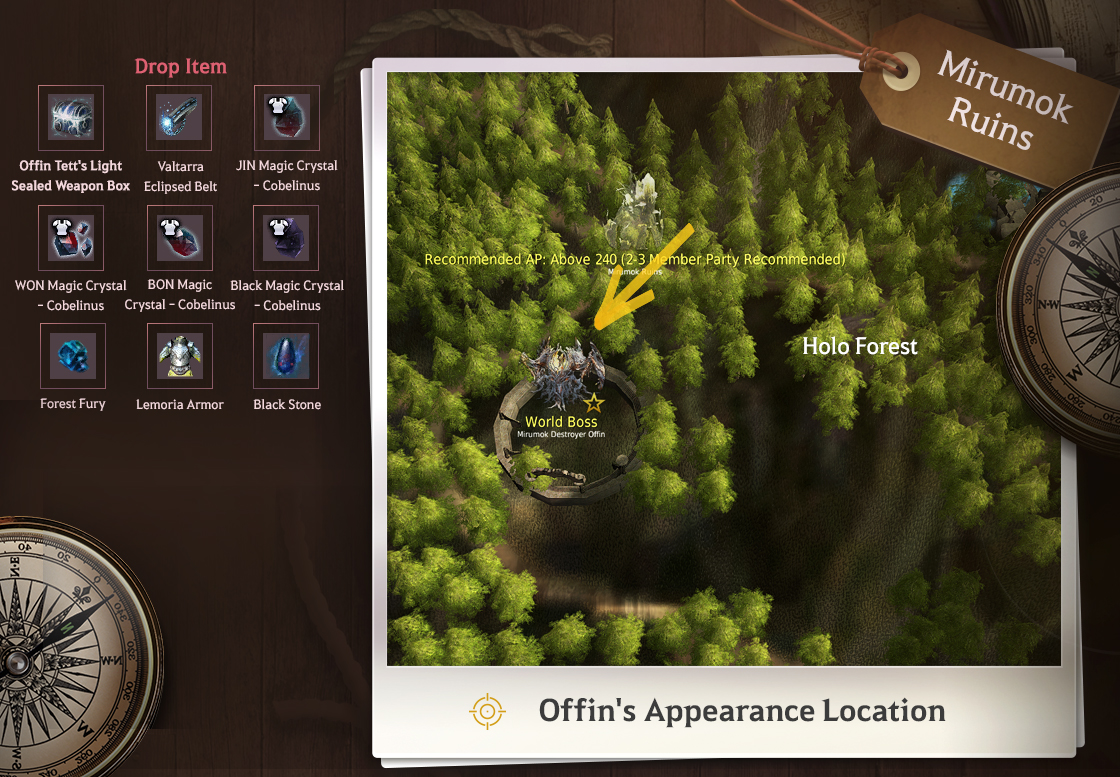 As you may be able to guess from its name, Mirumok Destroyer Offin spawns near Mirumok Ruins, on the right side of Holo Forest.

Remember that you have a higher chance at better rewards the more you contribute to Offin’s defeat, so keep your chin up and fight with courage!

A box containing a main weapon imbued with the power of Mirumok Destroyer Offin. Just imagine how powerful it must be! Make sure to open the box with the right character to get the appropriate weapon for the class you want to play!

A belt infused with the energy of Valtarra Spirit. It receives its life force from light. 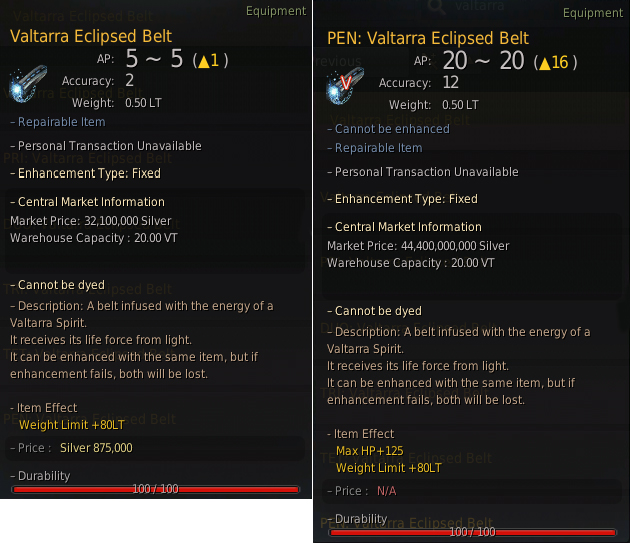 JIN Magic Crystal - Cobelinus can be transfused into armor sockets, which then grants Max HP +100, Weight Limit +20LT, and All Damage Reduction +5.

WON Magic Crystal - Cobelinus can be transfused into armor sockets, which then grants Max HP +100, Weight Limit +50LT, and All Damage Reduction +3.

BON Magic Crystal - Cobelinus can be transfused into armor sockets, which then grants Max HP +150, Weight Limit +20LT, and All Damage Reduction +3.

Black Magic Crystal - Cobelinus can be transfused into armor sockets, which then grants Max HP +100, Weight Limit +20LT, and All Damage Reduction +2.

An item filled with years of rage built up in the woods. Combine Forest Fury with 10 Magical Shards and one of the black magic crystals below to turn it into a JIN, BON, or WON crystal.

Special defense gear inspired by the armor of Liverto the mercenary captain who once visited Lemoria Guard Post. It is distributed to the elite soldiers of the Lemoria Army.

So, when does Offin appear? 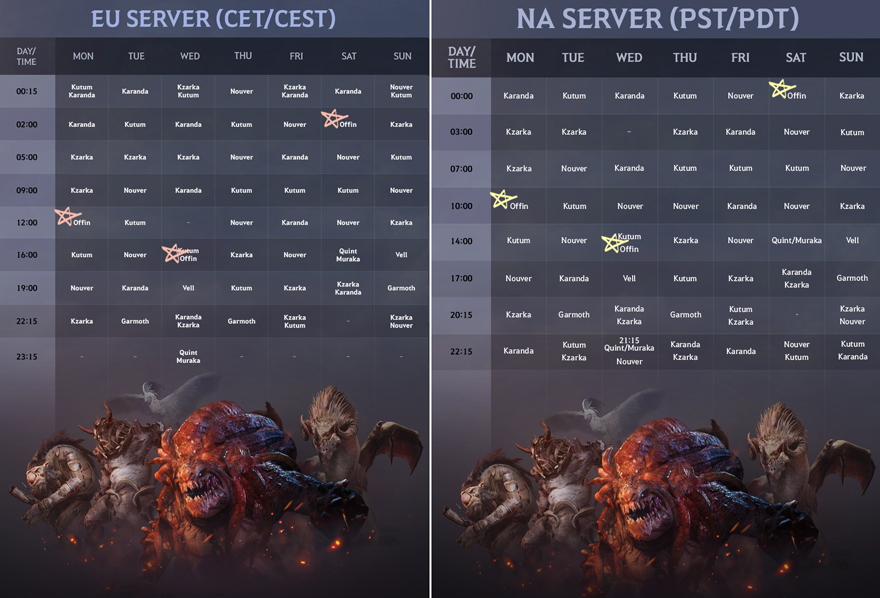 Worried about taking on Offin? Scared to brave it alone? Join the GMs at the following times:

Come to the Holo Forest node on the Season1_Novice Only server at the times listed above to meet the GMs! They’ll show you the way to Offin and give strategies on taking down the ancient weapon! See you there!

That wraps everything up for Mirumok Destroyer Offin! I'll be back with Part VI so please stay tuned!

Take a look at all the new Adventurers who helped us defeat Mirumok Destroyer Offin! 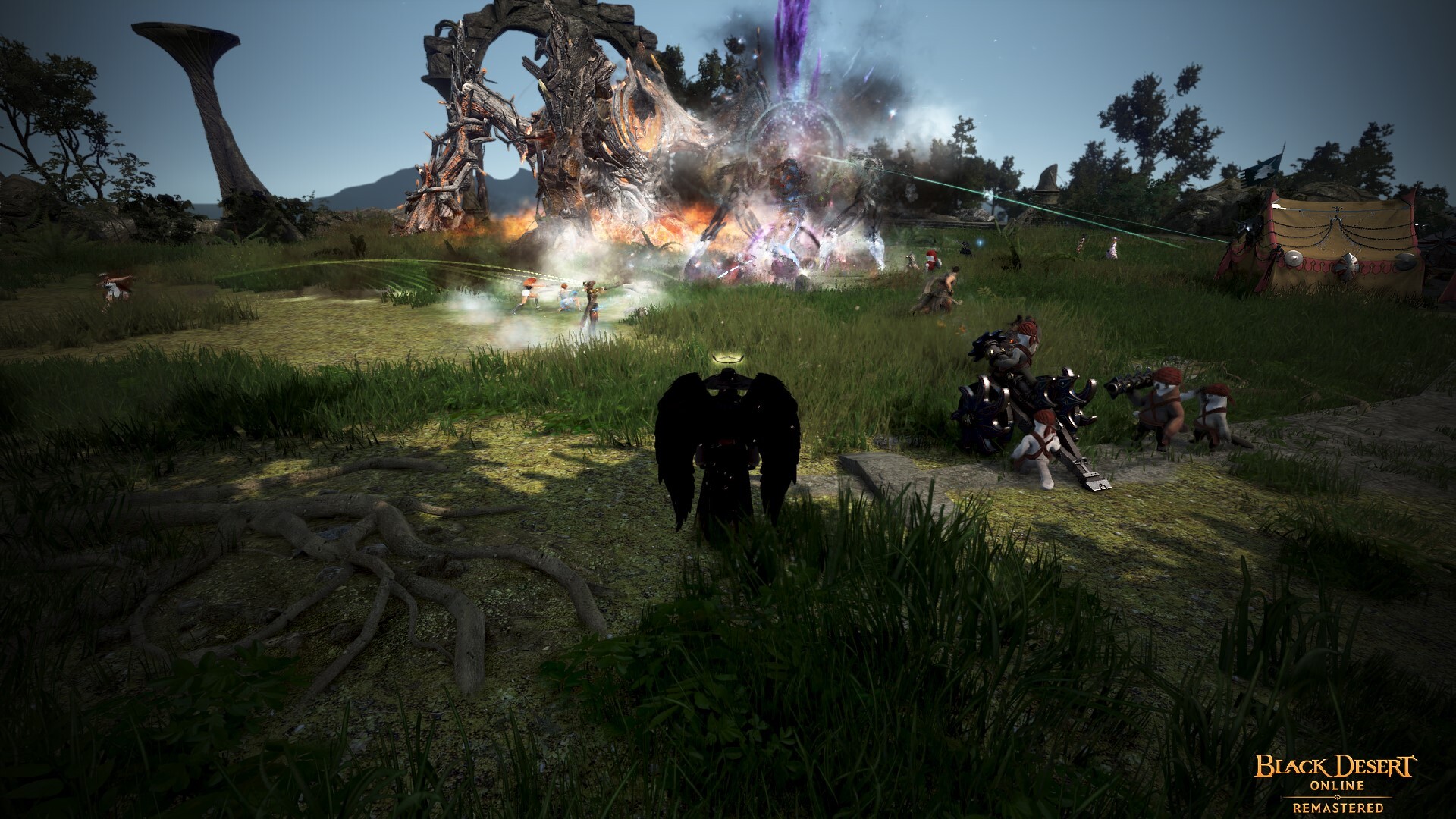 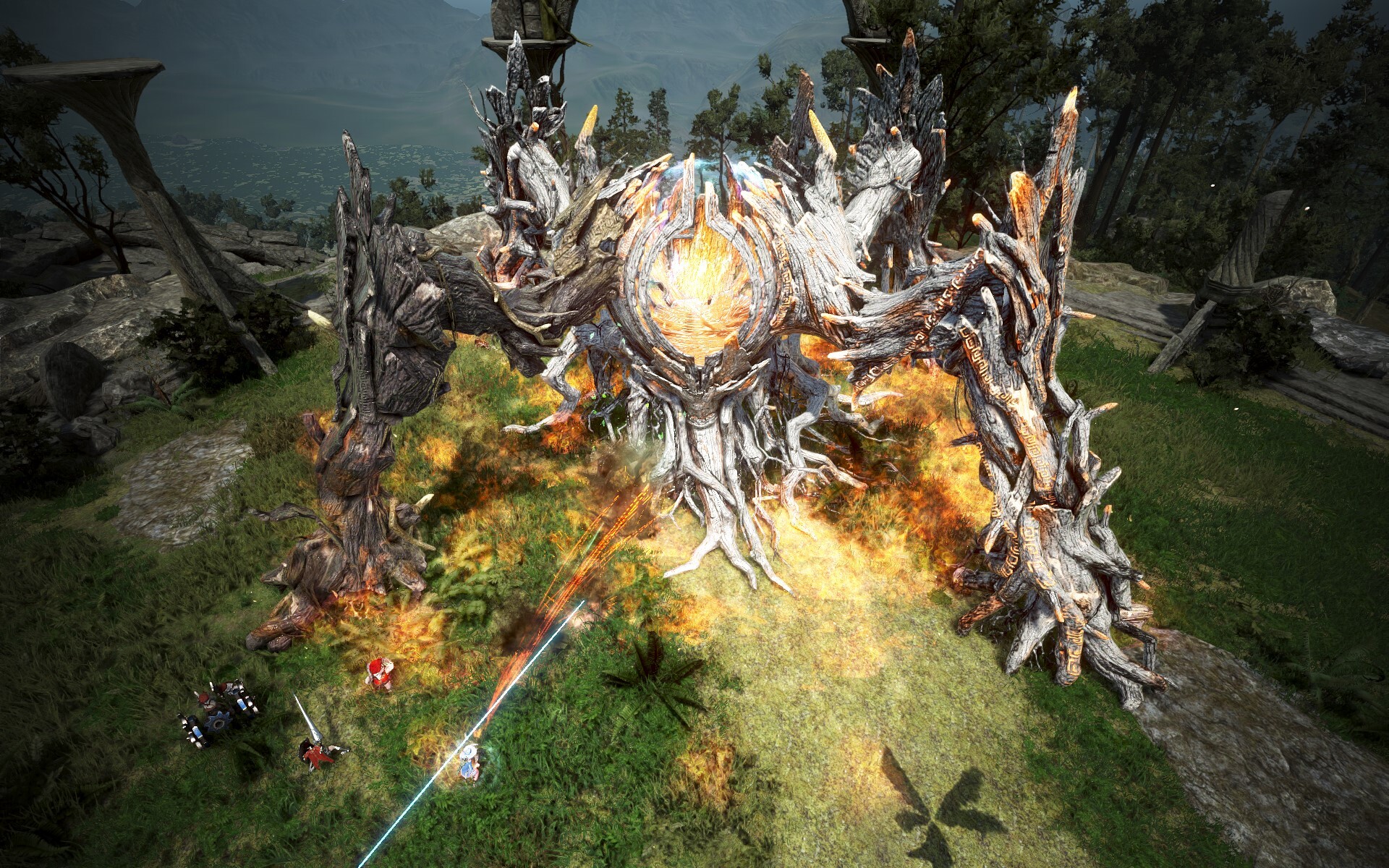 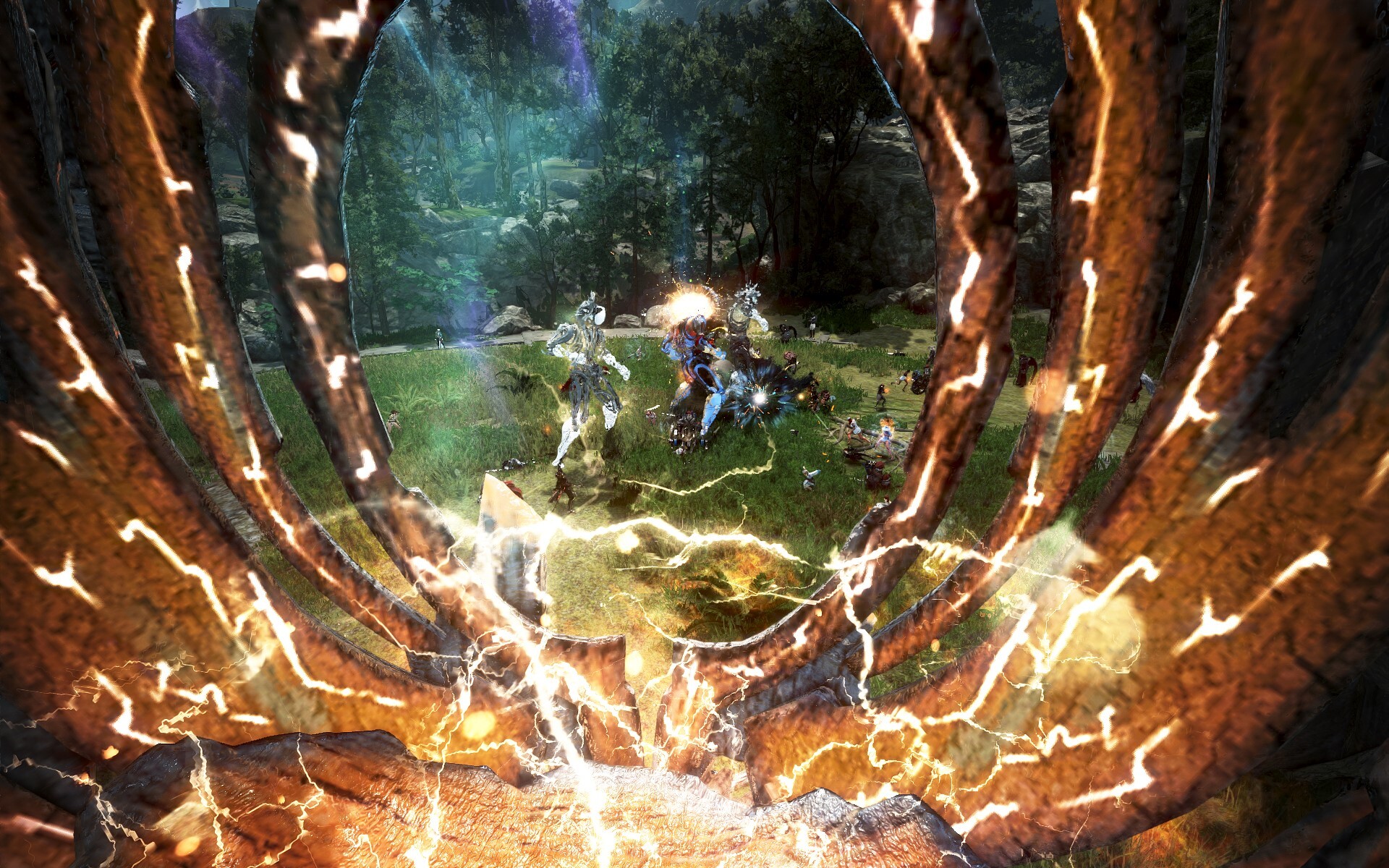 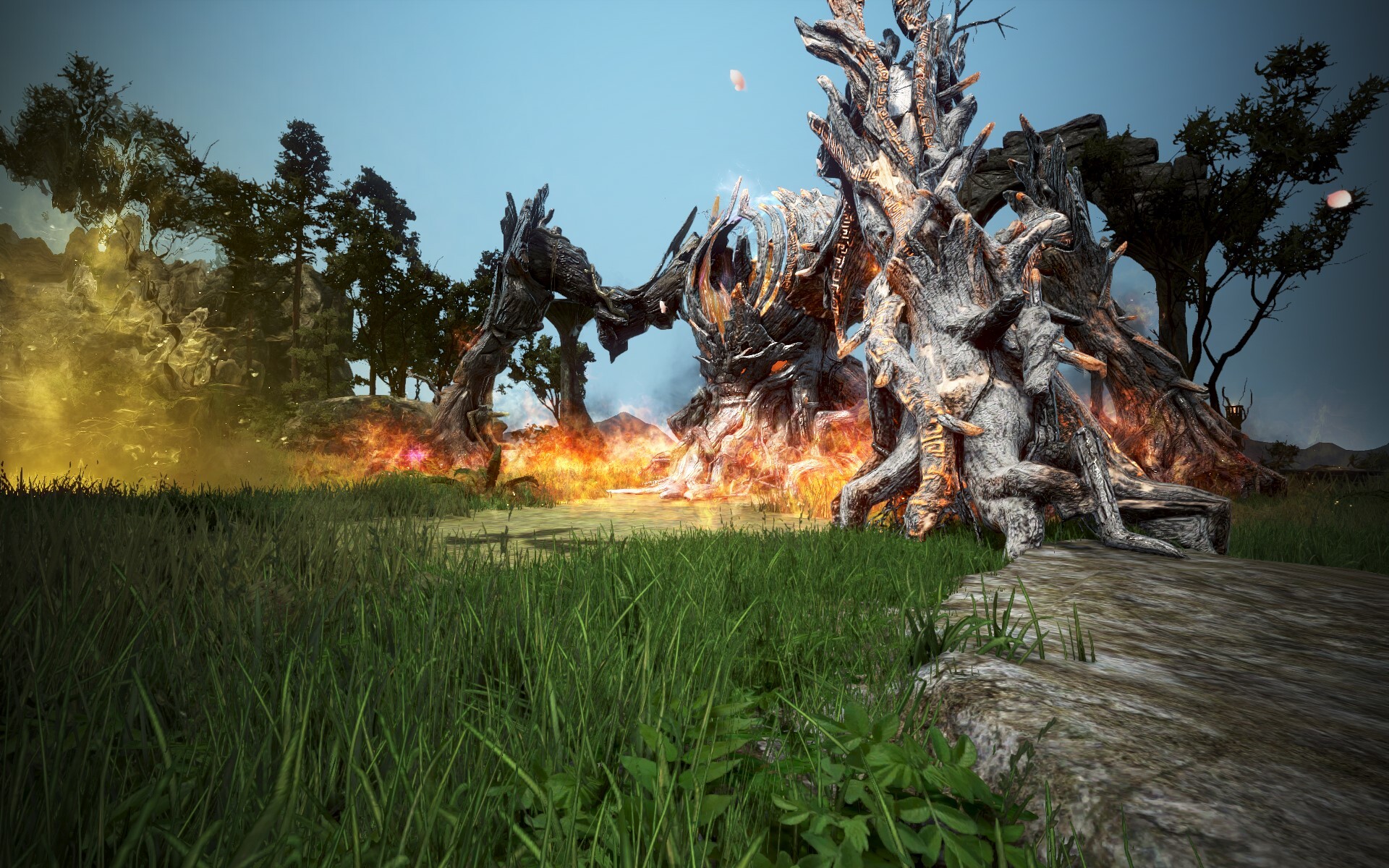 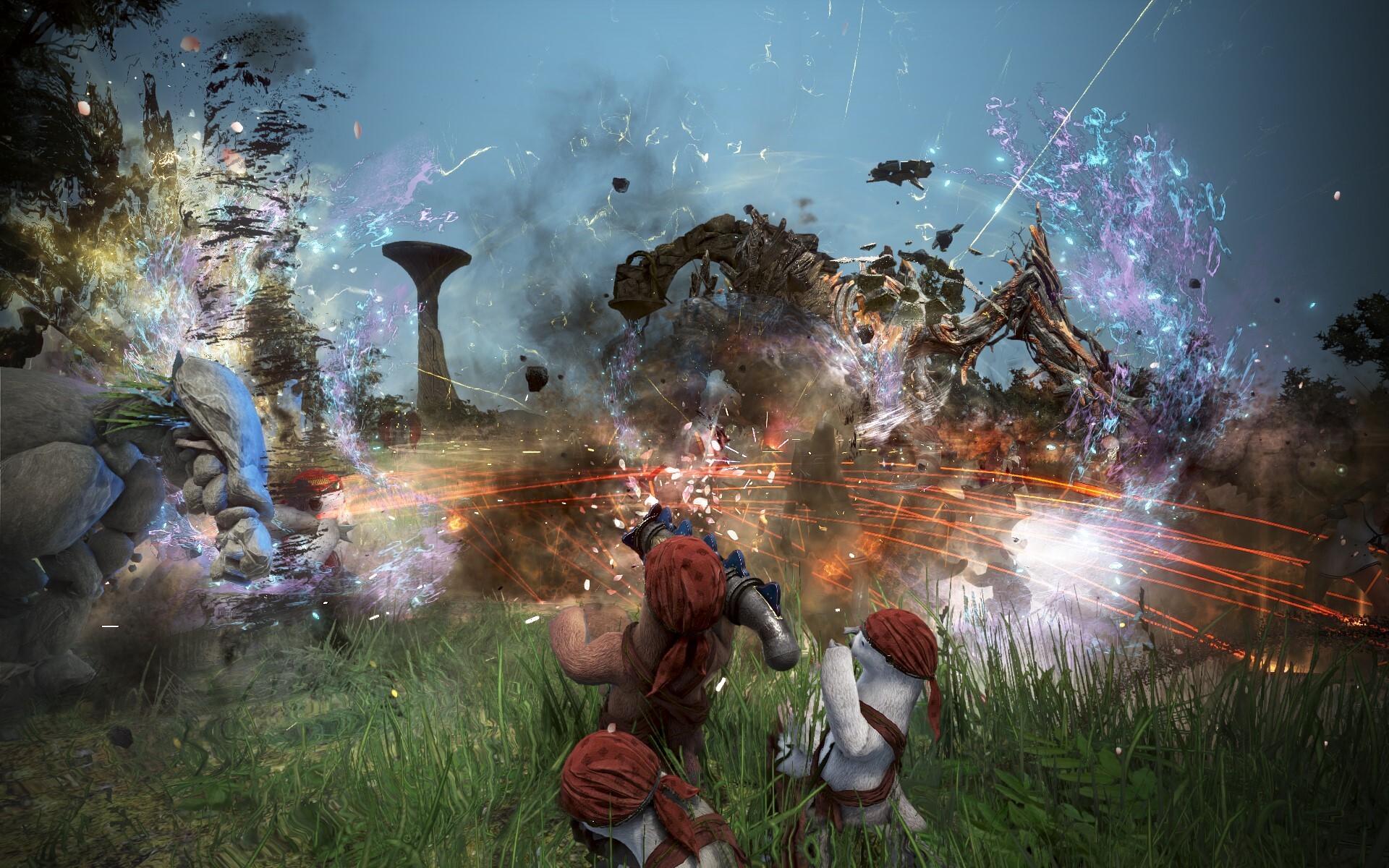 View list
5
0
Bryl4nt
What we can get from killing Tett?
11
Elfheimr
@Bryl4nt Disappointment
This post has been deleted.
This post has been deleted.
4
Yomigaeru
would be nice if you add that you can actually get the loot 3 times from him
1st helping to kill the shield (use a matchlock or rangeskills to attack it)
2nd hit Offin itself (you can hit him right after one of his roots is dead or after his shield is down for like 10secs, it's enough to hit him a few times)
3rd from the Offin Tett Destroyer, which is coming out of the shield after you defeated one of his roots

the roots itself give also loot, but it's only some trashloot
1
Juxin
Would be nice if all world bosses could be instance teleported so you did not have to keep an alt there, and you did not lose crystals.
Offin is only killed for chances of forest fury, because the game has such a lack of them.
0
Jsomething
I think the game has too many instance teleports as is. Ruins the immersion man and the open world feel.
An item that you buy (at decent price) which teleports you (and has decent flavor text) is another story.
Cancel Submit
Cancel Submit
1
View list