Tomorrow, March 3rd, marks a big day for the NA/EU Black Desert Online PC service! It marks the 5th Anniversary since the service began back in 2016, and we couldn’t have done it without the help of our fantastic community!

To commemorate this moment, we hosted a Live Stream on March 2nd. Hosting some in-game activities, taking a trip down memory lane with some of our creators, and getting a sneak peek at some upcoming events & content.

Just in case any adventurers missed out on the Live Stream, we've collected all the information we announced below.

Soon, the blood-eyed dark invaders will seek out these lands.
On that day, I shall make my return from eternity.

- Best in Class Championship will be held in NA and EU server! Find out who's TOP of each class from this tournament!

- Further announcement on Best in Class Championship will be made in the very near future. 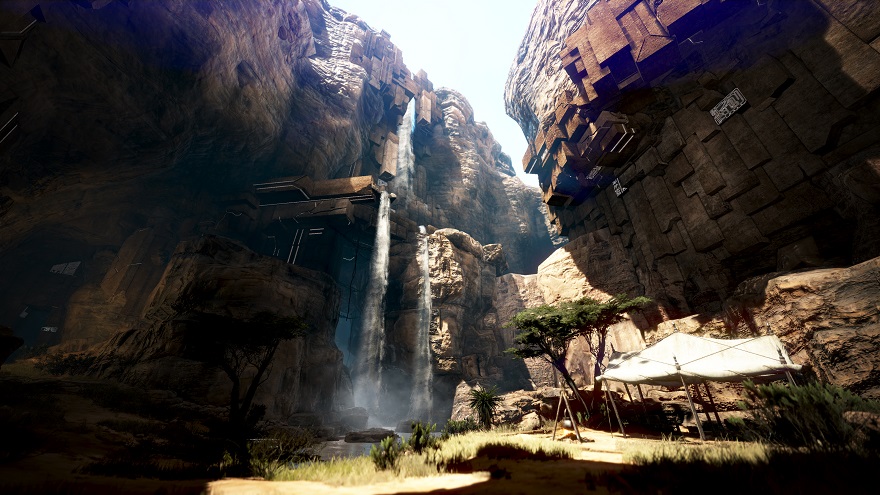 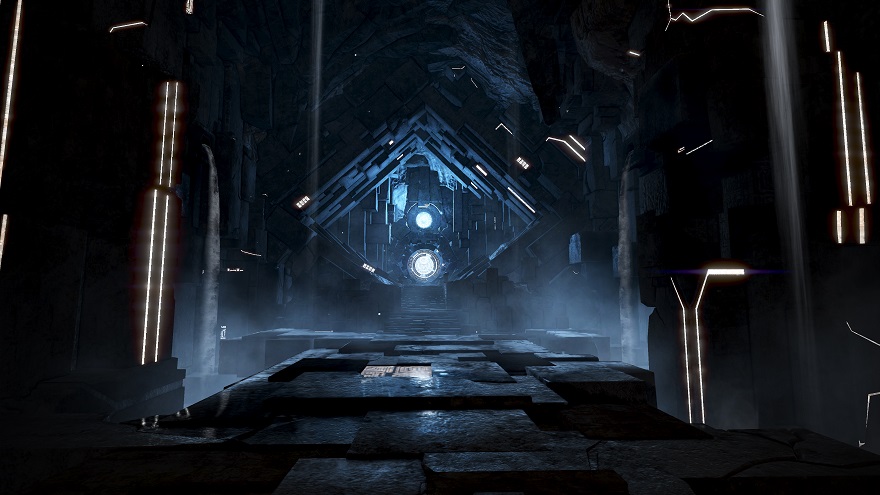 - We will be adding a new dungeon for those who want to play co-op with other adventurers, which won’t force those of our adventurers who prefer solo play. The name of the new dungeon is "Atoraxxion."

- During the Valencia main questline, you will end up visiting the secret room within the Ancient Stone Chamber where you'll see a big entrance behind the Ancient Guardian. This is the gateway leading to the new dungeon. 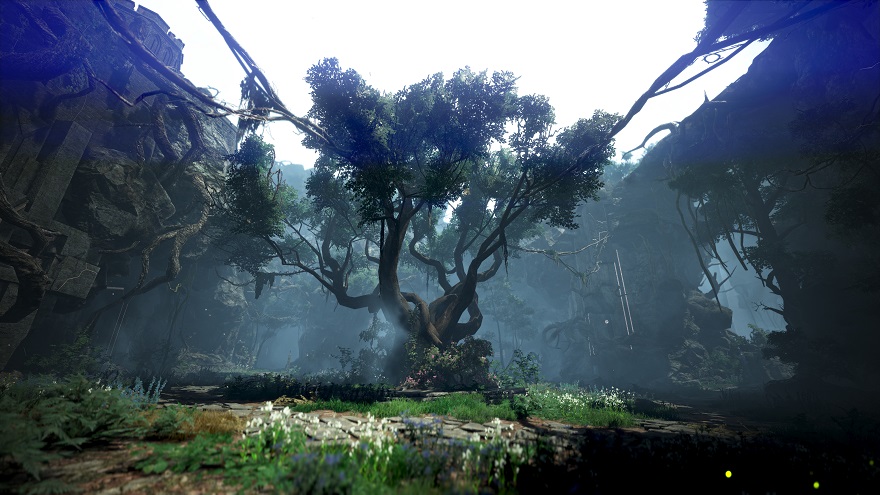 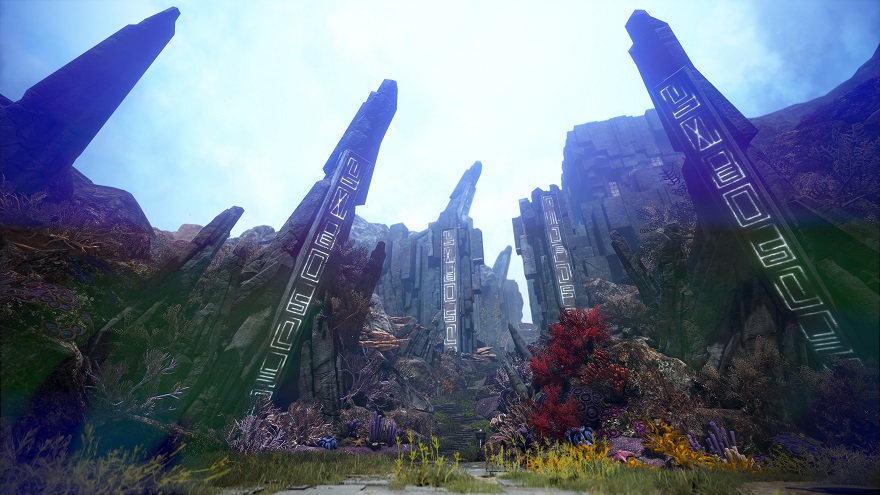 - Unlike the existing hunting grounds, this dungeon will require both long sessions of defeating monsters combined with strategic play, as there will be certain moments where each adventurer will have to play a certain role to complete the dungeon. This will be a uniquely "Black Desert-style” dungeon that will allow any class to complete by the use of gimmicks and solving puzzles.

- Also, we are thinking of creating a special role for adventurers with lower AP and DP so that they too can participate in the co-op dungeon.

- As the main conceptual design is based on an ancient temple, you will be facing off a variety of ancient weapons, as we were able to fully flesh out some unique ancient weapon designs and concepts.

- Despite the addition of this dungeon, please note that we will continue to release new hunting grounds that stick to the current solo play mode.

Missed out upcoming contents announced in the Calpheon Ball?

- In the image above, we see the Okjinsini who reside on the Golden Mountain, one of two new hunting grounds located in the Mountain of Eternal Winter. The Okjin of Okjinsini means “Snow,” and they boast both large physique and strength as masters of the mount. Adventurers will face them head-on in one-on-one bouts.

- Second, we have the Murrowak Labyrinth, where you will find these monsters inspired by pill bugs you may have encountered during your childhood. While their appearance may be akin to the pill bug, they’ll display behavioral patterns like the ant, especially in how they live in deep holes beneath the mountain.

- If adventurers achieve certain conditions in each of these “ant” holes, the queen’s nest will be activated. While fighting the queen, countless Murrowaks will flood in from all corners, and we expect this fight to be truly chaotic. However, defeating the queen will award you with loot befitting the challenge.

- Also, here at the Mountain of Eternal Winter, the Golden Dragon lays in slumber. Expect the raid to show mechanics you’ve never seen before.

- We are developing the Mountain of Eternal Winter update to release next winter.

- Only Guardians who hail from this region will have resistance to hypothermia, while Shais can use their buff to protect their allies along with themselves from the weather. 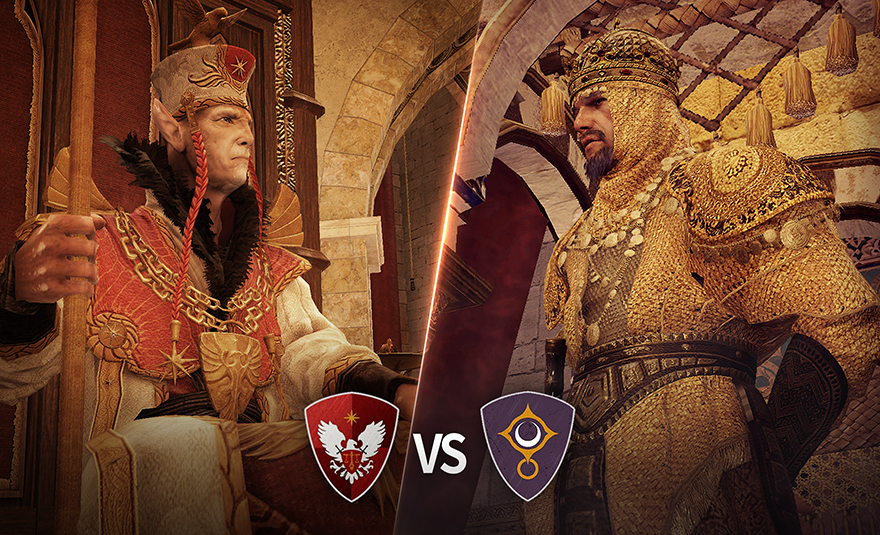 - Soon all Guilds in Black Desert will be able to designate one server, out of many, and gain certain benefits from playing in that specific server.

- We’ll make sure these benefits aren’t too generous, so adventurers never feel forced to tie themselves down to one server.

- One of these benefits will be moving between different numbered servers under the same name without any cooldown time.

- We are also developing minor and major contents to tie in with main servers, of which is Server Wars.

- Server Wars are an upgraded version of the World Conquest Wars. Once activated, servers will be placed within the camps of Calpheon and Valencia.

- Once every month, or some other preset period, guilds of each camp will either invade the opposing server or defend against the invading camp, leading to giant war.

- Since we plan on developing this content so most guilds will be able to participate, we expect the scale to be much larger than our World Conquest Wars. With more adventurers participating, we will continue developing it so multiple skirmishes will take place in different areas around the world of Black Desert. 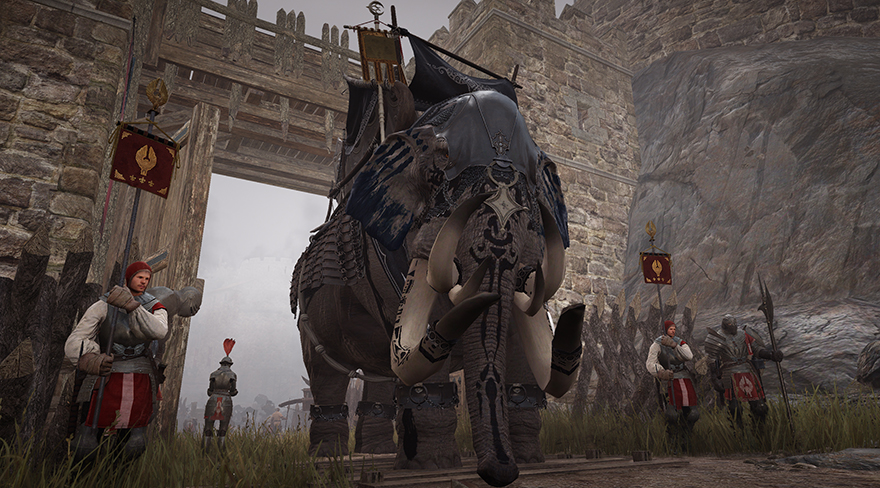 - Also, to add a strategic element, we are developing a guild campsite and tactical elephants that will serve as headquarters on the front during these local skirmishes.

- Despite the “war” aspect, we don’t want those guilds with mightier battle prowess to use this format to pick fights with smaller guilds, and we are seeking to develop it so that guilds placed in their respective camps will cooperate and protect each other during the war.

- Guild with stronger members in their ranks would head to the frontlines, while other guilds would strategize with indirect skirmishes or supplying the war effort from the rear. We will do our best to develop this content with the MMORPG format in mind, where adventurers will be able to help each other and receive help from others through means of play that they enjoy and excel in.

- Relating to the Main Server content, we seek to expand it to include PvE or Life skill-based content to encourage competition within server camps. 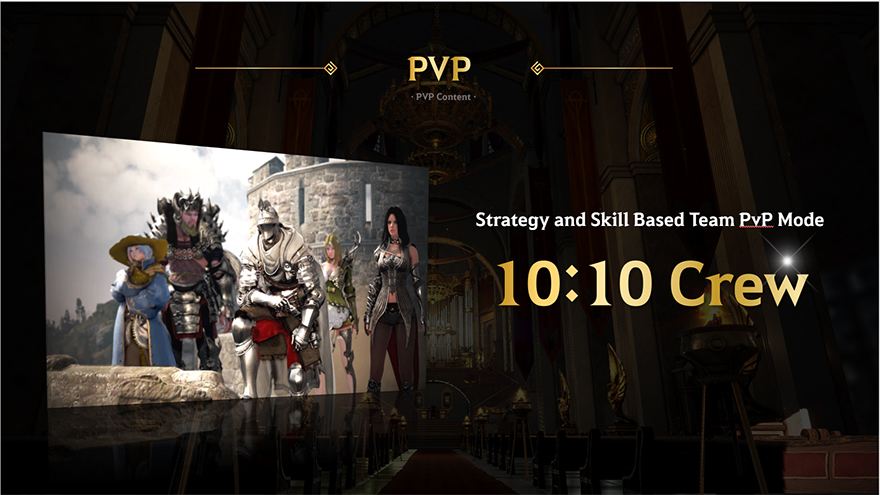 - Unlike guilds, 10 vs 10 Crew is for those adventurers who swear by PvP, and group up with like-minded comrades-in-arms to form a crew to compete against others.

- Crews will consist of 10-person teams (each a different character) with 3 people in reserve. Regarding the arena, we are thinking of offering a variety of options such as the traditional Capture-the-Flag format or the more Black-Desert style of mini-Seige Wars. 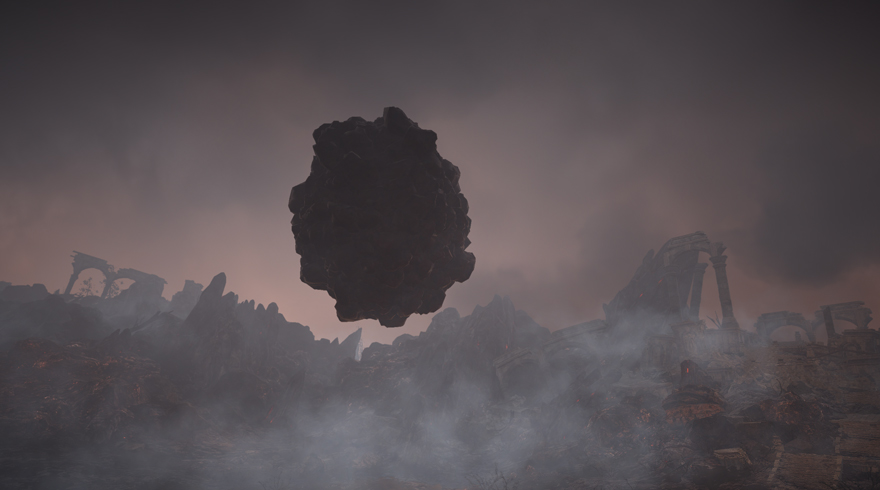 - The true nature of the ominous meteorite floating above Star’s End is none other than the new World Boss itself.

- We plan on adding gimmicky features to the encounter that will allow adventurers to hit the meteorite, which will continue to spawn Incarnations of Corruption. To take down this boss, adventurers will need to take up different roles and work together. Also, one the main drops from the boss will be materials needed to improve Blackstar gear.

- The mystical fish content was content we felt that we could develop because this was a MMORPG, and we hope to expand in our offering of such challenging content.

- We hope to maintain the idea that such content is challenging, so upon completion, the partaking adventurers will feel great joy in their accomplishment and be well-deserving of their fellow adventurers’ praise. 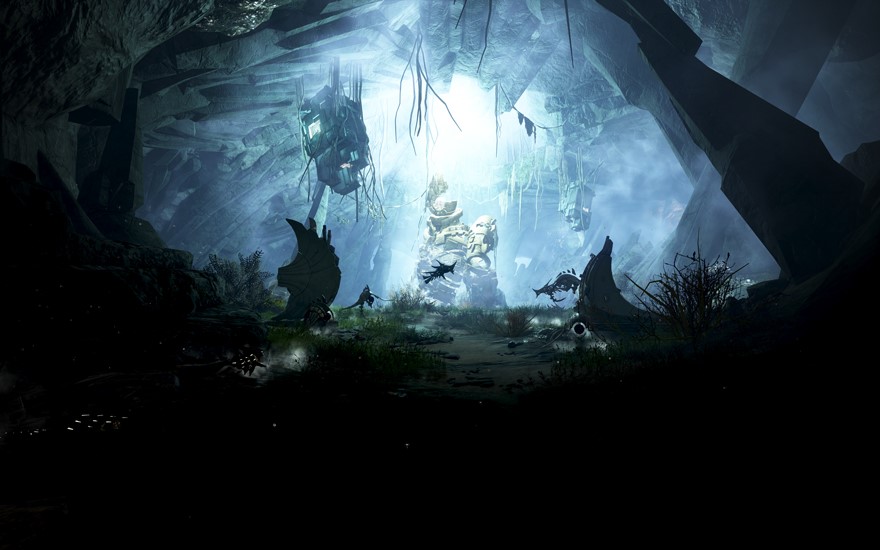 - Since a person can only run through the same location so many times before getting bored, In the name of improvement, we decided to create a hardcore hunting ground, starting with the Terror of the Deep Sea.

- This hardcore hunting ground will set you the adventurer to explore the Deep Sea ruins by yourself. We designed the place so the more you kill monsters, the difficult level begins to climb. Monsters hitting harder, or random bombardments or elite monsters suddenly appearing are some of the ideas we’ve thought of so far.

- You may leave these hunting grounds with whatever loot you pick up, but if you die while in this zone, you will be forced to return with only half the loot you obtained. This will bring more levity to your decision to further remain on these grounds to continue the challenge.

- As the hardcore hunting grounds are being developed with hopes to breathe new life into this content, we plan on placing a 2 week to 1-month time restriction for re-entering the grounds whether you were killed or left voluntarily. Of course, we will make sure the loot that drops is fitting of its difficulty.

A New, Grandiose Residence, the Mansion 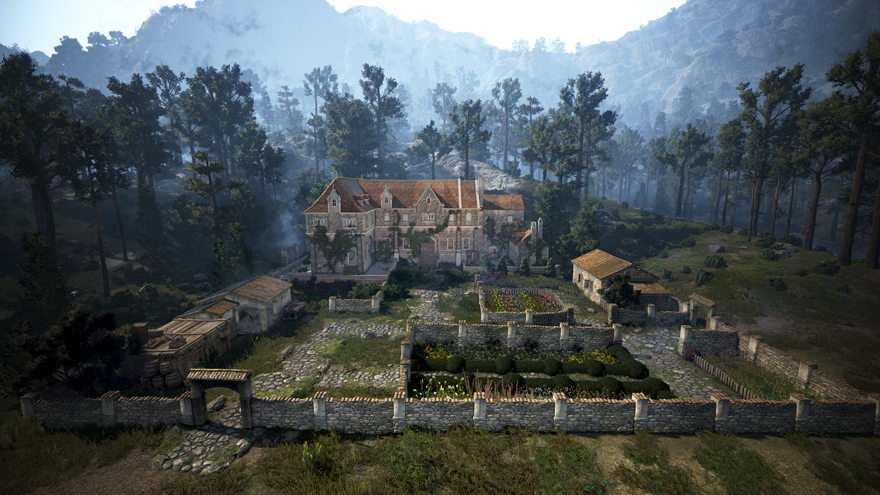 - If you invest some contribution points and achieve certain conditions in a city like Heidel or Calpheon, you will be granted ownership of land in the town and also the property deed for the Mansion.

- You can upgrade Mansions using various materials, and as they'll be quite spacious, you will be able to design the interior however you like.- Also, we are planning to allow adventurers to customize the exterior of their mansion as well. You will be able to install trees, your very own garden, statues, and/or lighting outside the Mansion. We plan on implementing a whole variety of related furniture, too. 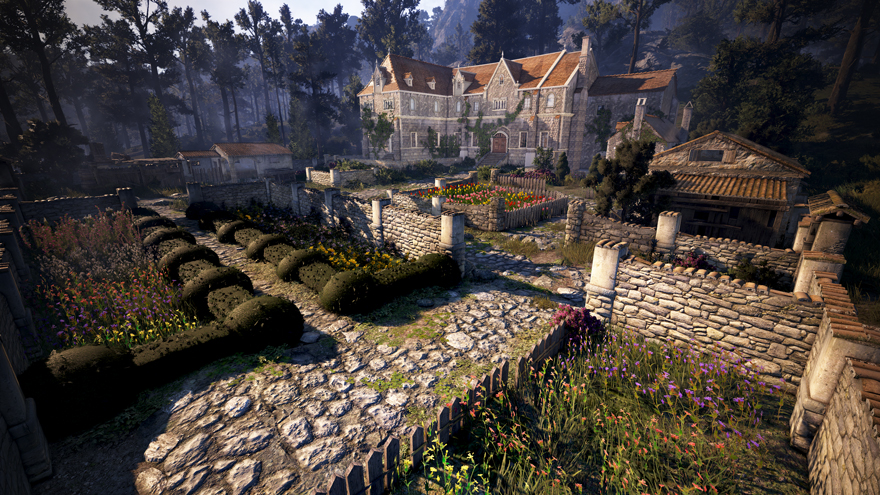 - This is not yet confirmed content, but we are also thinking of adding a competitive rank system for Mansions. But it will be more than a means to collect expensive furniture. We are considering taking a new approach.

- We will do our best to create a space for our adventurers where they can actualize their artistic ambition and/or desires through the Mansion.

New Continent: Land of the Dawn 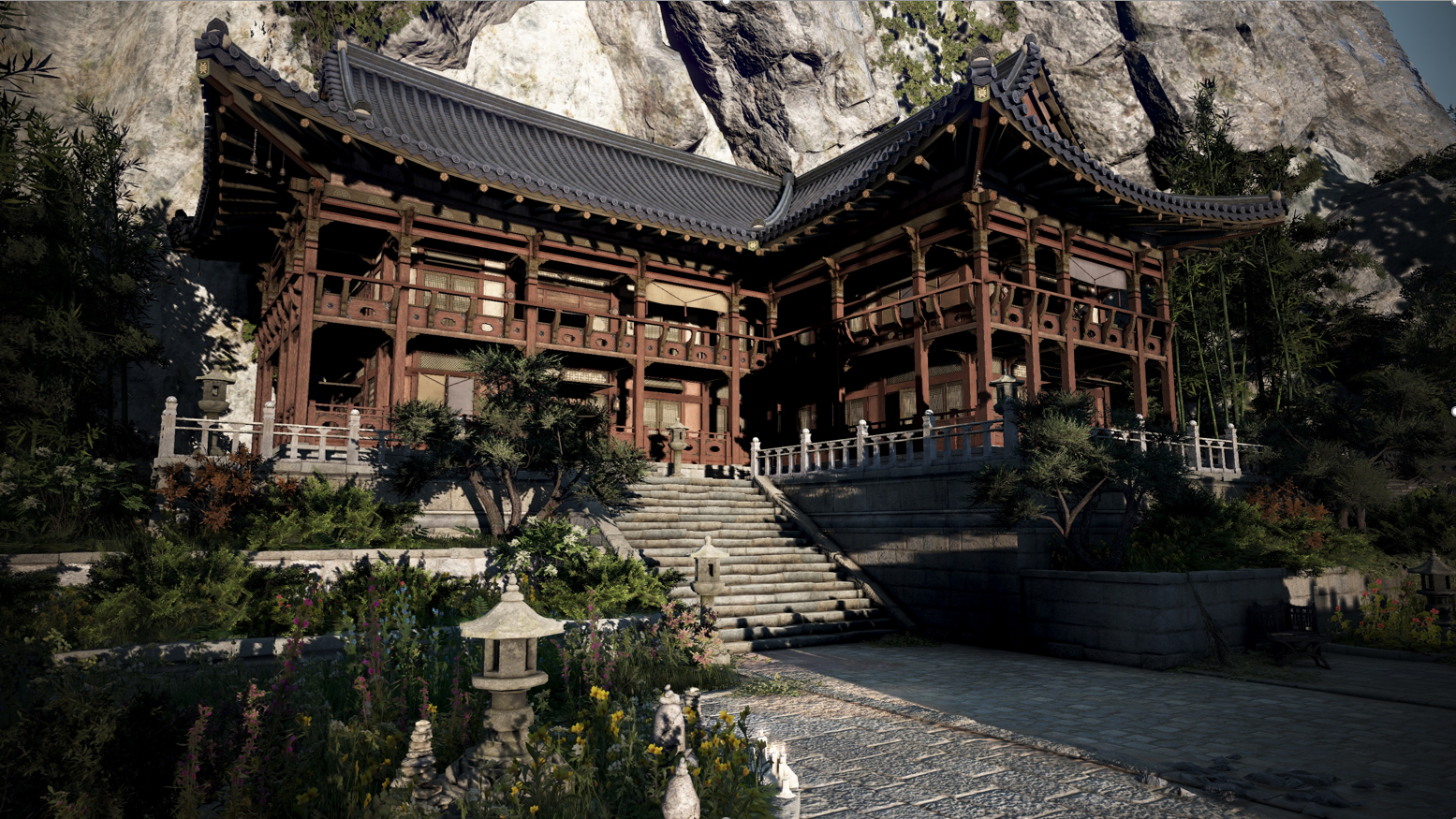 - The Joseon Dynasty, the last imperial dynasty of Korea, will be the background design for the Land of the Dawn, a new continent where ancient palaces will be the motif for designing the central city where Adventurers would gather.

- Here the hidden stories of Musa, Maehwa, and Lahn, who had crossed over to the lands familiar to our adventurers, will slowly unfold presented in the Asian motif.

Thank you to all the Adventurers who have played Black Desert for the past 5 years. We hope you stay with us to experience the future fun & adventures that we still have to offer.