In this GM Note, we’ll be presenting the new content that were not available during our previous seasons. Adventurers, the long-awaited Season+ graduation is at hand! Let’s go through the how-tos of graduation and the new content coming in!

If you are an Adventurer who played the Season servers for the first time, this is for you!

Did you decide that you want to graduate from Season+? Then you will need to meet the following requirements.

If you meet all the requirements for graduation, then following the steps below to start your graduation!

Feel like you’re ready to experience the Black Desert world on the normal servers with the awesome rewards that Fughar has prepared for you?

If so, head to the NPC Leyla in Velia to accept and complete the graduation quest.

* You can only use the Honorable Adventurer's Certificate in a normal server once you fulfill all of the graduation requirements.

* Unlike previous seasons, the item “Gift Box Full of Memories” does not contain the item “[Season] Boss Gear Exchange Coupon.”

* Tuvala Gear that have not been converted with a Tuvala Conversion Stone cannot be equipped by a normal character!

We have tons of rewards for our Adventurers that have worked hard to graduate from the Season+ servers.

Check out the rewards that NPC Fughar has prepared for you!

▼ Items obtained by opening the “Gift Box Full of Memories“

Find the NPC Fughar with the item to select your season special reward. 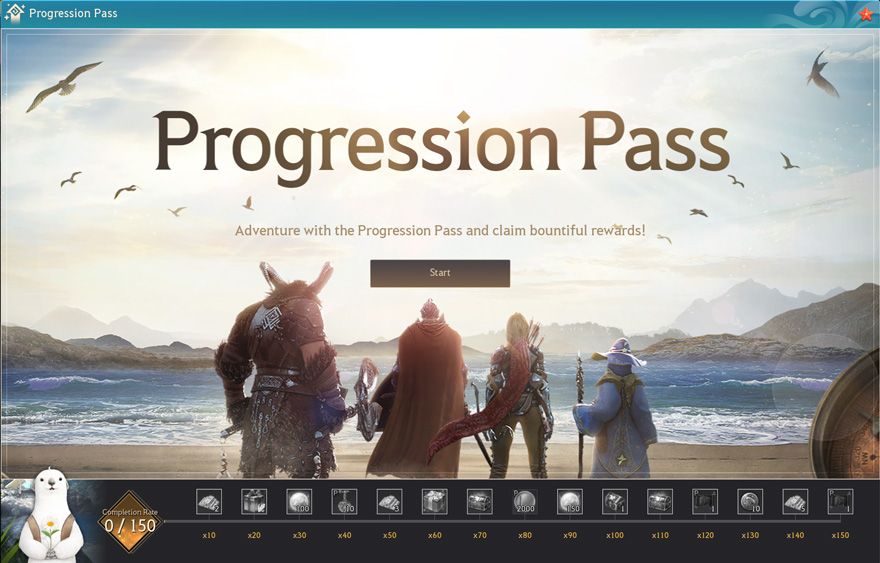 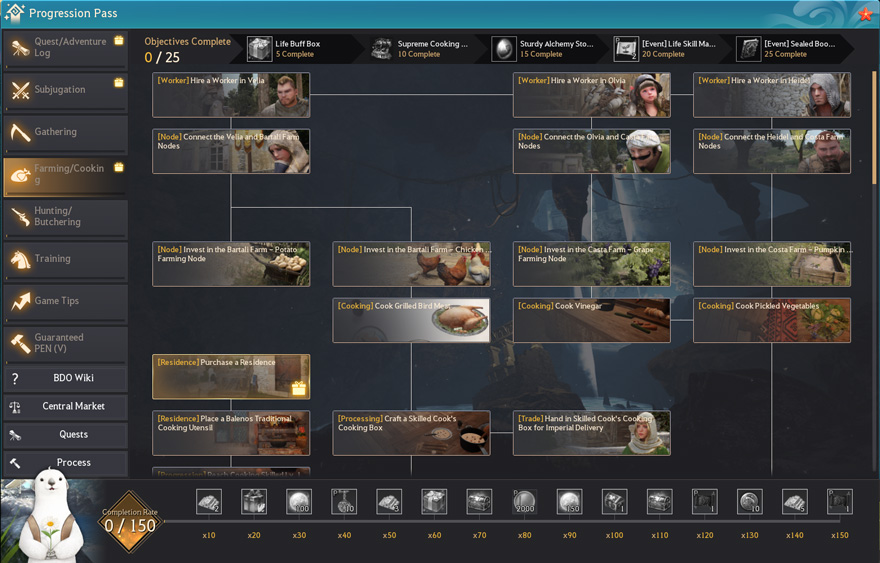 A new upgrade system has been added. This system will allow you to get four defense gear and three weapon types for a total of seven boss gear at the PEN (V) enhancement level, guaranteed!

Check out the details in the GM Note linked below.

View list
6
Submit
Raewulf
Report
A mastery progression reward should be something like new or extra resource nodes, transport wagons, etc.
https://www.naeu.playblackdesert.com/en-US/Forum/ForumTopic/Detail?_topicNo=15205
Reply
3
Eiro
Report
Is this for new characters? If not, will those goals auto complete for an account with veteran characters?
Reply
0
Furlozza
Report
@Eiro It Auto-completes in some sections (where quests are involved). In some sections, click on the task and it may complete based on previous characters' activities. In some cases, you actually have to DO the quest/task on an open world character after
opening the Pass..
Reply
0
Shadowloney
Report
Great pearl!!
Reply
0
Defamed
Report
i'm coming back to the game, give me pet. Thanks :)
Reply
0
Aeorwyn
Report
Can I use my non-seasonal main character complete objective of progression pass? Is it a limited time event or it's permanent?
Reply
0
Cancel Submit
Cancel Submit
1
View list