Here are the latest update details for Black Desert Online on May 11, 2022 (Wed). Today’s patch contains 76 updates and is approximately 870.72 MB.

You can now create presets by selecting the "Edit Preset" button in the Artifact Inventory. Then you can select the "Equip" button of a preset to equip and manage your artifacts.
Especially since the Artifact Inventory is shared within your Family, this function makes it convenient for you to manage artifacts across multiple characters.

We hope you will enjoy and take advantage of the new Artifact Present function. 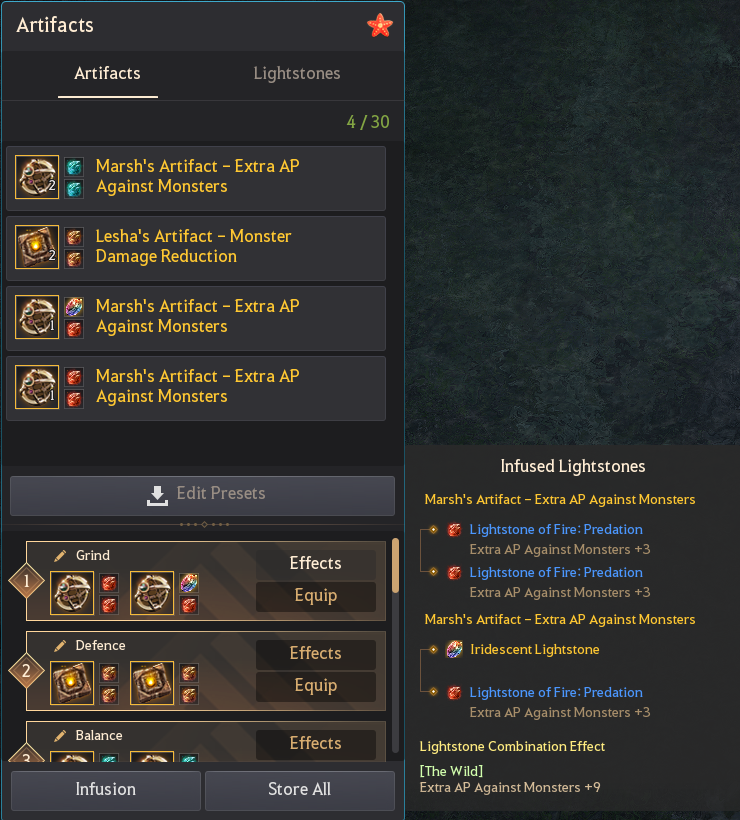 ● Improved the game pad mode UI to be able to use the Artifact Inventory and artifact presets.

We have adjusted the difficulty of the stronger world bosses such as Stormbringer Karanda, Nightmarish Kzarka, Bloodstorm Nouver, and Thundercloud Kutum.

We've reduced the damage of certain difficult-to-avoid and one-hit-kill attacks (regardless of being at appropriate DP levels), and slightly increased the damage of certain attacks that were previously negligible to avoid. We also worked on improving the visibility of the range and patterns of boss attacks so that Adventurers would be able to better react to and avoid them.

We also drastically reduced the amount of time Bloodstorm Nouver spends in flight and made Thundercloud Kutum's debuff to now be purified by 1 Adventurer instead of the previous 3, thus rewarding our Adventurers for properly managing these boss mechanics. Regarding boss rewards, we are still undergoing much discussion as we look over our data. We ask that you also share your feedback and opinions with us as well.

● Adjusted some of the attack patterns and difficulty of Nightmarish Kzarka.
- Reduced damage on some of the attacks.
- Improved the hit area markers to display earlier.
- Changed the attacks that did not display a hit area marker but were telegraphed by the boss' motion to display markers.
- Reduced the strength of the attack that pulled Adventurers in.
- Removed the rocks that fell immediately after Adventurers were pulled in.
- Changed Remnants of Kzarka so that characters can move through them.

● Adjusted some of the attack patterns and difficulty of Bloodstorm Nouver.
- Reduced the frequency of attacks where he would take flight and becomes invincible.
- Changed the aerial attacks so he would land sooner.
- Reduced damage on some of the attacks.
- Adjusted the hit area of certain attacks.
- Changed the sand tornados that pulled in Adventurers to disappear when certain attack patterns begin.

● Adjusted some of the attack patterns and difficulty of Thundercloud Kutum.
- Adjusted the speed and damage of certain attacks.
- Adjusted the hit area of certain attacks.
- Improved the visibility of some of the hit area markers.
● Changed the "Purify" buff that used to be obtained when 3 Adventurers that purified the clouds gathered together to be obtainable by themselves.
* Buff Effects: Significantly increases Extra AP Against Monsters, Movement Speed, Attack Speed, and Casting Speed

● A Step Closer to a PEN (V) Accessory event has started.

[A Step Closer to a PEN (V) Accessory]

● A Week of Playtime Challenges event has started.

[A Week of Playtime Challenges]

- Defeat the bosses that appear from the Dark Rifts for a chance to obtain an [Event] Boss Summon Scroll Box!

● Improved the issue where the camera would rotate awkwardly when switching directions while walking.

● Fixed the issue where motions of certain body parts would appear abnormal when in idle stance with your Guardian.

Today's update adjusted the damage ratios applied when Drakania damages/is damaged by other classes. These adjustments were made to revert her numbers from unintended figures. As these changes impact her PvP gameplay, we apologize for not checking these numbers more closely, and we will strive to prevent such a miscalculation from occurring once again. We will continue to inspect these numbers even after today's reversion, and will make further adjustments where deemed necessary. Thank you.
● When attacking as the Drakania class, the ratio of damage dealt to opposing classes are as follows.
- Increased PvP damage against Guardian by 3.24%.
- Reduced PvP damage against Drakania by 3.24%.

● When being struck by other classes, the ratio of damage dealt to the Drakania class has been reverted from 100% to the following.

* The PvP damage ratios of all classes can be found in the [Adventurer's Guide] - [Class Damage Ratios].
● Fixed the issue where you weren't able to hear footsteps while auto-navigating.

● Increased the Silver prices of Pearl items and amount of extractable Valks' Cry and Cron Stones from all Pearl Outfits that can be registered on the Central Market.

● Improved the usage of items to be displayed first before how to obtain the items for improved item descriptions of existing items. 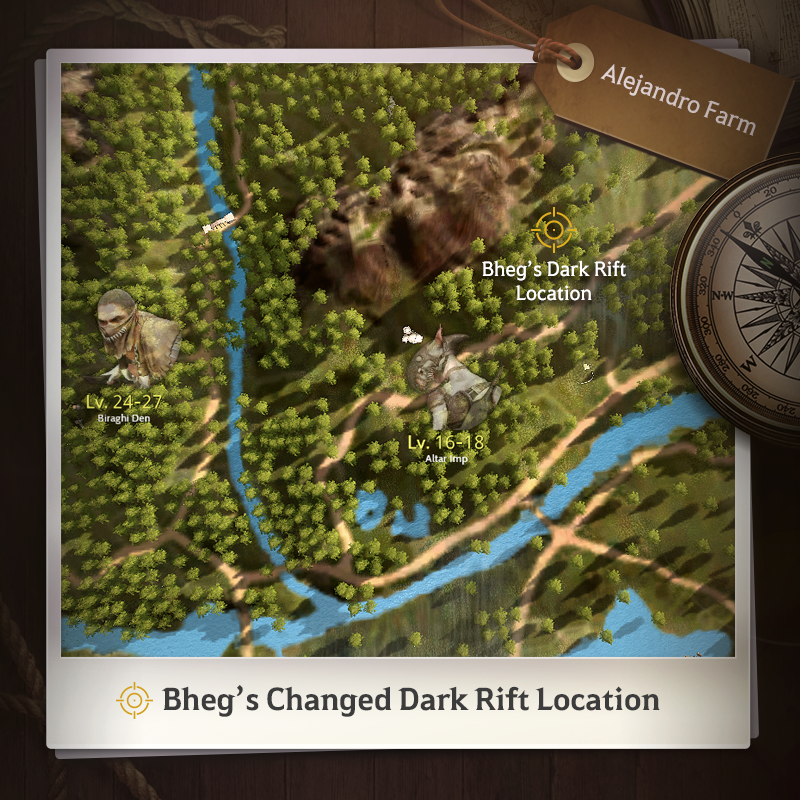 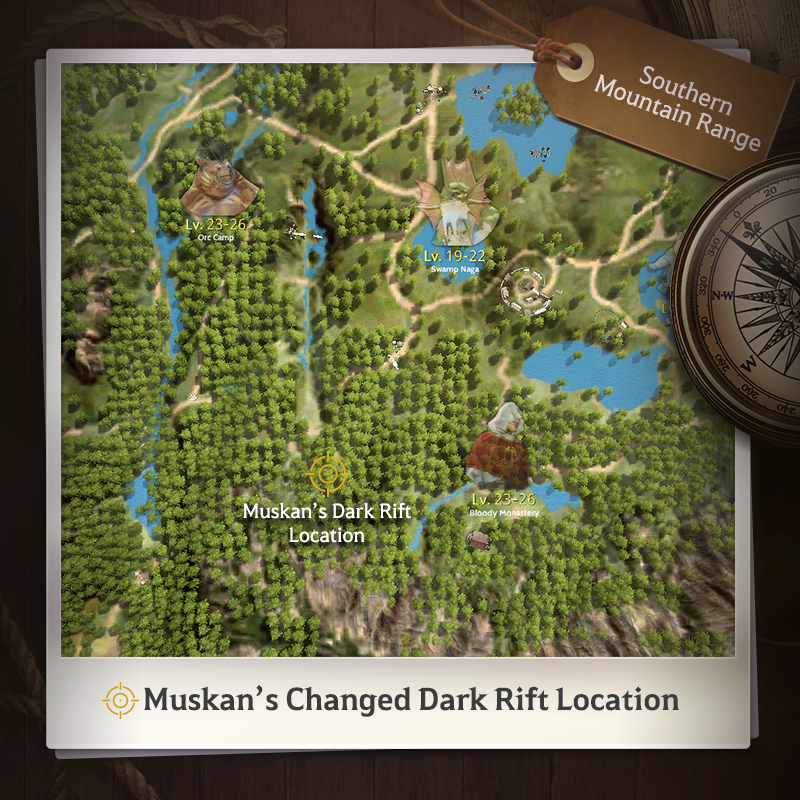 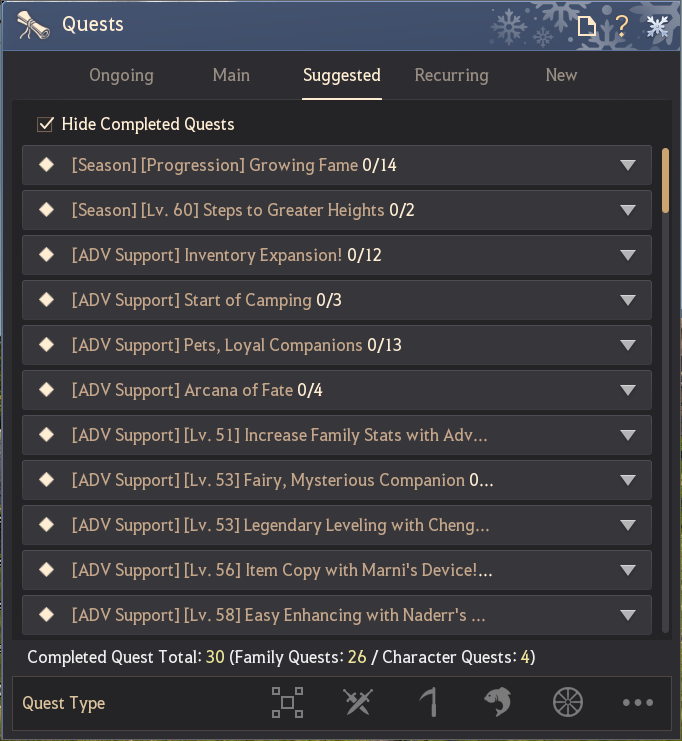 To make it easier for novice Adventurers to contribute to guild fishing missions, we determined it necessary to adjust the difficulty levels by changing the objectives to certain grades of fish.
● Improved the objectives for Fishing quests as follows:

● Increased the Contribution EXP of 51 quests in Mountain of Eternal Winter.

● Changed the Artifact/Lightstone tabs in the Artifact Inventory to now be displayed as icons instead of text.
● Adjusted the size of the description box in the Lightstone Infusion window.

● Improved the list of popular creations on the right side of the detailed pages of Photo Gallery and Beauty Album to not be fixed on the upper part of the screen.
● Improved to more conveniently enter comments for posts on the GM Notes page.
- The window for writing comments on GM Notes was improved to be displayed even when not logged in.
- The window for writing comments was improved to be displayed before the comments already posted.
● Improved to move over to the purchase completion page after automatically refreshing the "Purchasing" page.
● Improved the slider on the bottom of the Game Features page to be minimized to fit the screen size.
● Improved the search bar on the Community -> Forums page to be displayed with higher optimization depending on the resolution.
● Improved the loading UI to be displayed when clicking the Enter button on the OTP verification page.
● Changed the bolded letters to be displayed properly on the Terms of Service.
● Fixed the issue where you could enter log-in information repeatedly when attempting to log in while your network is slow.
● Improved to display whether Caps Lock is activated or not when finding and changing passwords.
● Improved certain parts of the UI that provides info on the space you enter the password on the sign-up page.
● Fixed the issue where an awkward message would be displayed under certain circumstances when using a coupon multiple times in-game.
● Changed the default value of "games played" on the application page for Partners to be "Please select."
● Fixed Open ID registration so you cannot enter an email address with capital letters.