Awakening
● Fixed the issue of the Forward Guard effect not being applied immediately when moving backward after deactivating defensive stance with your battle axe.

Main Weapon
● Brimbolt Strike (I to Absolute), Prime: Brimbolt Strike (I to IV)
- Reduced the number of hits by one when used while mounted in PvP only.
● Refraction
- Fixed the issue of the Forward Guard effect not being applied when moving diagonally backward laterally after using the skill to the left.

● Black Spirit: Markthanan's Wings Flourish
- Fixed the issue of the Dragon's shadow not being seen when using the skill.

● Improved the boat prow movement appearing awkward due to storms when auto-navigating with a large ship.

● A special Dark Rift event which drops a variety of PEN (V) boss gear materials and boss summon scrolls will begin from August 10, 2022 (Wed) after the maintenance. (Added)

● Changed the requirements for the "[Marniwave] Marni's Invention" to obtain the Marniwave:
- Before: From Lv. 50
- After: From Lv. 45

● Improved Lorenzo Murray's dialog during the "Unrequited Crush" quest:
- Upon completing the quest, Lorenzo Murray will start appearing alongside Clorince and a white horse at a certain time and place.
- You can now read some words engraved onto the "Lantern Built by Someone" at the special location.

● Improved the Balenos main questline renewal to be more immersive by removing the "Bartali Farm and Emma" conversation button when Igor Bartali and Islin meet. 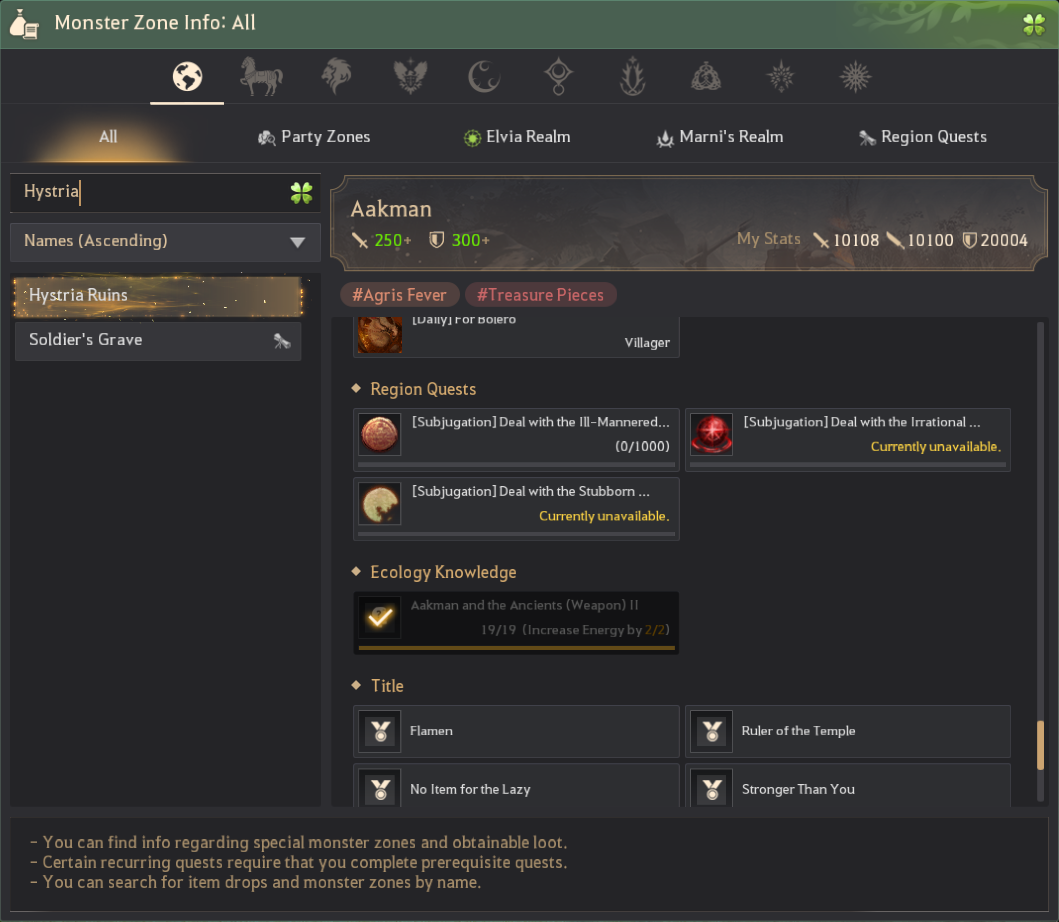 ● Fixed the issue of Archers not being able to complete the [Weekly] Canon Awakening Weapon quest.
● Fixed the issue of the "Old Moon Guild Subjugation Request Complete!" Black Spirit dialog options were showing to non-seasonal characters.
● Fixed the issue where you couldn't complete "A Whole New Experience Presented by Fughar!" Season Pass objective even after completing the [Season: Dawn of Dragons] Fughar's Special Timepiece quest.
● Fixed the issue where you could complete some of the quests in Drakania's Awakening questline even when you hadn't defeated any of the required monsters.
● Fixed some of the quest titles suggested by the Black Spirit in the Season Pass.
● Widened the entrance and stairs at the Macalod Hill tavern frequented during Drakania's Awakening questline.
● You can now forfeit quests regardless of your character's current level.
● Added three quests that allow you to exchange your guaranteed PEN (V) accessory obtained from Jetina.
- [Daily] New Choice: Narc Ear Accessory
- [Daily] New Choice: Tungrad Earring
- [Daily] New Choice: Ring of Crescent Guardian
- Hand over Gold Bar 10,000G x2 and your PEN (V) accessory to exchange it for another accessory.
- With the addition of the aforementioned daily quests, the dialogue for the following quests were changed accordingly.
* [EXC] A New Choice I
* [EXC] A New Choice II (Added)

● Carried out the optimization of Node/Conquest Wars when under procession.

● Added new dialogue to the NPCs granting Elion's Blessing, Spirit's Blessing, Sincere Prayer, Audra's Blessing, and Wind Nol's Blessing.
- You will no longer make the "mistake" of pressing the R key repeatedly and "accidentally" spending more Silver to receive the aforementioned buffs.
● Improved so that you can go to the Character Selection screen by holding ESC during cutscenes.

● Added a function to the mount icon on the top-left corner of the screen to navigate you to the closest stable or the dead mount after it dies.
● Improved your AP, DP, and Awakening AP to appear better aligned in the equipment window.
● Fixed the issue of being unable to ESC from the cutscene for gamepad UI mode
● Fixed the issue of the Recently Used column appearing awkward in the menu (ESC).

● Improved the text that displays when deleting a character.
- Changed the character "Deleting" mark to a button and changed the text to "Cancel Deletion".
● Fixed the issue where the game gamma and contrast settings reset when a Boss Summon Scroll was used.
● Improved the first-time Family Name creation experience by making the cursor display in the input section and hide the mouse automatically.

● Changed the period of displayed posts to be based on all time in the Beauty Album and Adventurers Gallery.
● Fixed the issue of the Comment page button not functioning normally in the Adventurer's profile.
● Added the IP Security On/Off function to the official website and launcher login page.
● Improved some UI on the official website.
● Improved so you will be sent to the Comments section when you click on the Comments icon on the GM Notes title.
● Fixed the issue with viewing Photo Gallery posts in-game where the image will continue to load indefinitely when zooming in on it.