Awakening
● Fixed the issue of the right arm appearing abnormal when changing from combat stance to non-combat stance.

Succession
● Prime: Claws of Darkness
- Fixed the issue of Skill Add-on effects not being applied when comboed from other skills into attack 3.

Main Weapon
● Absolute: Shuriken Throw
- Fixed the issue of not being able to move left while using Shuriken Throw in place after learning the skill.

Succession
● Refraction
- Fixed the issue of the Forward Guard not applying when moving diagonally backward to the right or left after using the skill to the left.

Awakening
● Fixed the issue of your character's voice not playing properly for Awakening skills.

● The following improvements have been applied to the Sand Castle Crasher event.
- Improved so that you can interact with most NPCs located near the Terrmian Beach.
- Changed so that the NPCs (Benns Lamute, Benns Morio) that accept '[Event] Blue Terrmian Coins' for exchange can be identified easily by displaying their name.
- Changed so that the "Dispatched Storage Keeper" and "Lenan's Storage" Sell Item feature is not available for items at Terrmian Beach.

Ancient Black Spirit's Adventure for Summer!
- Improved so you can better identify which rewards you're exchanging for your Sweet n' Sour Strawberry Banana Sherbet or Sweet n' Savory Starfish Sherbet, which are obtained via Ancient Black Spirit's Adventure and Challenges (Y).
ex) When proceeding with the [Event] Papu Exchange: Sharp Black Crystal Shards quest, you will see a description regarding the items you will be obtaining. 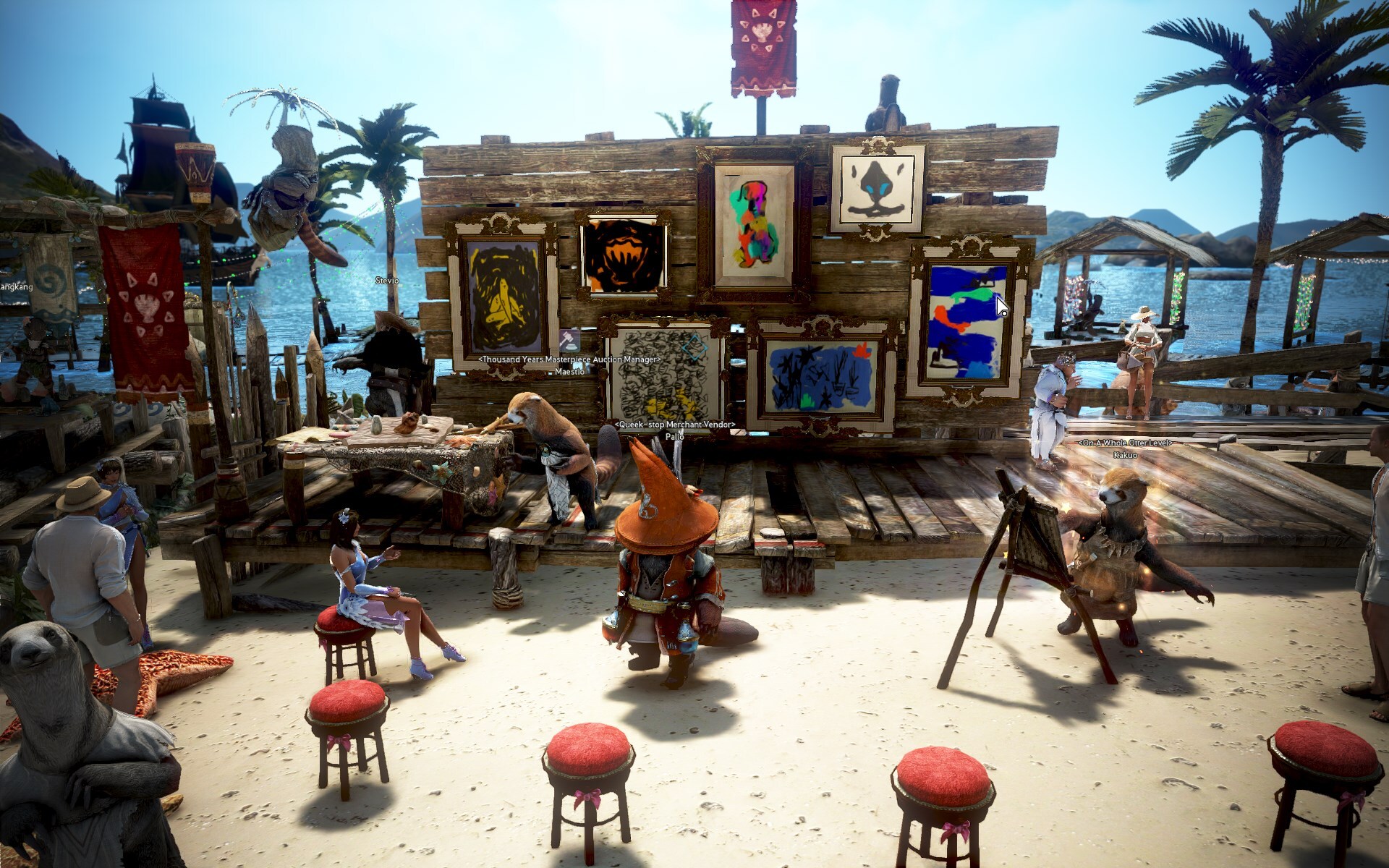 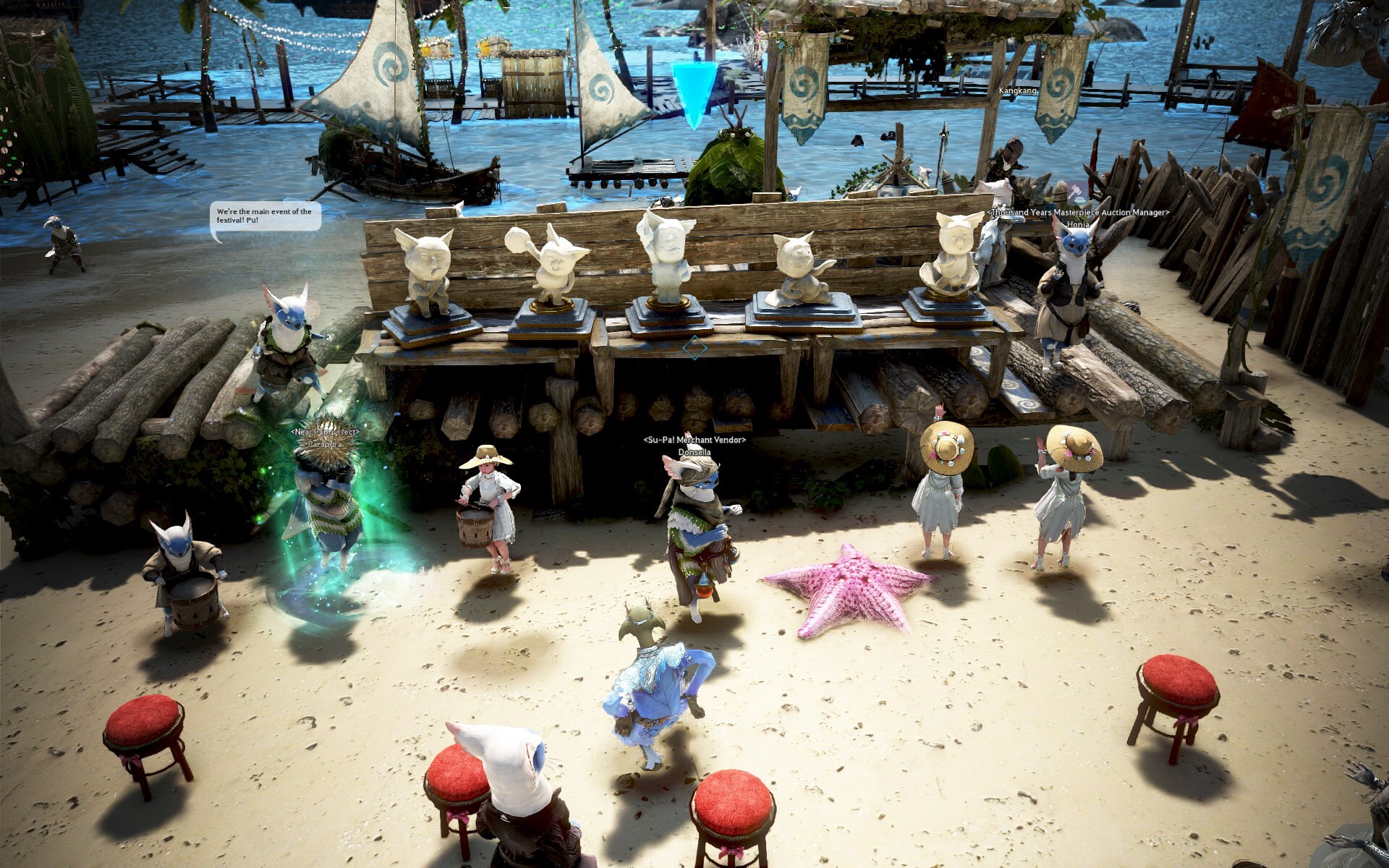 Sand Castle Crasher - Papus vs Otters!
● The following changes have been applied to Red Battlefield: Sand Castle Shore-Down.
- Increased the attack speed of the Brave Pine Blader's rage (RMB) attack.
- Increased the attack area of the Dreamy Bubble Shaman's basic (LMB) attack.
- Changed Family Names to no longer display for characters upon entering the battlefield.
- Changed so the health bars of allies and foes no longer display in the battlefield.

● Applied the following changes to the "Who’s the King of the (Sand) Castle?" (PvE) event.
- Applied the following changes to the 8 Transformation Scrolls usable at the Sand Castle Crasher.
* Scrolls with 20-minute cooldowns have had their cooldowns reduced to 1 minute.
* Added text detailing what happens to these items once the event ends.
- Applied the following changes to the 6 permanent Transformation Scrolls awarded during the event.
* Changed scrolls with [Event] to [Crasher].
* ex) [Event] Fierce Pine Blader Transformation Scroll → [Crasher] Fierce Pine Blader Transformation Scroll
* Added text detailing that you cannot damage monsters while transformed with these scrolls.
* Changed the items' icons.
- Changed so that the looting restrictions are maintained even after a certain period of time has passed after defeating Papus and Otters in Sand Castle Crasher.
- Improved the "[Event] [Daily] Clean Out the Stinkin' Otters" and "[Event] [Daily] Sock It to the Mouthy Papus" quests as follows.
* Reduced the number of Papus/Otters to defeat from 50 to 10.
※ Adventurers who have yet to complete this quest but have defeated more than 10 Papus/Otters will automatically see the quest completed after the maintenance on August 10 (Wed). Adventurers with less than 10 Papus/Otters defeated will be able to complete the quest by only defeating 10 Papus/Otters after the maintenance.
* Changed the location of the quest NPCs for convenience.
> Use the navigation guide from the Quests window or locate them near the Sand Castle Crasher or by the Lamute Gang.

Weekly Terrmian Happiness (Feat. Terrmian Special Coin)
- The quests [Event] Sand Castle Repairs I and [Event] Sand Castle Repairs II can now be accepted normally.
- Improved the quest [Event] Grilled Fish for the Campfire so that you can cook Sea Eel and Herring in the campfire.
- Changed so that [Event] Sunset Butterflyfish have a 10% chance of being caught in the [Event] Purple Butterflyfish’s zone, and vice versa, in the Papu and Otter fishing zones.
* The chance of obtaining of all event fish are the same.
- Added text detailing on which NPC you can buy Lumbering Axes from for [Event] Campfire for Tonight.

Do We Fish for Papu or Otters?
- The Papu's Bravery and Otter's Diligence buffs granted by handing in Sunset Butterflyfish to Panira and Purple Butterflyfish to Pucio at Terrmian Beach respectfully, have now had their duration increased from 3 to 10 hours.

We look forward to seeing the different color schemes of La Orzeca and Nouverikant outfits to be posted on the Photo Gallery soon.

● Changed La Orzeca and Nouverikant Outfits to now be dyeable.
- The parts that can be dyed are the following:

•  You can obtain the La Orzeca outfit through the following means.

Quturan's Ashen and Black Leaves also have a low chance of being fished up from fishing spots in O'draxxia, O'dyllita.

Female classes can obtain the La Orzeca Helmet and Armor more akin to the male class version through the "[Daily] La Orzeca's Orb" quest. (This appearance change is permanent and cannot be reverted.)


•  You can obtain the Nouverikant outfit through the following means.

● Added the processing recipe to the Heart of the Arid Forest's item description.

To alleviate new Adventurers from the inevitable inventory clog that comes from random green-grade gear looted from monsters, we initially implemented such gear to drop in box form. We have now made it so that you can more quickly obtain the crafting materials you can obtain by using Heating on such gear. Now if you have any green-grade gear on you, you can exchange them with certain blacksmiths to immediately break them apart into their assorted processing materials.
● Improved so you can now exchange green-grade boxes with certain blacksmiths to obtain processing materials from the contents of said boxes.
- The Dwarven blacksmiths of Gavinya Great Crater have discovered a new method to retrieve crafting materials from boxes without taking out their contents, and have spread this knowledge to blacksmiths near and far. 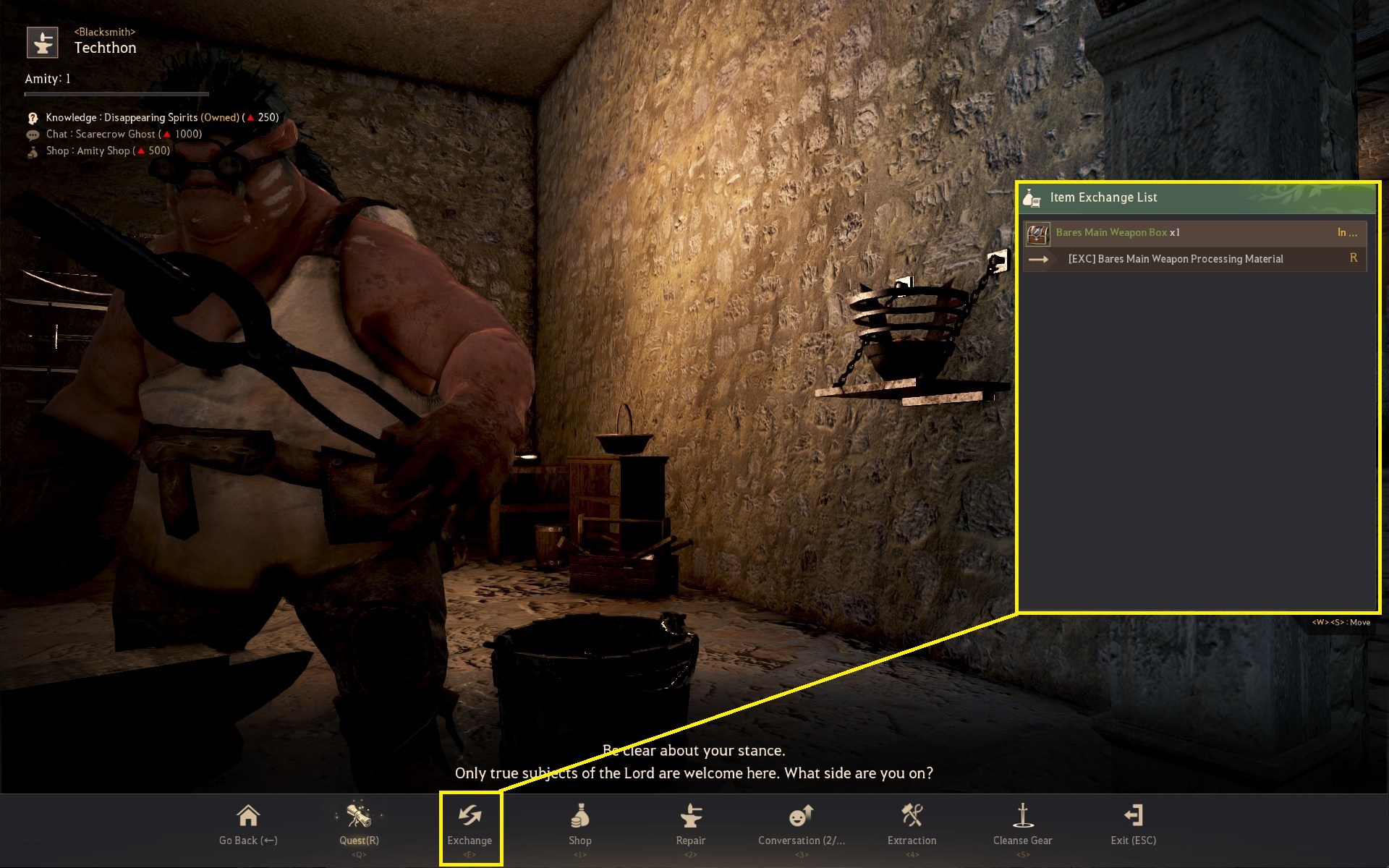 ● Added new guild war missions.
- With Hadum's corruption running rampant in the territories of Serendia and Calpheon, the people have begun calling upon guilds for aid with the following missions.
- The following rewards can be obtained by each guild mission size:

(Modified)
● Added more details when proceeding with the "[To Level 50!] Go Beyond Your Own Limits" quest during "[Everfrost] A Step Further."

● Removed a rock near the Ancient Stone Chamber that was blocking character movements.

● Removed the leaves from a specific location of the Orc Camp that was blocking character movements.

● Fixed awkward text displaying in the UI when using the Life EXP Transfer Coupon.
● Improved so you can now immediately enter your Family Name when prompted for the first time in Gamepad UI mode.
● Changed the cancel and delete buttons in the Character Selection window to appear more natural.

● Changed so that the Select Graphic Card message displays only once while running the client when using 2 graphic cards or more.