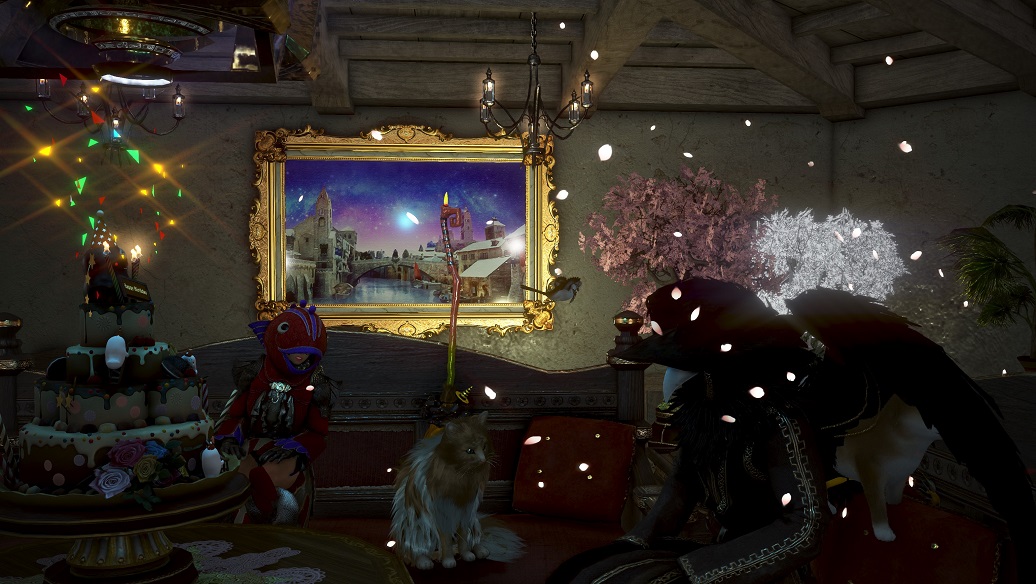 Greetings, Adventurers!
Today we feature a legendary adventurer from North America!
On Thursday, June 30th, an exemplary fisherman took his 5 Mystical Fish and created the first ever Stinky Fish on the North American server.
On this day, Relaxes summoned the mighty Vell with his newly acquired Stinky Fish, giving every adventurer in North America another chance at acquiring the ever-elusive Vell's Heart!
We cautiously approached this madman for an interview to get a first-hand account of their momentous accomplishment.

💬 Would you please introduce yourself?

Hello, I am Flamabell/Relaxes, and I like to fish.

💬 When did you acquire your first Mystical Fish? What were your thoughts then?

I used to only fish in Margoria Ocean due to the increased catch time, but it was a few
months after it was released on live servers. I was shocked when I got my first Mystical
Fish, and so I looked up a lot about it right away because I had never thought I would
actually catch one only 3-4 months after it went live.

💬 When did it become a goal of yours to collect all the Mystical Fish?

The instant I got that first one, I figured I was already in the ocean, so I thought I may as
well try to get the 3 in Margoria Ocean at least. So I spent every single day up until now
chasing after them 24/7. With each new one, some being a year apart, my hope would become renewed.

💬 Describe your thoughts when you found out that you had finally gotten the final
Mystical Fish.

Madness... I almost had a heart attack, I couldn't believe it. The last one was the only one I actually got without AFK fishing, so it was crazy. I jumped out of my chair. It still hasnt hit me 100%.

💬 Was summoning Vell a satisfying conclusion to your years spent collecting the Mystical Fish?

Yes, 100%. I met a GM, had a short, friendly pirate kill everyone around me, and it was
the first time I could do Vell in such a long time because Thursdays are my only day off.
The entire playerbase was also really happy for me, and I loved giving them an extra
chance at Vell's Heart.

💬 So, for you then, the other rewards are just the cherry on top?

Yea, I love the title, and the statue sounds amazing. It is really cool to have myself in the
game forever now. It's funny because this is the first game I ended up really loving
lifeskilling.

💬 Do you fish in real life? What originally drove you to become so involved with fishing in Black Desert?

I used to fish a lot, but then with life and everything else, it became harder and harder to do. I started lifeskilling in general in Black Desert because I love the trading system and such. Then, eventually, I just focused on fishing more than trading, which turned into this lifelong quest for the Mystical Fish.

💬 What are your thoughts about the current state of fishing in Black Desert?

I really like the current fishing, however, I would love a Manos Fishing Rod ;). What I think fishing needs is more incentive to do active fishing. Compared to the current state of PVE, active fishing is lacking considering active fishing with a trade buff and going across the world only gives you 80-100 million silver. I currently like AFK fishing, but that's just me.

💬 Do you think many adventurers know about the Mystical Fish and the difficulty involved in acquiring all of them?

Every now and then, during Terrmian festivals and such, someone will ask, "what is this
fish I just got?" But not many people actually know about it since it has been so long since its release. There are a lot of people still going for them though, but it gets rough when you go several months without any. For instance, in the same span of time, I caught 2 while someone from the Fishing Discord has been unsuccessful at catching the one they've been after.

💬 Do you have a secret as to how you were able to finally accomplish this task? A
favorite spot perhaps?

Nope, it was simply because of my dedication to play Black Desert 24/7 despite my
computer being on its deathbed. I got the Land Mystical Fish fishing at the Velia anomaly spot, for instance. I even took a laptop with me on 3 vacations just to give myself a way of repairing my fishing rod.

💬 If you could make one change to the fishing life skill in Black Desert, what would you change?

It would have to be an increase to the amount of silver gained from fishing, either in the
Trade update, which I am still excited for, or just a Manos Fishing Rod to help even the field between fishing and other life skills and activities.

I would like to thank everyone that showed up for the Vell I summoned, and those that
helped me from the Black Desert team. Lastly, I hope when you all are fishing that a Mystical Fish will find its way to you as well!

A big thank you to everyone who enjoyed reading the interview, and special thanks to Relaxes, who was willing to talk with us! 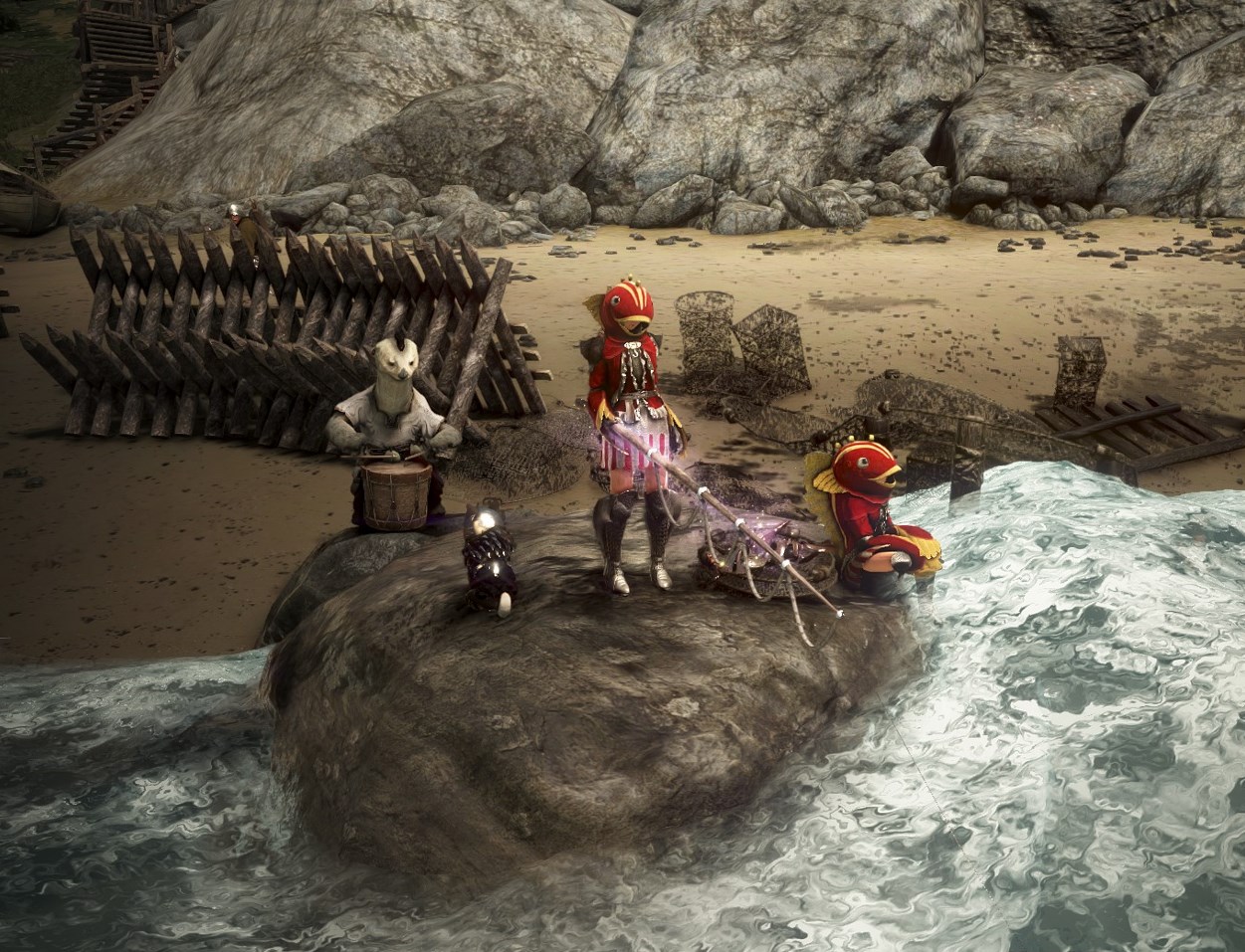 ▲ Check out the statue of the legendary adventurer at the coast near Velia to receive a special buff! (NA and EU)

Although the first Stinky Fish was assembled already on North America, we welcome any player on the European server to be the first there to assemble the Stinky Fish!
Do so, and you may reach legendary status as well... 👀 If you're ready to take on this challenge and achieve greatness, start chasing after those Mystical Fish!

View list
6
10 comments
Submit
Tooshaitopost
Report
That's nuts, congrats!
Reply
1
Siesina
Report
Challange excepted!
Reply
1
Brassica
Report
didnt even know this was a thing, congrats Relaxes!
Reply
0
PootyPoot
Report
scam out of his statue, spent all these time for a title lmao
Reply
0
Suizo
Report
@PootyPoot i mean, it would be nice if they leave him as an buff npc in velia just like it is now
Reply
0
Abismo
Report
wow thats a story tnku 4 sharing :)
Reply
0
cok3
Report
A manos fishing rod would be really nice. But does mastery really affect fishing significantly? I feel like mastery should give you a chance to get 2 or 3 fish, kinda like the tripple float
Reply
0
Pretzelicious
Report
So...items that took years to get..to summon a boss that happens twice a week..? Am I missing something here?
Reply
0
FinalsTwin
Report
I've already gotten one from hotspot fishing, I want my title!
Reply
0
Witchcraft
Report
stimky f i s h e
Reply
0
Cancel Submit
Cancel Submit
1
View list