With elegant, fluttering butterfly wings
this Do wielder of the Woodo School brings forth the storms. 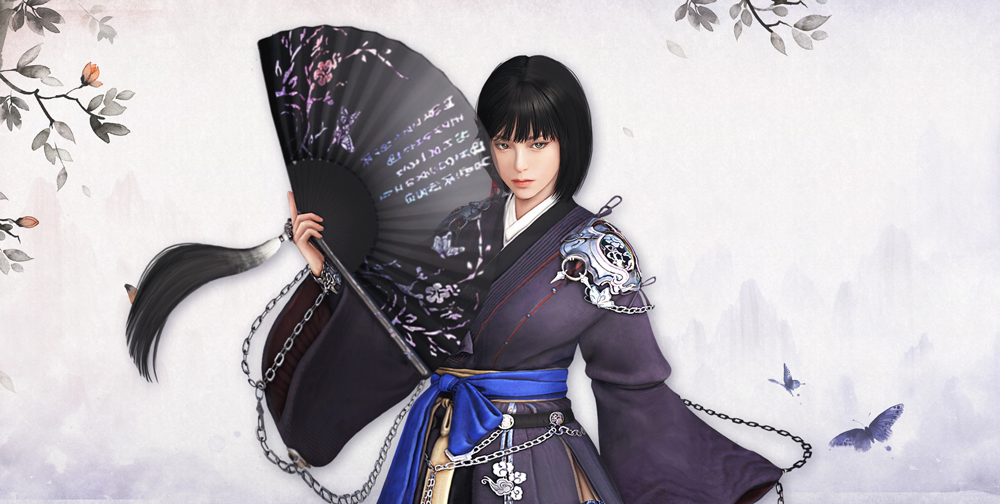 The Hwadam, anointed of the king, sought an audience before his royal majesty.

"The coming month’s end is

a day unmarked in calendars of both sun and moon.

The fabled day when the Emperor of the Heavens and the King of the Nethers slumber.

A millennial event on a leap year day where neither sun nor moon shall light the sky.

On that day, we shall need cleanse these lands of all its unpleasantries."

A Do wielder of the Woodo School asked unto the Hwadam,

"Twins born on a day shunned by both sun and moon...

Where ever did you find these children, O master of religious rites?"

After a brief moment of silence, the Hwadam responded.

"They are my daughters.

Do not utter another word on this matter."

One spring day with plum blossoms in full bloom,
the Hwadam relayed teachings upon the twins.
"Sit with appropriate care, calm your lips and eyes,
and extend your ears to the rumblings of your heart."
The younger twin, Hyeon, upon enlightenment, found Do (道) to be like pure winter and calm water,
while the elder twin, Eun, remained distracted, unable to proceed any further in her studies.

One summer day with orchids shyly in bloom,

"You are a vessel, vast enough to hold all!"

Gazing upon the older twin,

"You have a face that would attract many a spirit."

"Alike in appearance, yet one is a cracked vessel,

a fox doomed to wander alone in the flowers."

One fall day with chrysanthemums strewn from heavy showers,

a Do wielder urgently sought an audience with the Hwadam.

"The elder sister has left the Woodo School grounds."

The Hwadam blows away a tiger butterfly perched upon the Do wielder’s shoulder.

"Tell me what happened!”

The Do wielder shook their head.

Hyeon was injured and is being tended to by a physician."

As the elder twin was leaving, Hyeon relayed the following words to her parting sister,

Yet this message retold didn’t register to the Hwadam’s ear.

One winter day with snow piled upon the bamboo forests,

the Yuldo sage, Gildong, was worrying over the elder twin, Eun,

"Once the moon rises tonight,

you will never be able to return to your former self.

Are you sure you wish to do this?"

drew a butterfly in the snow-covered field with her flower-leaf charm.

"If I was concerned with the price I shall pay in the afterlife,

I would’ve never set foot in the Jwado School to begin with. 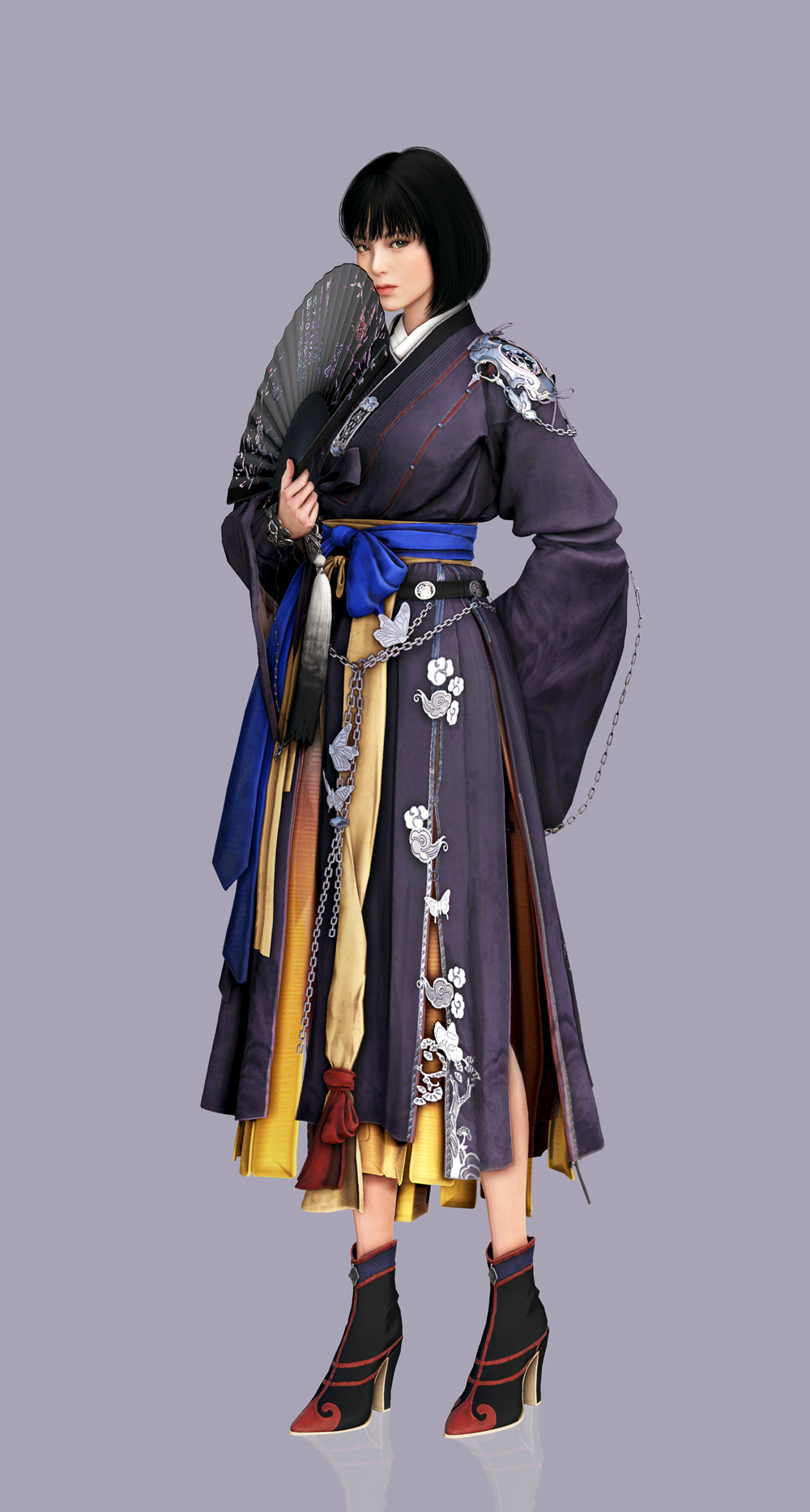 With her fan and butterfly-summoning do stave,
Woosa hails from the Woodo School, a group of those who temper their body and mind to wield the Do.

She is a mid- to melee-range class who can deliver quick strikes with her folded fan, or imbue her fan with her Do Arts, spreading it open for area-of-effect attacks.

Woosa’s Do Arts utilize a butterfly motif, as she can summon a huge storm from the beating wings of a butterfly. She can also conjure rainclouds over bright blue skies, draw up the power of the Sagoonja from within, among other Do Arts.
Like the gently fluttering wings of the butterfly, she gracefully flits around the battlefield, overwhelming her foes with combos as smooth as flowing water.

Join Woosa as she sets off on her unwavering path of Do upon the raging winds of a butterfly that carry her toward the skies of enlightenment.

Wield the Do Arts to conjure up fierce rain and winds around you, which hinders the movement of any foes caught in the temporary storm.

Wield the Do Arts to summon a cloud of rain and thunder before you.
Combo with a large bolt of lightning to flatten your already drenched foes.

Enlarge your fan with your Do Arts to conjure up a mighty wind that sweeps away everything before you.

Channel your energy into your legs and sprint forward into the air. Run freely, letting all obstacles fade away, as if to surpass even the clouds.