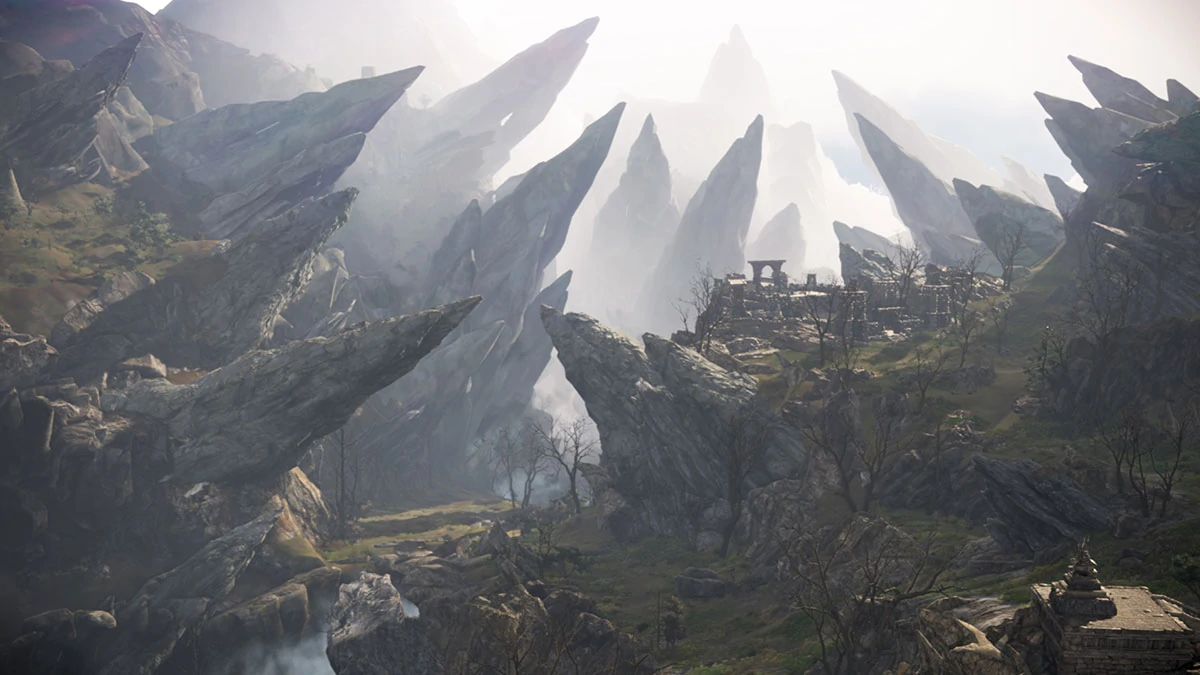 The price for the Dragon's blood was high.
The curse for killing the dragon will never leave "Sherekhan" and they shall roam forever to soak the throat of the dragon.
#1 Elionian Year 185
There was once a race that, not by anyone's choice, became covered in the Dragon's blood. Their skin hardened like that of a dragon, and their bodies started to grow in new ways. They eventually started to call themselves "Sherekhan." Their first settle was to the east of Drieghan, and a Shrekhan named Akum eventually became its first ruler. However, this new society crumbled before the end of their first year. A terrible drought came over the land they settled on, and they started to die out on this desolate land from sheer thirst.
As Serekhan warriors faced their death, one clerk stated that this disaster was the price they were paying for bathing in the Dragon's blood. He expected little more than a single passage in the annals of history for the rise and fall of the Sherekhan. But as Akum, the longest surviving Sherekhan that killed the dragon, was about to take his last breath, he took out the tooth of the dragon to the future generation and said, "Bury this in the ground and settle on the land where the blessed rain falls." This is when the future generations of the people that died to the dragon's curse started their nomadic life following their ancestor's will.
#2 Elionian Year 226
Finally, rain began to fall from the heavens. As rain started to pour down on the land for the first time in 40 years, it created a never drying waterfall and lake in the valleys of Drieghan, and announced the birth of the land where the dragon's tooth rests - Duvencrune. As the Sherekhans, worn out from their long nomadic life, were finally led to this land by the rain, their bodies changed to a small and weak one. Drought was not the only disaster that they had faced. The Sherekhan used to have a huge frame, larger than even the Giants, but their future generations continued to shrink in size and lose their strength. However, with the effort it took to simply find a land to settle in, these changes in their figure could scarcely be considered a real issue.
#3 Elionian Year 235
Even though the descendants of Drieghan wandered for what seemed ages, as few would associate with those thought to be involved with the Dragon's blood, the idea that Dreighan was the land of dragons actually became a source of protection, like an impenetrable castle wall. Many also assumed the long drought left it as nothing but a wasteland, and this persisted even some years after the first rain came. The mere existence of Duvencrune as the capital wasn't even made known to foreign nations until much later. The land of Drieghan was split into five different regions, in the shape of a dragon, and the Sherekhan Necropolis rested in the north at the head. It bore a much deeper meaning than as a simple graveyard to its people. The future generations continued the Sherekhan's will of always keeping their own pride above all else, so three times a year they commemorate the short lived but most glorious days of the Sherekhan.
#4 Elionian Year 276
On a night not different from others, a small post near Drieghan’s border was lit on fire. The ones who broke the silence were the Ahibs who came from Kamasylvia. Fleeing from an internal conflict, they were trying to cross Drieghan’s boarder to enter Salun Bear’s Realm. The clash between the Ahibs and Drieghan vigilantes were interrupted by the Kamasylvian army, who had chased the Ahibs to Drieghan. This event made Drieghan, with only a handful of vigilantes to its name, feel utterly helpless, despite the small threat. This caused Chief Durgeff to request to establish an army to protect their land as the descendants of Sherekhan, but the senior council suggested that the vigilantes simply be promoted to Duvencrune’s official guard, with no further action to be taken.
#5 Elionian Year 286
A hunter witnessed a strange sight while out hunting at night--an enormous beast spreading its wings on top of the hill. “A Dragon!” yelled the hunter, and beacons were immediately lit from the Night Crow Post to the Morning Fog Post. Hearing the news, Chief Durgeff began to tremble. Though they were descendants of the Sherekhans who defeated Dragons before, it was the first time they had to face one themselves. Durgeff knew that they didn’t have the manpower to fight off the Dragon. After a series of meetings, Chief Durgeff decided to ask for the help of foreigners, despite the villagers' objections. Hunters, mercenaries, retired soldiers, it didn't matter. Advertisements were posted in nearby countries with the quote 'All able-bodied persons who are willing to fight are welcome'. This was the start of their new story.
Request to Update Adventurer's Guide
History of Drieghan