Lately, we’re over the moon at being able to interact directly with all the Adventurers! From February 16 to February 21 for instance, we had a vote for the GM events everyone wanted the most.

And, we were astounded at just how many Adventurers contributed to the vote!

[GM]Daisy worked hard to carefully organize each and every single vote to make an awesome pie chart! Let’s take a look. 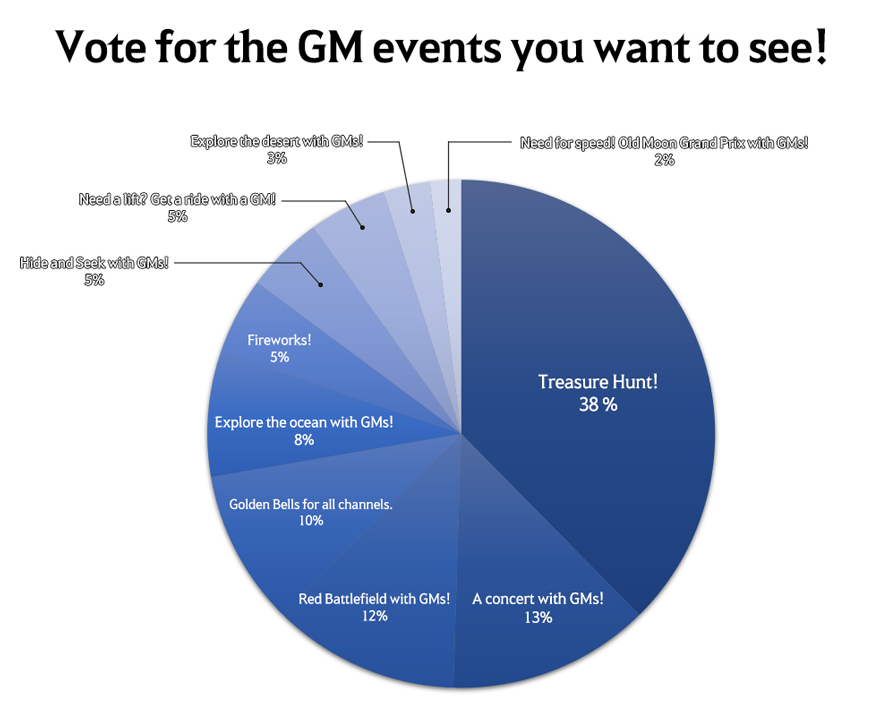 An overwhelming 38% of Adventurers voted “Treasure Hunt!” as their most desired GM event. Trailing behind are “A concert with GMs!” with 13% and “Red Battlefield with GMs!” with 12% as 2nd and 3rd place respectively.

Thanks to your votes, we’re thrilled to see tons of interest in our GM events! We’ll make sure to repay your support by consistently preparing GM events you can partake in!

On March 6 (Sat), our GMs Seric and Lemoria held a Red Battlefield event. (FYI, Team Seric won.) We hope those of you who attended enjoyed this little taste of what we have planned for the future!

Until then, happy adventuring!