You can encounter a variety of different bosses in the world of Black Desert.

There are bosses you can summon, World Bosses that can only be defeated when a large group of Adventurers work together, and the Field Bosses that we will be introducing to you in this guide.

Field Bosses will occasionally appear in particular regions as a threat to Adventurers.

However, in the seamless world of Black Desert, anyone can participate in raids to defeat Field Bosses and enjoy the game to its full extent.

Field Bosses have significantly higher AP and HP compared to regular field monsters, so if you come unprepared and your character dies, you will lose EXP and perhaps shatter your crystals.

Still, many Adventurers go out to Field Boss Raids because these bosses can drop exclusive rare loots which makes it worth the challenge.

You still have a chance to obtain the rare items dropped from Field Bosses even if you are not in a party, so don’t be afraid to participate in the raid solo.

What Are Field Bosses?

You may or may already have encountered Field Bosses by summoning them during quests with the Black Spirit. However, these Field Bosses are much stronger compared to the ones you previously encountered. 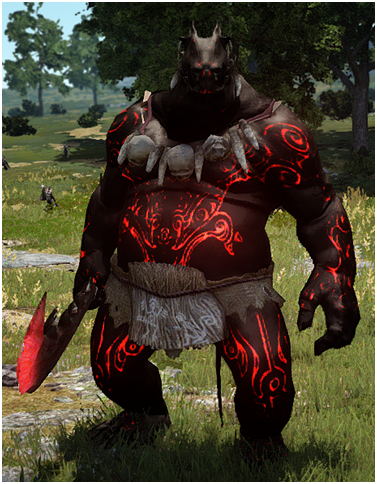 Red Nose’s main attacks are a melee attacks with his cleaver and a charging attacks. If you’re not the main target, move behind Red Nose to deal constant damage without taking damage yourself.

Once his HP drops below a certain level he will become enraged. While enraged, he performs powerful shockwave attacks, so you should watch out for these attacks or stay far from the boss.

Another enraged mechanic you should watch out for is when Red Nose inhales. That’s your cue to disengage as it means Red Nose will perform a series of special area of effect attacks.

This takes the form of two shockwave attacks followed by a devastating body slam attack.

These series of attacks deal a lot of damage and might even kill your character, even if their DP is high. 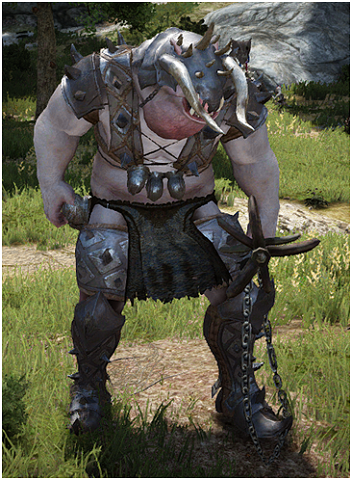 Dastard Bheg assaults his foes by swinging his giant hook in t a wide range, but slow, attack. So whether you’re his main target or not, be sure to move out of his way if you ever find yourself facing him head on. Dastard Bheg has another attack where his body glows red before he swings his hook twice in a wide ranged attack that deals high damage.

Like Red Nose, Dastard Bheg also becomes enraged and performs a special area of effect attack once his HP drops to a certain level.

He will swing his hook around himself, dealing area of effect damage several times.

Unlike his pre-enraged state, he will perform this attack more than twice, so don’t jump in after his second attack ends or it could cost your character their life. 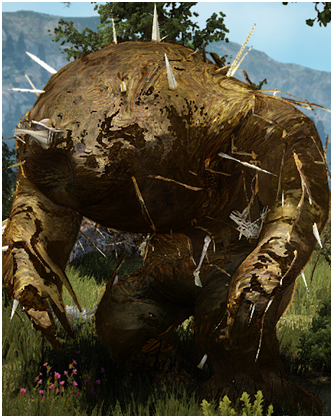 Giant Mudster is slow, but its area of effect attack deals massive damage as well as reducing movement and attack speed of every character that gets hit.

The speed reduction is fairly significant, so do your best to evade its attack at all cost.

Most of Giant Mudster’s big attacks begin when it shrinks down in size. So, if you see it shrink without any prior actions or signs, then quickly move out of the way. It will charge forward towards a target, dealing damage.

If it shrinks while raining down mud around itself, then small Mudsters will be summoned. These Mudsters will need to be defeated, or they will explode and deal damage to all characters in the radius.

Giant Mudster’s most powerful attack is when it shrinks after applying a stiffness debuff to nearby enemies. It follows up that debuff with a spike attack from the ground that deals high damage in a series of consecutive attacks. You'll have to either stay out of attack radius or block the attacks.

If you were hit by the initial attack that inflicted the stiffness debuff, use the skill “Emergency Escape” (V) to evade the attack.

When the Giant Mudster takes significant amount of damage, it will flee to either the Southern Cienaga or the northwest area of the Swamp Naga Habitat and continue rampaging there.

A message will appear on the upper part of the screen that states the whereabouts of the Giant Mudster. So watch for the message and go to the location to continue the raid. 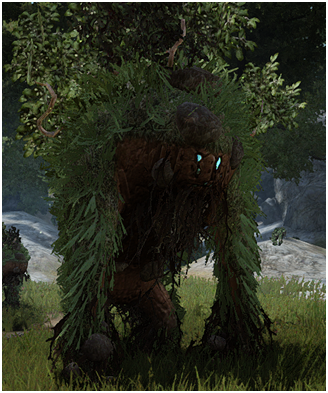 Don’t be fooled by the name and appearance of the Dim Tree Spirit as it is anything but dim. It is a very agile and powerful Field Boss.

Its attacks patterns are simple slams and swings, but you have to watch out for them as they can knock you down and cause you to take multiple hits.

The Dim Tree Spirit has a special ranged attack, so ranged characters will need to pay attention for when it starts to glow red. The red glow indicates that it will charge. The Dim Tree Spirit will throw rocks three times after charging up. This ranged attack is difficult to avoid and deals a lot of damage, so time your dodges carefully.

The Dim Tree Spirit also has an attack where it hides underground to collect the energy of nature. When this happens, you must get away from it quickly as it will perform a very wide area of effect attack that will deal high damage. 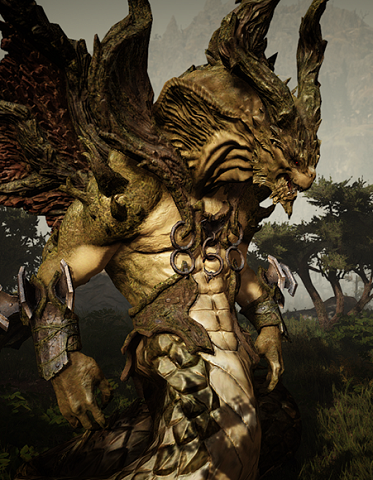 Katzvariak, the boss of Kvariak appears in the Tshira Ruins. It can move freely above and below ground, threatening adventurers with its powerful, poisonous attacks.

Katzvariak covers areas with poison that deals damage to your characters. Make sure to stay away from the green poisonous gas. Once it covers a total of 8 areas with poison, it will detonate them to inflict huge damage, so it’s a good idea to keep track of where the poisonous areas are. 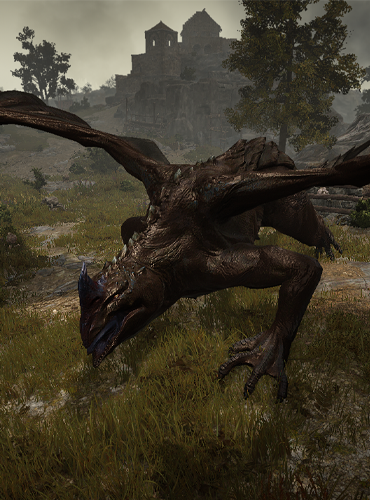 Black Shadow flies above the Saunil Battlefield and is believed to be a young dragon of Belmorn’s, he who possessed Jordine’s body.

Once it starts flapping its wings in the sky, move well out of range or behind it to avoid being targeted by its breath attack.
When it takes a lot of damage, it drops loot and leaves for another area such as the Balenos, Serendia, or Calpheon regions. Since this Field Boss travels quite a long distance, having a horse ready is recommended to chase after it.

Once Black Shadow takes significant damage three times, it will fly away into the distance and end the raid. Black Shadow can drop valuable loot like Blackstar Armor, Mass of Pure Magic, and Specter’s Energy.

Field Bosses appear in random servers and on average once a day (excluding Black Shadow).

If a Field Boss appears, a system message will appear only in the server it spawned.

Move to its spawn location and partake in the raid. 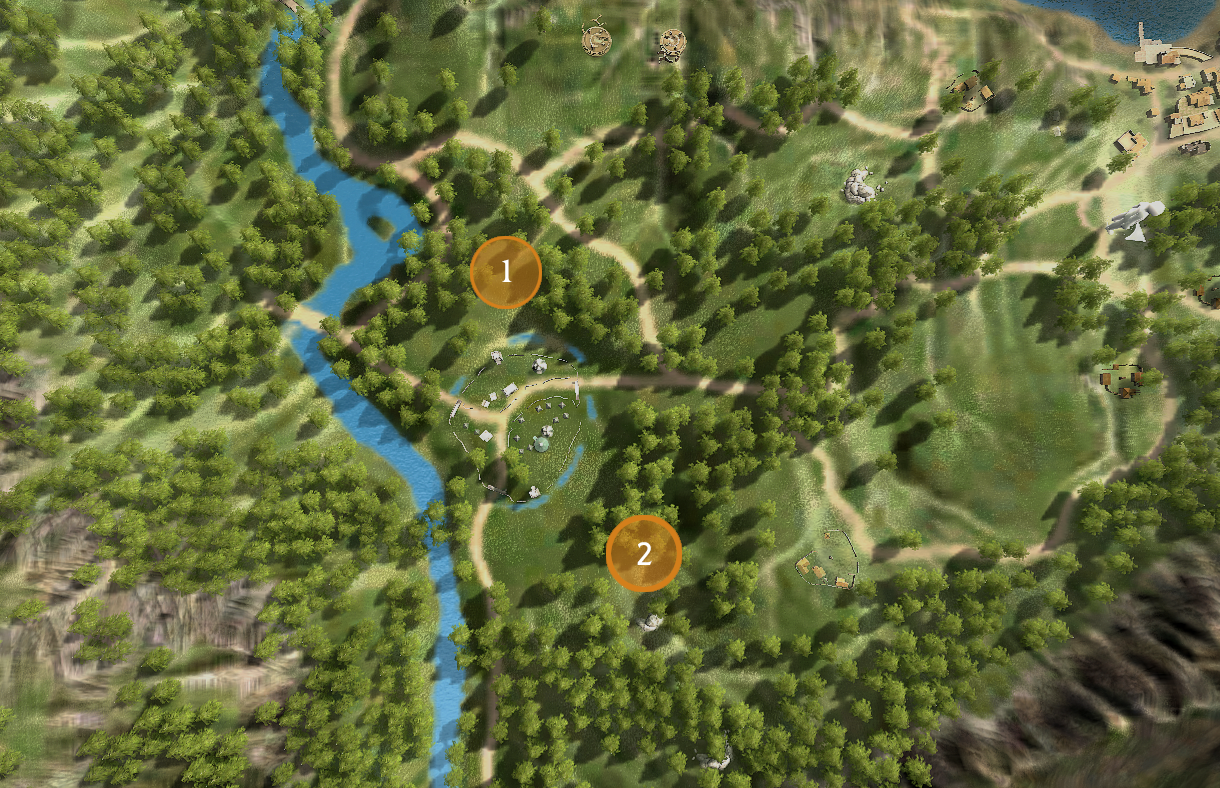 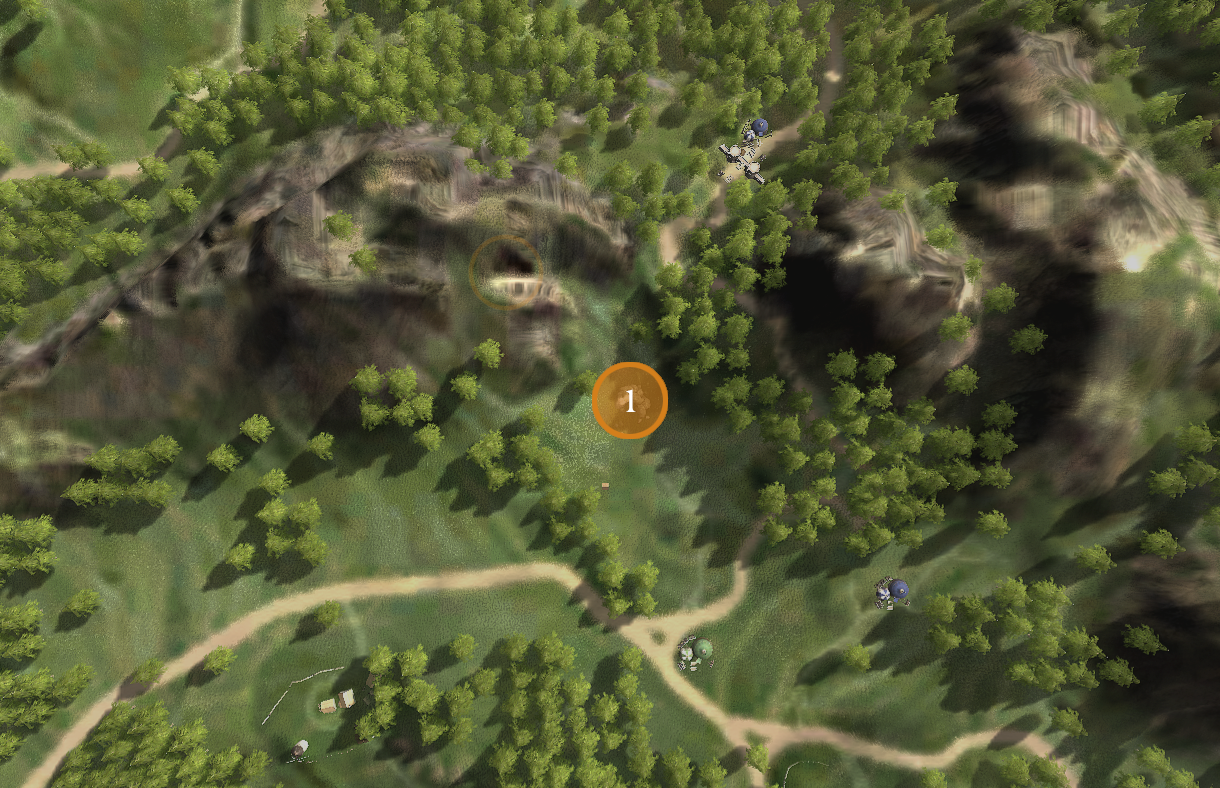 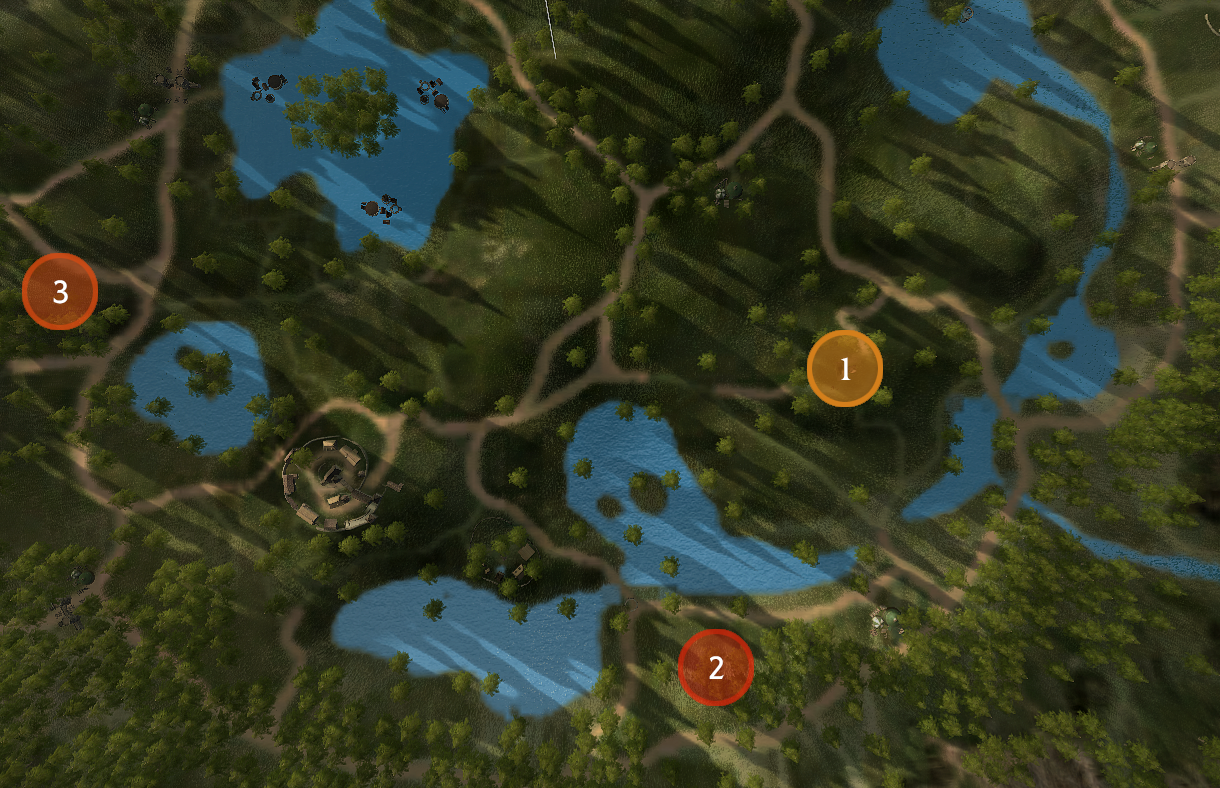 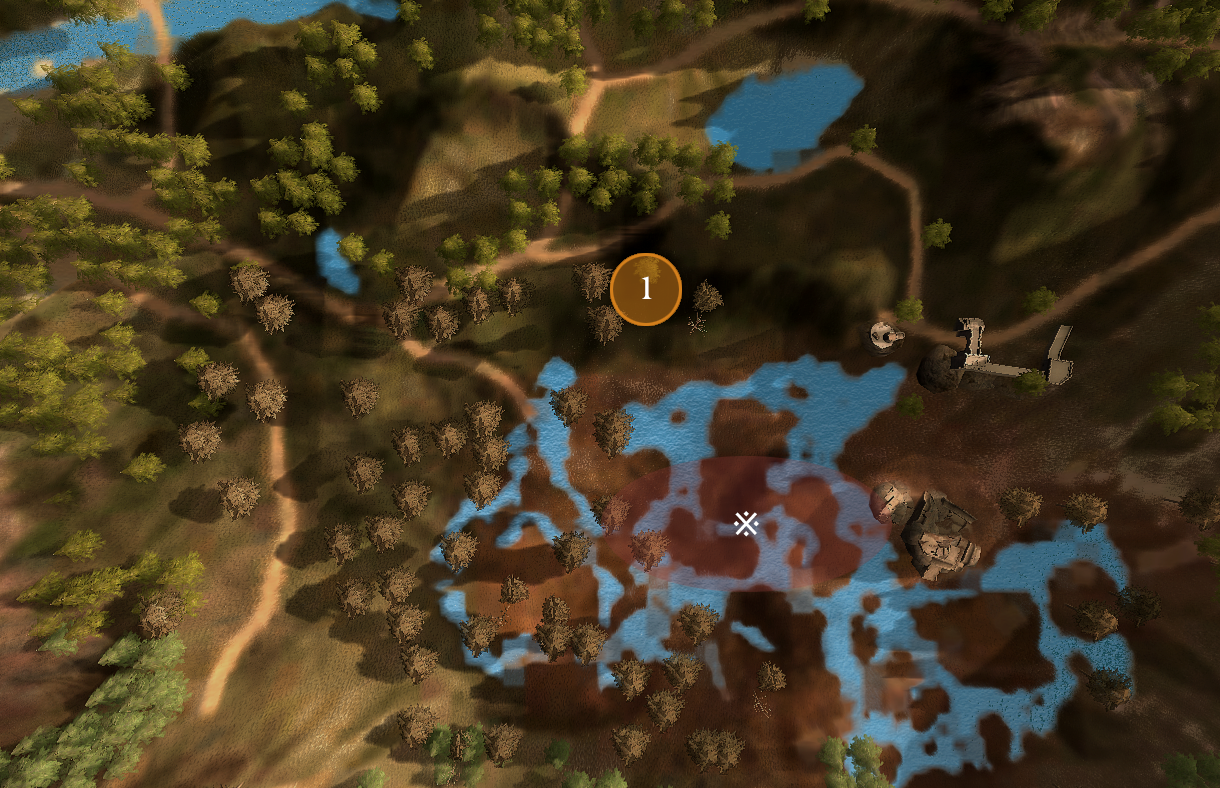 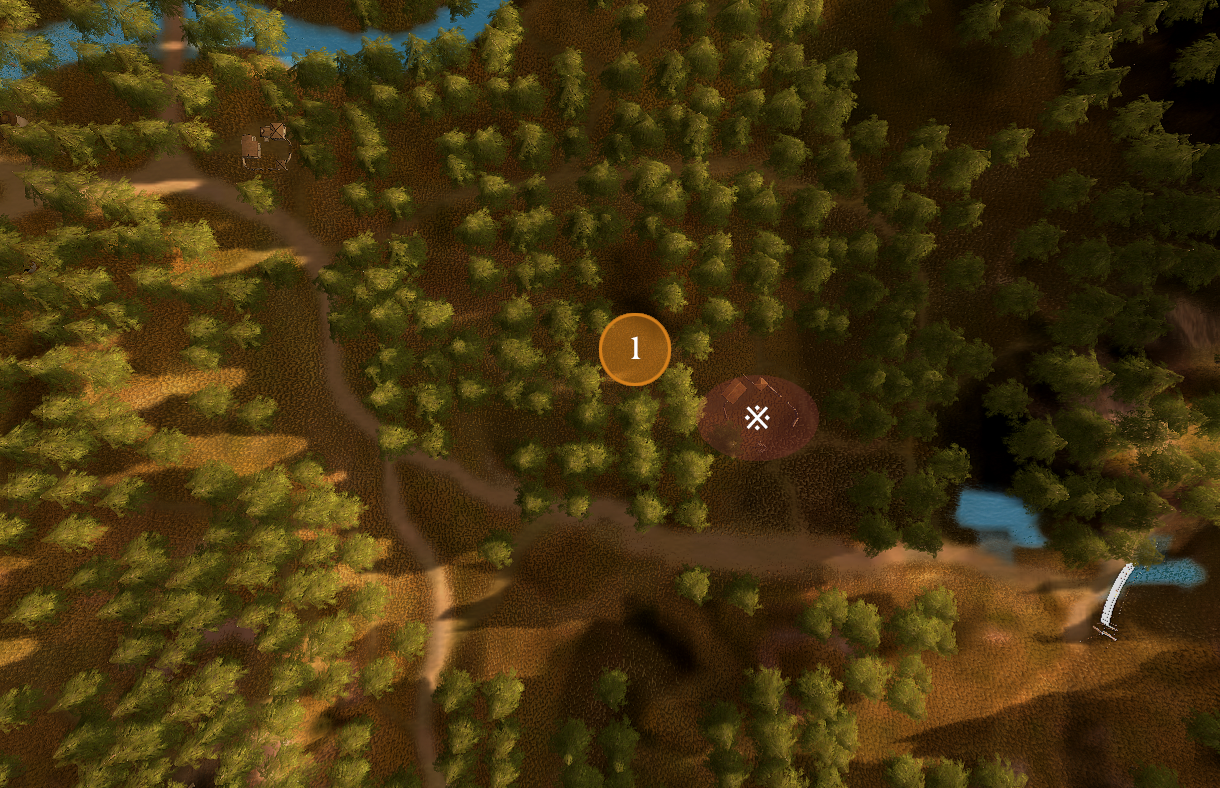