Cliff’s weapons are available only to New and Returning Adventurers upon the completion of certain quests.

You can exchange them for pre-enhanced Cliff’s Weapons (up to +15 grade) for a certain amount of gold bars (depending on the enhancement level).

Who are New Adventurers?

New Adventurers are adventurers who have been playing for 30 days (720 hours) or less since creating a secondary password.

Who are Returning Adventurers?

Returning Adventurers are those who have not accessed the game nor used the Central Market for at least 30 days (720 hours).

How do I Obtain Cliff’s Weapons?

You can receive quests to obtain Cliff’s Weapons after completing “[Boss] Witch-Hunting” or “Looking for Adventurers” Main Quests in Calpheon.

Upon the completion of the prerequisite quests, visit <Captain> Cliff of the Western Guard Camp to start the Cliff’s Weapons questline.

* You can accept one of the following quests appropriate to your character’s level once per Family from Captain Cliff of the Western Guard Camp.

* The type of quest you can accept varies depending on the level of your character, and you can only accept it once per family.

* Accepting the corresponding quest will earn you an <Awakened Boss> Summon Scroll needed for the Stop Awakened Boss quests. If you lose the scroll, you may get another one by forfeiting the quest and accepting it again.

Upon completion of each quest, you can earn Contribution EXP as a basic reward and choose from one of three Cliff’s Weapon Boxes. 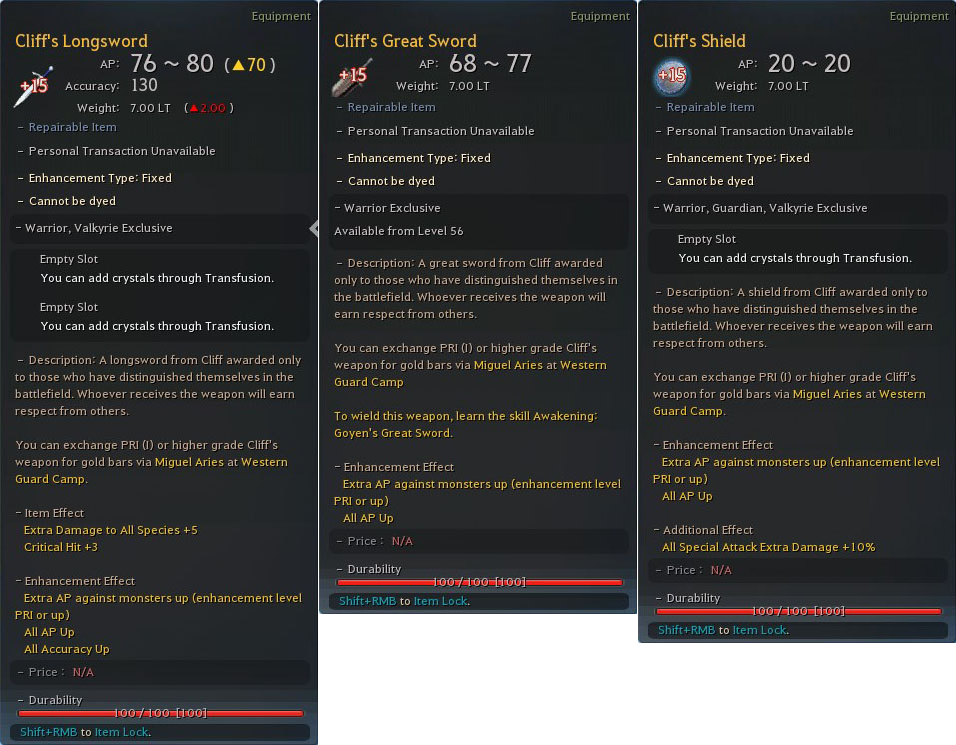 * Upon completing a quest, you can choose to obtain a box of the same or different weapon types.

* Opening a box will grant you a weapon suitable to your class.

You can equip Cliff’s Weapons if you don’t already have a Main Weapon on you,

but you can also exchange them for Gold Bars with the Western Guard Camp’s Blacksmith, Miguel Aries. 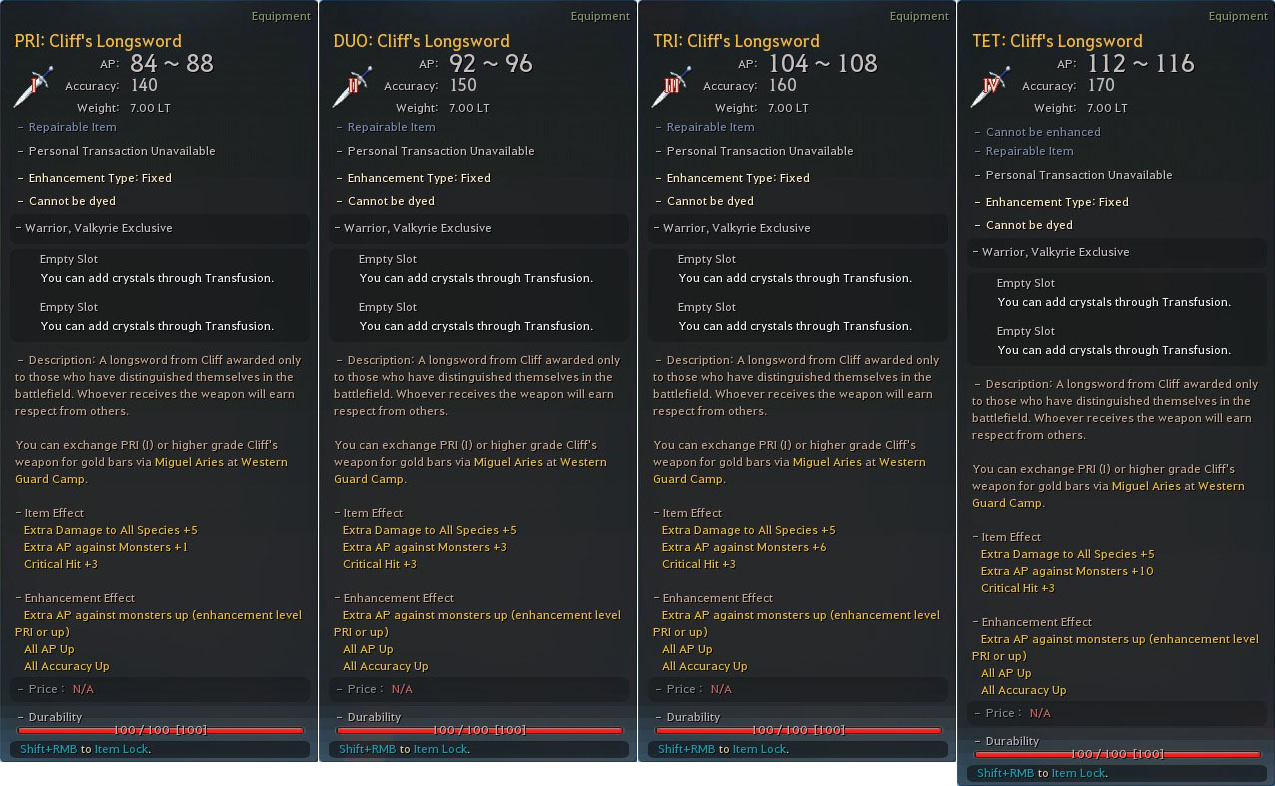 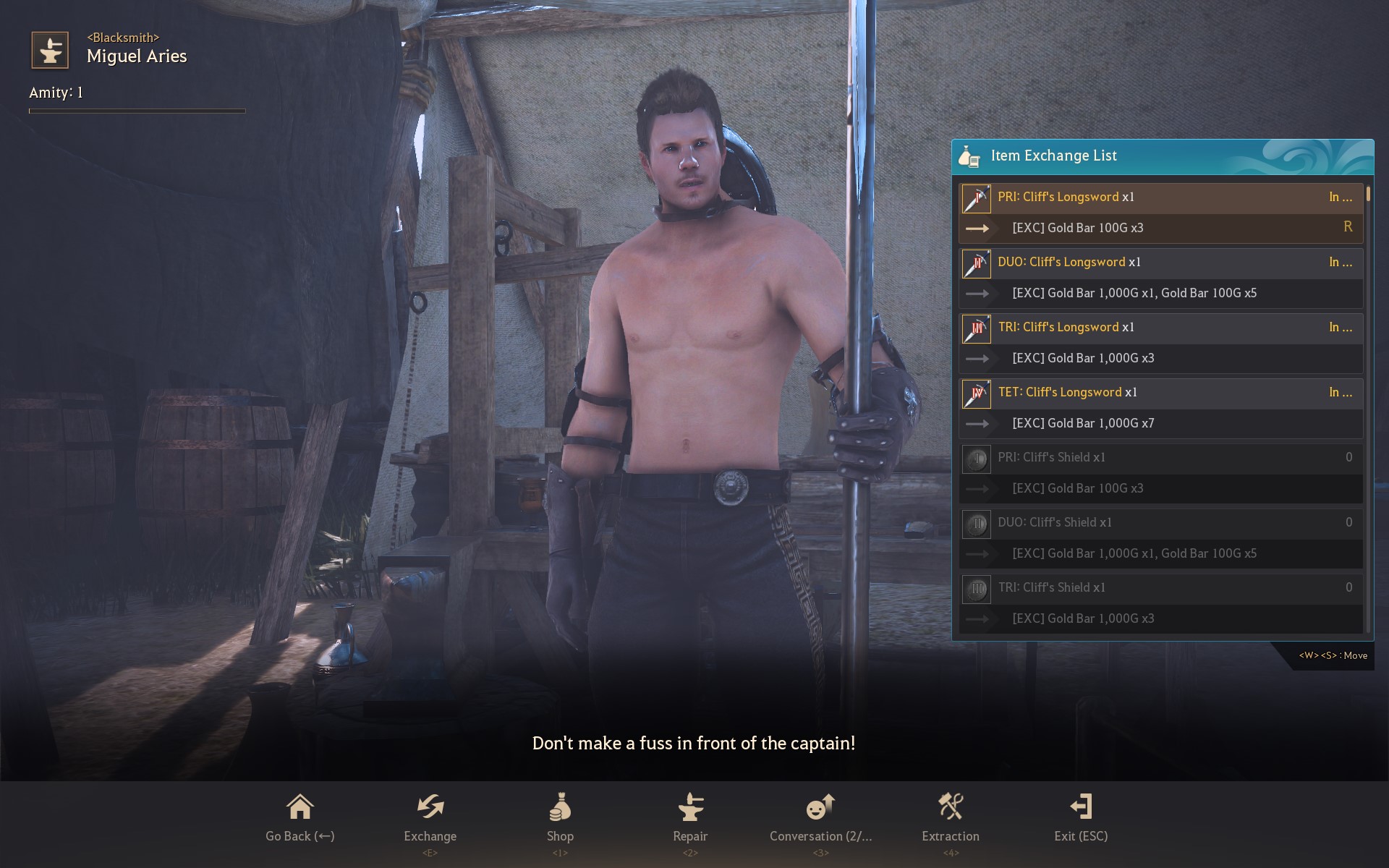 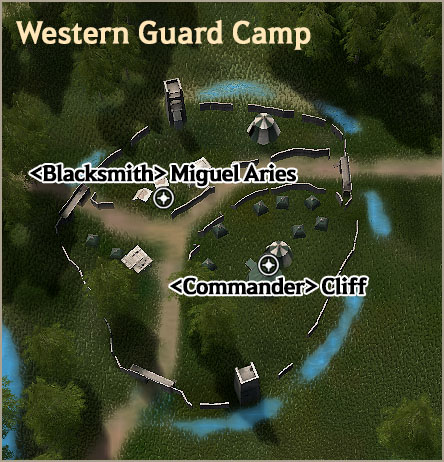 Request to Update Adventurer's Guide
What are Cliff’s Weapons?