Amity is the value that shows the friendliness with the NPC and is based on family.

You can increase the Amity by having a conversation in the field that NPC is interested in, or by

waving hello while passing them by.

But if you get caught stealing or doing an action that NPC doesn’t like, the amity and Karma decrease.

If you buy items from some merchants the amity goes up, but if a dangerous item is sold it could go down. 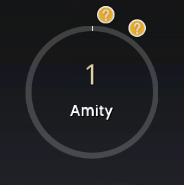 ▲ The NPC amity is exposed on the left bottom when having a conversation with NPC.

When amity goes up, you can earn various benefits.

Some consume energy to buff or ask for special quests.

Some knowledge can be only obtained when amity is high, and there are many merchant who sell good items only to close ones.

When amity goes up reputation goes up as well.

Reputation is the total amity of NPC that lives in one area, and when the reputation goes up, information on various knowledge that can be earned only in that area can be obtained more easily. 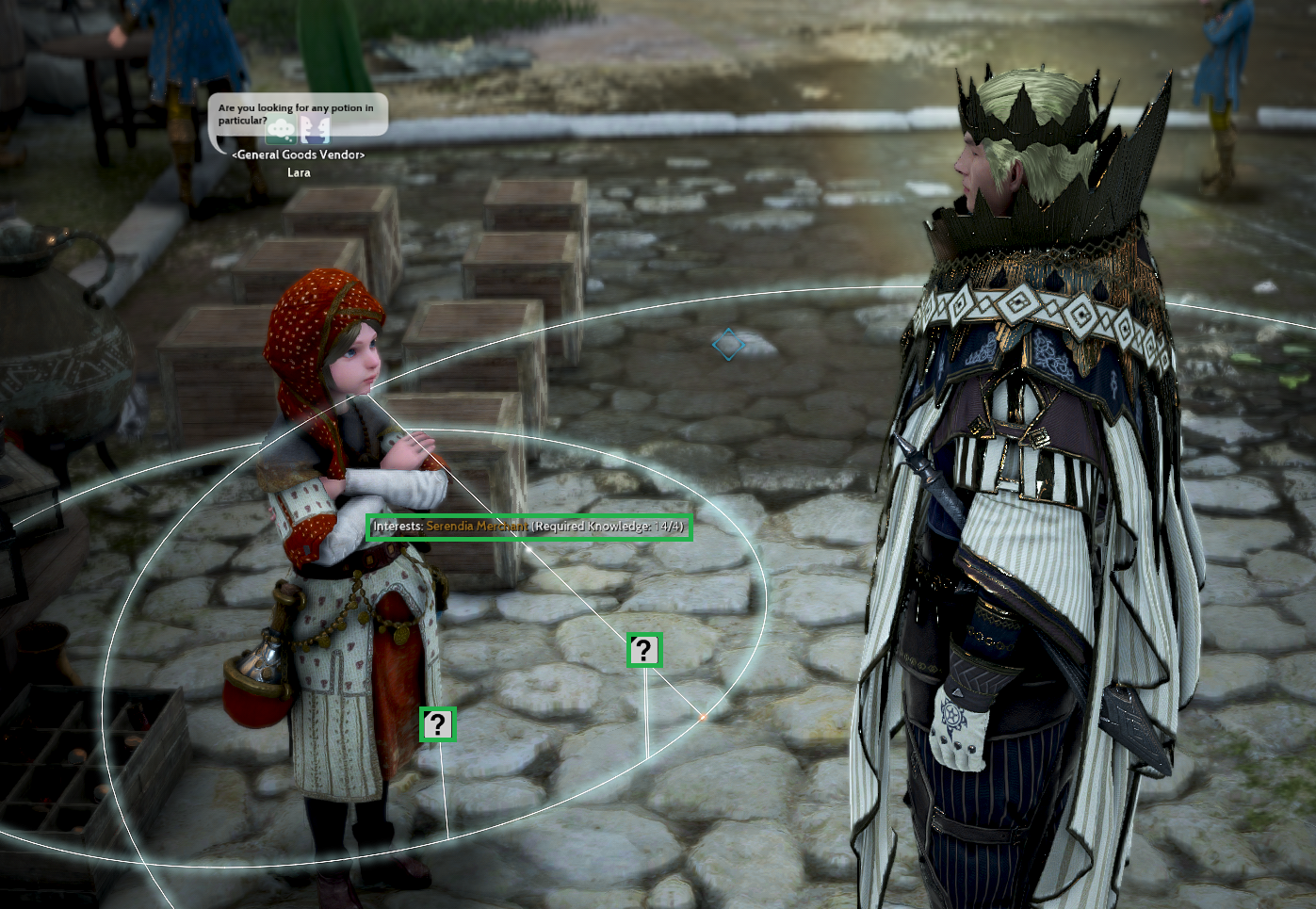 ▲ When you go near the NPC, the amity value and the NPC’s amity related functions are shown in a big circle.

Although there are many ways to increase amity, the easiest and universal way is through conversation. A conversation can be processed by talking to a NPC and clicking the button, and the most important part is ‘Requirement’. If you do not succeed in conversation requirement, you do not get any reward.

Also there shouldn’t be lack of knowledge on NPC’s interest or lack of energy. 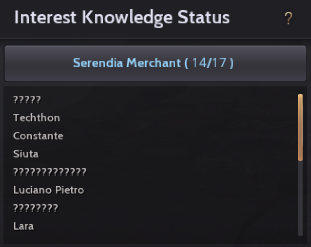 ▲ When you obtain knowledge, on the left side of NPC conversation screen the obtained knowledge is shown.

▲ When you obtain Interest knowledge, you can start a conversation. But, if you have a conversation, the amount of energy being used differs depending on amity.

On conversation screen the relevant npc’s constellation picture appears, and you can have a conversation by right clicking the knowledge icon located on the bottom of empty circle or by dragging and dropping. 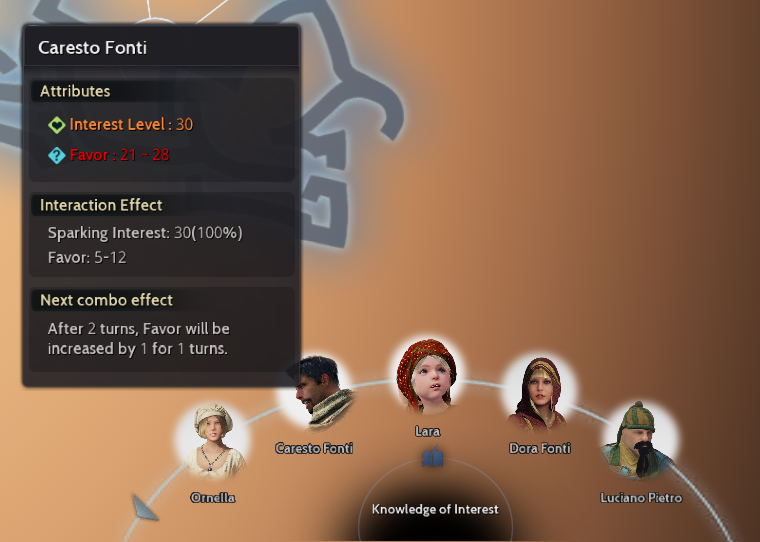 Here, the interest level is related to success rate, and favor is related to the amity that is obtained after the conversation ended. 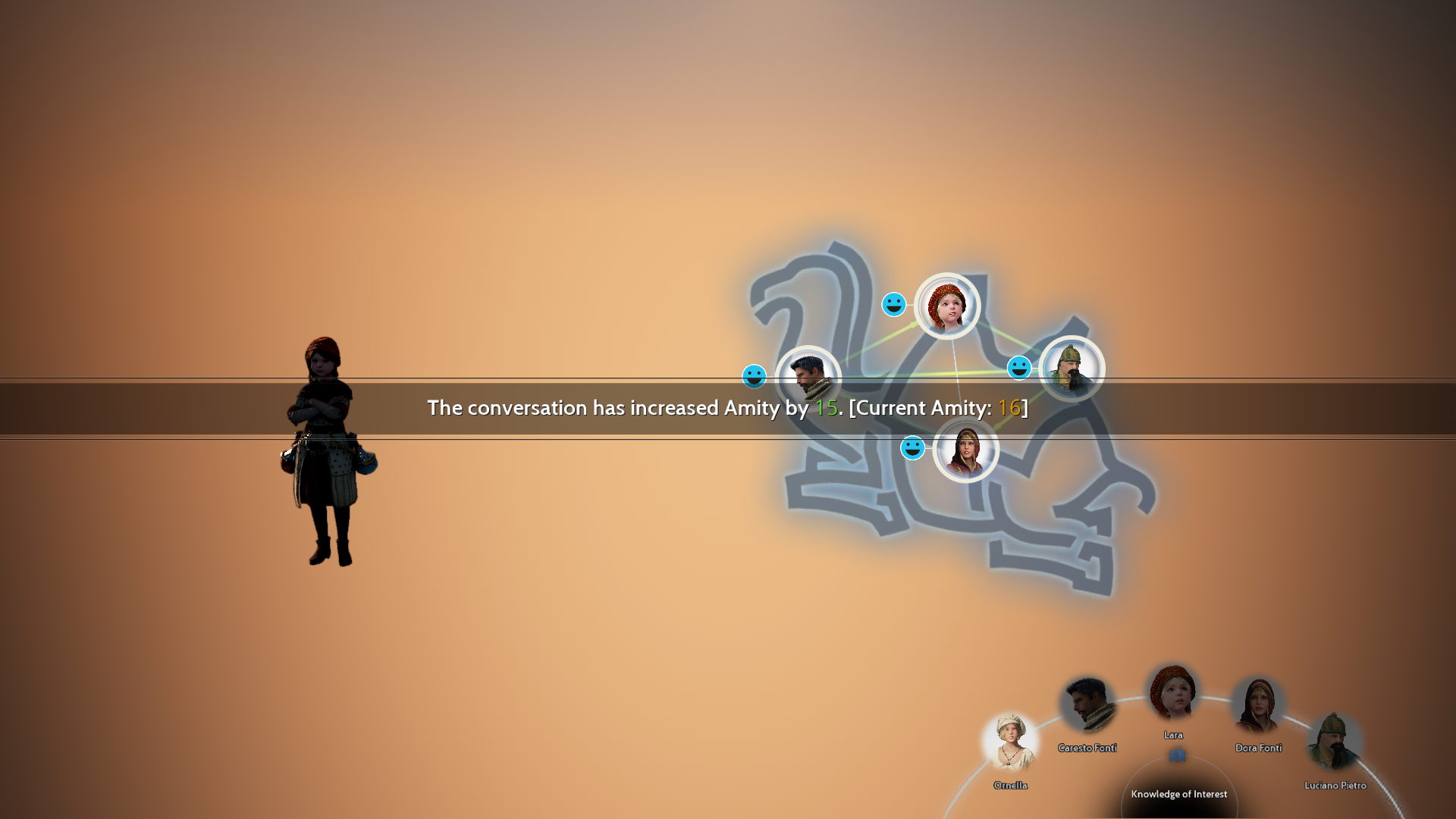 ▲ If you succeed in conversation you can obtain amity.

When you have the same constellation with the NPC, it is easier to increase amity. There are advantages such as starting at amity 10 instead of 1 on first encounter, and amity increasing when succeeding in conversation and such.

The NPC’s constellation can be checked through the knowledge window (H) or through the background picture that appears when having a conversation. 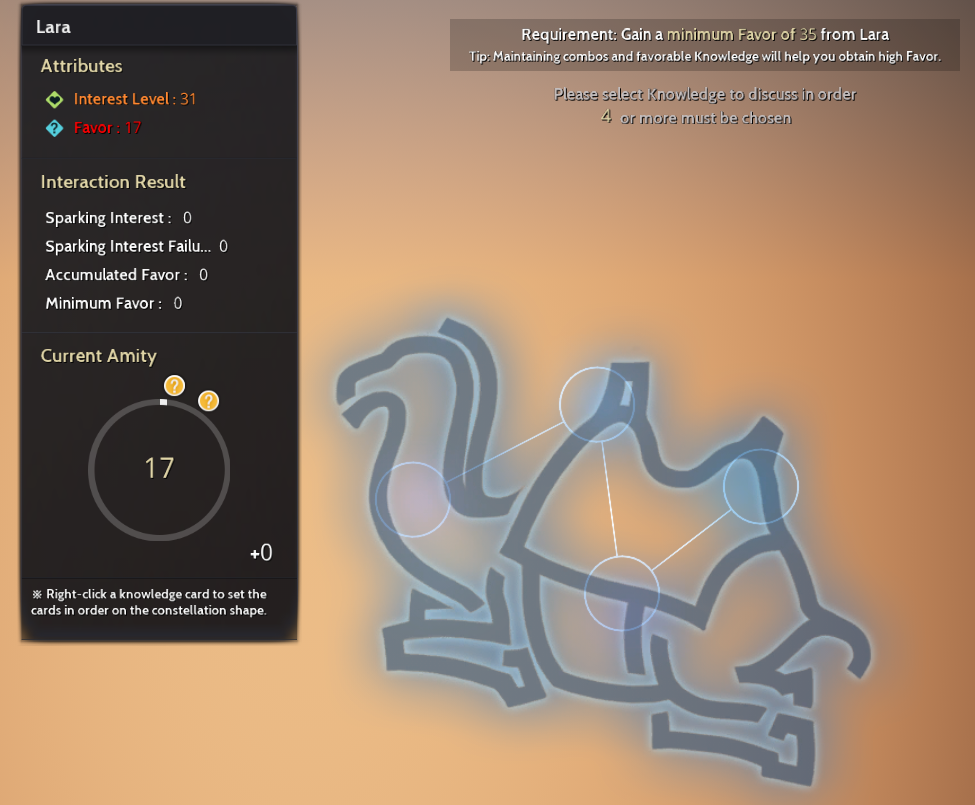 ▲ You can check the NPC’S constellation when having a conversation. 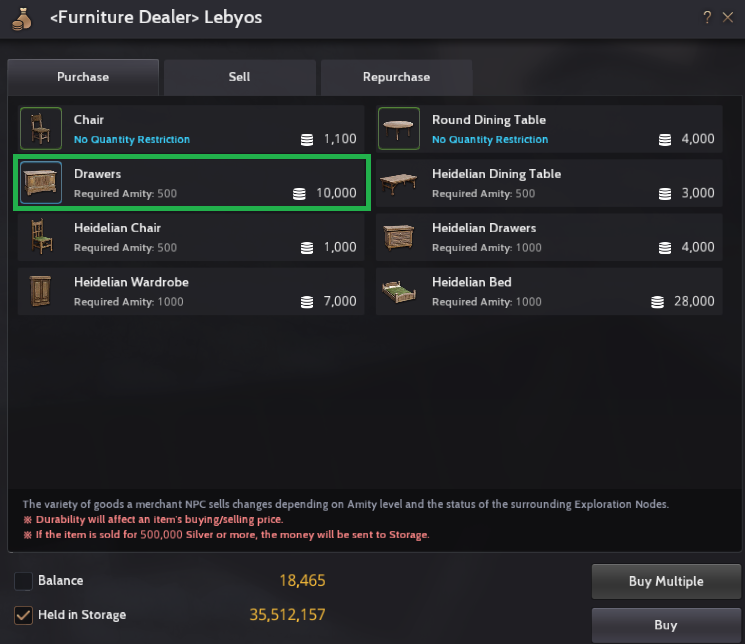 ▲ You can check the Shop item that needs amity any time.