The main purpose of clan is to exchange information and to socialize, so it only offers Clan chat function.

In clan window, it does not offer function related to guild EXP so it can’t be checked,

But the skill points are being built up when the level and life skill of clan member goes up,

And the skill points accumulated in the clan is transferred when it becomes a guild so you can check it when your clan gets promoted to a guild.

Anyone can create a clan by talking to guild manager NPC.

In order to enlist another character to the clan, click ‘Clan invite’ on interaction menu. 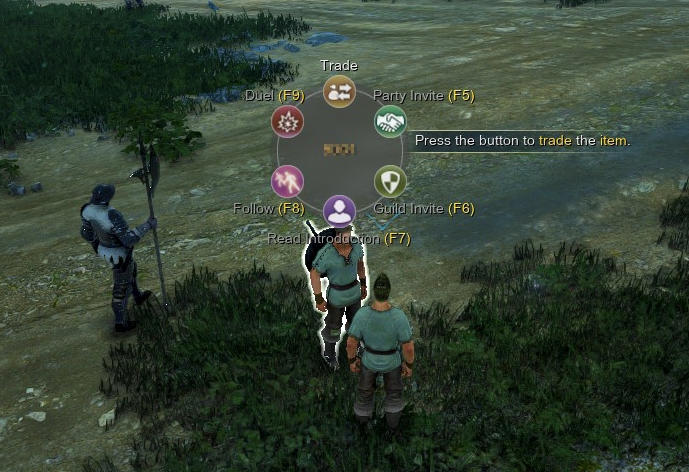 Disbanding a clan is also easy. You just need to press ‘Disband clan’ button while there is no one in the clan.

Also your clan can be promoted to a guild by talking to guild manager NPC such as ‘Luciano Pietro’ of Heidel. 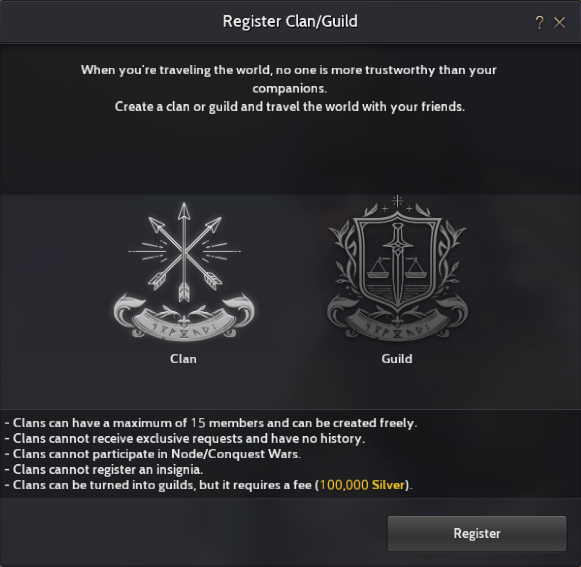 If promoted to a guild, the original clan name is kept.