Here are the latest update details for Black Desert Online on May 12, 2021 (Wed). Today’s patch contains 67 updates and is approximately 582.60 MB.

● A Gift for Skill Instructors! event has started.

Adventurers, let’s show our appreciation for the Skill Instructors who’ve taught us countless skills by giving them a gift! I’m sure they’ll return the favor!

[A Gift for Skill Instructors!] 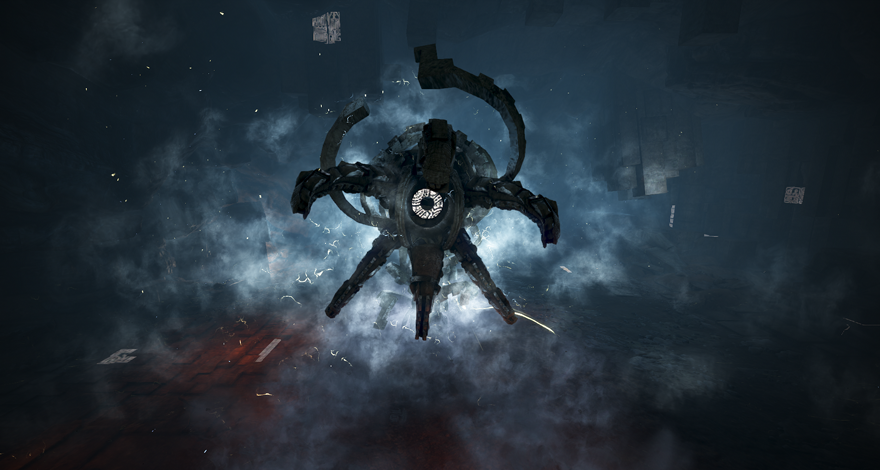 This is your chance to band together with your fellow Adventurers and defeat the fearsome Thundercloud Kutum!

Thundercloud Kutum will be guaranteed to appear during the event, so don’t miss this chance!

The upcoming update on May 26 will include a comprehensive balance patch that will make improvements (major and minor) to every class in Black Desert. Not only will this update include PvP changes that are already live in the Global Lab, but it will also include PvE improvements that are currently in development. We hope you guys are as excited as we are for this class revamp!

Currently, our development process is working to improve all classes at the same time rather than focus on a few characters at a time. Since this is more time-consuming, it's taken us longer than expected, and we ask for your understanding regarding the longer-than-expected delay of these long-awaited changes. We are combing through the improvements we've planned as well as the feedback left by Adventurers on the official website in order ensure carefully considered changes to this upcoming update. Your feedback and those of all our Adventurers worldwide have been invaluable in this process, so please keep sending us your feedback as you traverse the world of Black Desert!
● The maximum increase and decrease percentages for Attack Speed, Casting Speed, and Movement Speed have been changed:
- Max Attack Speed, Casting Speed, Movement Speed Increase: 250% (Standard Default: 100%)
- Max Attack Speed, Casting Speed, Movement Speed Decrease: 50% (Standard Default: 100%)

The changes made to this content focus more on the decrease percentage of each stat than the increase percentage. Before, multiple applications of a skill's effect or a special effect at once could have reduced the speed of any one of these stats up to 99%. Since this is quite punishing for Adventurers and is disruptive to the game's action-oriented gameplay, the maximum decrease percentage that can be applied to each of these stats has been limited to 50% (even if the effects are applied through multiple skills all at once).
● Three new skills exclusive to Node and Conquest War have been added.
- You can only learn one of the three skills at a time.
- These skills can be learned using a Secret Book, which can be acquired by exchanging the Resplendent Medal of Honor (a new Node War reward).

With this update, three passive skills exclusive to Node Wars and Conquest Wars are now available for all classes. Each of these skills will increase one of the following: Melee DP, Ranged DP, or Magic DP. But be warned - you can learn only one of the three skills at a time, so choose wisely! (For instance, if you choose Yianaros's Light to increase your Magic DP, you will not be able to acquire Pilgrim's Steps or Knight's Defense.)

Many of Black Desert's greatest battles are waged in Node Wars and Conquest Wars, and the data retrieved from these wars across all regions are constantly being retrieved and examined. Class distribution, damage, and kill-death ratios - stats like these have a huge impact on how large-scale battles play out. To level the playing field and lessen the possibility of a battle being too heavily influenced by these factors, we've added skills that give Adventurers the option to increase DP for a specific type of damage. However, since these skills are specific to Node and Conquest Wars, learning them isn't as simple as just investing Skill Points into the desired skill. These skills also require special Secret Books, which can be acquired by exchanging Resplendent Medals of Honor (a new reward for participating in Node Wars).

Lastly, although each class has been granted individual use of these passive skills, we will look into adding guild skills exclusive to Node Wars and Conquest Wars if conditions are not optimal in these large-scale battles.
● The issue where Adventurers with negative Karma could not be seen when another Adventurer uses the Hide function has been fixed. No more ghosts!

● The Whale Tendon Potion will now have a blue item border instead of a green border when viewed in Black Spirit's Adventure.
● When changing the velocity of a note in the Compose/Score window, the velocity will automatically change as the value is being inputted.

● Changed the topography in certain sections of Invernen Island and Tinberra Island.

● The participation rewards for Node War that can be acquired through the Reward button in the Guild Window (G) have been reset during the maintenance on Wednesday, May 12, 2021.
- Medal of Honor, Battlefield Glory, Battlefield Honor items that are no longer available have been deleted.
- Shining Medals of Honor, Battlefield Glory, Battlefield Honor items that have already been collected have not been deleted.
● Fixed the issue where the installation progress displayed for certain annexes in Node/Conquest War did not display as intended when the Commander's Signal Guild skill was not learned.

● All instances in the UI with 'Additional Copy' have been changed to 'Single Copy'.
● Fixed the issue where Ancient Spirit Dust was not being displayed in the Item Drop window when hunting in the Aakman Temple and Hystria Ruins.
● The loading message on the reconnection screen after changing a Temporary Family name has been changed.
● Fixed the issue with the reconnection screen where pressing the ESC key after changing a Temporary Family name would exit the game.
● When buying items with a purchase limit through NPCs, the message alerting you of the amount you can purchase will now appear in red if you have reached the maximum number of purchases.
● Emergency Escape can now be added to the Ring Menu when using the Gamepad UI.

● On the official homepage, the default page when entering [Camping Grounds] > [Find Guild] has been changed.
- The list of recently created Guilds will no longer be displayed. You can use The search function to look for information on all the Guilds in Black Desert.