Adventurers, here are [GM] Velia & [GM] Polly bringing you some of our personal highlights from Summer!

SummerFiesta Event
Meanwhile, we also had 3 weeks of continuous events hosted by the GMs. We want to thank everyone who joined and made these events possible. We hope you enjoy the mementos we gathered here and hope they bring you a lot of memories!

Day 1: Hunt the GM with pictures
On the first day of the final week, the GMs hosted a GM Hunt again but with pictures of the place, Adventurers were supposed to find the GMs! Did you manage to get them all?
Example of one of the locations! Can you guess it? 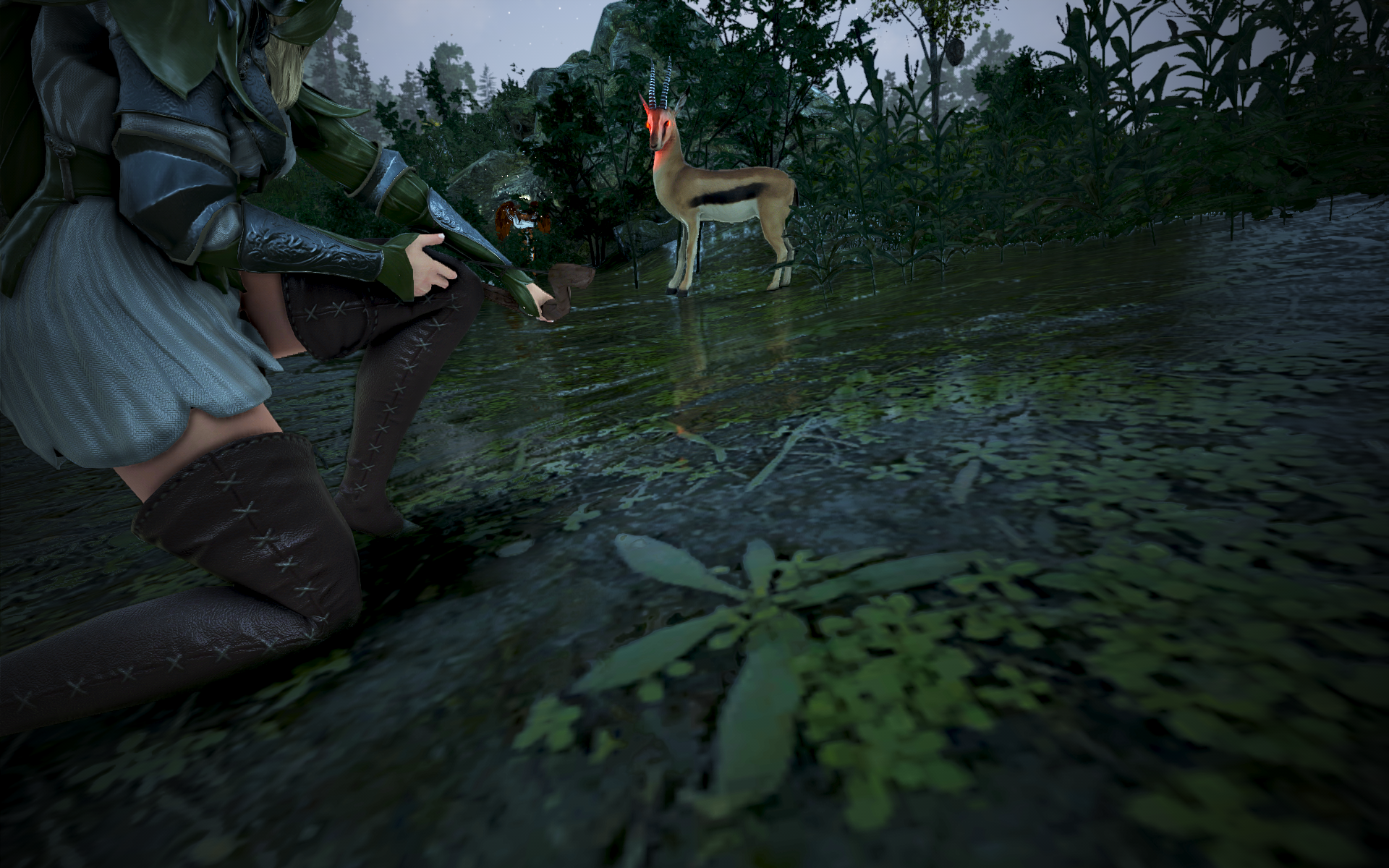 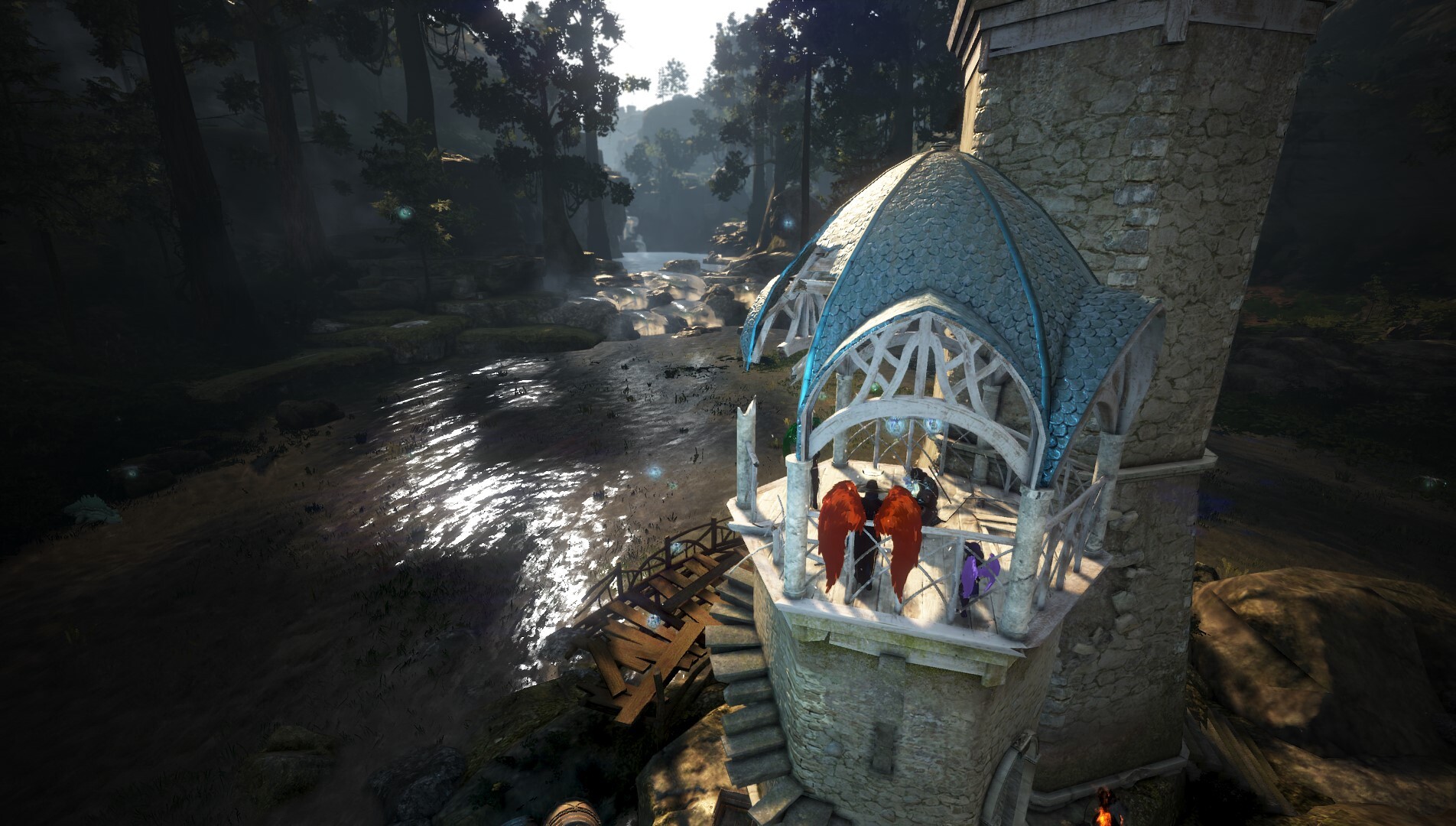 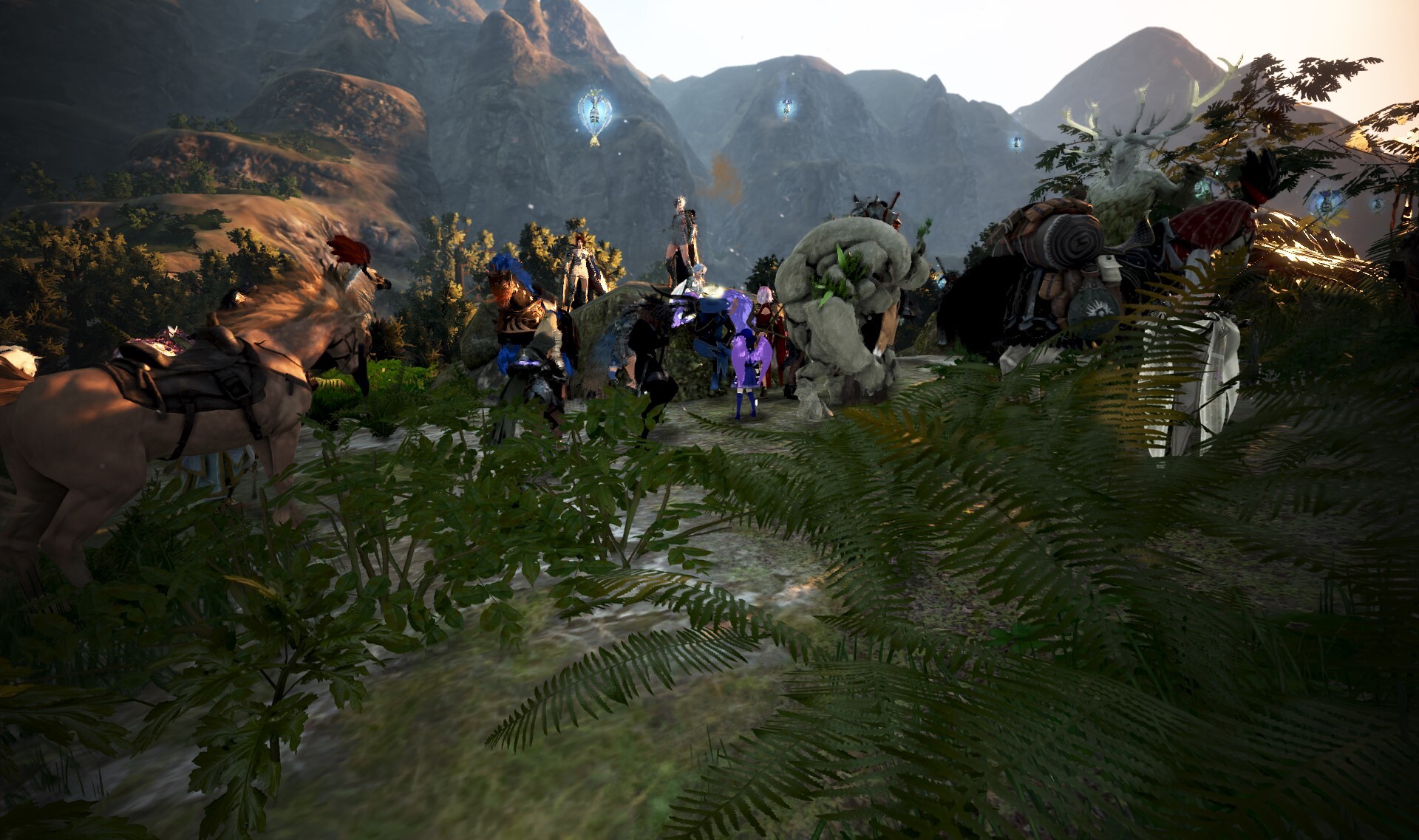 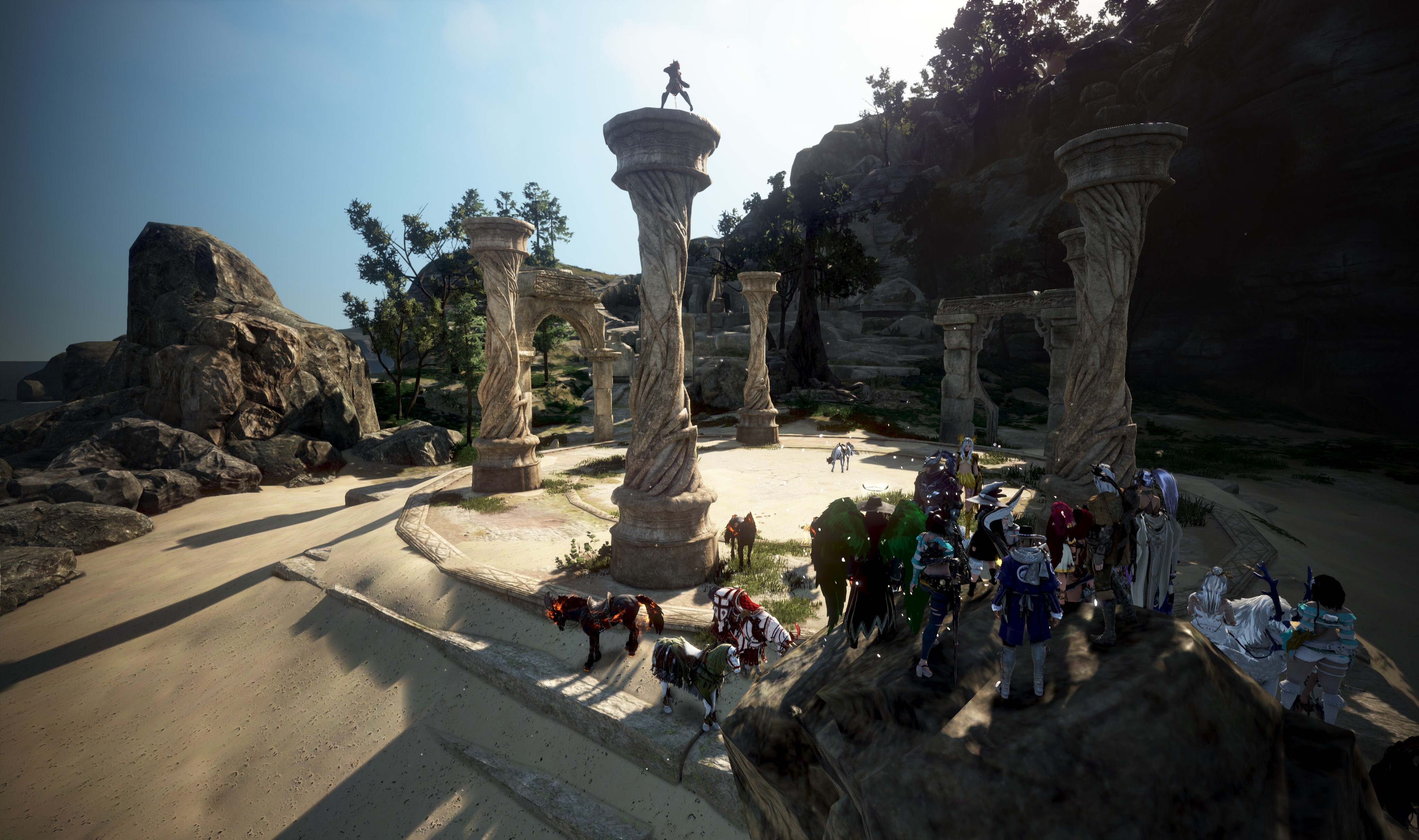 Day 2: Count them all!
For the second day, the GMs hosted a counting event in Mediah! Did you guess how many houses there were in Tarif? How many horses were there in Stonetail Ranch? Or how many NPCs were there in Sarma? Some Adventurers guessed it while others left some amusing comments on it!

A: “Hint if goes MUUU it is not an Horse”

B: “0 horses since they are not horses, they are really a code programmed by a person with a binary base” 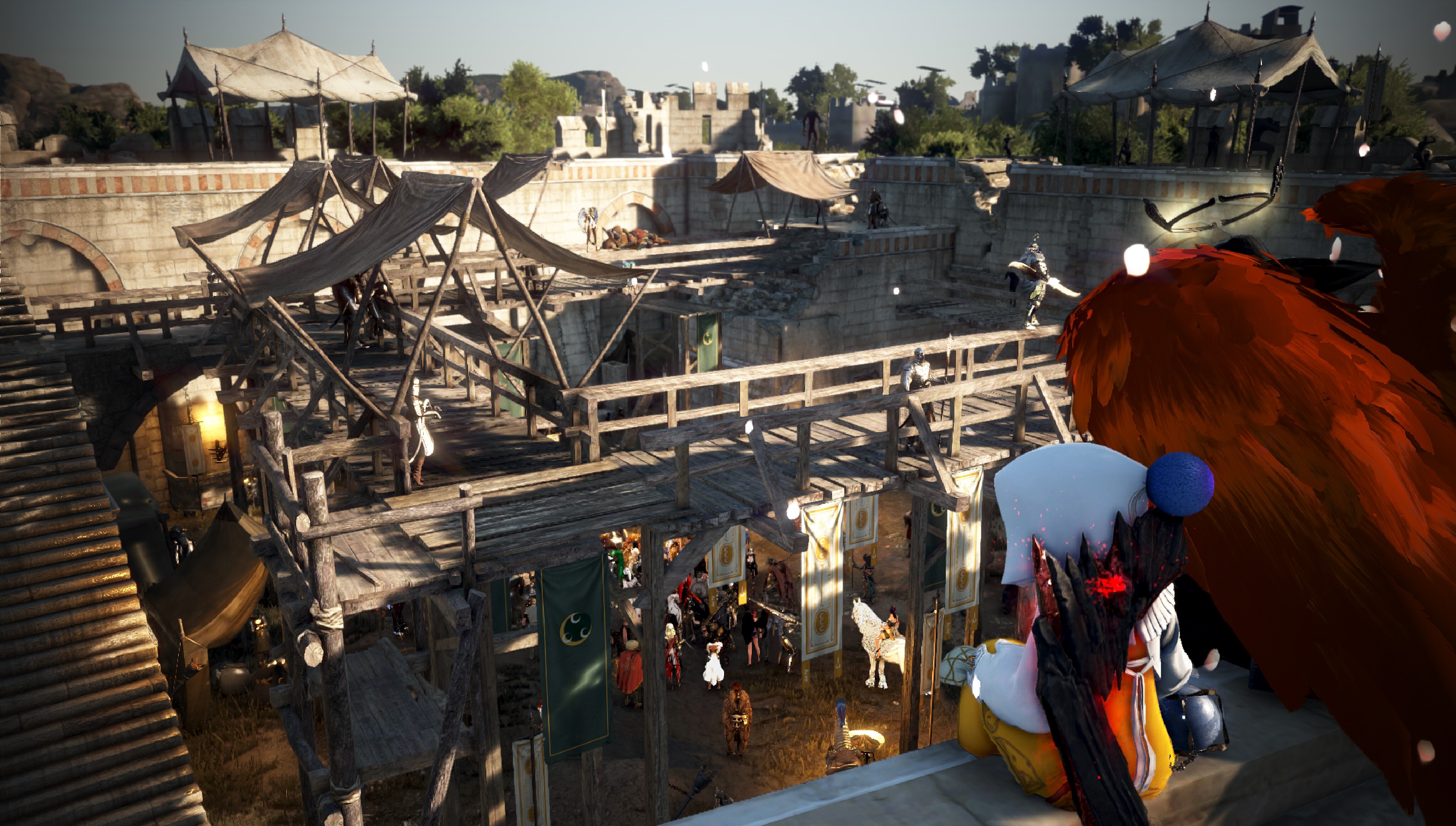 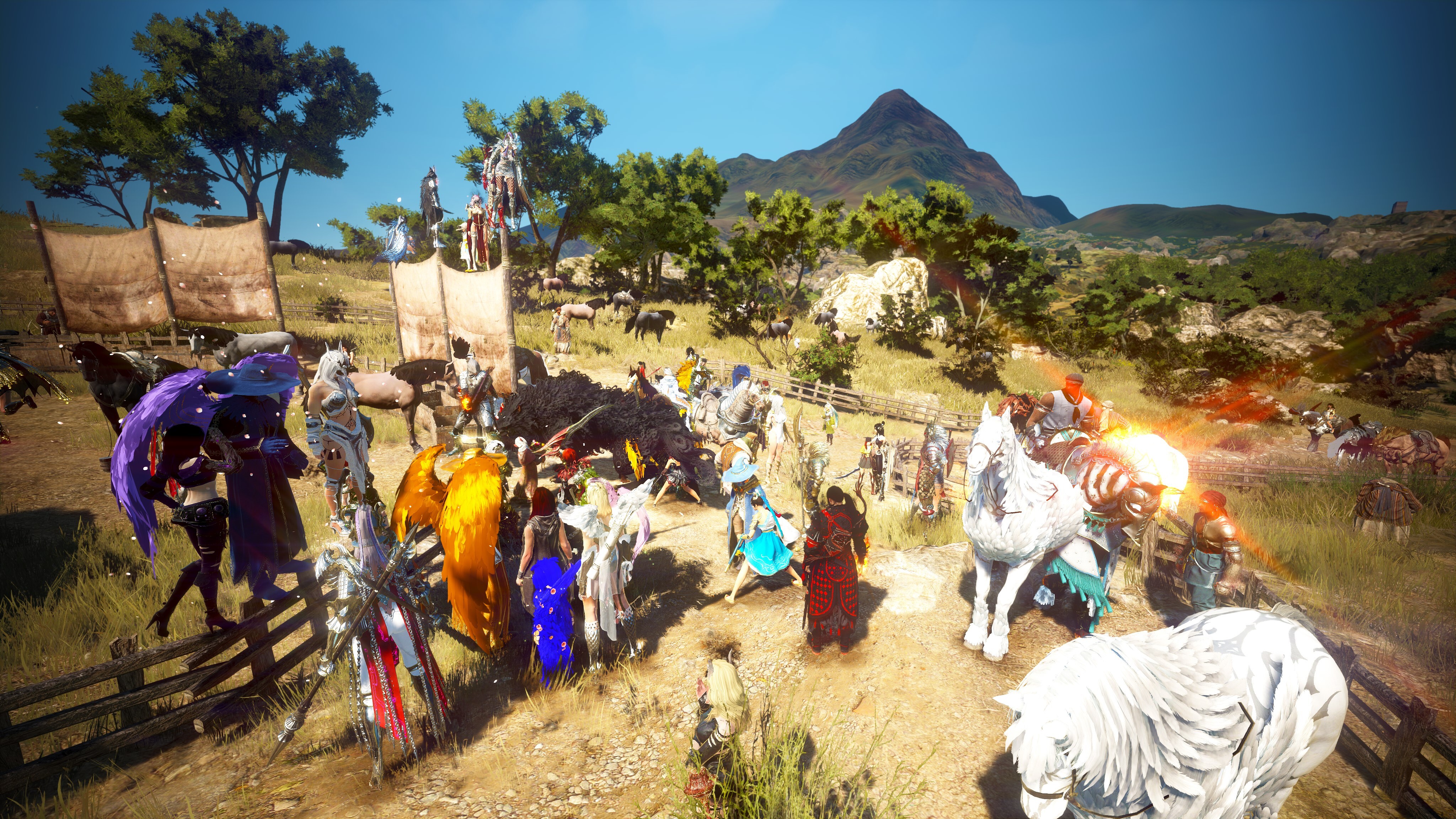 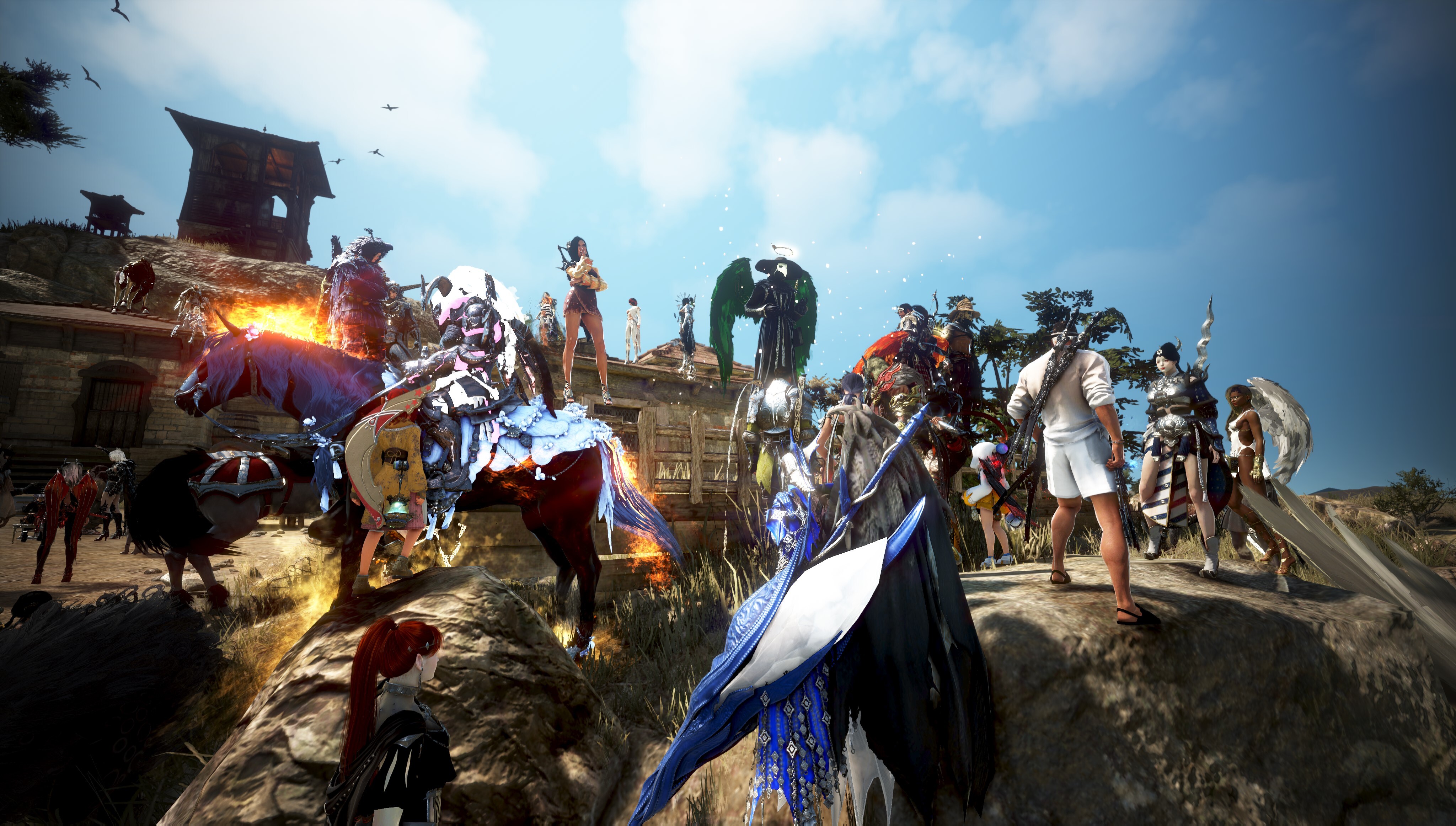 Special: Did you know that at the end of the event, there was the appearance of the rare Black Arduanatt? Even GMs were mesmerized!
Day 3:Triathlon
For the third day, the GMs hosted a sports event for the Adventurers! The triathlon consisted of riding a donkey from Heidel’s North Stable Keeper to Velia Wharf Manager, swimming to the Lighthouse on Luivano’s island, and swimming back to Olvia Wharf Manager, in order to enter the last part where the Adventurers needed to run to Velia Central Market. The GMs believe that the Adventurers found this competition very easy! 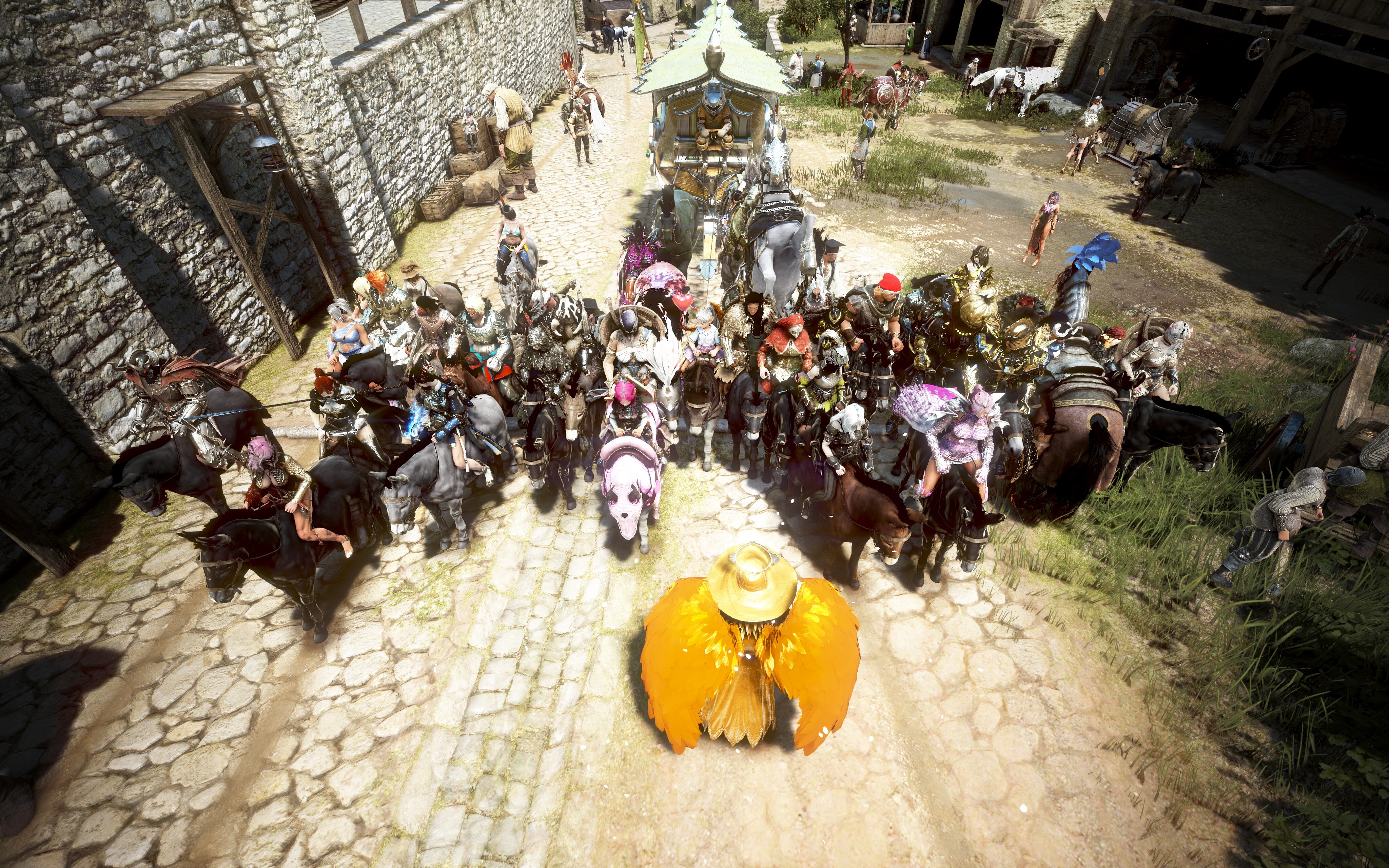 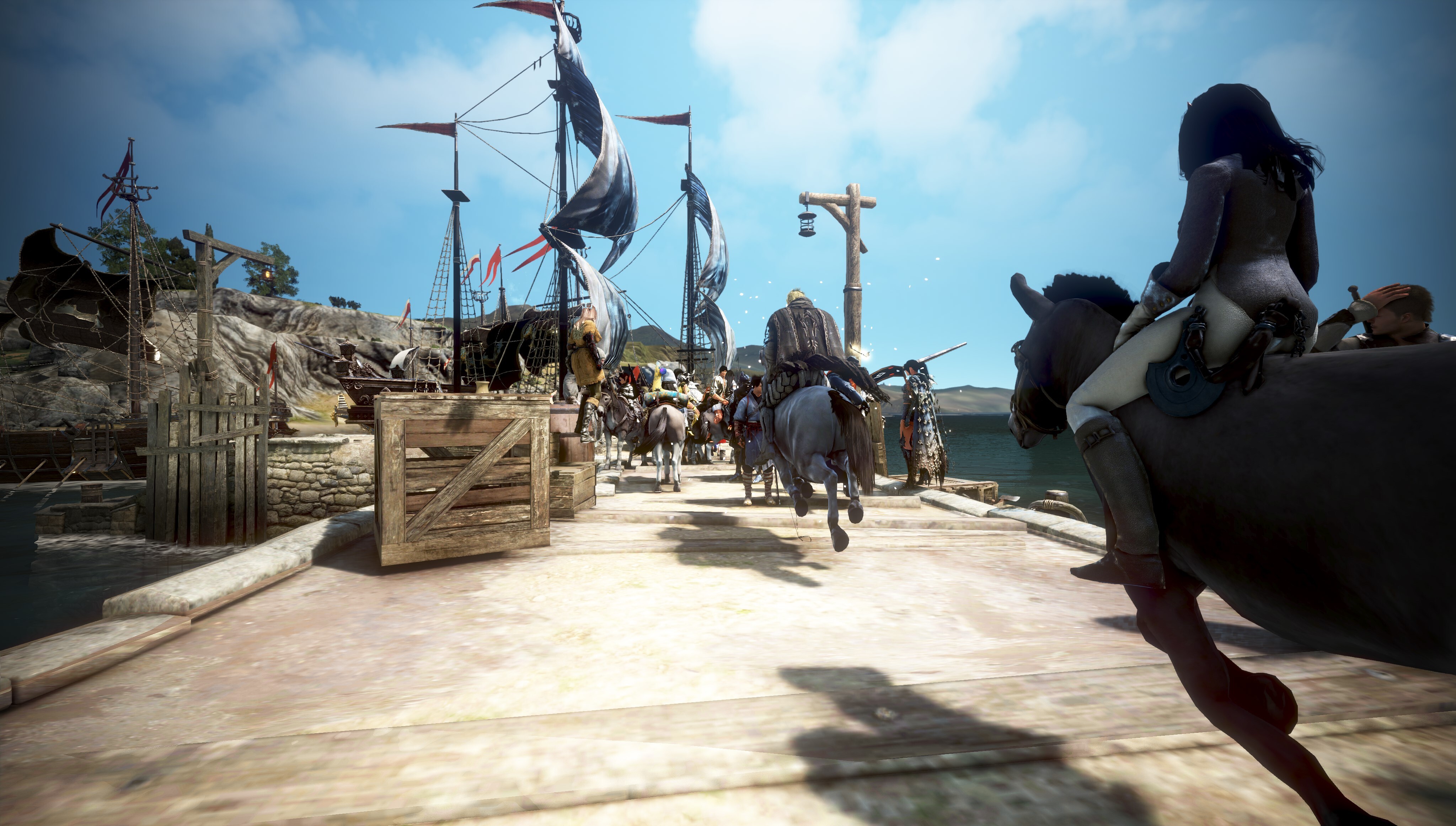 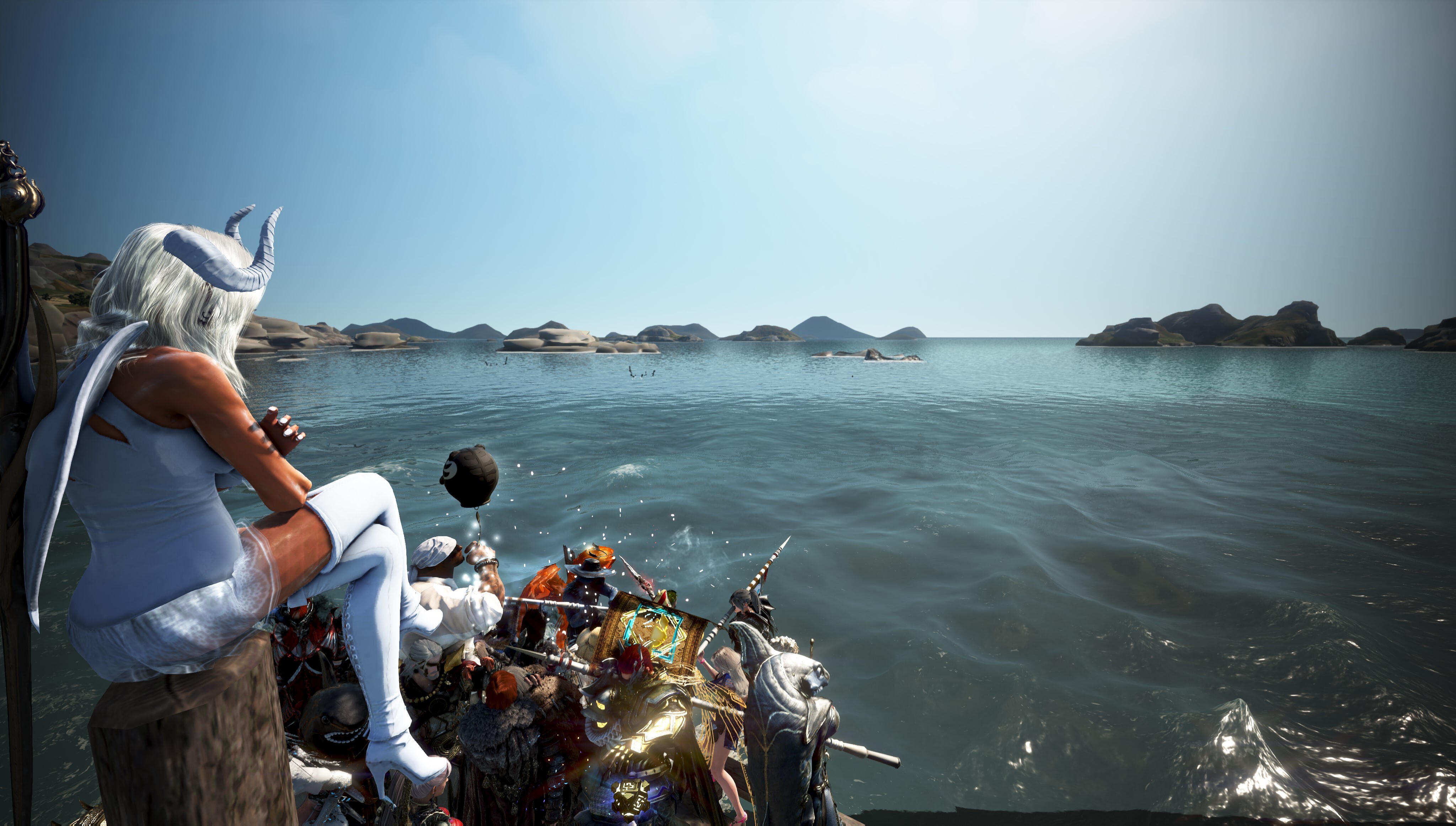 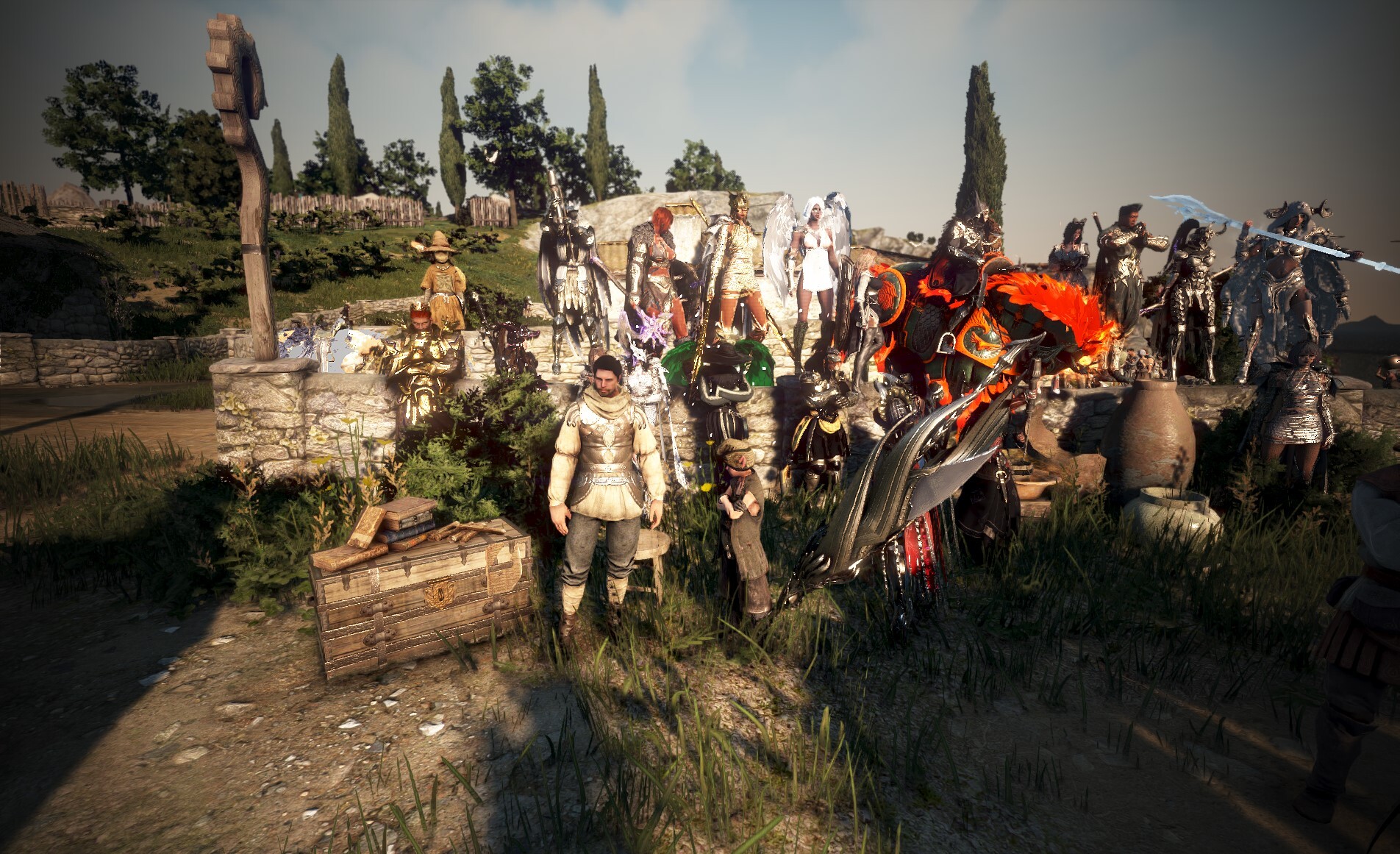 Day 4: Hunt the GM!
For the last day of this series, the GMs decided to challenge the Adventurers once again with riddles in the Mediah Territory! Did you find them all? Tell us a bit about your adventure during this event!
“I'm one of the many powerful castles among this land.
People would feel protected and armies would crash on my walls.
There was a time when many lives were lost on my bridge.” 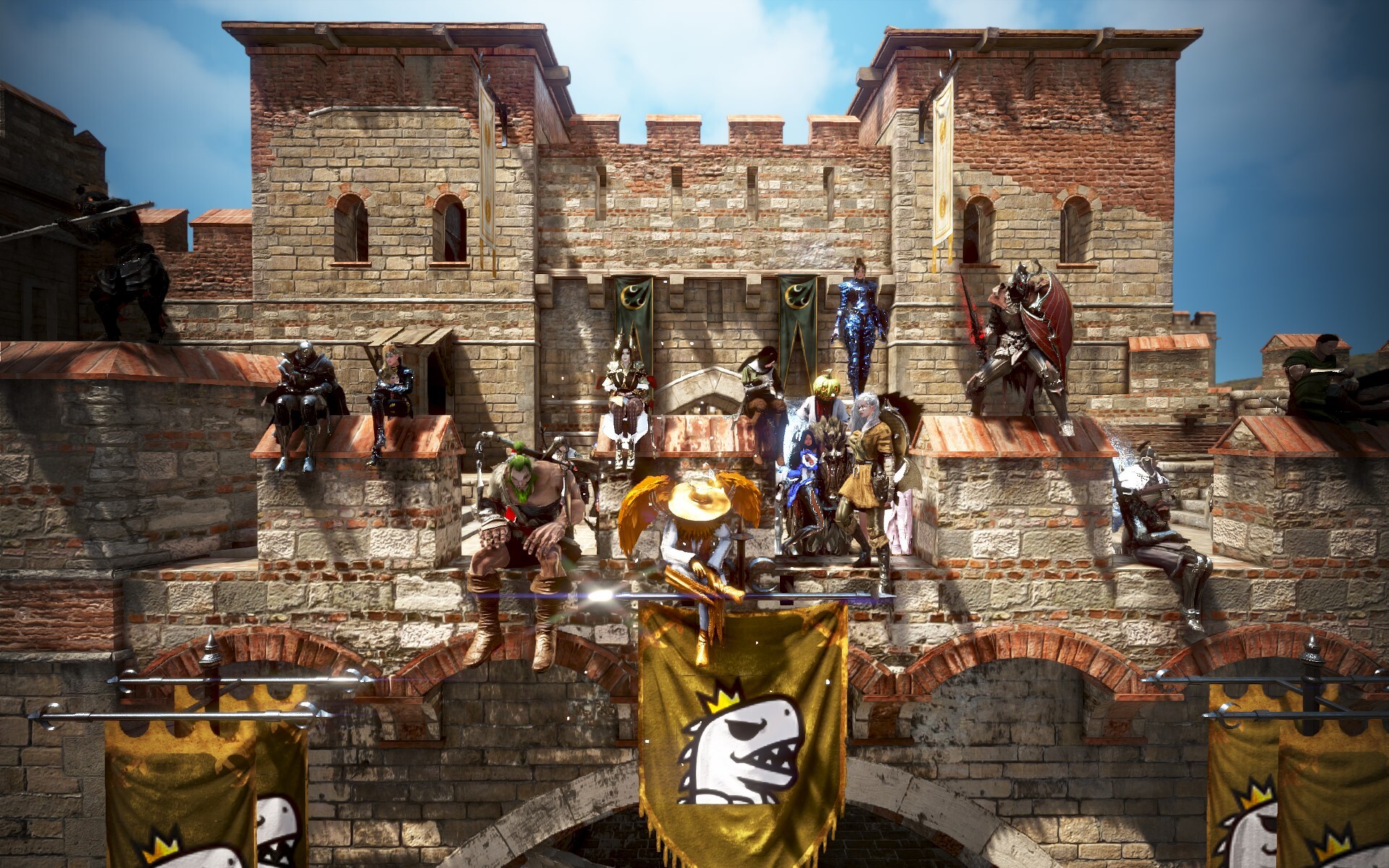 Day 1: Hunt the GM with pictures
On the first day of the final week, the GMs hosted a GM Hunt again but with pictures of the place, Adventurers were supposed to find the GMs! Did you manage to get them all?
Adventurer’s thoughts:

A: “That event was fun as hell too, great idea”

B: “Got my blood pumping when I saw the rocks!”

Example of one of the locations! Can you guess it? 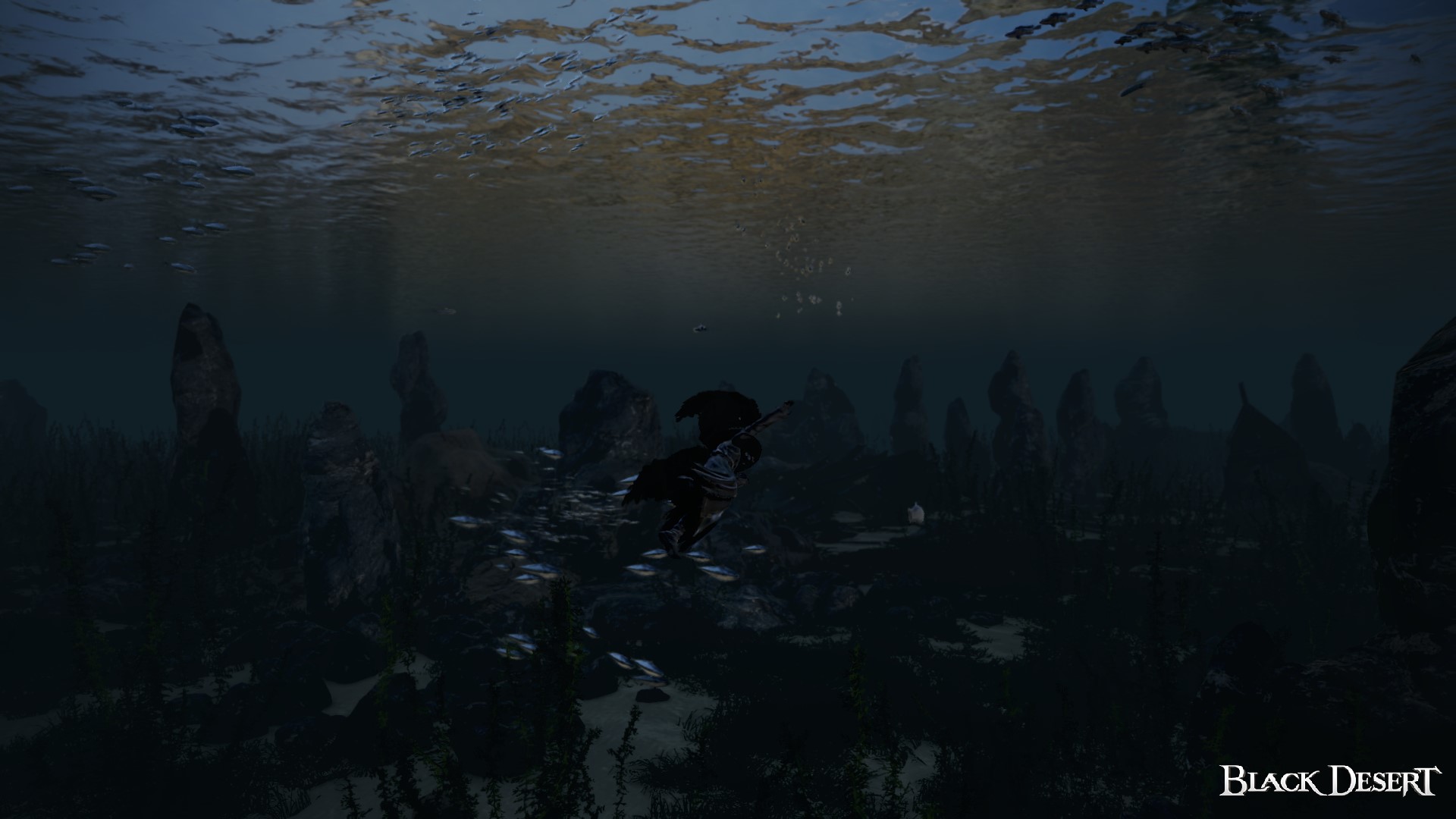 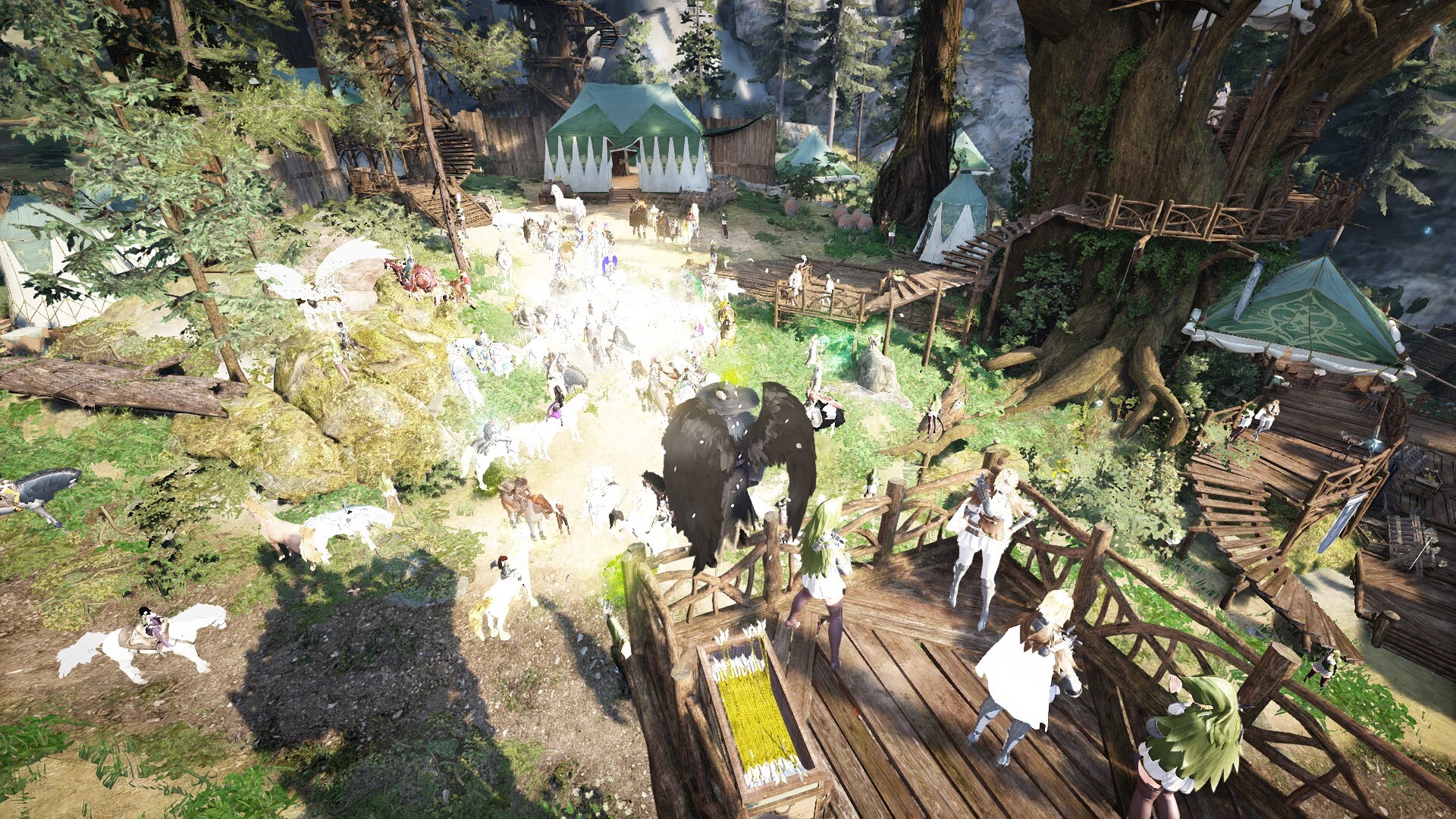 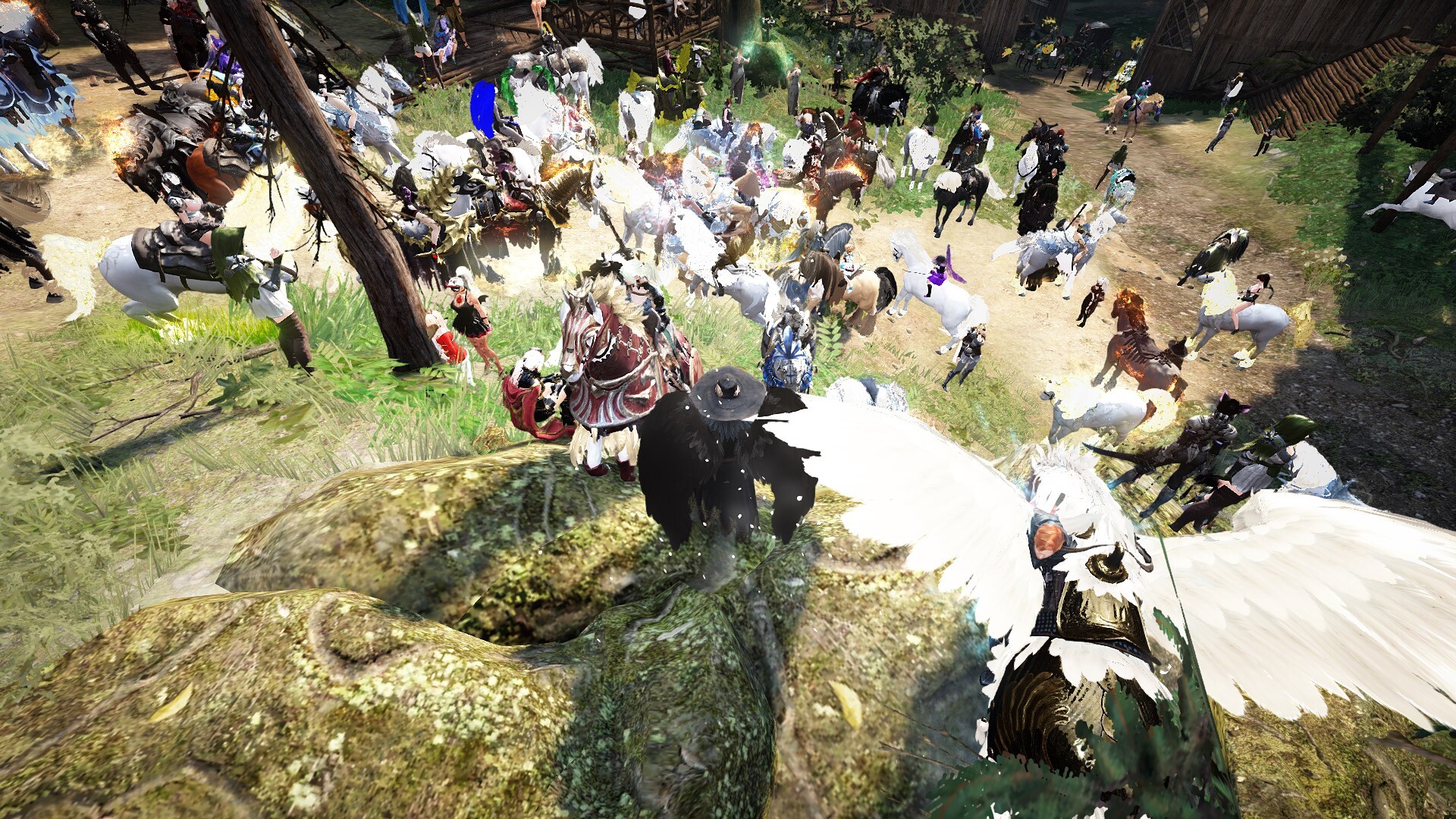 Day 2: Pirates of the Black Desert
For the second day, the GMs hosted a sort of Ocean RBF where two teams, each containing one GM aboard a Fluyt flanked by an armada of Carracks, battled against one another to see which team could successfully defend their own GM while simultaneously launching an offensive to take down the enemy GM. Were you there to witness the glory of sinking a GM?

B: “yea was chaotic fun”

C: “Yea it was funny and intense” 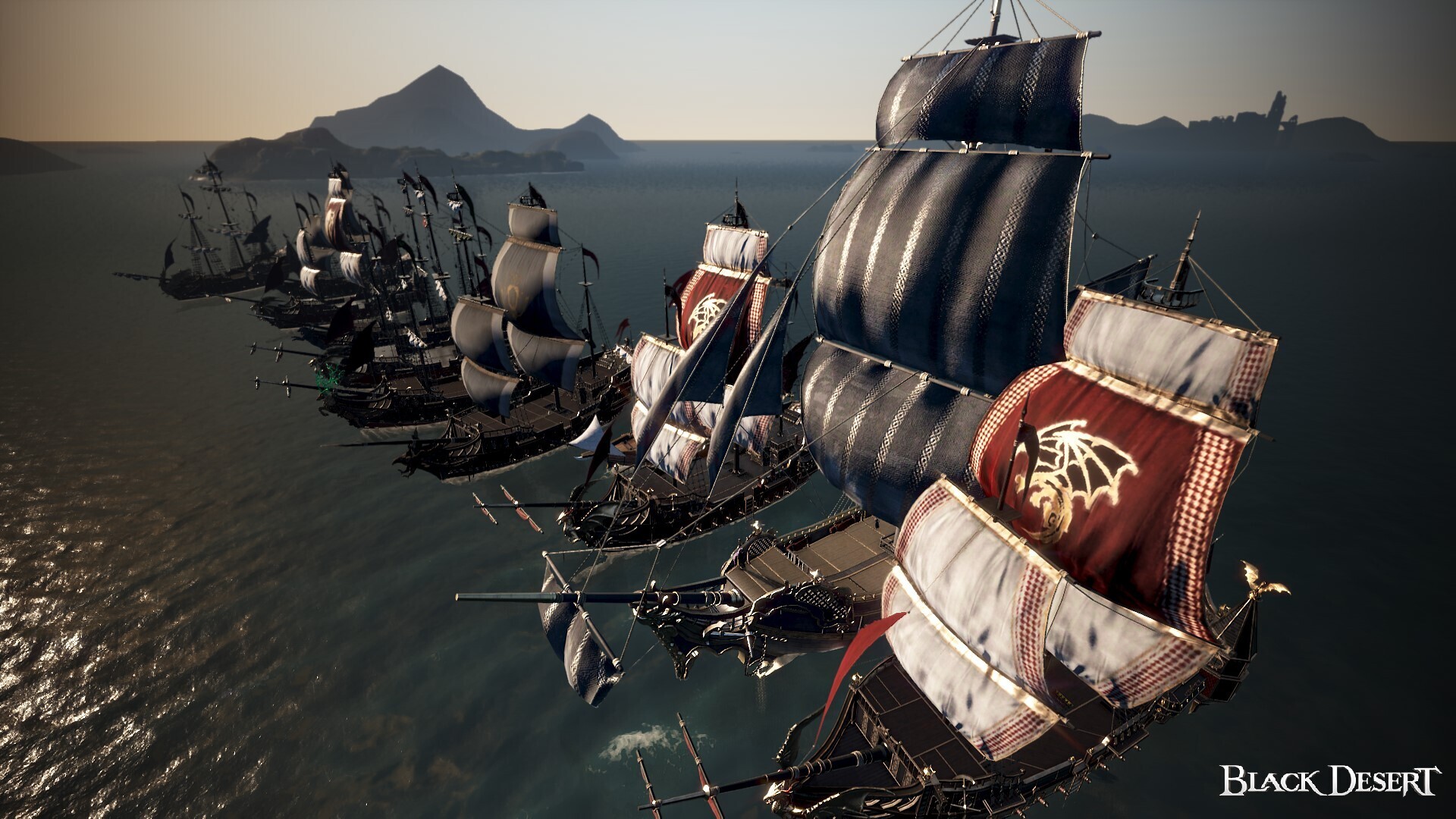 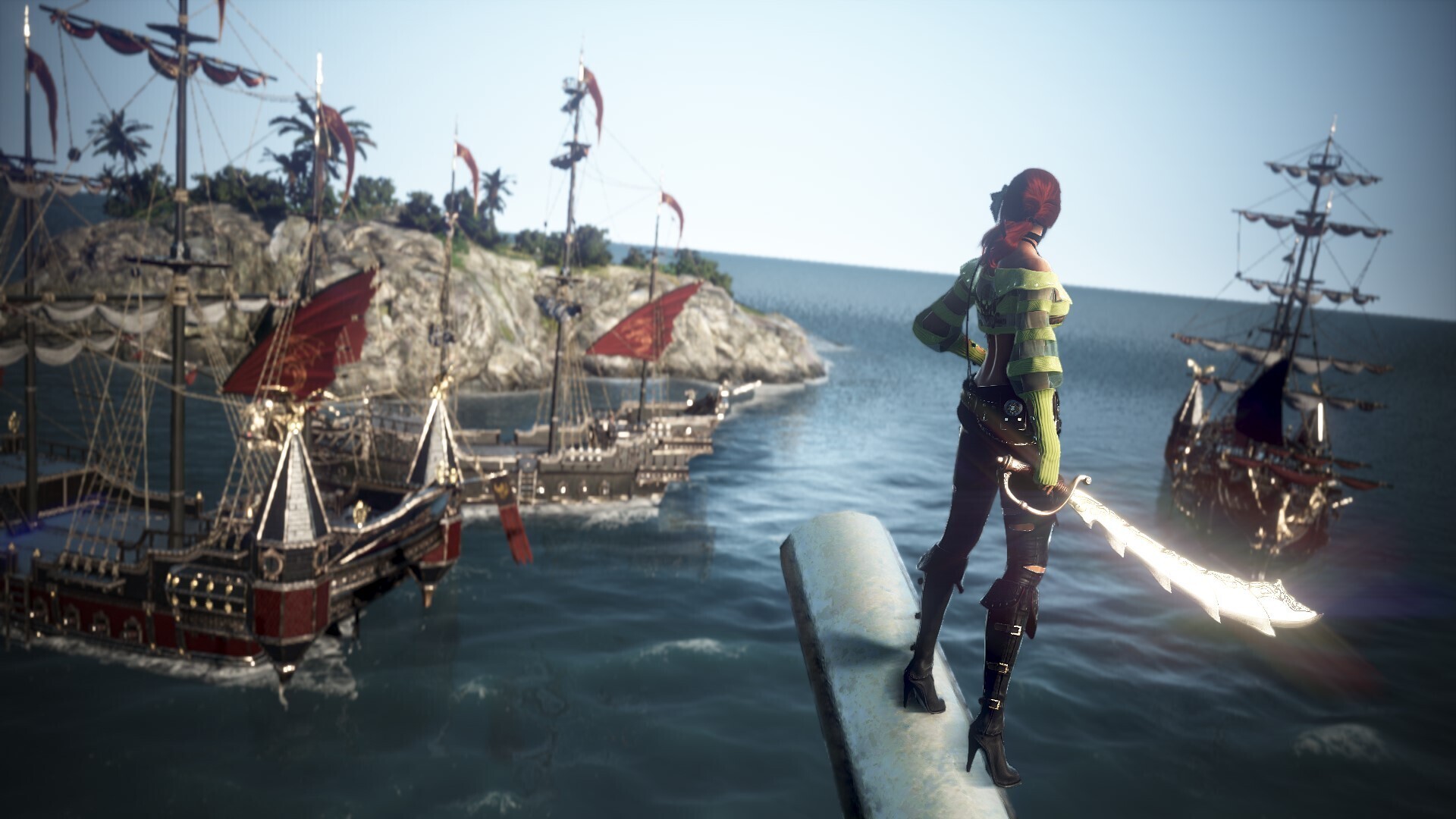 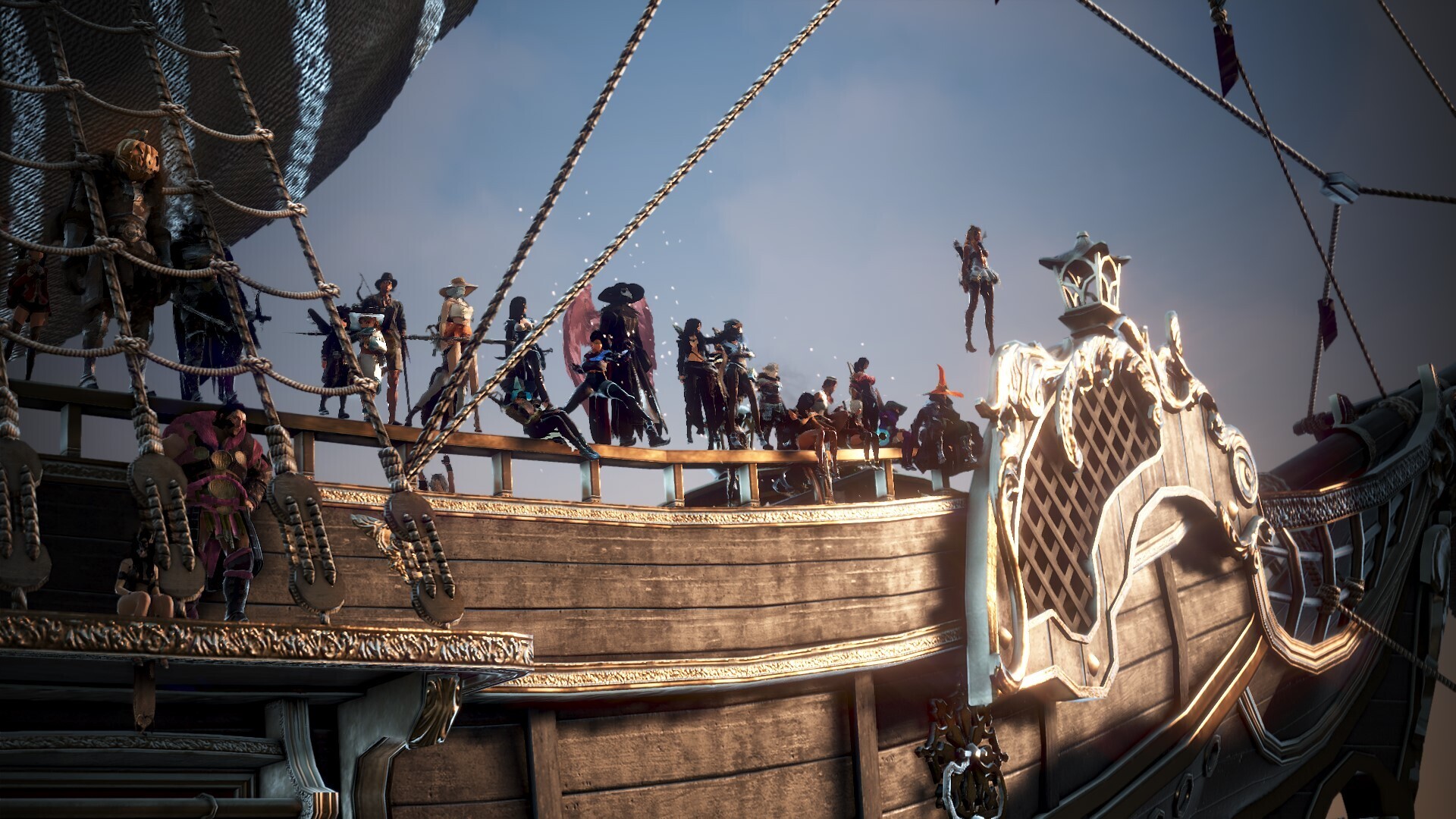 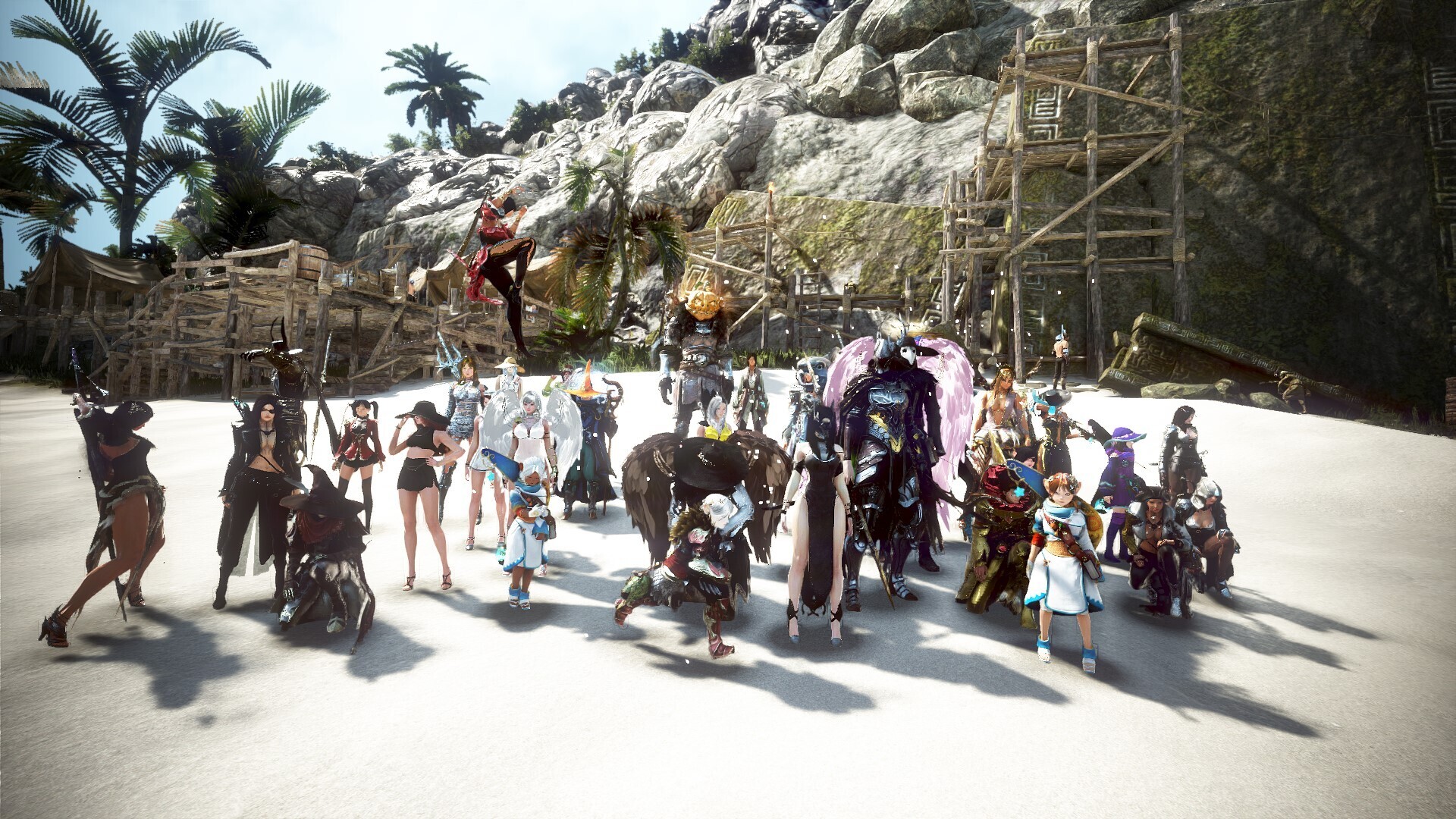 Day 3: Potato Pandemonium
For the third day, the GMs hosted a "sport" event for the Adventurers! Adventurers took part in an intense, action-packed (and potato-packed as well) wheelbarrow race! Did you leave the potato adventurers behind to claim victory? Or did you drive your wheelbarrow off the rails and accept defeat?
Adventurer’s thoughts:

A: “Forget Nouver, I have a potato race to do”

B: “I've never done a GM event before, this was quite fun”

C: “I actually didn't even know GMs ran event on here. Knowing that made the game even better honestly” 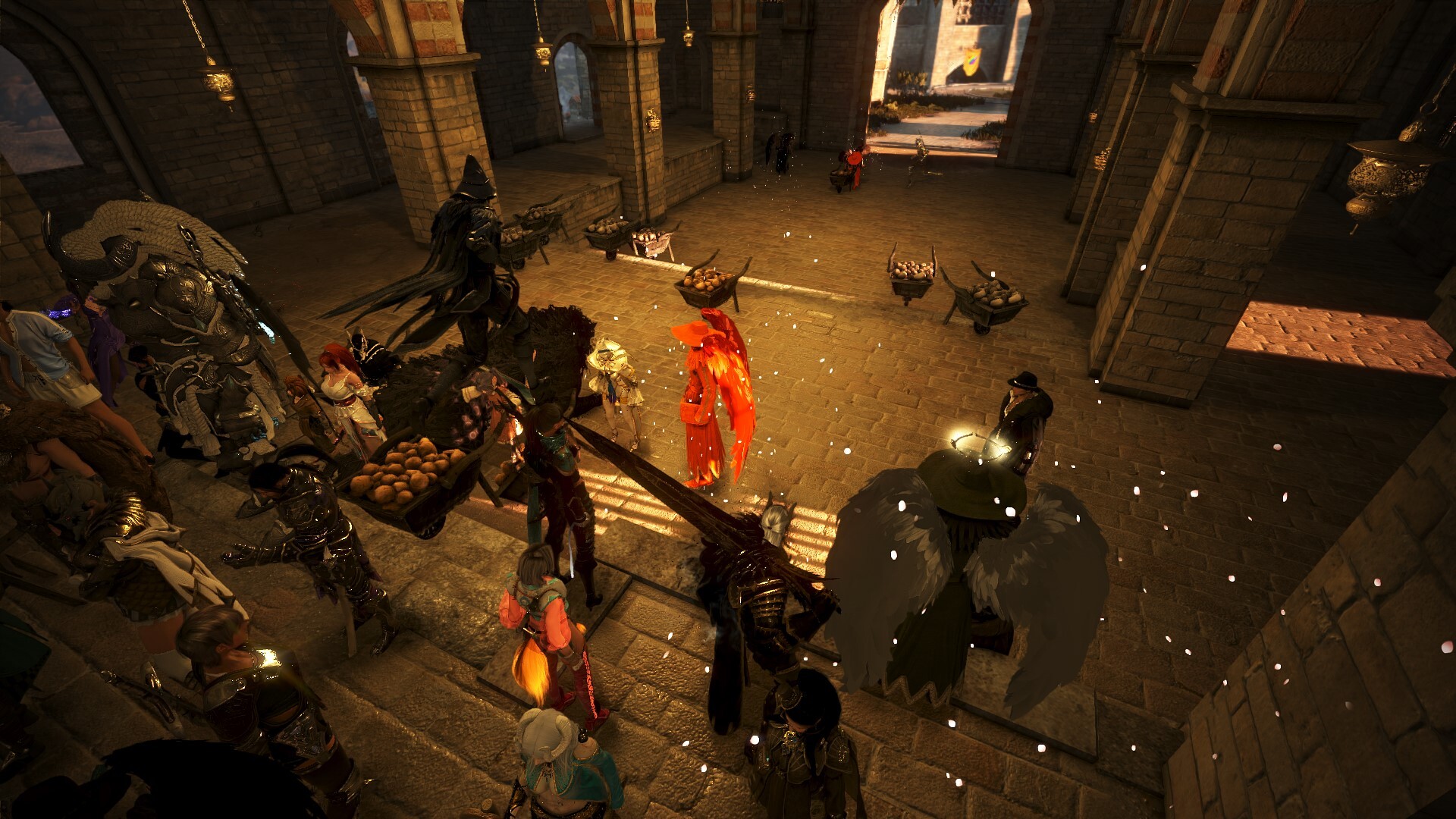 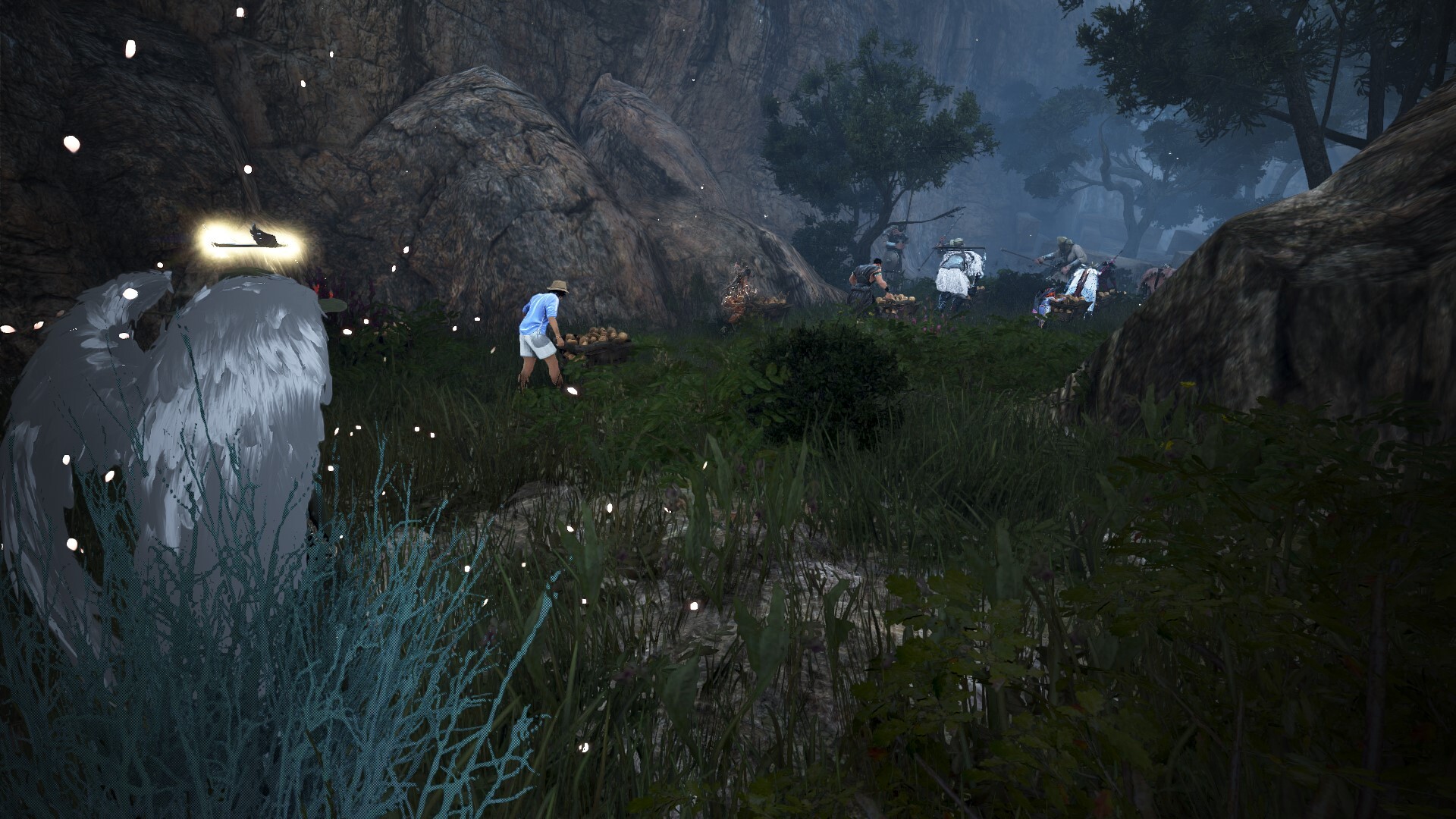 Day 4: The Final Voyage
For the last day of this series, the GMs decided to partake in a bout of boat chaos! We asked adventurers to join us on a sea adventure destined for doom! Do you remember fleeing for your lives from the pirates? Perhaps you remember being a pirate yourself and hunting down the GM ships!
The GMs had fun hosting these events but hope that the Adventurers enjoyed it even more! Thank you for reading the first edition of our GM Blog and we can’t wait to see you at our events in the future!
Keep an eye out for the next GM Blog about the Autumn adventures and until then, safe adventures!
Did you only join Week 1 or Week 2 and want to see the memories you made with the GMs on those weeks?
You can find the week you want below!
GM Blog - Summerfiesta Memories - Week 1
GM Blog - Summerfiesta Memories - Week 2
Want to meet a GM but you never had the opportunity to go to an Event? Don’t worry! See our Maintenance Stream or Official Discord and meet a GM after Maintenance every Wednesday at the indicated location!
View list
3
0 comments