"Yar!" was added. Yar! is a new type of minigame that you can play with others with cards that have images of NPCs you can meet throughout the world of Black Desert. It is a simple game that was inspired by the classic games of poker and yacht.

It's easy to understand the rules after playing it a couple of times. The basics revolve around drawing cards a set number of times each turn in order to assemble the best hand of 5 cards to score the maximum number of points possible. You go back and forth with your opponent, committing hands to accumulate points each turn. Strategic planning and a bit of luck are both important factors in winning a game against another Adventurer in Yar!, so embrace the tides of fortune while trying to outwit your opponent.

We hope you'll enjoy playing Yar! with other Adventurers traveling across distant lands, as well as playing against NPCs in the Black Desert world.

● A new game is gaining popularity among the villagers of the Black Desert world. The game, "Yar!", was introduced to the villagers by a Shai girl named Yar who suddenly appeared in Velia one day.
- The "Yar!" deck consists of cards with symbols of a sun, moon, star, and flower as well as numbers 1(A) to 6.

- Go to ESC (New) Menu > Community (F9) > Yar! to start the game.
- Select the game mode which will determine the types of hands in play and enter the Family Name of your opponent to send an invite. 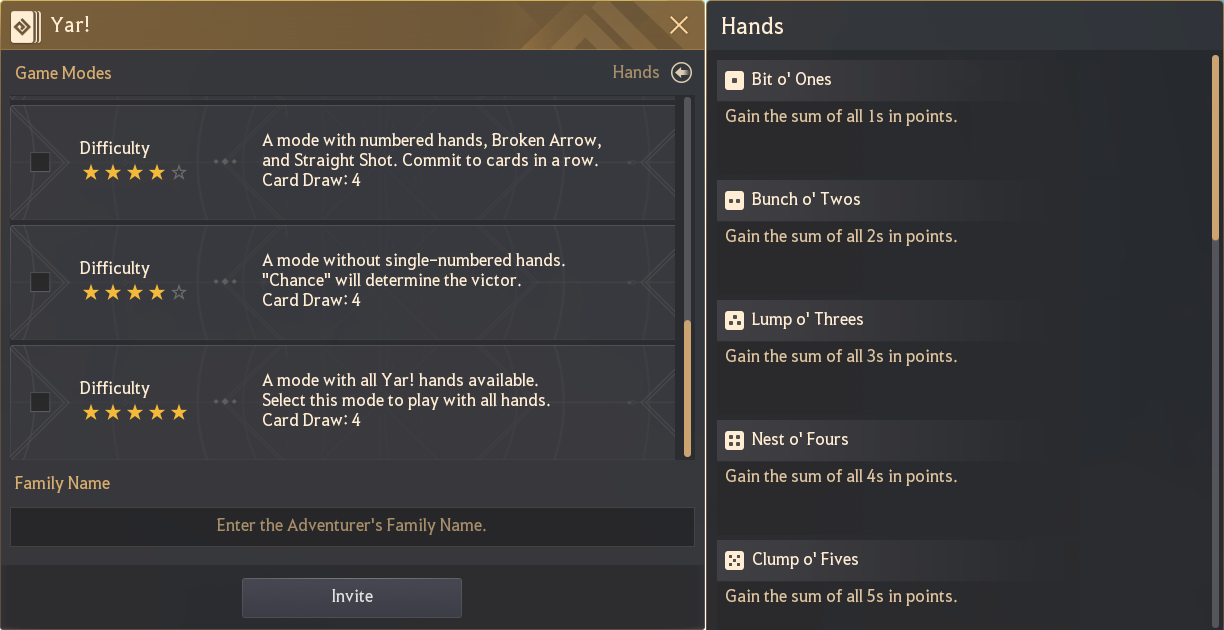 - When your opponent accepts your invite, the "Yar!" minigame begins! 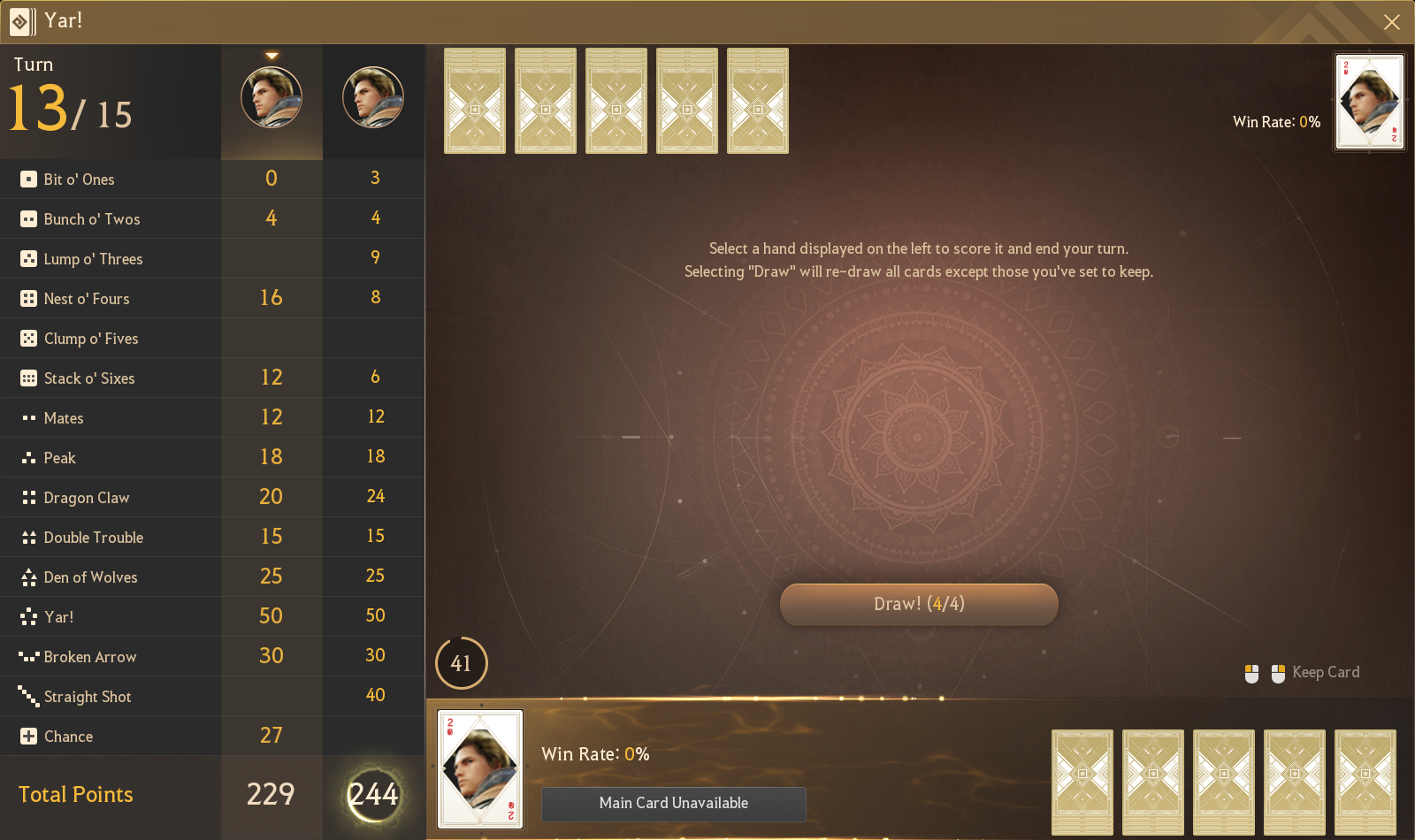 [Yar! in a Nutshell]

"Yar!" is a minigame where you draw cards and score points based on the matching hands.

1. Select "Draw!" on your turn to draw cards up to a set number of times.
- Here, you can select the cards you wish to keep then re-draw the rest.

2. The points each hand will earn you are listed on the left side of the Yar! window.
- Select the hand you want to commit and earn the pertaining points.

3. Take turns with your opponent until you have committed points to all the hands.
The Adventurer with the most points wins!

- The possible hands you can score points for are listed below. When you play the game, you can score each hand only once.
● You can enjoy playing Yar! with some villagers in Velia.
- You can play Yar! with the following NPCs in Velia.
● Added the following titles that can be obtained depending on the total number of victories you’ve achieved against either Adventurers or NPCs.