Today we present the trailer for the Tamer Awakening, the fifth class in our Awakening Series.

Go back in time with Tamer and her mystical beast, Heilang, to learn about her struggles with cruel destiny. Embark on a journey to realize Tamer’s true power and reach her Awakening.

Did you think your Tamer was just a girl-next-door? Once you learn the truth from the Orient, and the weight carried upon her tiny shoulders, you may think again.

At the farthest point of the Orient is a huge island, full of ferocious beasts. A woman, with a newborn in her arms, found herself upon this island, named Haemo, which was almost untouched by human civilization.

She was severely injured, and died while attempting to traverse the forest, leaving the infant alone and defenseless. A beast passing by approached the baby out of curiosity and decided to take care of it. As time passed, the beast grew attached to the infant’s purity of heart, and raised her alongside its own cubs.

As the baby grew into girlhood, the sage of Haemo Island, Hwisa, returned with his Legendary Beast, Heilang. Hwisa had been journeying to find a successor, but returned when it became clear that no one was suited for the task. Intrigued by the little girl, who had been raised by a wild beast, Hwisa decided to take her on as his pupil.

She was not intimidated by the fearsome appearance of the Heilang, due to her childhood amongst wild beasts, and absorbed her master’s teachings naturally.

As she transitioned from a life among beasts, to one among humans, the girl began to question her background and true identity. Though no one had an answer, there was one clue; a woman that had come to Haemo Island with a newborn in her arms. With this single insight into who she was, the little girl decided to step into civilization without her master’s knowledge or guidance.

It took several years for the girl to realize her identity, and the news was far from pleasing. She found herself caught in the turmoil of an exhausting civil war, where a revolt had eradicated the entire royal family. One of the royal handmaidens was able to escape the palace with the youngest princess, and made her way to Haemo Island, an area restricted to travelers.

After learning the truth, the girl decided to return to Haemo island only to find it war torn and ravaged. Her investigation into her past and the truth of her identity must have been detected by a higher power. Hwisa, her mentor, was dead and she grieved his demise deeply, holding a funeral to honor his memory. It would be impossible for her to continue living in this country, so she made ready to leave, placing her most prized possession, the “Celestial Bo Staff”, on her master’s grave.

As she was leaving the foothills, a fluffy, dark shadow appeared in front of her. The shadow turned out to be one of the late mother Heilang’s cubs, and though it was frail, she decided to take it with her on her journey so that she would not be alone.

The duo headed West, enduring hardship along the way. The little girl had to confront the Black Energy, which had been at the heart of the civil war responsible for the death of her family and beloved teacher. After coming close to her death on several occasions, the girl recalled what Hwisa told her when she was much younger:

“The power to shake the heavens shall follow the true master of Heilang.”

Tamer’s attack range has expanded with the use of the Celestial Bo Staff, inflicting critical damage.

Shower the battlefield with even more destructive attacks by teaming up with Heilang. 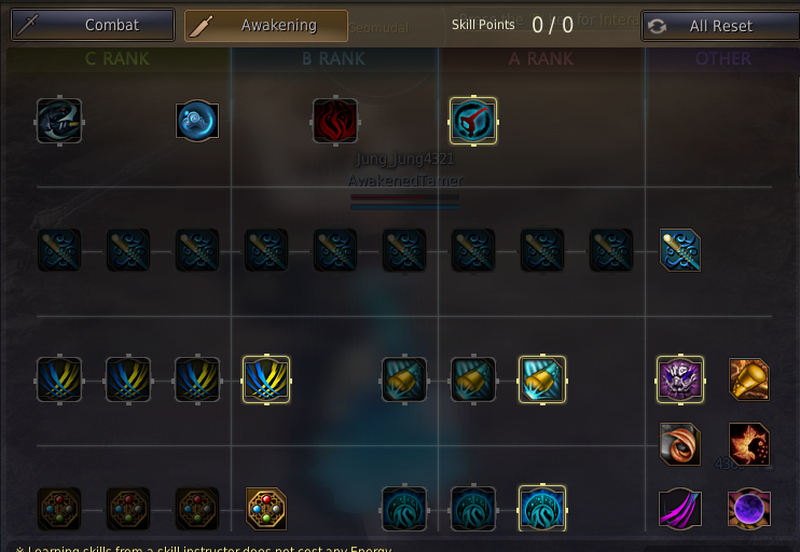 Swift and strong just like Heilang’s footwork, you will successively attack the enemy with the Celestial Bo Staff.

Embrace the energy of White Tiger, Azure Dragon, Black Turtle, and Vermillion Bird to unleash a powerful attack in four directions. With the help of Heilang, each direction will have a different martial arts style.

Damage all the enemies around the Tamer, making them immobile by using the force of the wind. It can also launch the enemy up in the air with Heilang’s powerful attack.

Jump high using the Celestial Bo Staff, and perform a down smash attack. If you learn certain skills, you can use this skill as a quick movement skill by jumping up using the bo staff and approaching the faraway enemy as you come down.

Engage an enemy within close range to perform a surprise attack. You will not be pushed back or fall down while moving with Moonlight Strike.

Heilang goes into an awakening mode for a minute where it takes no damage. After the awakening mode, Heilang will automatically disappear.

You have to be Lv. 56 or higher to be able to accept Tamer’s awakening weapon quest.

Witness the embodiment of King Heilang at the highest point of Balenos Mountains, and become the true master of Heilang, The journey starts with “Princess of the Fallen Kingdom, Master of Heilang.”

There are seven main quests, which include 3 ordeals.

The quests should not be too difficult if you have no problem handling the monsters in Mediah. Upon completing the quest, you will get the Tamer’s awakening weapon Celestial Bo Staff with an awakening skill. 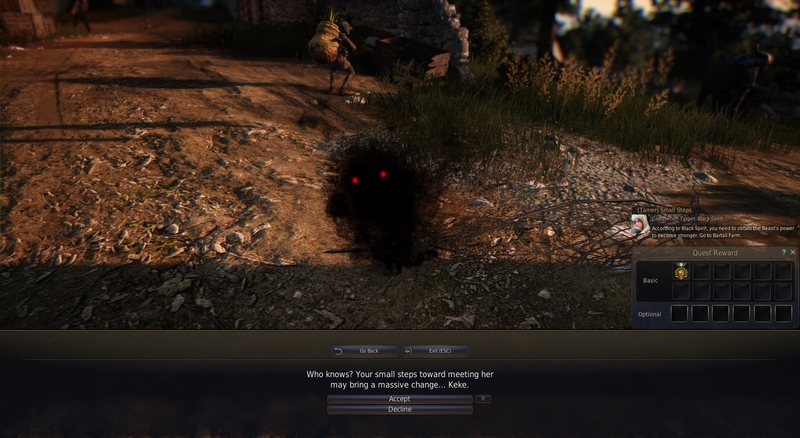 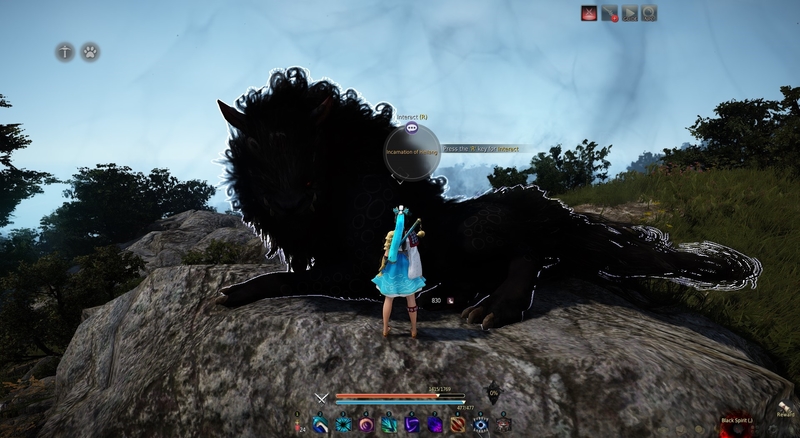 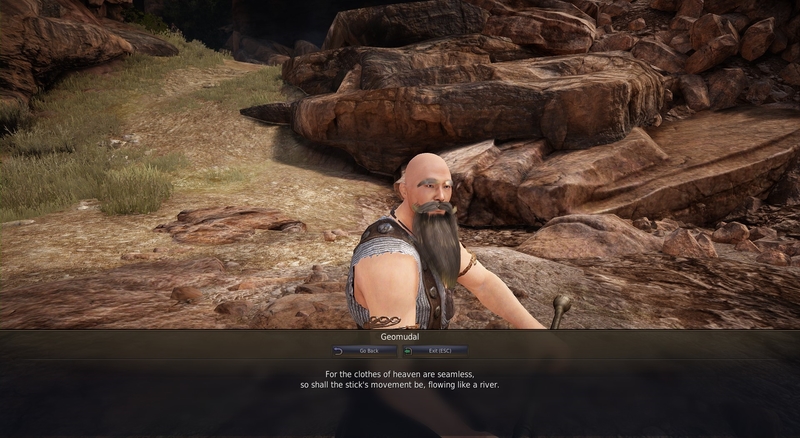 The Celestial Bo Staff arrives in Black Desert on October 26, 2016.

Tamers, the wait is over. 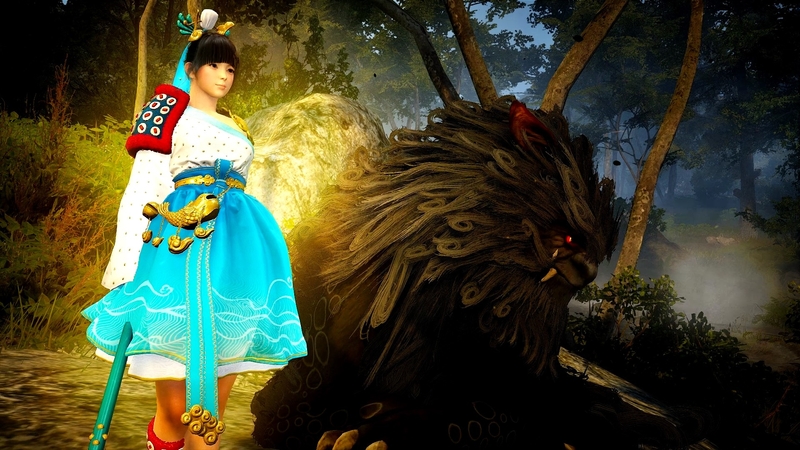 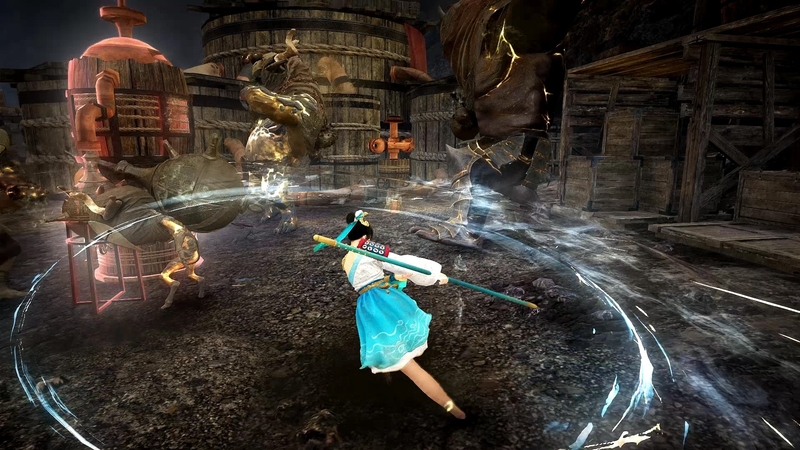 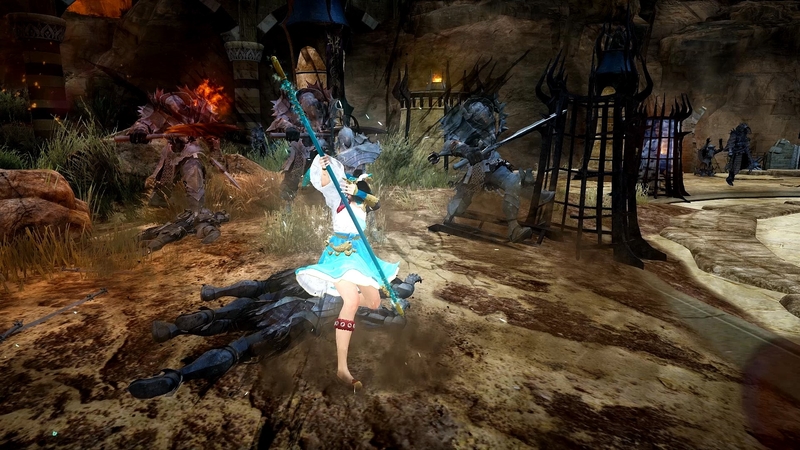 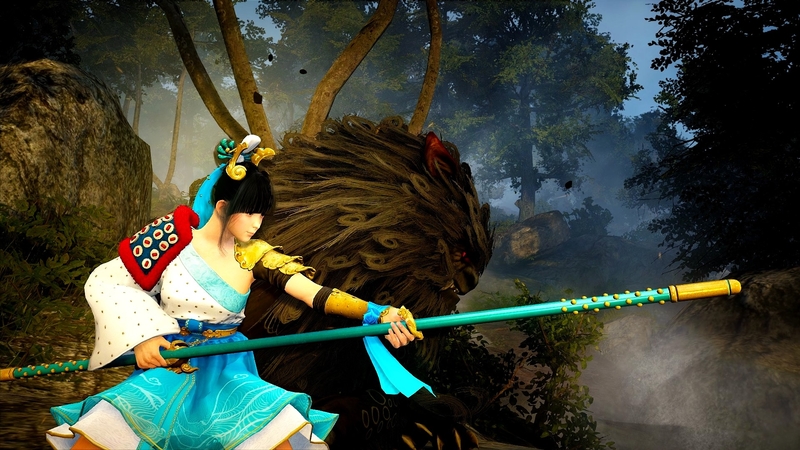