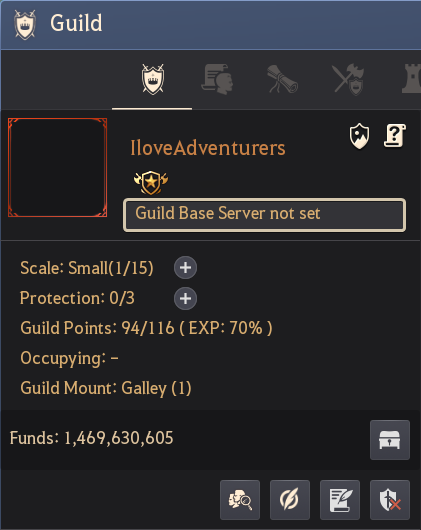 - All guild members will be able to see the guild base server selected by the Guild Master when logging in or on the Server Change window.
- Selecting a base server will eliminate the waiting time (10 min) when moving between a server group's channels.
- With the addition of guild base servers, the names of certain servers have been changed.

* Moving from a base server group to another server group, or vice versa, will still apply the original waiting time (10 min) as before.