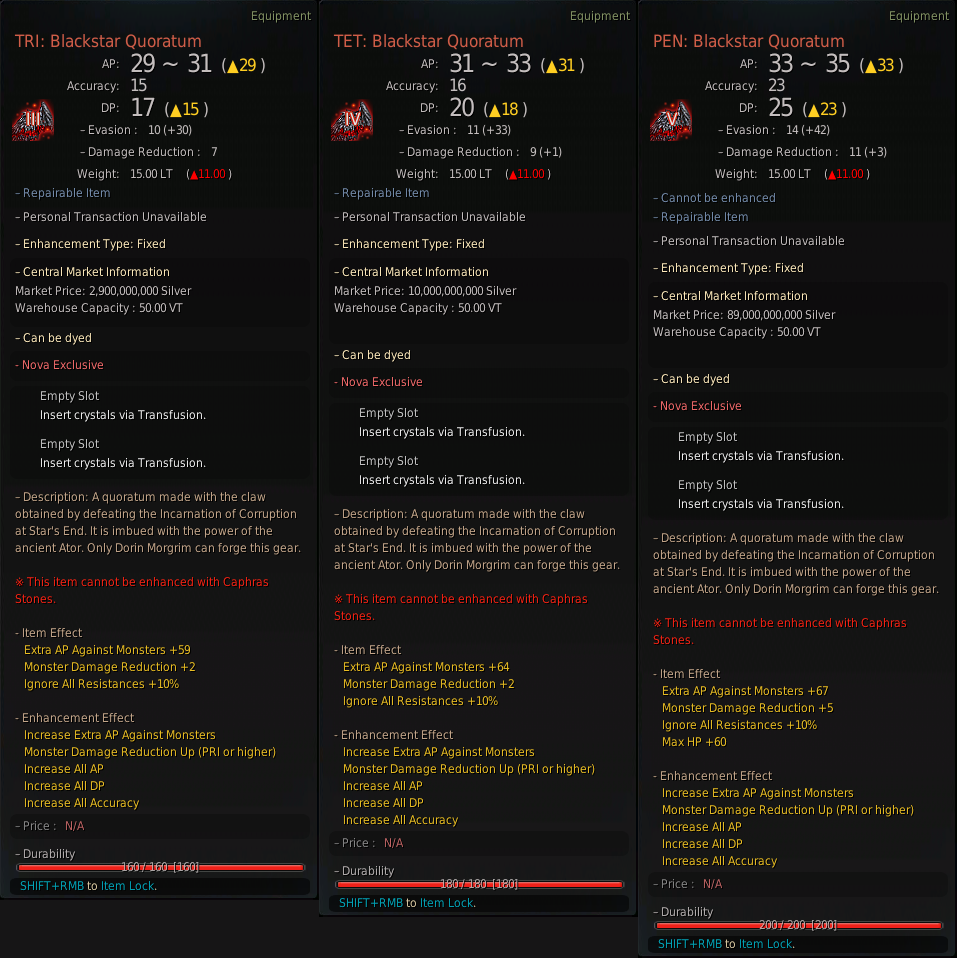 * The Central Market registered price changes for Blackstar sub-weapons will be updated sooner than for other gear-type items for a week after maintenance on Apr 6, 2022 (Wed).
● Added a questline for crafting Blackstar sub-weapons.
- The questline for crafting Blackstar sub-weapons can only be completed once per character.
- To begin the questline for crafting a Blackstar sub-weapon, you must have Remnants of the Rift, which you can obtain at a low probability from a Dark Rift, "The Three Legendary Blacksmiths of Mediah" Knowledge, and a special material, Specter's Energy. You can obtain Specter's Energy at a low probability in monster zones throughout the world of Black Desert, but there is a slightly higher chance of them dropping in Thornwood Forest.
* You can check out the locations where you can obtain Specter's Energy from the Item Drop UI in-game.
- You can obtain Remnants of the Rift according to a low probability when defeating Dark Rift bosses.
- You can acquire the "The Three Legendary Blacksmiths of Mediah" Knowledge by accepting and completing the "The Three Blacksmiths" questline that begins from Tulem, after completing the revamped Mediah main questline with a Lv. 56 or higher character. Adventurers who've already completed the questline can acquire the Knowledge by interacting with Tulem.
- There's a Crossroads quest in the middle of the questline. Experienced Adventurers can fight against powerful bosses while regular Adventurers can fight against weakened bosses to complete the quest.