Altar of Blood was added.

Altar of Blood was added.

As announced at the Heidel Ball, Altar of Blood is a 3 player party defense mode.

After its introduction at the Global Lab, many adventurers gave various feedback on the Altar of Blood. Many found the use of their own characters and skills to be positive, which allowed for a variety of co-op strategies.

There were also feedback on the difficulty of the mode, questions on what will happen to the Altar of Training, and many others. We will continue to better the mode based on the precious feedback you send our way.

We plan to add a more variety of PVE content, like the Altar of Blood. Currently, one of the only places where you can make use of a fully geared character is out in the field fighting monsters. We aim to add more places for you to feel the satisfaction of making use of your hard-earned gear.

According to records, the Altar of Blood is where sacrificial rituals to Kzarka were performed in ancient times, but was never seen again after it was sealed with the Gem of Balance.

However, Yaz and Orwen of the Secret Guards discovered the last traces of Caphras, the immortal alchemist, in the rubble of a house in Star's End, which in turn led to the uncovering of the secret altar that was hidden within the ash fog of the Blackstar.

The Altar of Blood is a 3 player party mode where you need to coordinate with each other to defend the relic from monsters charging in from all directions.

You can also enter the Altar of Blood through matchmaking, which will match you with other random players on the same server.

In order to join the Altar of Blood without forming a party beforehand, simply click on the button in the ESC menu or pop-up banner to enter the Altar of Blood and you will be randomly matched into a party with 2 other adventurers.

Please note there may be some waiting time for you to be matched into a party.

The party leader can press the Enter button in the ESC menu to enter the Altar of Blood. 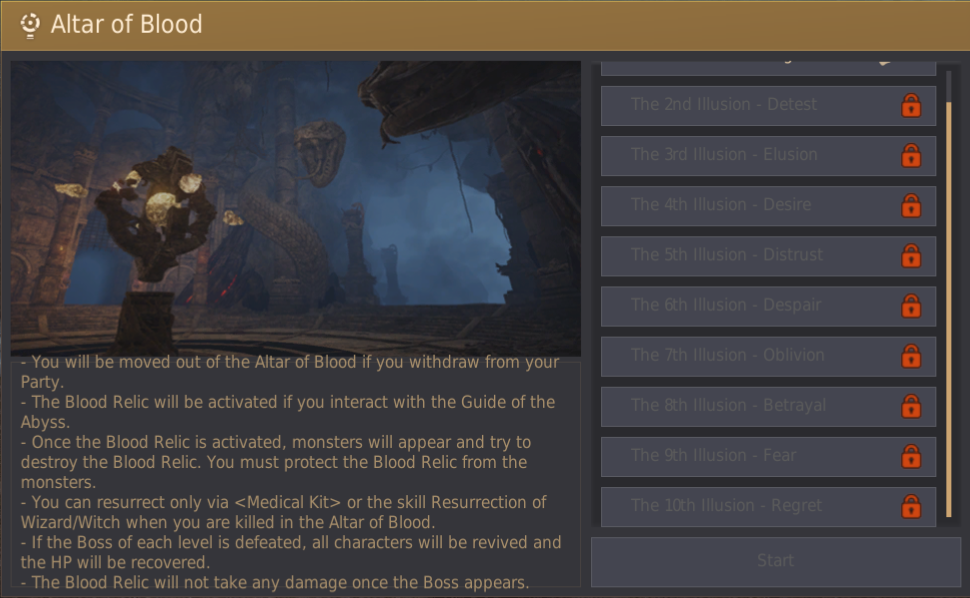 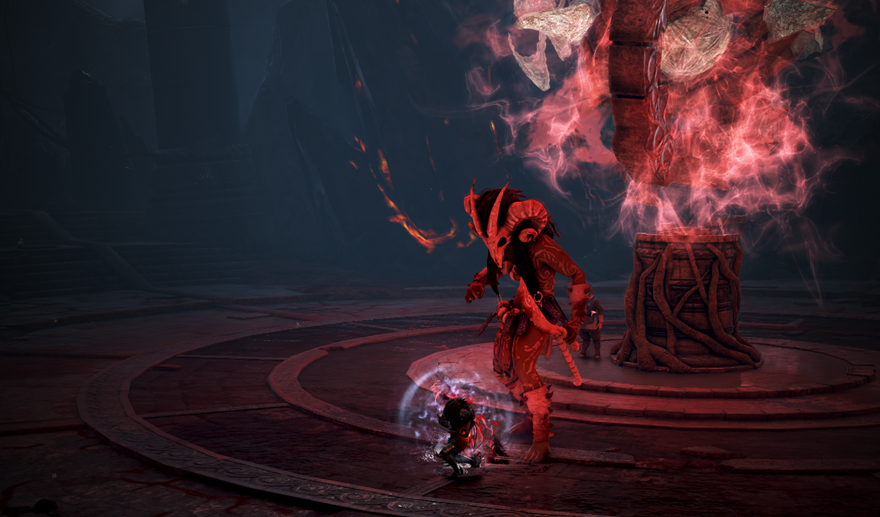 The type of item you receive depends on the grade of the defense gear box.