The watch towers in Hystria Ruins 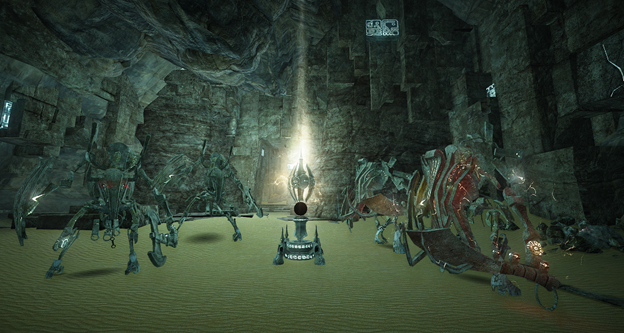 - Destroying the watch tower will establish an alert level by scanning the intruder.

- Depending on the intruder's threat level, alert levels can be set to either 1, 2, and final level.

- Depending on the stage, ancient weapon monsters will appear to remove the intruder.