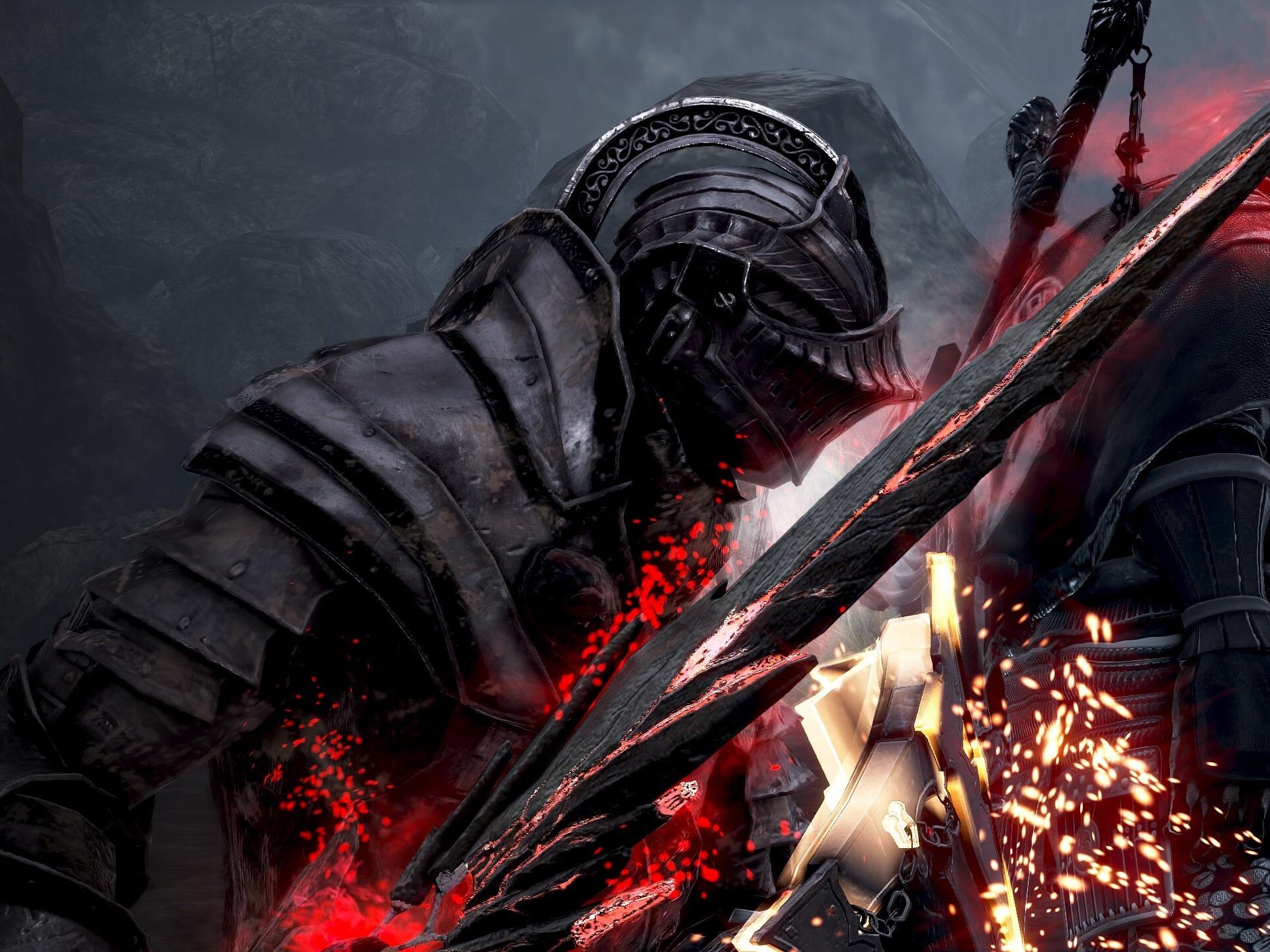 Last weekend, the first of many gruesome battles were held as the Arena of Arsha: Best-in-Class Championship began. Though all champions fought valiantly, one match shocked even the participants themselves as MorrolanTV won his first preliminary round -- the lone Succession Warrior in a sea of Awakening foes.

We approached MorrolanTV for an interview this week to get his feelings on how the battle went down!

Q1: You seemed particularly thrilled to win this first match -- especially against an Awakened Warrior, which you expressed doubt at being able to beat as a Succession competitor. What was the most unexpected or exciting moment of this match for you?

A: The whole match was one unexpected moment after the other. I had a pretty bad start, and the fact that I was still able to land the first grab and force him to V was surprising to both of us. After we both missed the second time around and traded some damage, I knew I had the gear to kill him in one combo, so I would say the most exciting moment was landing the second grab and getting that "this is it" feeling watching his health bar chunk away.

Q2: What do you feel is the biggest challenge fighting Awakening Warriors as a Succession Warrior player? Do you anticipate that this will be an issue in future match-ups?

A: There's a reason I'm the only Succ warrior who bothered to sign up for the tournament. Awakening has several advantages - a larger variety of CC, which means both more options to engage AND less chance that a resist will ruin your combo, better slows, better addons, way more animation cancels, shorter cooldown on grab, and an iframe that can be used every TWO seconds instead of FIVE, which is absolutely massive. I actually "downgraded" my Succession grab to the regular one just so that I could match the cooldown of awakened warriors for this tournament. All of these things will for sure be a liability against other opponents, but Succ is my thing so I'm gonna stick with it and see how far we can get.

Q3: Who do you feel is your biggest competition still remaining in the bracket?

A: I'm honestly pretty terrified at pretty much everyone who is still in the tournament. Warrior has always been a big ego class with EXTREMELY talented players. I've seen particularly nasty PvP compilations from Sphierro and Goldsteinburg on Youtube. For my next match against Sonii, I already went to his twitch page (BiceptimusPrime) and checked out his gear - at 310/390 AP/DP, it's possible I will not be able to kill him in one combo, but he will certainly be able to one combo me.

Q4: If you could go toe-to-toe with a competitor in the EU bracket (Warrior or any class), who would you choose and why?

A: Obviously I would fight Shortcakes (Greatglory aka Snowlav) from the Shai bracket. Someone has to stop these tiny fiends from terrorizing the countryside.

Q5: Why "Warrior" for you? What's your favorite thing about this class, and what brings you back to continue playing it?

A: Preawakened warrior was my favorite combat in BDO. I love being able to charge right into the action, single out a specific target, and narrowly escape with a sliver of health. Succ warrior is a bit of nostalgia from the old days, and also just a bit of an underdog thing. There are already a lot of really well known, really high skilled Awakened warriors, so playing Succ is a way to stand out on a much less popular spec. Warrior is the oldest class in the game, and while that sometimes comes with disadvantages in terms of performance, it has a certain flavor & soul from the early days of BDO that is still very unique compared to the classes that came after it.

Q6: Lastly: If you were to win it all and become the NA Warrior Champion, how would you most want to spend that 30,000 Pearl prize?

A: I'm going to spend it all on costumes, extract them for cron stones, and gamble the entire fortune enhancing Distortion earrings.

Thank you so much to MorrolanTV for both the interview and a valiant performance thus far!

You can follow MorrolanTV on his continuing Black Desert adventures here:

Stay tuned for even more class spotlights with other Best-in-Class challengers fighting their way up the brackets.

Have any bets on who will win it all? Discuss in the comments below!

So bad he quit Black Desert bcs of the company itself.

Good job to bring him back Pearl Abyss