Dernière modification : 2 févr. 2023, 14:17 (UTC)
This is the menu window that you use when you’re shutting down the client or changing to another character. You can access it from the main menu (hotkey: Esc). 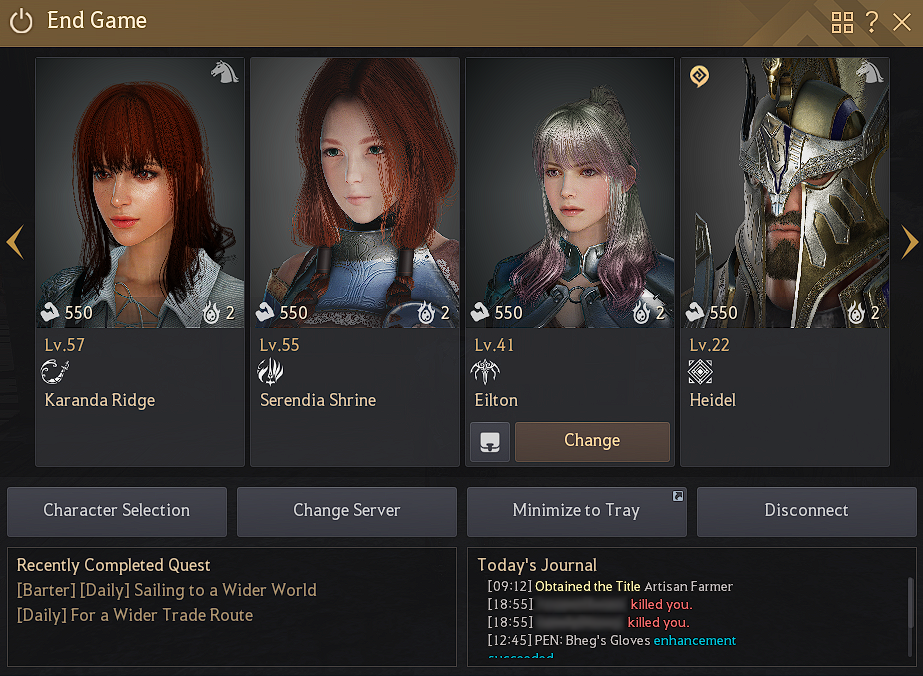 • Character Selection
This button lets you go back to the character selection window. It is used when you’re moving from one character to another while on the same server, or when you are going to create a new character.
It is also useful in cases where you need to do a quick relog of your character to update the visibility of different possible feature & event rewards, and Pearl Shop offers.
• Change Server
It opens the server list, and allows you to change the server you’re playing on. After you’ve changed the server you’re playing on, you need to wait 10 minutes to change to another server.
• Minimize to Tray

Useful for when you want to stop actively playing the game but want it still open and quickly accessible, be it because you want ongoing processes like workers, crafting and farms to keep progressing, or simply because you are busy with something else.

It sends the game to your PC’s system tray, where certain programs continue to run in the background, such as the system clock.

When sent to the system tray, Black Desert will minimize its use of resources to the bare minimum necessary to keep the game active. Once sent to the tray, you can find Black Desert’s icon in that part of your PC’s taskbar (location differs between OS; found in the bottom right part in Windows) and upon clicking it the game will fully open again.

You can assign a hotkey to the function by pressing Alt + LMB on the button.

• Disconnect
It exits the game client. 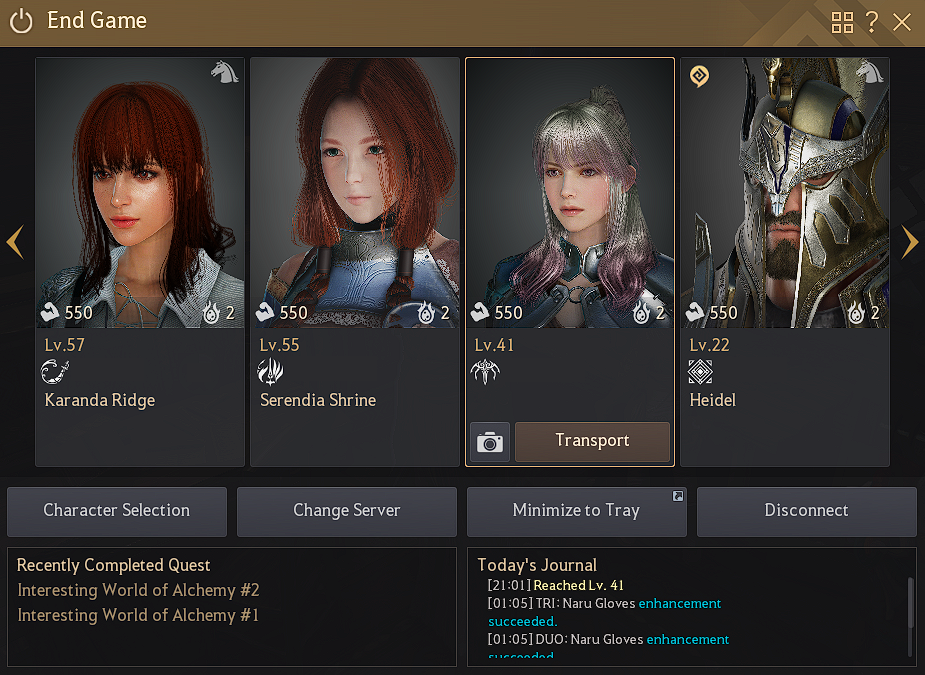 You can change your character without going through the character selection window.

Here you can check the status and the location of the character that you want to change to. When the character is carrying out a certain action, like resting on a bed, reading a book, self-repairing, or being transported, the character will continue carrying out this action until the next login.

You can move to any character that is above level 5.

• Transport
This option transports the character you’re currently playing on to an already known town. You have to change to another character when you’re transporting a character, and if you connect to a character that is being transported while the action is ongoing, it will be canceled. 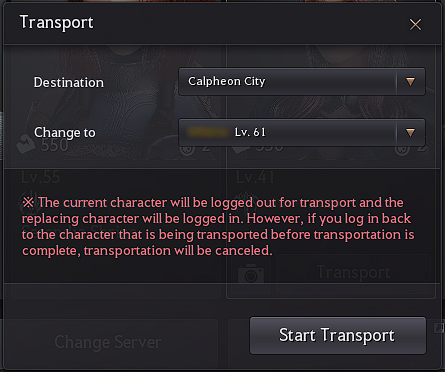 When you press the Change Character Order button, a ▲▼ button appears to the right of all your characters. You can change the character position up and down using this button.

You can decorate the characters’ portraits that pop up when you access the exit game window.
The pictures used there are saved in the My Documents – Black Desert – FaceTexture folder.
You can press the F4 key to open the customization screen and change the portrait of your character there.

Once you’ve finished customizing the character’s appearance, press the Take Portrait button located on top left corner and change the portrait of a character.

You can see that the character’s portrait has changed in the exit game window. 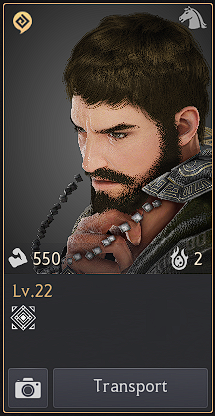 This option, found next to the Change Character Order button, can be used to hide your login status from other Adventurers.

Keep in mind that you can be restricted from using the guild / friend invite and other functions while in privacy mode.

You will appear offline to friends, guild members, and others in most functions while the mode is active.

Still, system messages will display your name if you kill or get killed in PvP, even with the mode activated.

System messages for cases such as enhancement will display your name as “Unknown Adventurer.”

* The content of the game guide may differ from the actual game content, depending on the update and content changes.
Demander une modification du Guide de l'aventurier
Exit Game