Adventurers will find <Ancient Weapons> such as Damaged Pirashes, Damaged Lykins and Damaged Kurebas within the ruins that have lost their powers while defending the place against the threats from Protty Cave and outside invaders.

They are heavily damaged and are no longer able to use their powerful attacks,

but they still pose a substantial threat to Adventurers.

There are scores of them to contend with, so let your guard down for even a moment and you’re likely to face an endless onslaught and a surefire death.

The entrance to Sycraia Underwater Ruins can be difficult to find for first-time visitors. You’ll need to find the location shown in the world map (Hotkey: M) below. 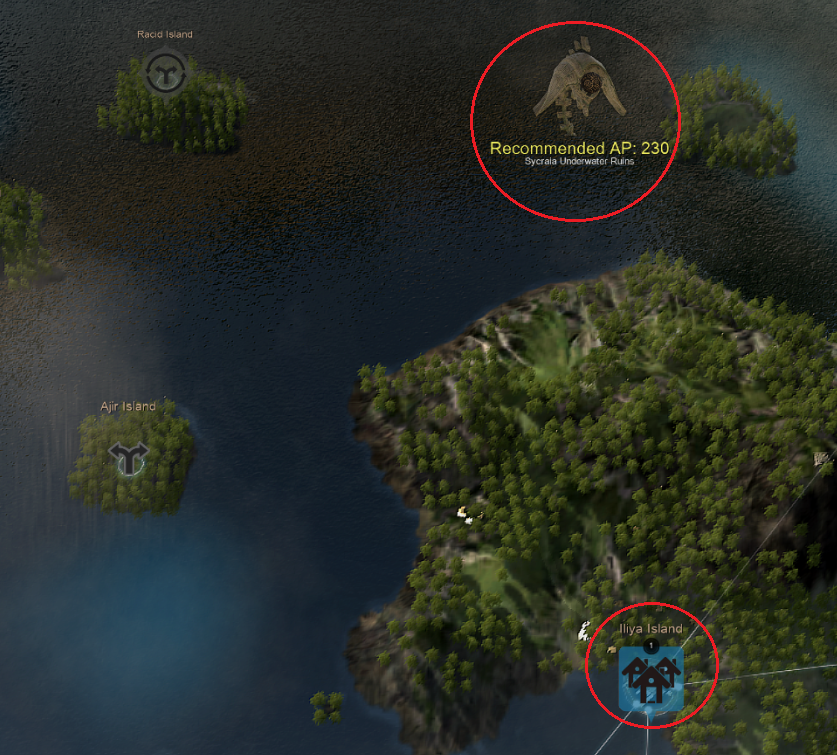 ▲ Location of Sycraia Underwater Ruins in the world map.

Go to the location marked in the world map, then you need to dive underwater to find the entrance.

There are four entrances to the Sycraia Underwater Ruins: North, South, East, and West.

If you’re having a hard time finding an entrance, don’t forget to come back up for air before continuing your search.

Also note that if you try to enter the ruins through any other way than these four entrances, you will be blocked by a force field.

You can recover Stamina by pressing “Q” while floating above the water.

Of course, the preferred way of reaching this location would be by ship, as you will be able to simply return to the ship and recover if you start to run low on stamina or breath. 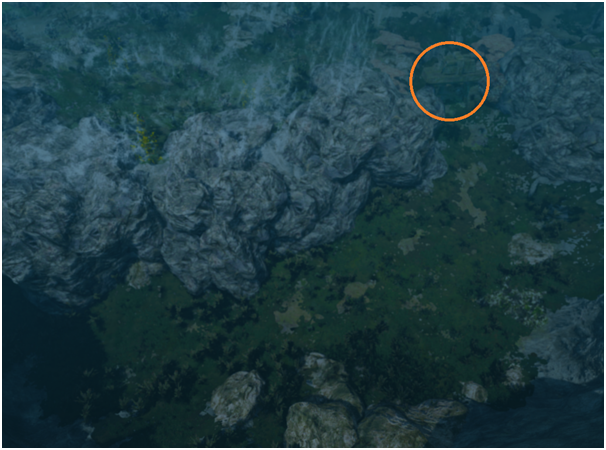 ▲ This is what the entrance to the Upper Zone of Sycraia Underwater Ruins looks like from a distance. 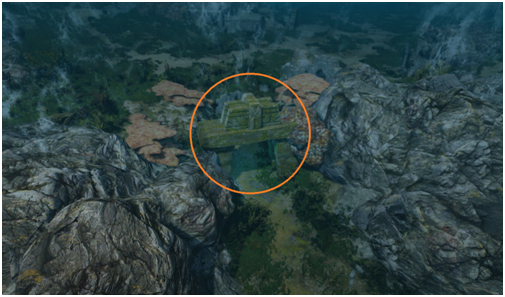 ▲  What The entrance to the Upper Zone of Sycraia Underwater Ruins looks like from a distance. 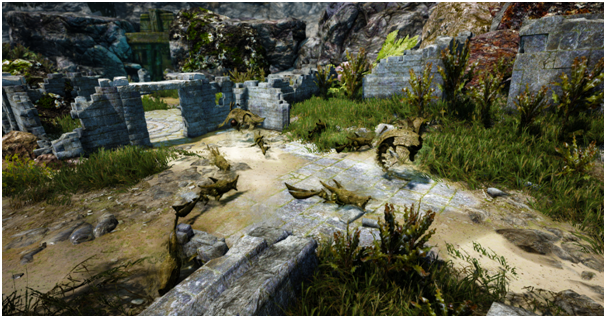 ▲ The view inside the Upper Zone of Sycraia Underwater Ruins.

Monsters are commonly around Lv. 60

All monsters in the Upper Zone of Sycraia Underwater Ruins are melee.

- There is a huge amount of Damaged Pirash in the Upper Zone.

You need to be careful of the Damaged Pirash as you will pull a large group of them by just hitting one of them. 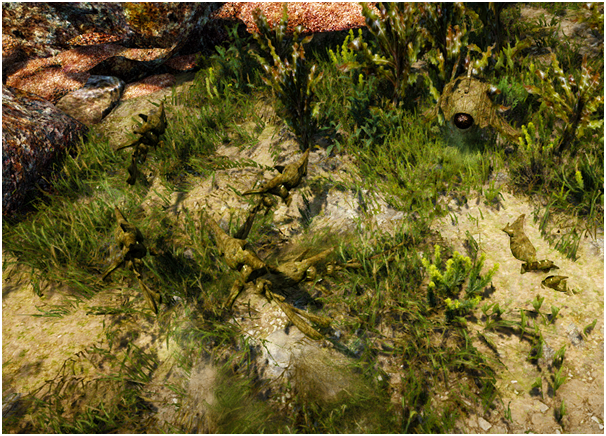 ▲ It may not seem like there is a lot Damaged Pirash here, but a horde of them will come rushing at you if you’re not careful!

- Damaged Lykin and Damaged Kureba sometimes use their powerful attacks to knock Adventurers down.

Adventurers may need to dodge their attacks to stay out of trouble.

- Tons of these monsters are clumped together so you can dish out punishment en masse!

- You will not be able to bring a horse to carry your items so more careful item management may be necessary.

If you are fully decked out in boss gear and have decent accessories, you should have no problem demolishing the monsters here.

However, there are a few inconveniences that exist as it is located offshore. That is a major reason why Adventurers tend not to crowd here too much.

That also means that you can have a great time plowing through monsters here as it is unlikely for you to bump into many other people here.

- Always be careful of Damaged Pirash. Hitting one of them will immediately aggro any others nearby.

They telegraph their these attacks, so it’s best to recognize this early and react to it before it destroys you.

This hunting ground is fairly wide, so try coming up with your own efficient route.

Also, you cannot see where you are in the world map so you will need to use the objects in the surrounding area to navigate. Just keep at it till you memorize an easy route to follow.

Be sure to be well prepared before heading out here as you will be very far from shore.

Fragment of the Deep Sea

However, the monsters that drop this valuable loot are formidable. You will not only need high AP, but high DP as well to withstand their beating.