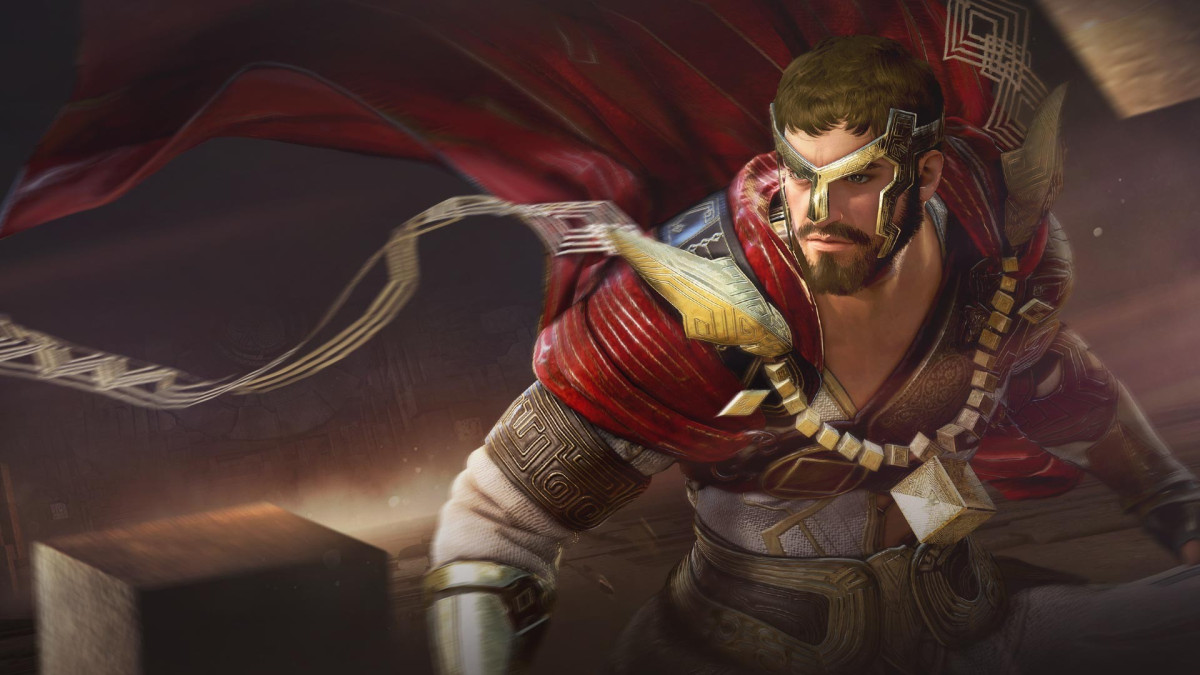 This was what he concluded the moment he witnessed it. On a night where bleak darkness devoured every trace of starlight, a mysterious red star, never-before-seen, glimmered alone within the constellation of the Sealing Stone in the northern region of the sky.

“We must all unite to prepare for the coming calamity. Otherwise, all that awaits us is annihilation!”

Nicknamed the "Oddball of the Ivory Tower" for his eccentric ideas, he appeared before the masses for the first time. In a blink of an eye, a crowd formed before him as he revealed the existence of the invaders he had long studied and tracked.

“I've seen with my own eyes the comet that orbits the North Star. A comet bearing blood-eyed, dark beings that promise destruction.
That's right. The fell invaders foretold in the Revelations of Margahan are coming.
Three days is all they will need to reduce this glorious kingdom into nothing more than ash!”

But even the appearance of a mysterious comet was not enough to evoke fear in the people blessed by the bountiful Agris River.
They had been lulled into the illusion of eternal abundance by the bountiful grain that lined every warehouse and the aroma of wine that accompanied every meal, despite knowing that eternal life and endless bounty did not exist in this world.
They had lost themselves in their daily, honeyed prosperity.

“Hear me! That which none have laid eyes on before is coming. Pay heed to what my creation - made with my very own hands - has allowed me to witness! Believe what my astronomical telescope, Atorarkiaka, has revealed!”

But before he could continue his speech, he was imprisoned for dissent. Confined to the very prison he had designed, which none had ever escaped, he set aside his sorrow for the kingdom set on the path of ruin.
Then, on a night when only a sliver of moonlight shone through the bars, he vanished without a trace… except for a letter contained in a small cube he left behind.

“Foolish citizens...
When the comet descends and the invaders bring ruin to this world...
When the temples collapse and the Ivory Tower burns, and your tears of regret wash over the split earth...
I will come to save you all.”

And so, after exactly 49 years, the comet—with its invaders in tow—fell upon the world. The temples collapsed, the Ivory Tower burned, and the earth split open.
As the people shed tears of regret, they looked for his return.
And yet, he did not come to save them.

◈ The One Who Returned

I was asked for my name, but I couldn’t give an answer.
It was at that moment I realized that only my memories connected me to my past, present, and even my future.

And yet, within a glimpse of scattered memories, hazy recollections come to mind.

Kabuanian Year 286
On a particularly bright and sunlit spring day, I stood atop a podium.
My intellect astounded a countless number of youthful eyes that had gathered before me.
Then... then a pitch-black sky. Ashen winds. Blood-filled screams.
The eyes of all life in the world were stained red, but my eyes soon regained their golden light.
And I found myself with youth that seemed eternal.

Kabuanian Year 381
On a summer day where even a single breeze felt precious, the flowers in the kingdom of Edana had still yet to wilt.

While my body—fit to lead an entire civilization—was still young and magnificent, my mind was gradually crumbling away.
Then, the blood-eyed being in my head bid me farewell, and my body slowly welcomed death.

After an unknown length of time, I was leisurely reading in the library of an ivory tower.

“Forty-nine suns will rain down from the heavens, and he will return of his own accord to complete the final destiny.”

Suddenly, from my left, a bronze mirror reflected its light upon me. And then… the sounds of increasingly ragged breathing and a wild heartbeat, like a horse startled by a bear.

Kabuanian Year 237
On an autumn day where fallen leaves rustle with passing footfalls, I was still alive.
But soon, I would have no choice except to promise to the world that I would return again.

And so, the unstoppable and immense passage of time moved forward.

Elionian Year 286
In a place shrouded by eternal winter, I was still alive, and I would live on.

The past is not the cause of the future, and the future is not the result of the past. Only I could decide my fate and write the final ending.
My light will pierce through the never-ending darkness.

And now, I will answer the world’s question.

“My name is Rux Maha Dehkia, and…”