Red Battlefield is a PvP content that everyone above level 50 can enjoy.

You can join the Red Battlefield anywhere since Karma or if you joined a guild or not does not matter.

You can join the Battlefield in another server when the waiting time in changing server is not applied.

▲ Check the Red Battlefield Status and choose a server to join.

You can join the Red Battlefield in channels where there is no Conquest War taking place.

If 10 minutes passes after it starts, you can’t join the Red Battlefield. You’ll have to wait for the battle end and another battle to start.

You’ll be teleported to the Red Battlefield when the battle starts. If you leave the area or the game ends, you’ll be transported back to where you were. If 10 minutes haven’t passed since the war started, you can join the battle again.

▲ You’ll be transported to the Red Battlefield if you apply, and your team will be decided. 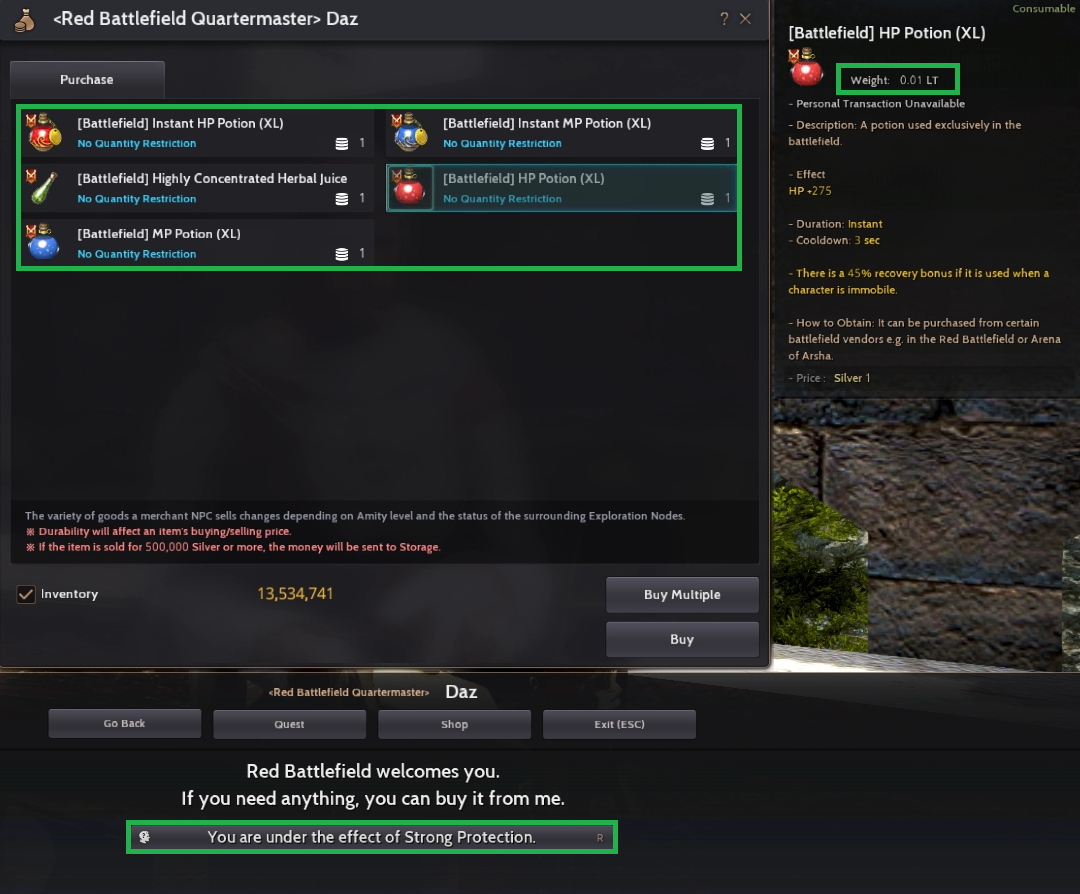 The potion only costs 1 silver coin and weighs 0. Also, if you interact with the NPC, a button that says ‘Effect of Strong Protection’ appears. When you lick this, you’ll get Evasion Up and Damage Reduction Increase effect for about 20 seconds. (You’ll be almost invincible for 20 seconds since it’s very powerful)

This NPC will also give you a daily quest. If you complete it, you’ll get energy recovery +200 and 3 Red Seals. 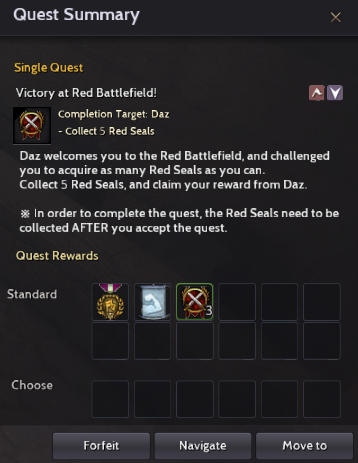 You can get Red Seals after the battle ends, and the number of Red Seals you can get differs depending on if your team won or lost the battle.

You can exchange it with a reward when you have a certain number of Red Seals.

If you collect 80 Red Seals, you can exchange them with a Red Essence through the Arms Dealer NPC Ornella in the Heidel city.