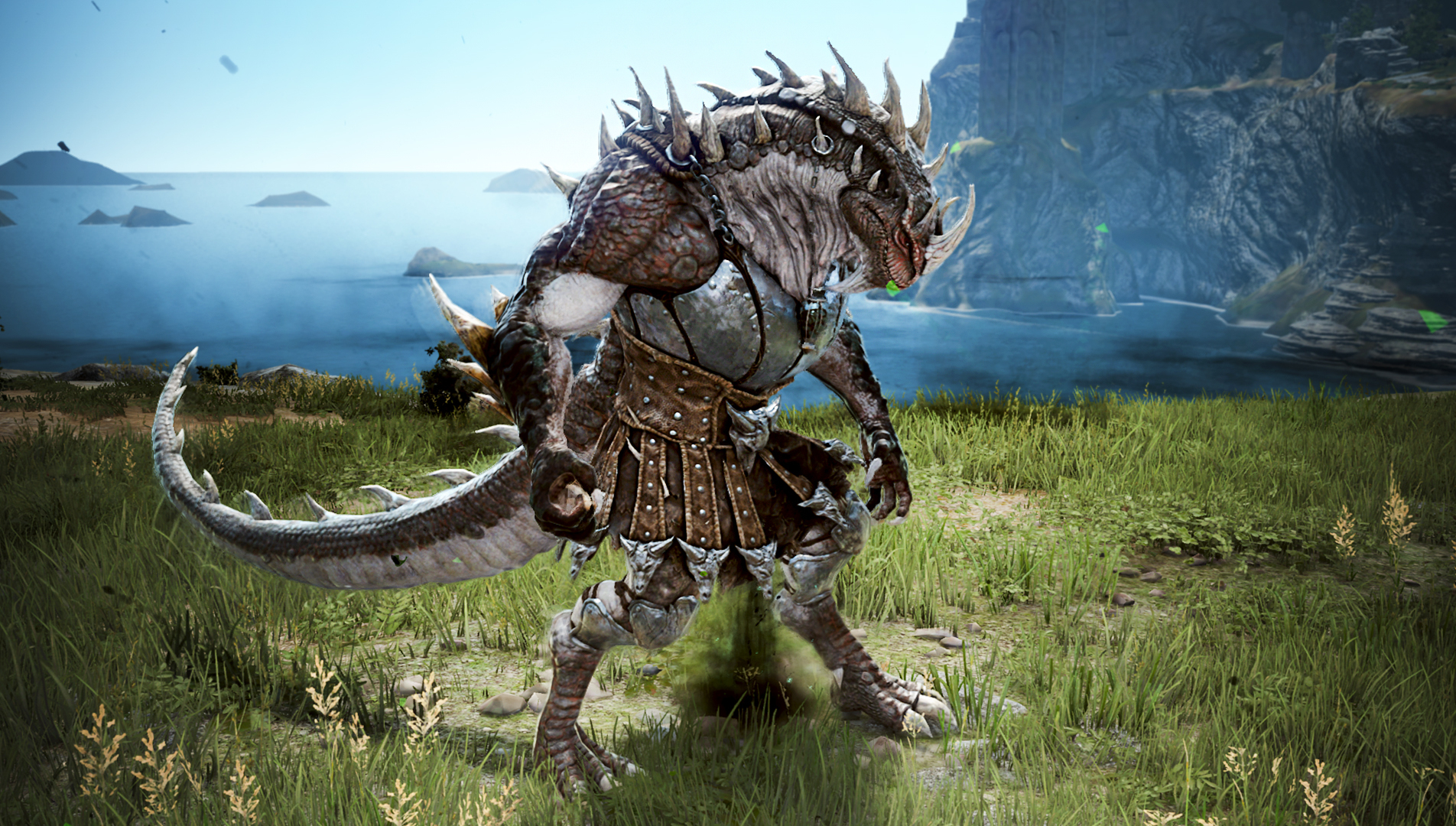 You can use the Rift’s Echo, a season server-exclusive boss summon scroll.

You can acquire Rift’s Fragments from defeating monsters to be combined into Rift’s Echoes. 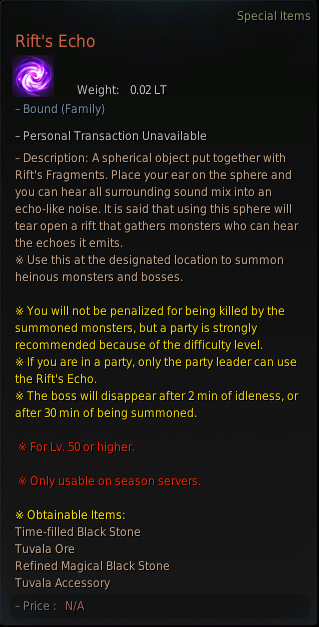 Using these items at a designated location on the season servers will spawn “Violent” boss monsters. Once defeated, they will reward your season character with gear and materials useful for their progression.

There are three stages to each Rift’s Echo, and after the first two stages are complete, there’s a chance to spawn a special monster for the third and final stage. Defeating these monsters within a certain time frame will reward you with additional rewards.

A special “Violent” monster can appear in the third stage of the Rift’s Echo, which has a chance to drop better loot as well.

Soloing a Rift’s Echo is extremely difficult, so we recommend using the Find Party/Platoon function available in your menu under Community (F8) or on your screen below your health bar to find a group of five like-minded Adventurers to proceed together. 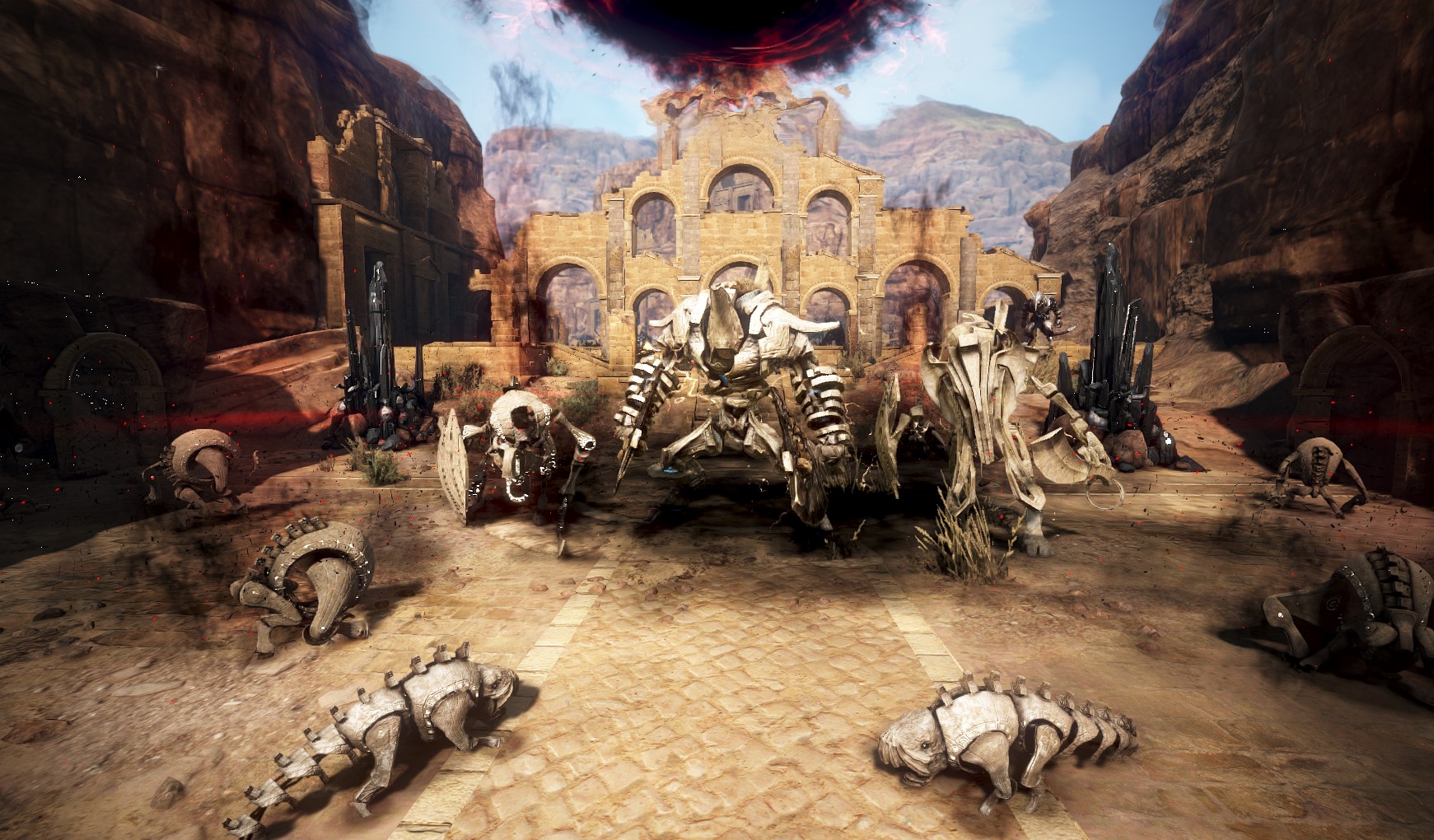 Ancient Weapon invasions have a random chance of occurring when you are defeating monsters in Mediah and Valencia territories on the season server.

Once an Ancient Weapon invasion begins, the event area will darken as a system warning message will display, and after five minutes, a horde of Ancient Weapons will appear.

The greater the number of Adventurers in the vicinity, the more Ancient Weapons will spawn, which will also increase the number of possible rewards.

Upon defeating all Ancient Weapons and the final boss monster, you can obtain the following rewards.

- Can obtain Tuvala Accessory enhanced up to DUO (II).

Dying to Ancient Weapons may cause you to take certain penalties from death. 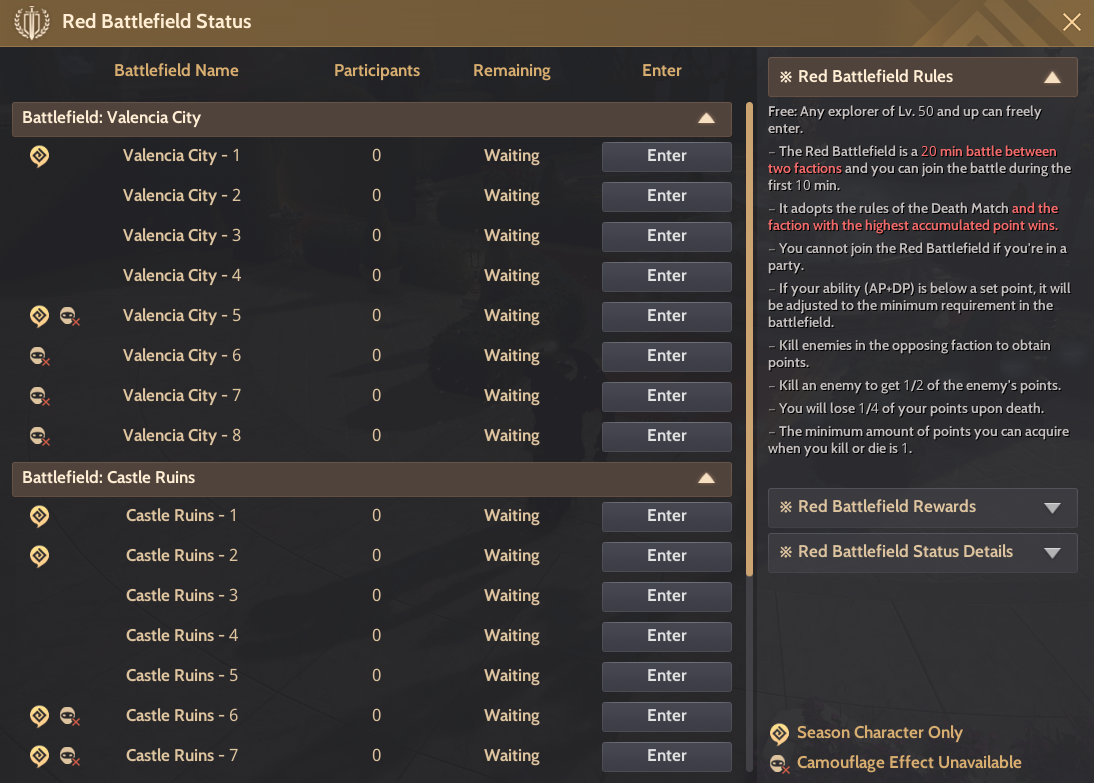 Since only season characters are allowed entry, most Adventurers will be around the same gear level. 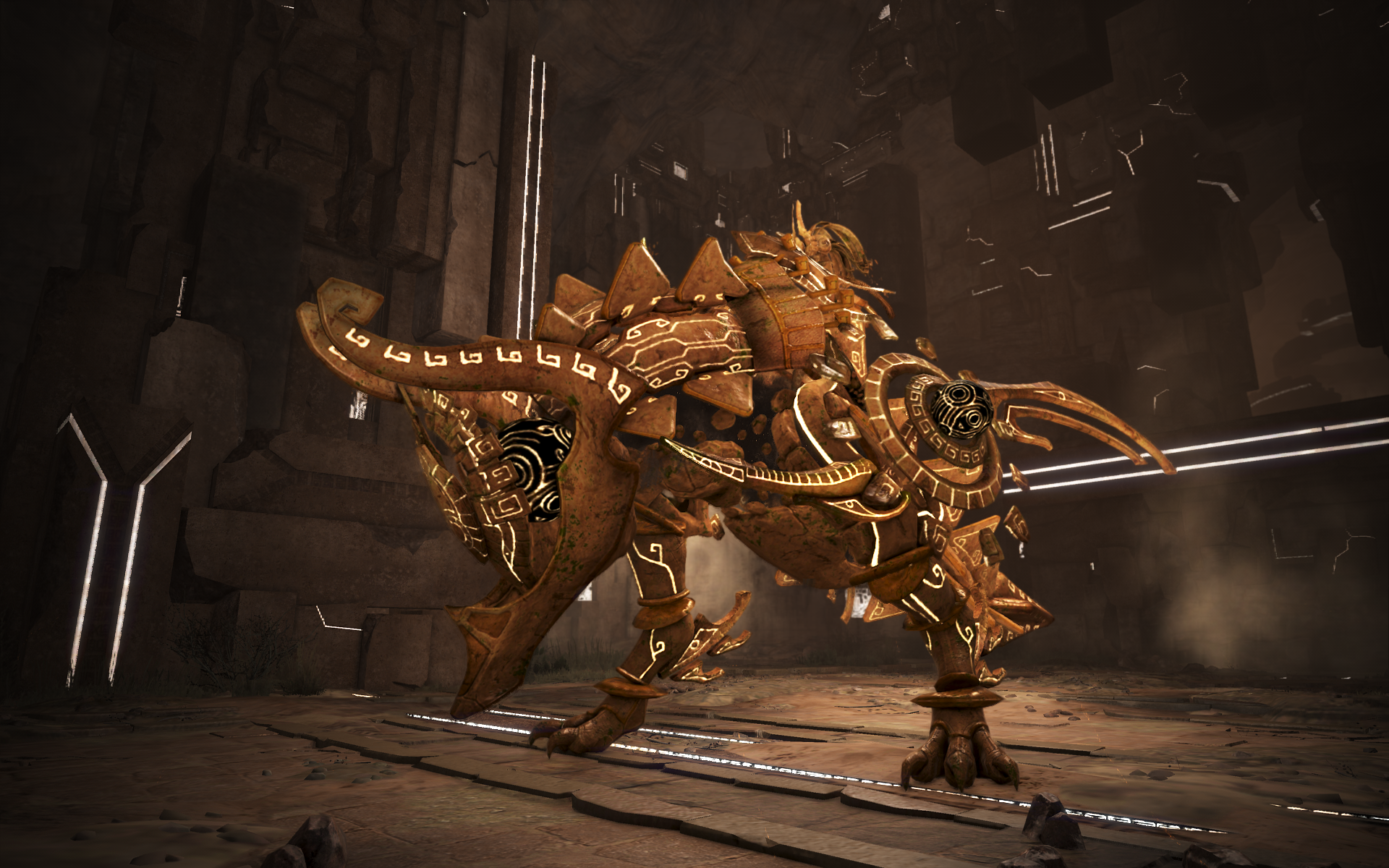 Season characters who are Lv. 60 or higher can enter the seasonal Atoraxxion dungeon.

DUO (II) Tuvala gear or higher and a full party is recommended to complete this dungeon. There are also season weekly quests and challenges with copious rewards.

This dungeon requires a bit of strategy and a party of five members to enter, so we recommend using the Find Party/Platoon function before attempting this dungeon.

- Challenge rewards are available once per Family.

- Upon completing the Challenge (Y), re-connect with your character to claim your reward.