Last Edited on : Jan 12, 2023, 16:57 (UTC)
Do you see those Shais playing music and would like to do something similar with a different class, even if it’s just a bit?
The other classes may not be able to play instruments as well as Shai does, but they can still experience more simpler, basic forms of enjoying the act of playing music.
◈ Flute & Small Drum
You can rent a flute from several NPCs in the world of Black Desert. The flute costs 1 contribution point. Some of the NPCs that rent it are for example Pulvio in Velia, and Puia in Heidel. 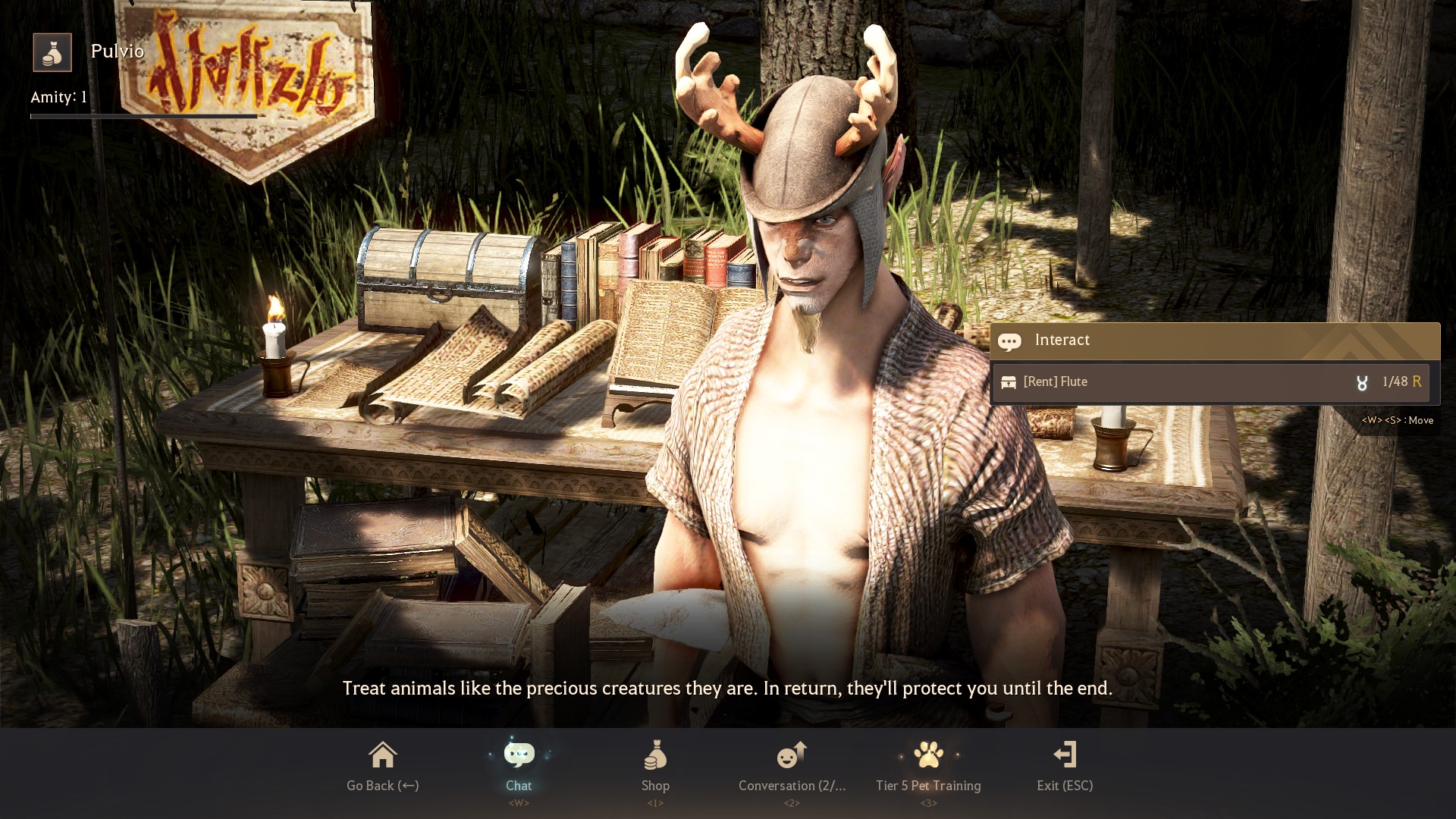 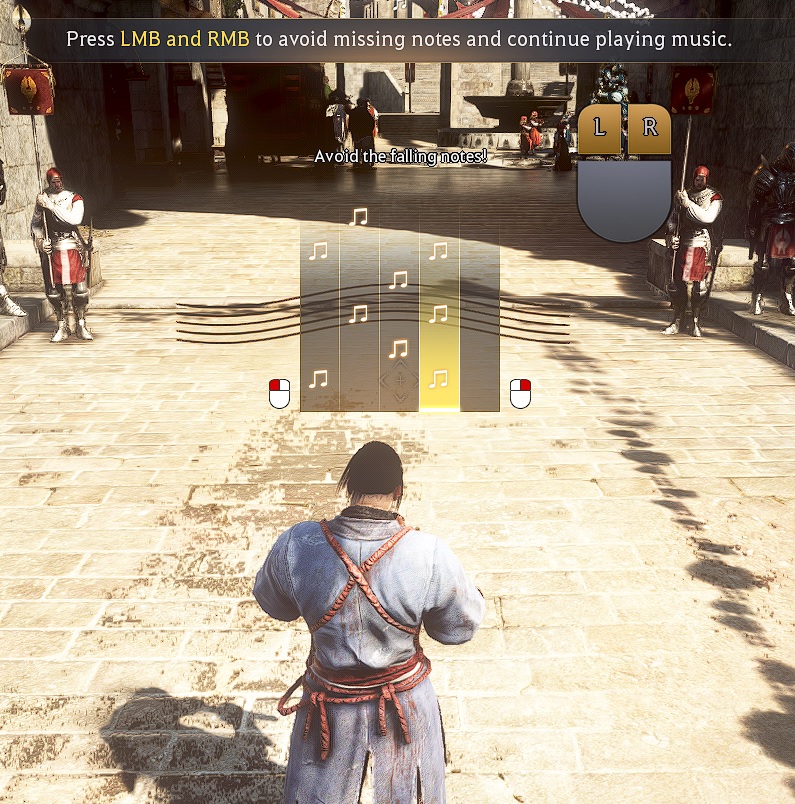 The small drum can be rented from the Choir Leader NPC in the Noble Quarter of Calpheon City. It costs 2 contribution points. 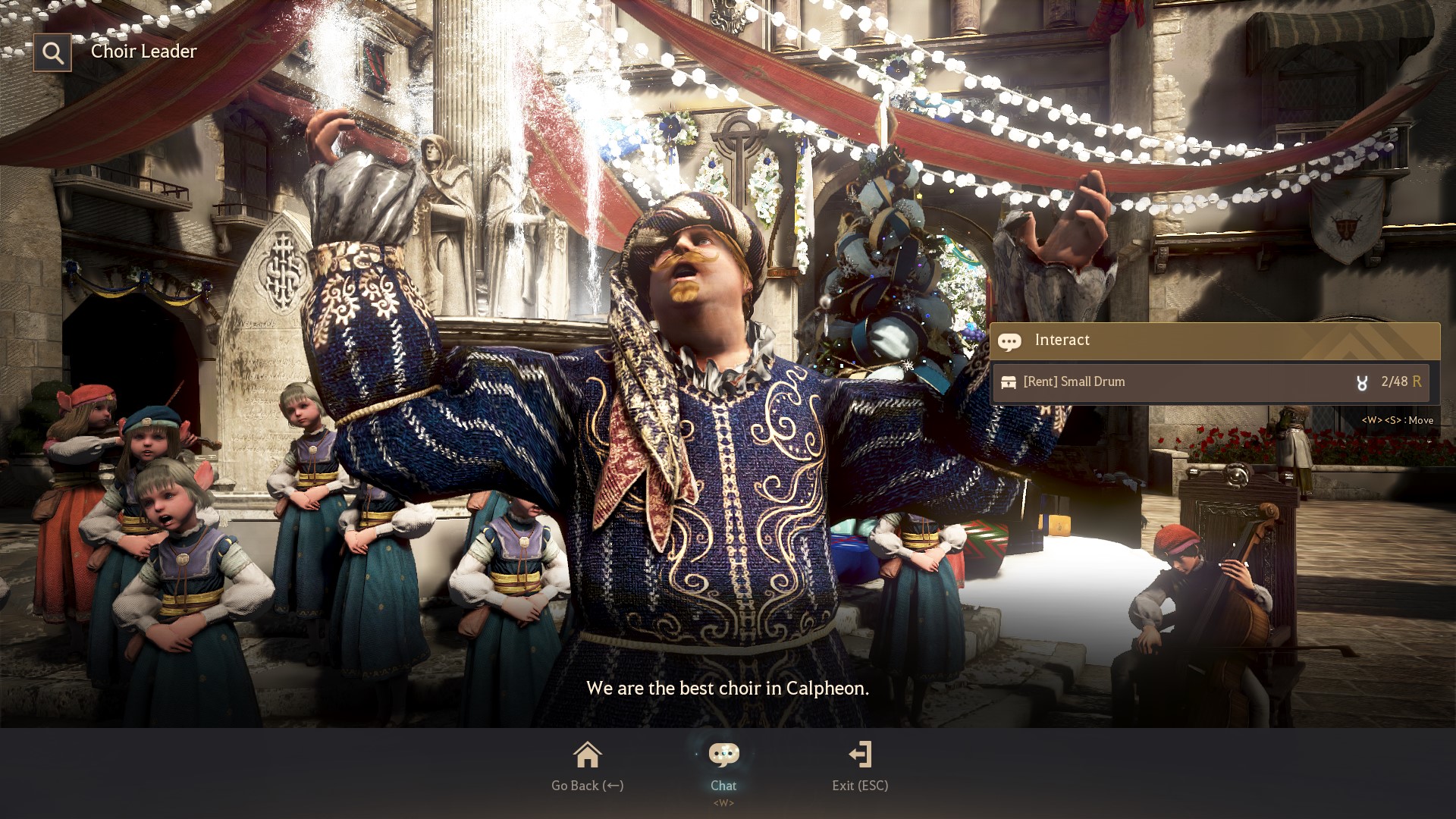 After equipping the small drum, you will see a prompt asking you to press the spacebar to start playing it. The small drum minigame works exactly the same as the flute one.
Your character will begin walking forward while playing the drum, and failing to avoid a falling note will end the action. 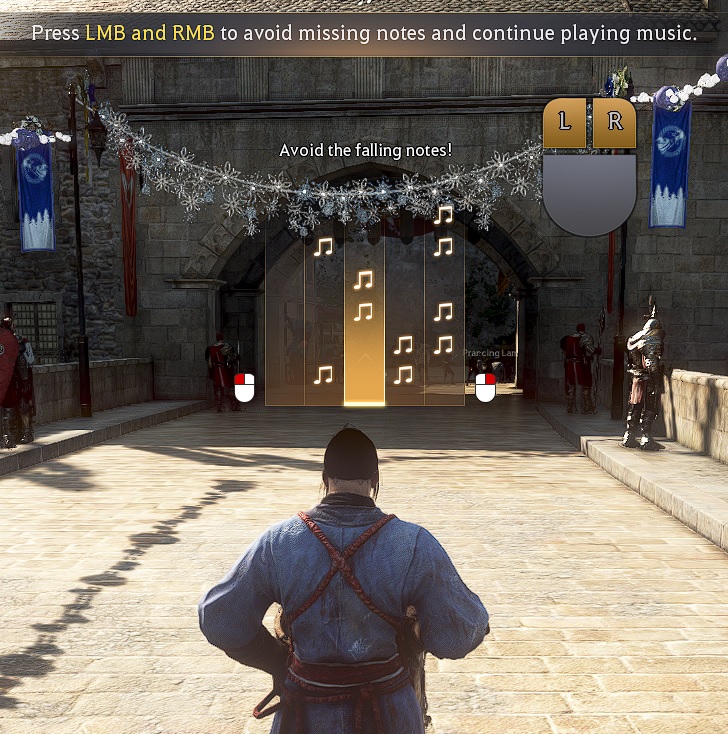 ◈ Scream Ent Cymbals
These cymbals can be obtained as a reward for completing a short questline given by the aforementioned Choir Leader NPC. The name of the first quest in the questline is Choir Supporters Request, and it can be done once by every character Lv. 35 or above. 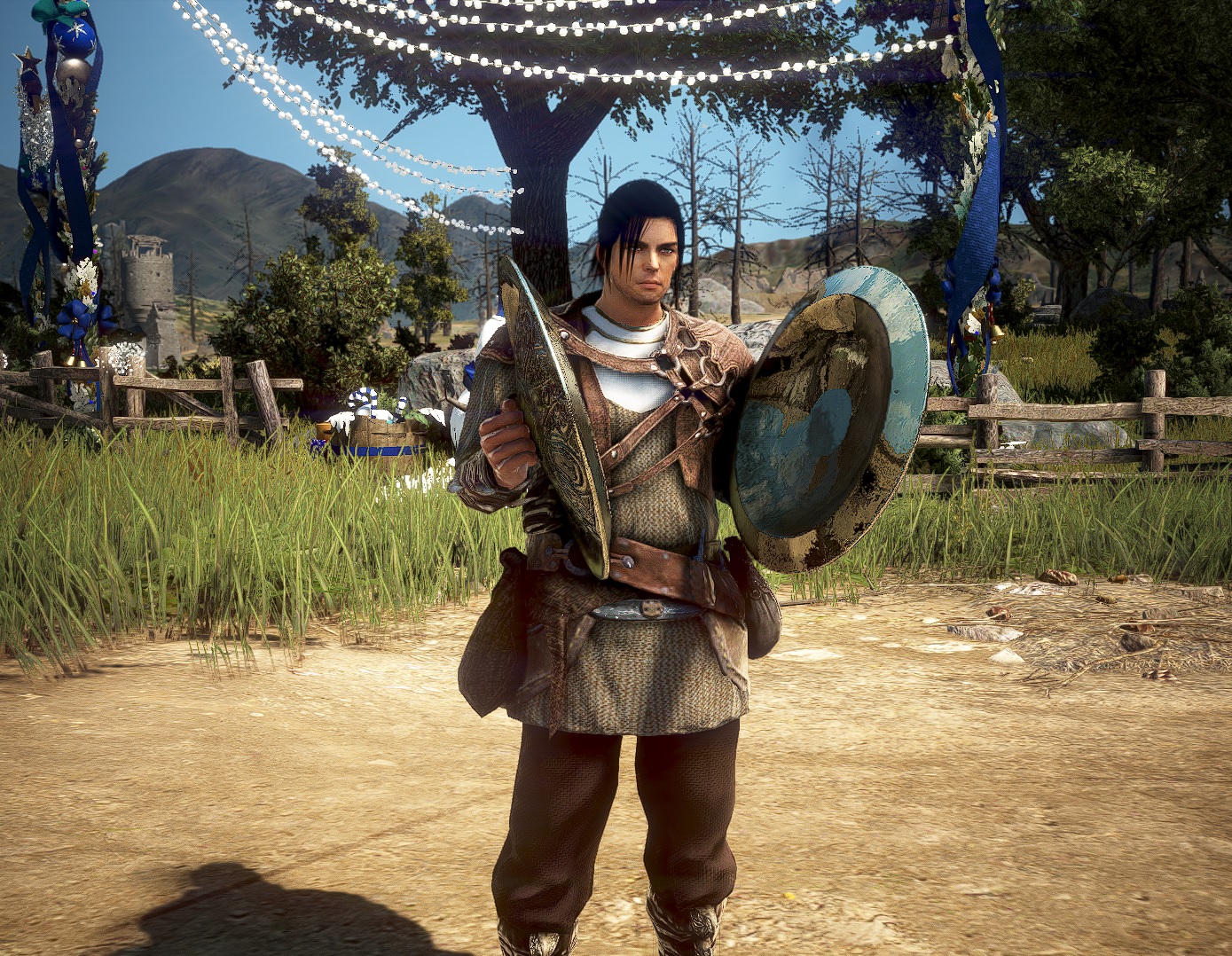 Simply equip the cymbals, press the spacebar, and your character will use them.
Please note that your character needs to stand still to play this instrument, and moving will stop the action.
◈ Garnier Guitar
Like the cymbals, the guitar is given as a quest reward. The first quest, Ever-joyful Garnier Nomad Troupe, is given by Rubin in Calpheon City, and can be done once by every character Lv. 50 or above. 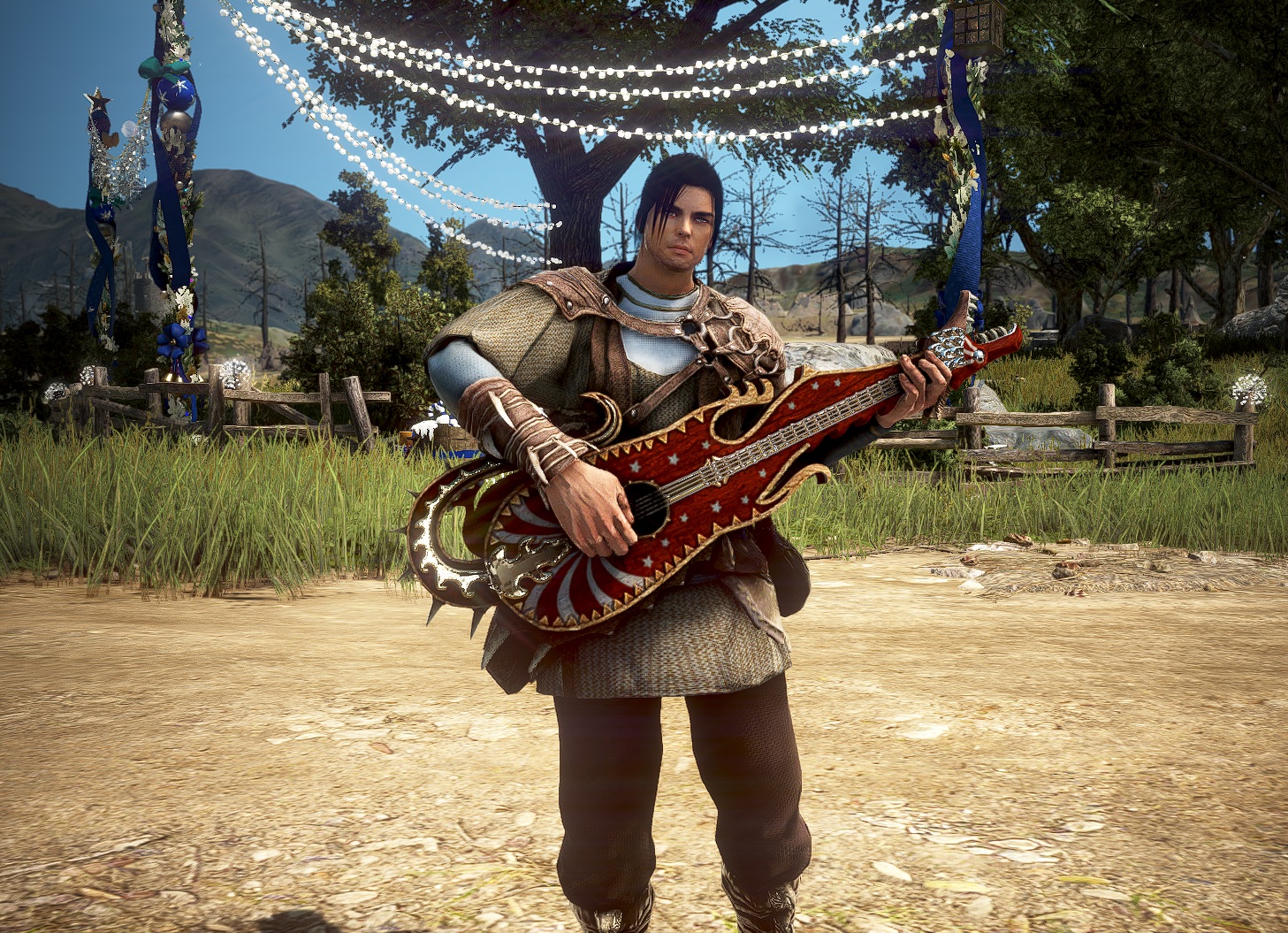 Like with the cymbals, simply equip the guitar, press the spacebar, and your character will play the tune.
Likewise, your character needs to stand still to play the guitar, and moving will stop the action.
* The content of the game guide may differ from the actual game content, depending on the update and content changes.
Request to Update Adventurer's Guide
Instruments