At your side rain or shine, it’s your Fairy Companion!

Let’s find out more about them.

Fairy Laila can be met be using Sealed Fairy Wings, and she can be obtained by completing Black Spirit quests.

There are two requirements to obtaining Fairy Laila:

- Completed either of the Calpheon main quests: “Looking for Adventurers “ or “[Boss] Witch-Hunting”.

If you fulfill one of the two requirements above, you can start the Black Spirit questline “Fairy Queen Theiah” under the Suggested tab in your Quest (O) window. 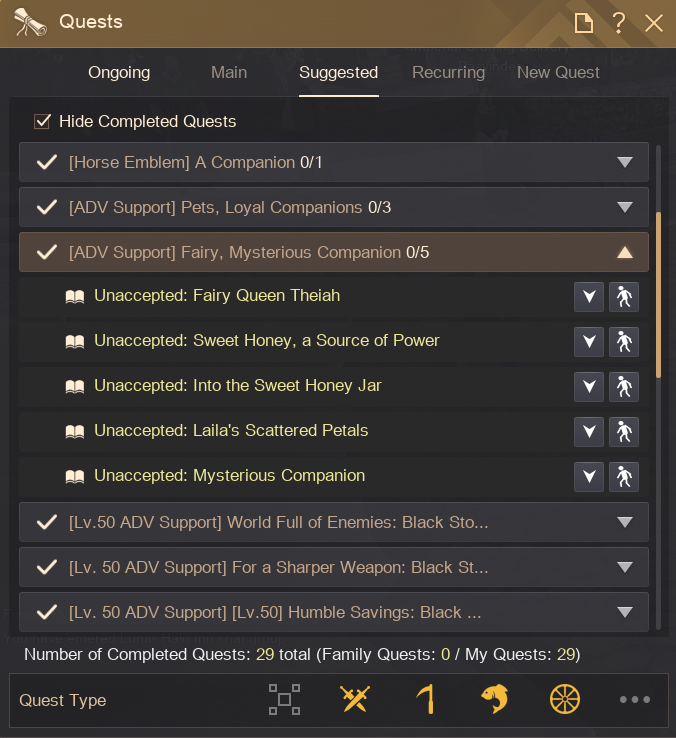 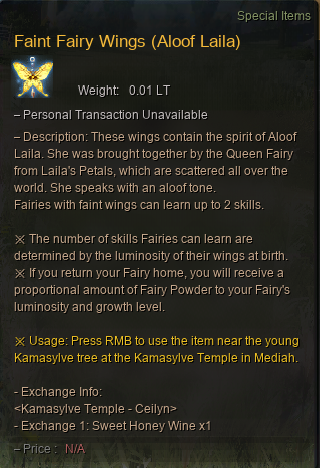 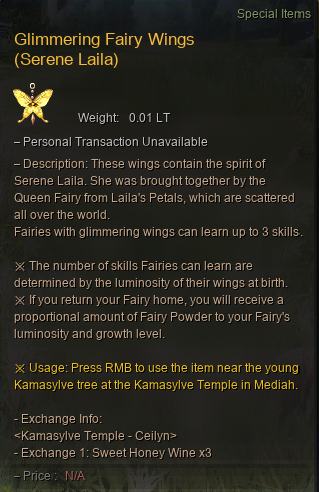 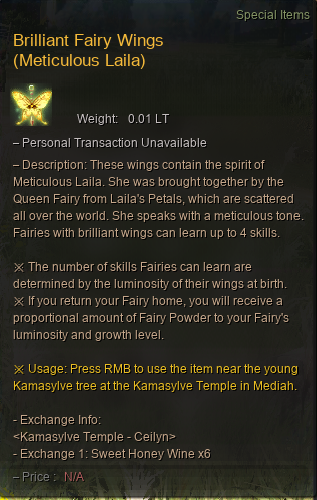 Laila’s Wings can be obtained randomly through Fishing/Gathering/Defeating Monsters.

Fairy’s skills have a maximum of 5 levels and these skill levels cannot be raised or lowered after being acquired.

Skills at the highest level will be marked with an “M” icon.

Fairy Laila has a total of 5 different possible Personas, and her Persona is determined randomly when you first obtain her.

Each Persona has a different voiceover; you can turn her voice lines on and off in the Fairy options.

Upon using the Sealed Fairy Wings to obtain Fairy Laila, her wings will be one of four; her maximum growth and number of skills she can learn will be determined by the type of wings she has.

The following items can grow Fairies.

Laila’s wings are divided into Faint, Glimmering, Brilliant, and Radiant, and her max growth and number of skills according to her wings are as below.

Once your Fairy reaches its highest level, you can try “Sprouting” to bring them to their next tier. 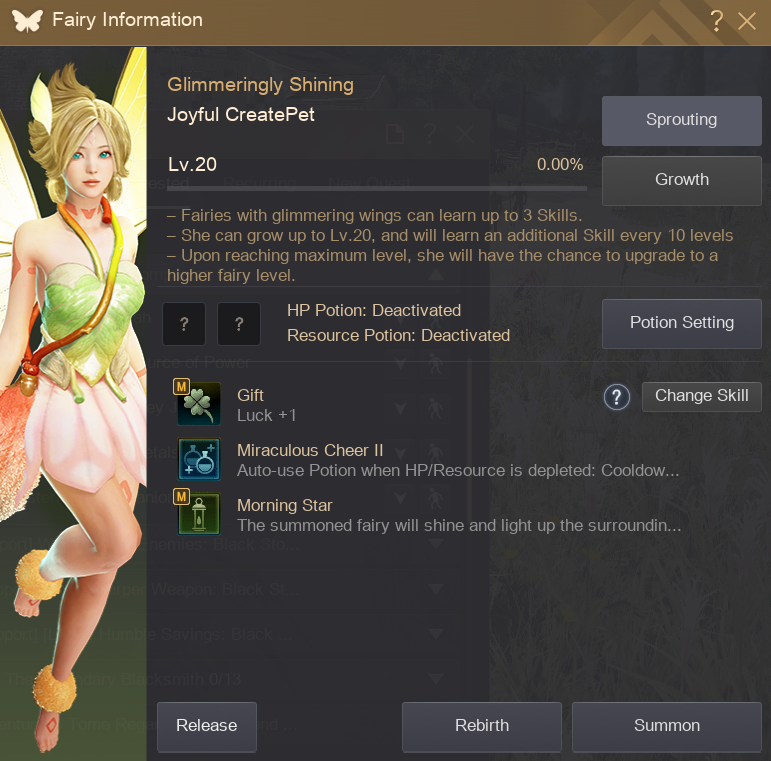 Keep in mind that Sprouting your Fairy will reset all acquired abilities, also, if you fail at Sprouting, you won’t be able to try again and only Rebirth will be possible.

Fairy Laila’s persona and growth can be changed or reset through Rebirth. 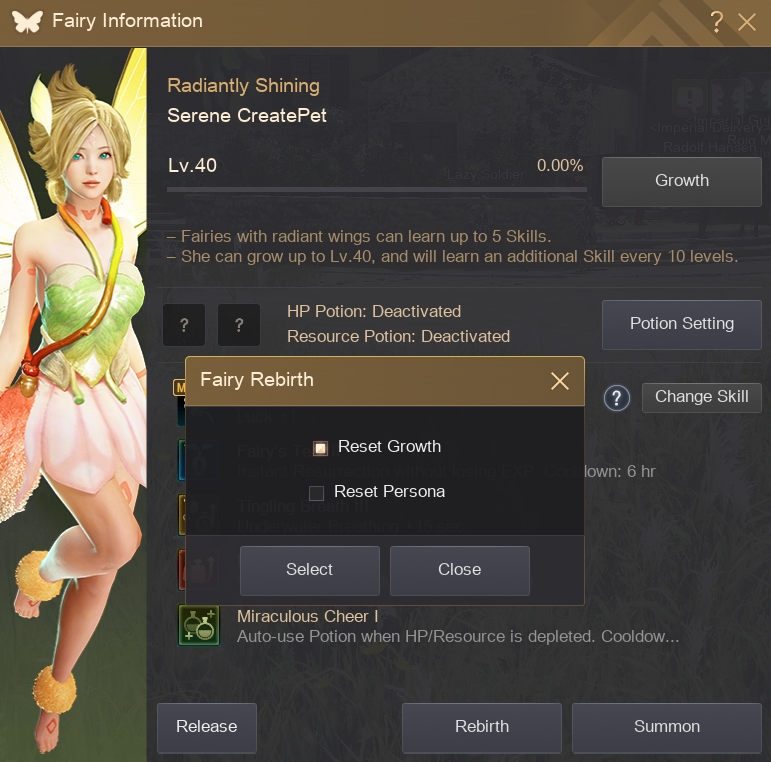 Rebirth requires Fairy Queen's Might, and keep in mind that resetting your Fairy’s growth will reset all learned skills as well.

Has your Fairy learned a skill you don’t want? Then, you can use “Theiah’s Orb” to change your Fairy’s skills. 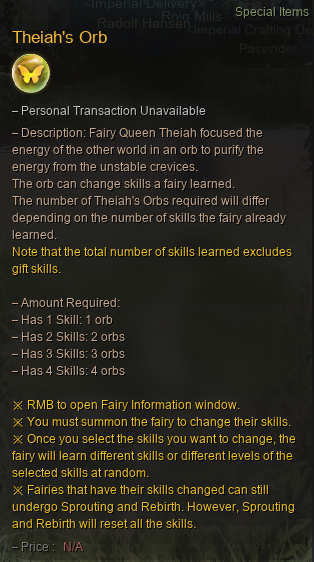